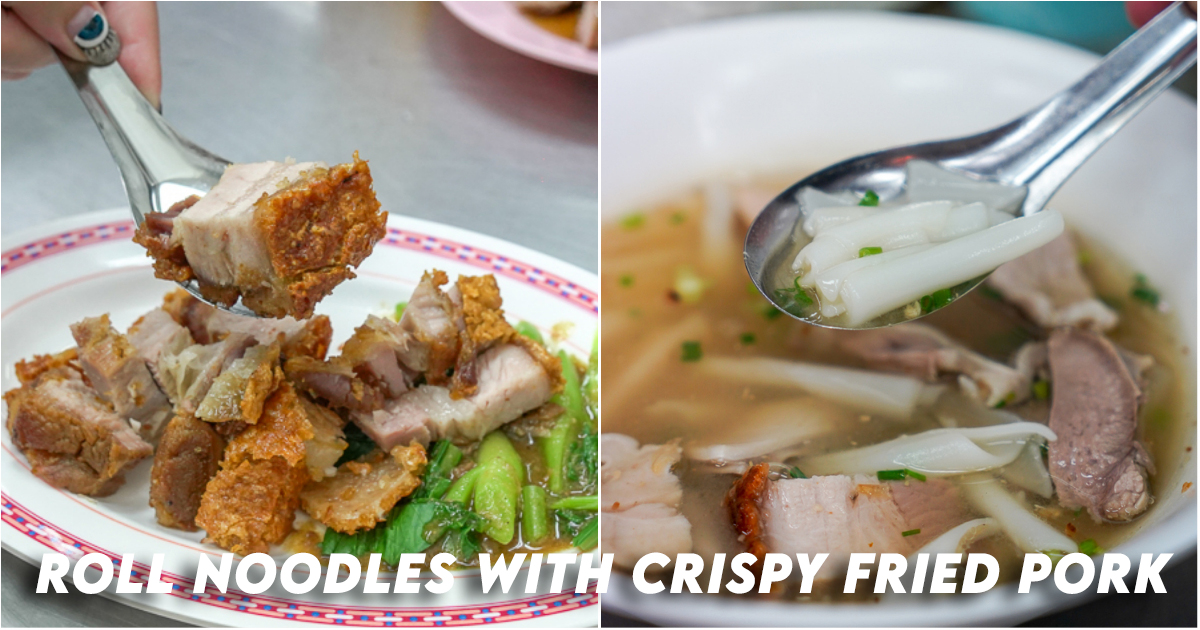 It is no secret that Bangkok’s Chinatown is a gluttons paradise that is home to rows of stalls that sell scrumptious local eats. It can be easy to be spoilt for choice here and if you just can’t decide on what to eat, we recommend that you give Nai Ek Roll Noodle a try.

Situated at the heart of Chinatown, Nai Ek Roll Noodle is a humble stall that specialises in —you guessed it — roll noodles, as well as some of the crispiest deep-fried pork we’ve ever tried.

The food here is so good that they’ve even earned themselves a place in the Michelin Guide.

Started in the 1960s by a man from China called Nai Ek, Nai Ek Roll Noodle began as a simple pushcart stall. As his reputation grew, Nai Ek eventually set up a shop along Chinatown in 1989 and the rest is history. 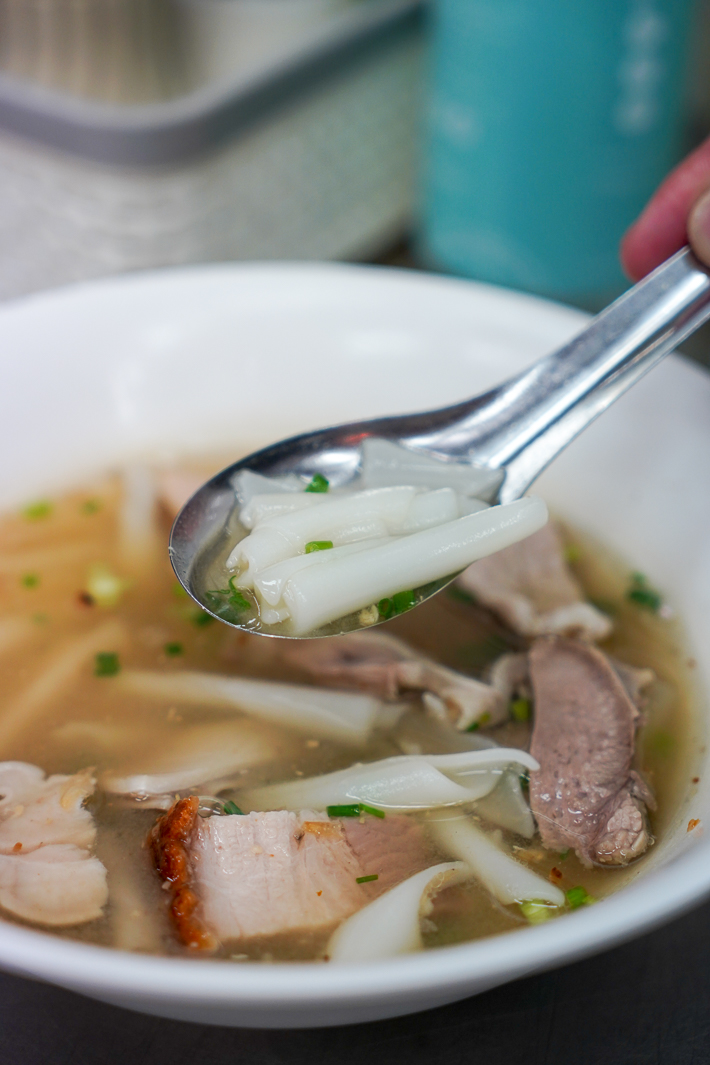 The spiral-shaped noodles are cooked to a nice al dente and its shape gives it an interesting texture that complements the rest of the ingredients. We also love how the variety of innards and meats gave the dish a lovely meaty bite as well as provided the soup with plenty of umami. 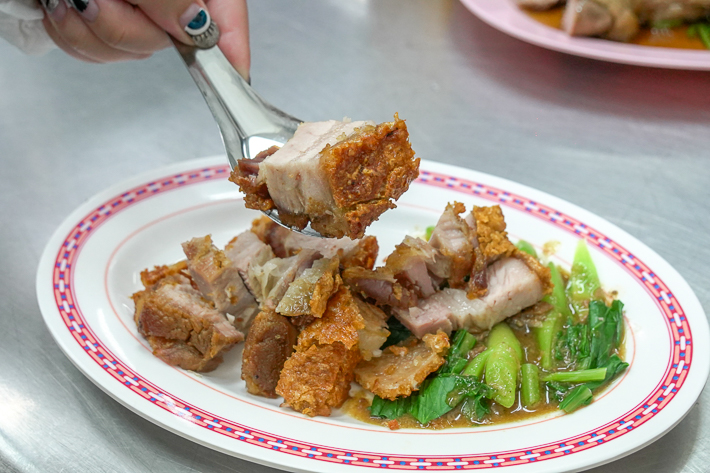 There are few things as satisfying as a plate of outrageously crispy deep-fried pork and the ones here at Nai Ek Roll Noodle slams every other pork dish we’ve ever had out of the ballpark.

The Deep Fried Crispy Pork (100 baht) features a plate laden with generous chunks of pork that have been fried to a lovely, golden brown crisp. Each and every bite of pork you take unleashes a myriad of flavours as well as a satisfyingly loud ‘crunch’ that can be heard from a few tables away.

The true mark of a good plate of pork is how long it can remain crispy and the pork still remained as crispy as ever even after we had taken our time to snap some shots of our food before tucking in. 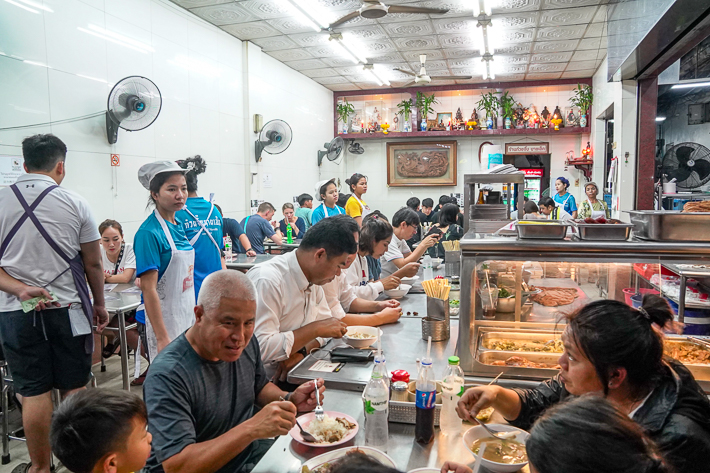 We can definitely see why Nai Ek Roll Noodle is part of the Michelin Guide and we really hope that you’ll give it a try the next time you’re in Bangkok.