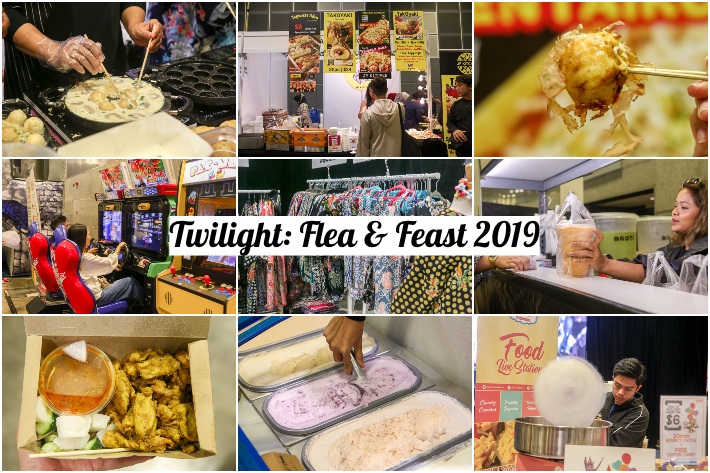 Gluttons, prepare your stomachs for an intense feasting session as Twilight: Flea & Feast will be back again this year with a smorgasbord of scrumptious grub. Inspired by the weekend food markets in Australia, this much-anticipated event will house a tantalising array of street food from all around the world.

This year, you can look forward to stuffing your faces silly with goodies from over 50 Muslim-friendly stalls that will be selling an exciting selection of foods that include the likes of beef cubes, poke bowls and takoyaki.

After filling your bellies, take a break and head on over to the arcade zone and retail booths to take part in the many exciting activities available. You can also support some of our local talents who will be performing during the event.

Here is a peek of what you can expect this weekend! 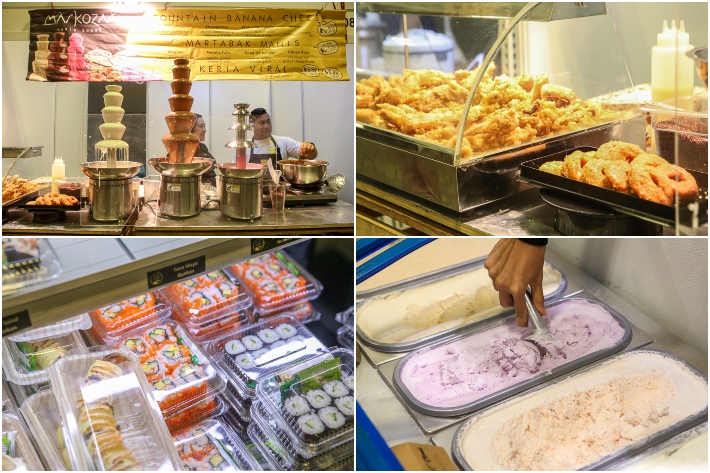 There were a plethora of different food stalls here and we were completely spoilt for choice. We tried a few different items and here is what we thought about them. 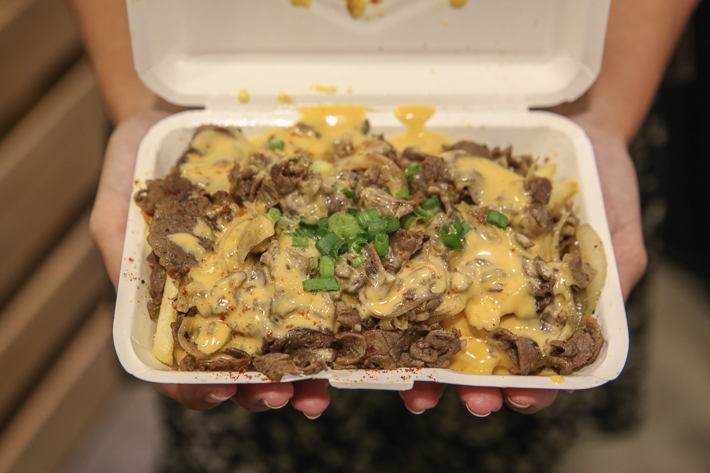 Meat My Meat specialises in western grub such as Philly Cheesesteak (S$6) Cheezy Popcorn (S$5.50 and Poppy Cheezy Sandwich (S$6). We tried the Cheesesteak Fries (S$6.50) which featured tender beef chunks draped across a bed of golden brown fries and smothered in a generous amount of cheese. Each mouthful was packed full of umami and cheesy goodness and for the price point, it was really worth it. 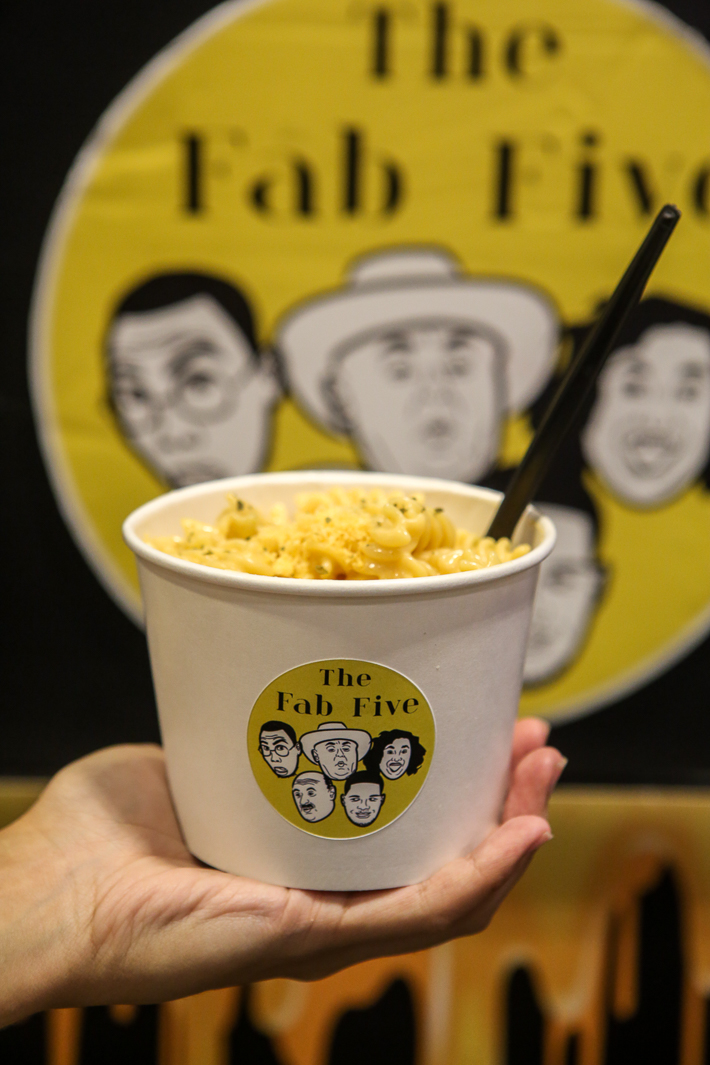 This simple, unassuming bowl of Classic Mac & Cheese (S$8) stole the show and was easily our favourite food item here. Each serving features spiral pasta drenched in a thick, cheesy sauce that managed to be flavourful yet not cloying at the same time. Though S$8 may seem a little steep for Mac & Cheese, trust us when we say that it is worth every cent. 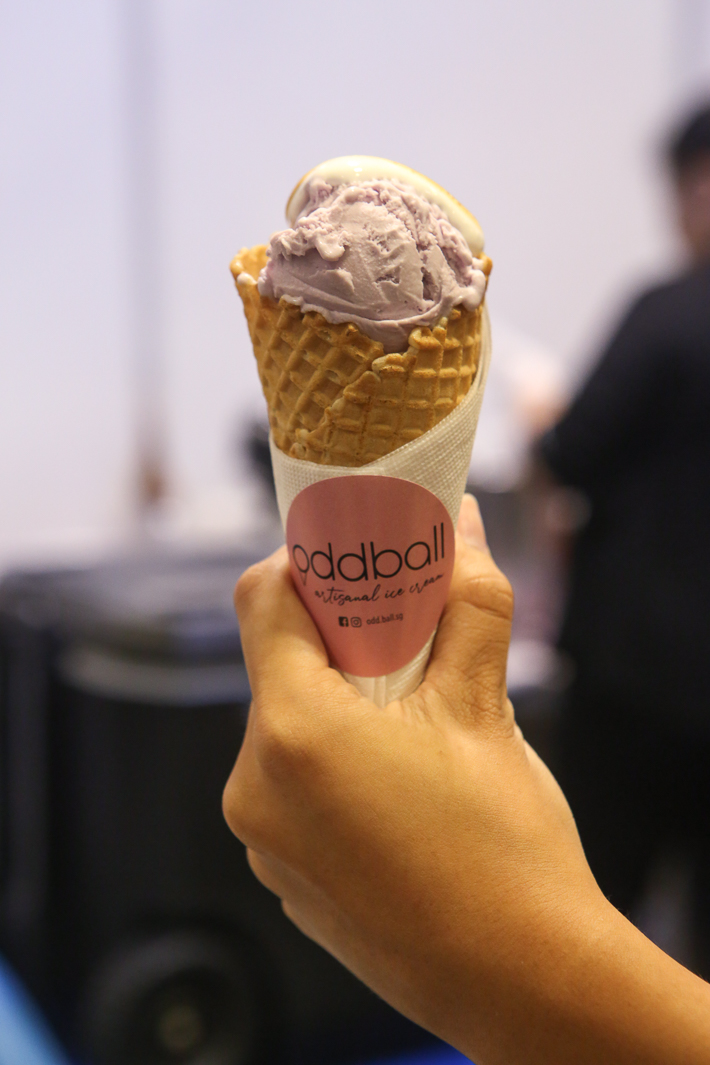 Out of the 6 stalls we tried, this was an utter disappointment and a massive waste of money. The photos plastered across the storefront depicts a picture of a generous scoop of ice cream perched atop a crisp golden brown cone and topped with a creamy dollop of nicely scorched meringue.

In reality, we were served a sad scoop of ice cream that was so small that it could barely be seen from the top of the cone. We were hoping that the meringue would make up for the ice cream’s lack of size but instead were shocked and disappointed to see them squirt out a deflated, watery layer of meringue onto the top of our ice cream before carelessly torching it.

We tried the Lavender Honey flavour (S$8) and the ice cream itself was light and creamy with subtle hints of lavender and honey. It was honestly a huge shame because this stall had so much potential but it was completely wasted. We do hope that they buck up a little and start serving their customers proper, well-presented food before they disappoint more people. The queues for this stall were long and intense but we assure you that it is well worth it!

Lydia Izzati serves her satay without sticks in a brown paper box and each one is generously stuffed with chunks of succulent grilled meat that were well-marinated in a nutty, savoury suace. We ordered the chicken satay (S$7) and while the price point is a little steep, every cent is worth it and we can understand why people were willing to wait almost 20-minutes for a box of these ambrosial meats. Broti specialises in massive drinks that can easily be shared amongst a group of 2 to 3 people. We got ourselves a Charcoal Matcha (S$4) that came in a gargantuan cup that was filled to the brim. The drink managed to be sweet without being too cloying and the earthy flavours of the matcha and charcoal thoroughly complemented each other. JP Kitchen specialises in scrumptious takoyaki and Japanese oden. We had a go at their takoyaki and were not disappointed at all. You can order a box of either 5 or 10 takoyaki and we love how each takoyaki was plump and satisfyingly chewy. The dish was also enhanced by the spicy sauce that she doused the takoyaki in which provided the dish with a subtle amount of heat. 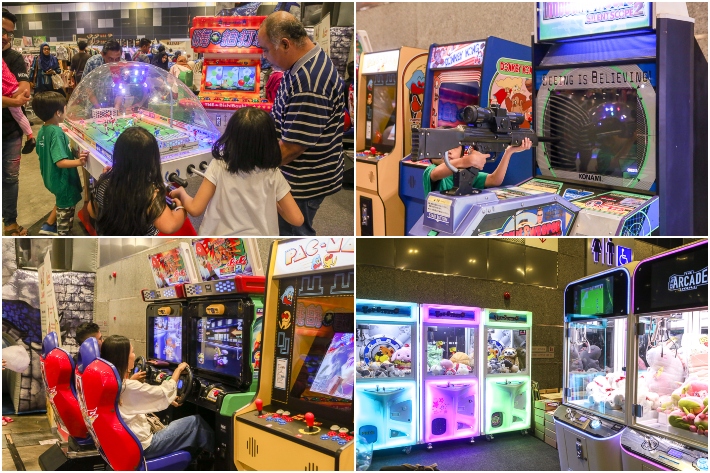 Arcade-lovers will be thrilled to know that there are a whole array of games to partake in here at Twilight: Flea & Feast. You can look forward to classics such as Mario Kart, claw machines and Retrocade. 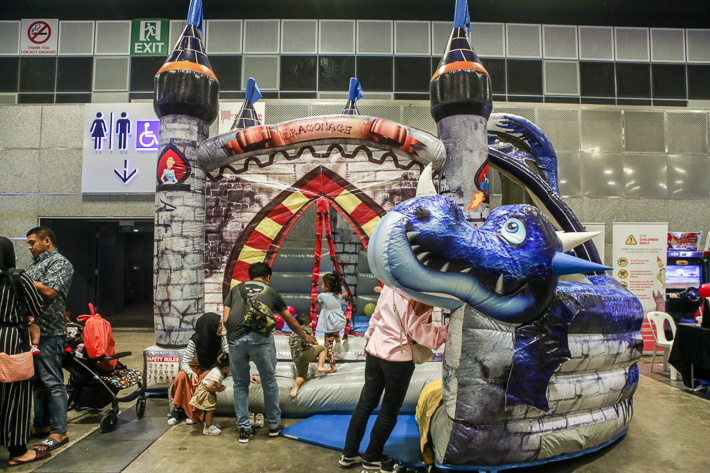 Kids will also enjoy the massive bouncy castle next to the arcade section! 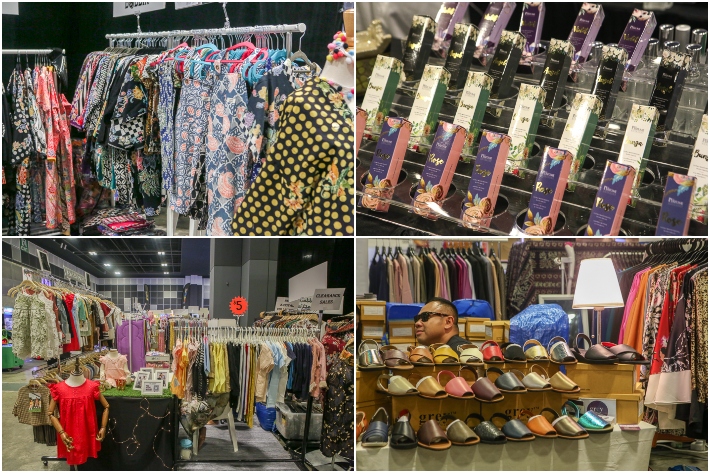 Make sure that you have enough money in your pockets to check out some of the retail booths here. All booths are owned by local businesses, so support a homeboy out by purchasing a little something from these stalls! You can look forward to brands such as Soul Singapore, Knick Knack, Dainty Dangles and Twokitz. 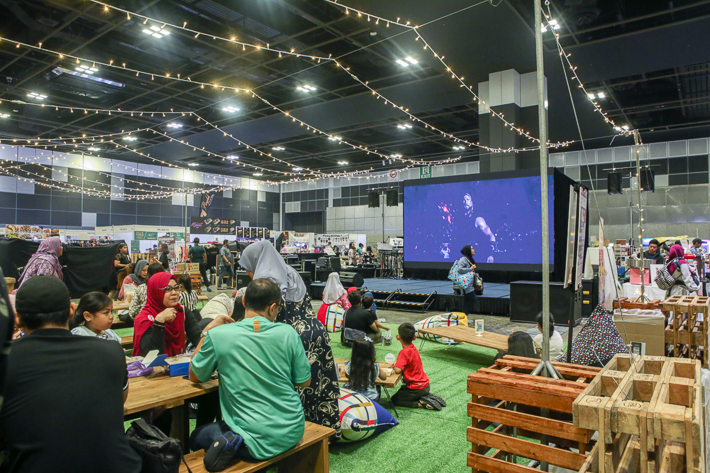 Tired after a hectic day of eating and shopping? Sit back, relax and watch one of the movies that they will be screening. You can look forward to popular shows such as Kung Fu Panda 3, Star Trek and Bumblebee.