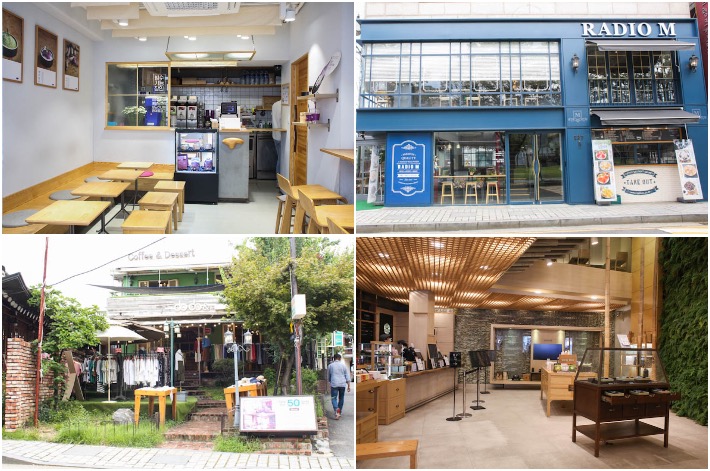 Anguk-dong in Seoul is one of the few neighbourhoods in Seoul where you can see an interesting juxtaposition of old and new architectural styles, featuring traditional Korean houses made from bricks contrasting with modern shop fronts.

Its favourable position near tourist attractions such as Gyeongbokgung Palace and Bukchon Hanok Village has made Anguk-dong a popular destination among those who are interested in culture and cafe hopping.

Here are 8 Places To Check Out In Anguk-dong, Seoul.

Aesthetically pleasing desserts are everything but where better to enjoy them than C Flamingo? The dessert cafe at Anguk-dong may not have real flamingoes but it certainly has an appealing array of cakes and beverages. 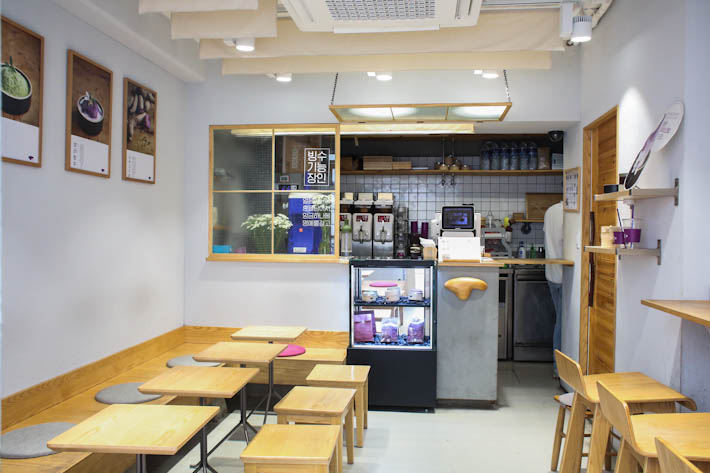 One of the better-known dessert cafes in Anguk-dong, Cafe Bora’s speciality is their Purple Sweet Potato Iceflakes which is essentially bingsu made with sweet potato. Other bingsu flavours you can get there are Green Tea and Strawberry.

For those who are not a fan of bingsu, Cafe Bora offers other sweet treats including Sweet Potato Ice Cream, Steamed Sweet Potato Bun and Chickpea Ice Cream. 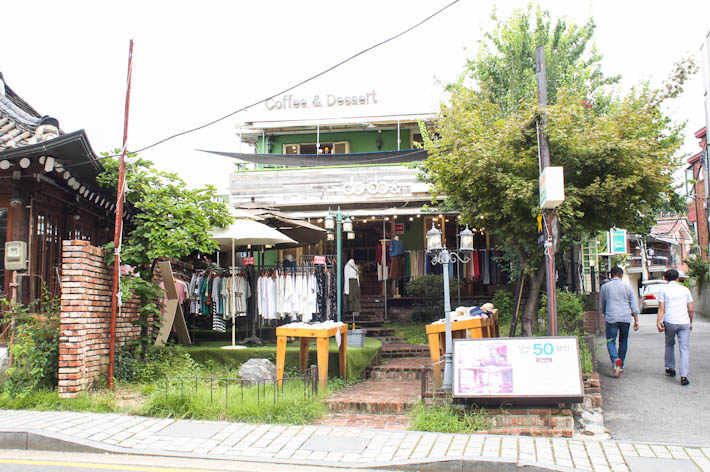 Visitors are welcomed by the sight of a lovely front garden as they walk into dodo. The cafe specialises in coffee, but you can also find food like tacos (W6,000), hamburger (W7,000) and their signature waffles (W13,000) on the menu. 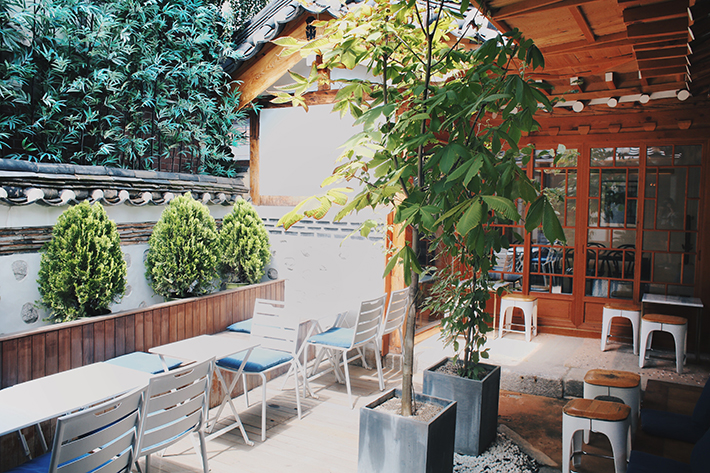 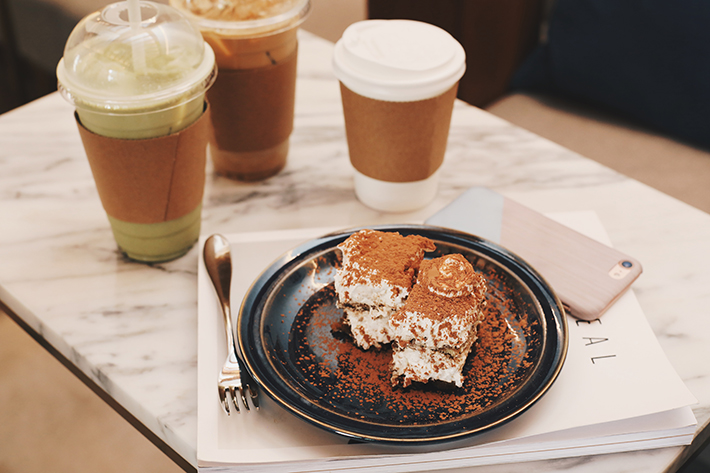 We are letting you in on a little secret that we found out at GLOBO Coffee Faktory—there is a secret hideout nestled within the cafe! Just looking at the modern entrance of the cafe, we could hardly believe our eyes when we found out that there is a hidden spot that looks almost like a traditional Korean tea house.

GLOBO Coffee Faktory roasts their own coffee beans in-house with a large probat roaster and guests are able to choose up to seven different types of coffee beans from around the world. 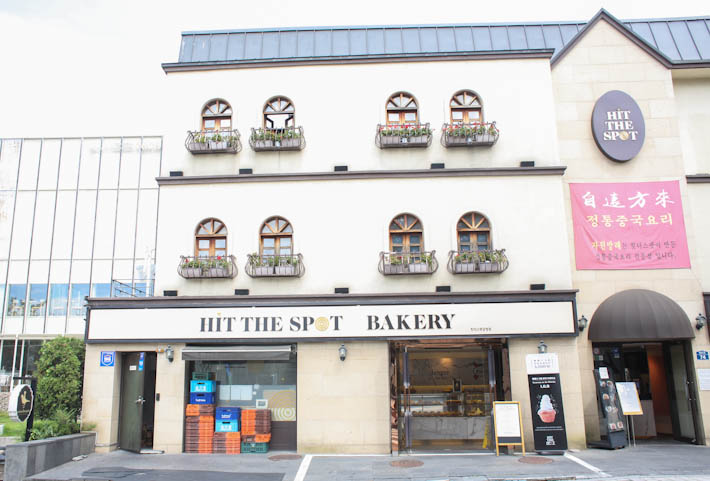 You cannot miss this two-storey French bakery which serves an impressive array of artisanal fresh bakes. If you cannot decide what to order, go for their best seller which is the Ice Cream on Brioche.

Mukshidonna Tteokbokki is a simple Korean restaurant that focuses on serving stews in a communal pot, and the stew is up to you to customise. The base is basically the same stock, and you pick from an array of ingredients to go into your pot. 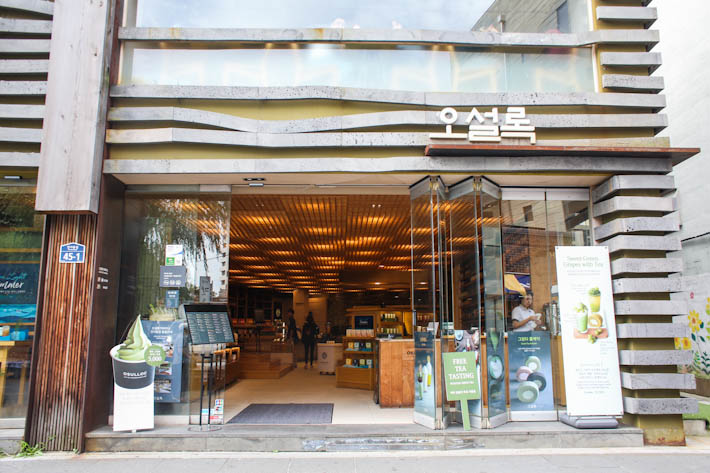 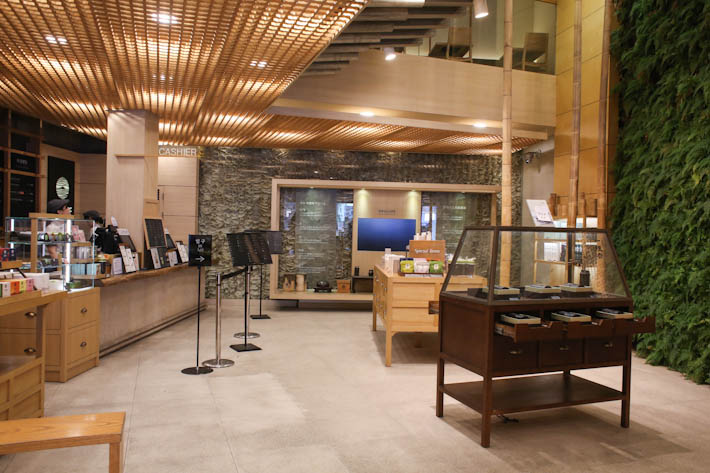 O’sulloc is a tea salon in Seoul that pays homage to Korean green tea from Jeju Island, with branches in Myeongdong, Apgujeong, Insadong and Daehangno. With green tea as the core ingredient, the cafe offers ice cream, tea, green tea milk spread and more.

There are also tea accessories sold in the stores for you to purchase as souvenirs or for individual use back at home. Another dessert cafe at Anguk-dong neighbourhood, Radio M is a paradise for those with a sweet tooth. Their attention is focused on three things only—coffee, desserts and bingsu. If you are not intending to stay for long, you can also grab a cup of coffee, tea or smoothie on the go at their takeout counter.