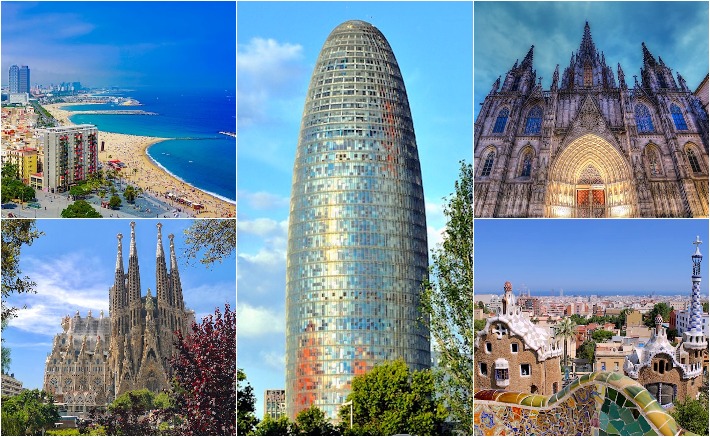 Whether you are a die-hard fan of FC Barcelona, an architectural enthusiast that salutes the works of Antoni Gaudí or simply an admirer of the surreal Spanish coasts, Barcelona is a magnet for tourists from all over the globe. Catalonia’s cosmopolitan capital boasts an eclectic mix of diverse culture, tantalising tapas as well as a rich architectural history.

It certainly is not difficult to fall in love with this Spanish city, especially in the presence of its hospitable locals and breathtaking scenic spots. Amidst modern skyscrapers and colossal shopping plazas, there still lies picturesque monuments that have withstood the test of time and give Barcelona its irresistible charm.

This list puts together the top 12 places and sights that you simply must visit to be able to better fathom the reason why Barcelona is what it is today. Here Are 12 Notable Places In Barcelona To Witness The Catalan Capital’s Charms. 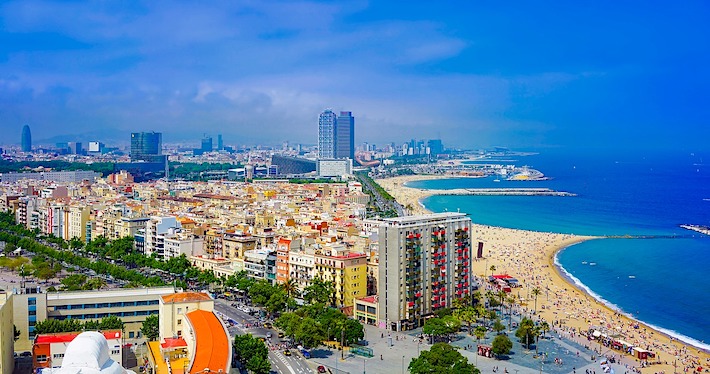 A vacation is somehow never complete without a beach escapade. Barcelona has many platjas (beaches in Catalan) that line its mesmerising Mediterranean coast and these are perfect spots for beachgoers to just bask and lounge around the golden sandy shores.

The most popular one is Barceloneta Beach with its surplus of entertainment, a full suite of water sports and an amazing range of chiringuitos (beach shacks that serve casual food). As it is also in close proximity to the city’s main attractions, you can maximize your time and incorporate sightseeing during the day and chill the evening away. 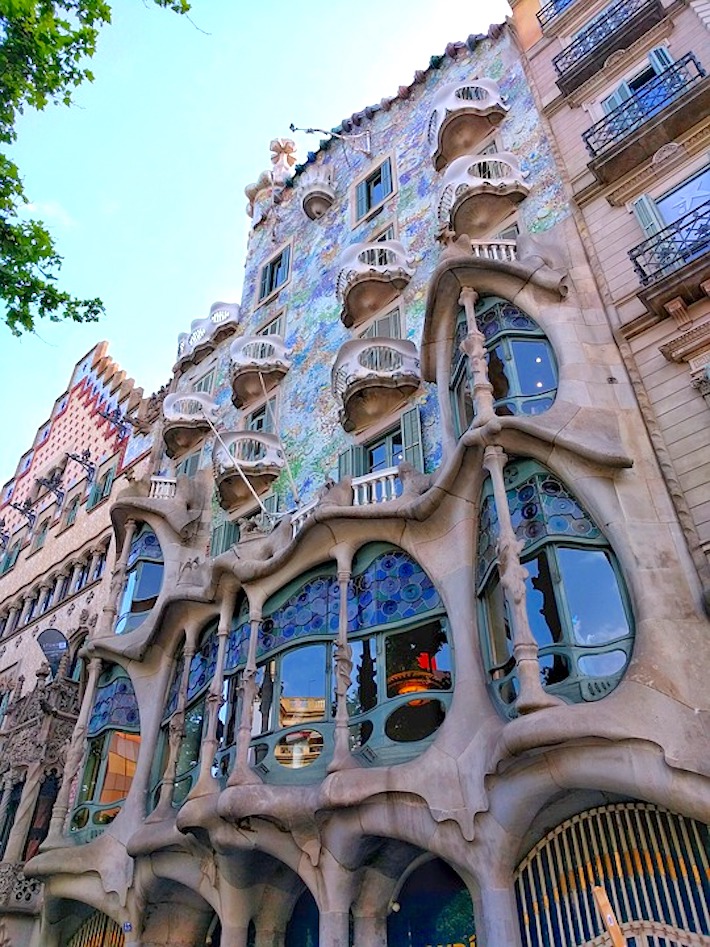 Barcelona is also perennially a popular destination due to its architectural wonders. Peacock-coloured Casa Batlló is one classic example, nestled along the bustling Passeig De Gràcia.

This modern restoration of a house from back in the early 19th century boasts refined architectural details from its unique façade and by the vast visual repertory the interior has to offer. Make use of the free Wifi within the building and share these brilliant photos with your loved ones back home. 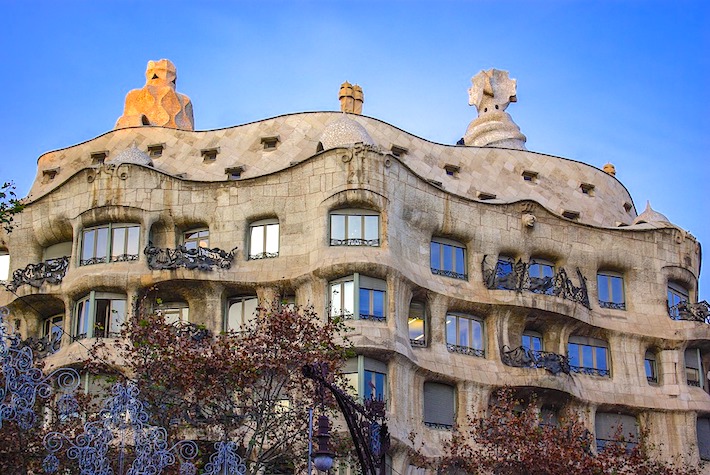 Casa Milà is another stunning masterpiece that lines the notable Passeig de Gràcia. Since its inception in 1912, this undulating landmark is exceptionally unique as there is not a single right angle that can be found throughout the whole building!

Natural colours and rounded shapes adorn the walls and the panoramic views from the rooftop will leave you awestruck. The hidden gems of the Gothic Quarter pose as remnants of the city’s glorious past as a former Roman village. Beautiful cathedrals can be found scattered all around featuring intricate details and tranquil courtyards. Pick a spot and just immerse yourself in the serene settings.

The narrow, winding streets create a labyrinth and you may find it a tad confusing to navigate your way. Grab a city map and be sure to note important landmarks as you stroll around. This colossal food market boasts a spectacular edifice and visitors simply cannot give this renowned place a miss. The vibrant stalls brim with colourful, fresh produce for the day and dining spots dole out delectable Catalan cuisine for you to sample.

Located along the iconic La Rambla Street, you can find exotic spices, fresh seafood and juicy fruits from over 300 stalls that trade both international and local produce. The market is also frequented by acclaimed chefs who seek to suss out inspiration from this lively food haven. 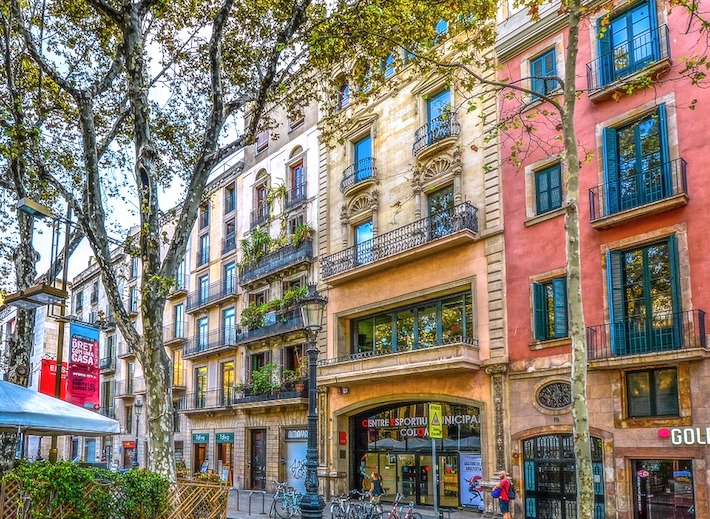 Barcelona’s central tree-lined boulevard is a hub like no other. This lively promenade attracts throngs of visitors to its chic tapas bars, a plethora of shops and entertaining street artists.

If you wish to indulge in some retail therapy, be sure to check out El Corte Inglés right at the end of La Rambla Street. It is synonymous with the American version of Macy’s or Nordstrom where you can purchase everything under the sun from furniture, new apparels and even gifts to take home. Remember your luggage count though! Probably one of the most popular tourist attractions in Barcelona, this visually intriguing monument welcomes many visitors on a daily basis who wish to witness the grand architectural wonder of the late Antoni Gaudí. The construction of this sacred basilica has spanned a century and still has a few decades to go before its official completion.

Religious symbolism is entwined with themes of unusual geometric forms that result in an extraordinary silhouette. This jaw-dropping work-in-progress is living proof that even though Gaudií has passed on, his legacy continues to live and thrive even in an era of modernity. 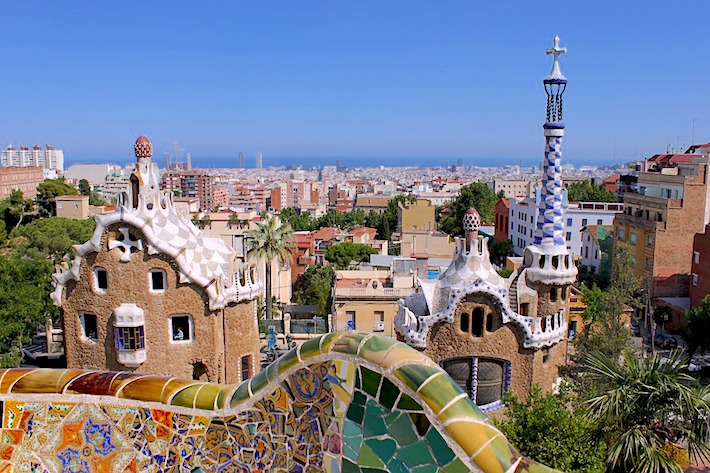 This prominent hill cannot be overlooked for its stellar views of the Barcelona harbour is unrivalled. It is highly recommended for you to either take the cable car or funicular so that you get awesome views courtesy of the vantage points.

The Montjuïc Castle is another notable landmark worthy of a visit. Aside from the castle, the area is also home to a myriad of museums, artisan villages as well as cultural centres that host temporary exhibitions for you to enjoy. Take your time at Montjuïc and be sure to enjoy all that it encompasses. 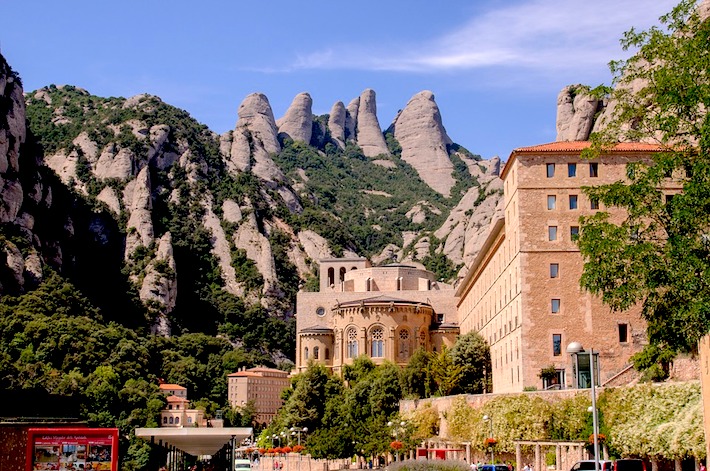 A stark contrast from the hustle and bustle of the city, Montserrat, which translates to serrated mountains, is the exact opposite due to its relaxing and calming atmosphere from a pretty high elevation.

Millions of pilgrims gather at this spot to pay homage to the statue of the Virgin Mary of Montserrat whom they believe has performed numerous miracles. For nature explorers, this peculiar mountain range also makes for an apt hiking adventure as you soak in impressive views till you reach the monastery.

Inscribed as a UNESCO World Heritage Site, this vivid garden complex is home to several key buildings including Antoni Gaudî’s residence. The enchanting attraction is perfect for those who wish to delve deeper into Gaudî’s brilliant works.

It is wise to purchase your tickets in advance for Parc Güell due to its huge popularity. You would not want to be told that the tickets are sold out after painstakingly going all the way up to the top where the park entrance is. This is one of the landmarks in Barcelona that you must visit. 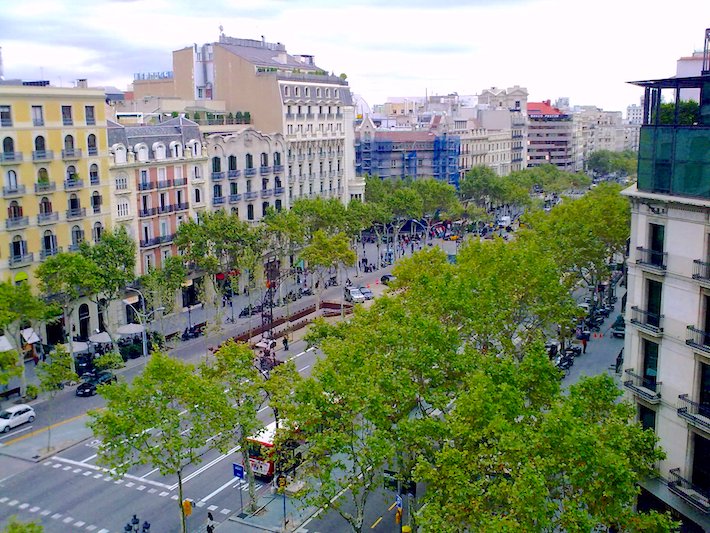 For a better depiction of this hotspot, you may want to picture Paris’ Champs-Elysées. Passeig De Gràcia is every shopper’s paradise with a mix of lavish designers’ boutiques as well as affordable stores that will not burn a giant hole in your pocket.

You will definitely need a few hours (or even days) here as there are a lot of shops to cover albeit the seemingly short street length. Every nook and cranny has something to offer so make sure you invest your time wisely here. 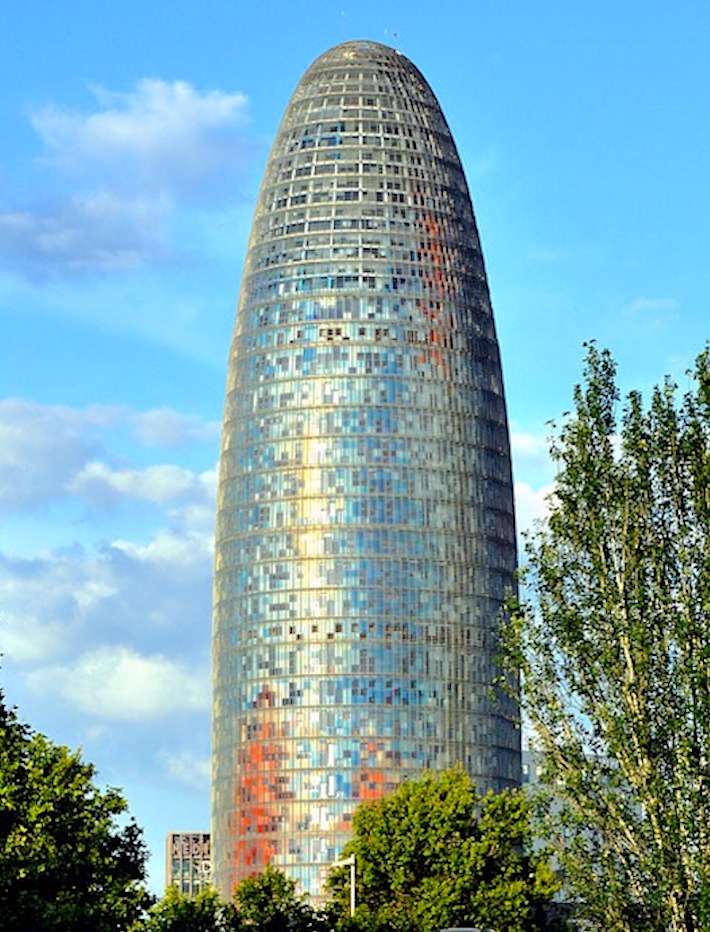 It is only proper for another architectural wonder to round up the list of places that make Barcelona absolutely charming. Torre Glòries is symbolic of contemporary Barcelona with its modern bullet-shaped structure and glass-panelled exteriors.

The 38-storey tower also acts as a gateway for Barcelona’s new technological district. At night, this building illuminates the skyline with a kaleidoscopic light display that is certainly a feast for the eyes. Get your cameras ready for this one!

For more recommendations, read our Barcelona travel guides to discover the best places to visit in the city.