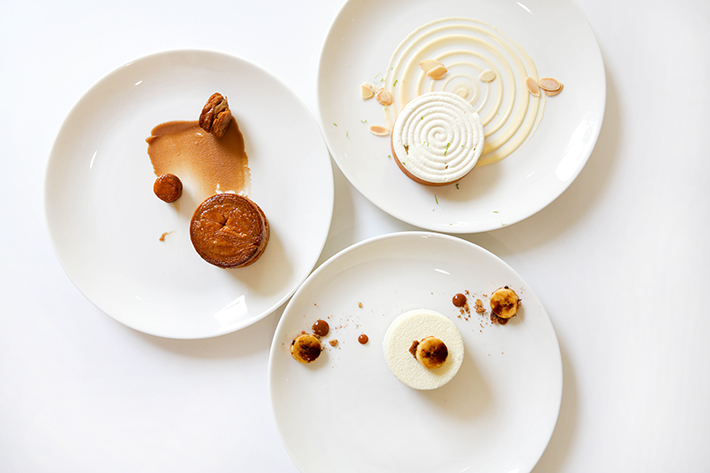 Lee’s Confectionery, the newest gem in the West of Singapore, is tucked away in a quiet neighbourhood of Jurong East. Near the entrance of an HDB carpark, it’s a sight that would intrigue many. Its glass walls display a stark white interior that plays up its minimalist decor as well as a glass display filled with an assortment of gorgeous haute pastries.

Lee’s Confectionery is not just a pretty rarity in the West of Singapore. It’s an exhibition of passion and a work of heart and soul, fuelled with a sense of nostalgia. 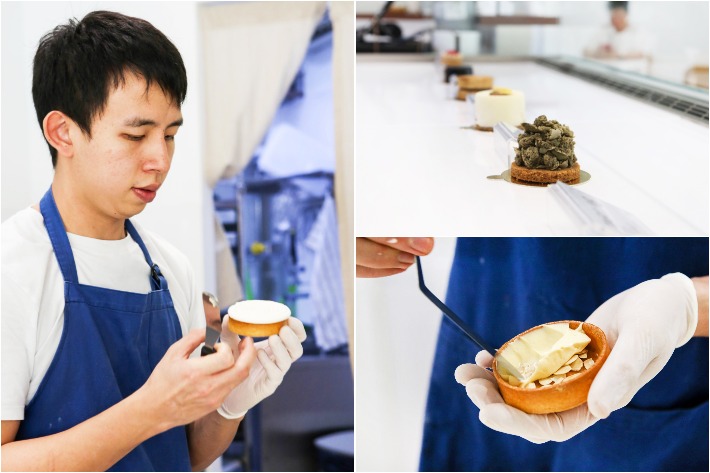 Stepping past the doors of Lee’s Confectionery, you’ll see a young man hunched behind the counter constructing pastries like a sculptor. Lee Yin Quan has been running a one-man show here since he opened the classy café last December and he sells elegant patisseries that are made to order. 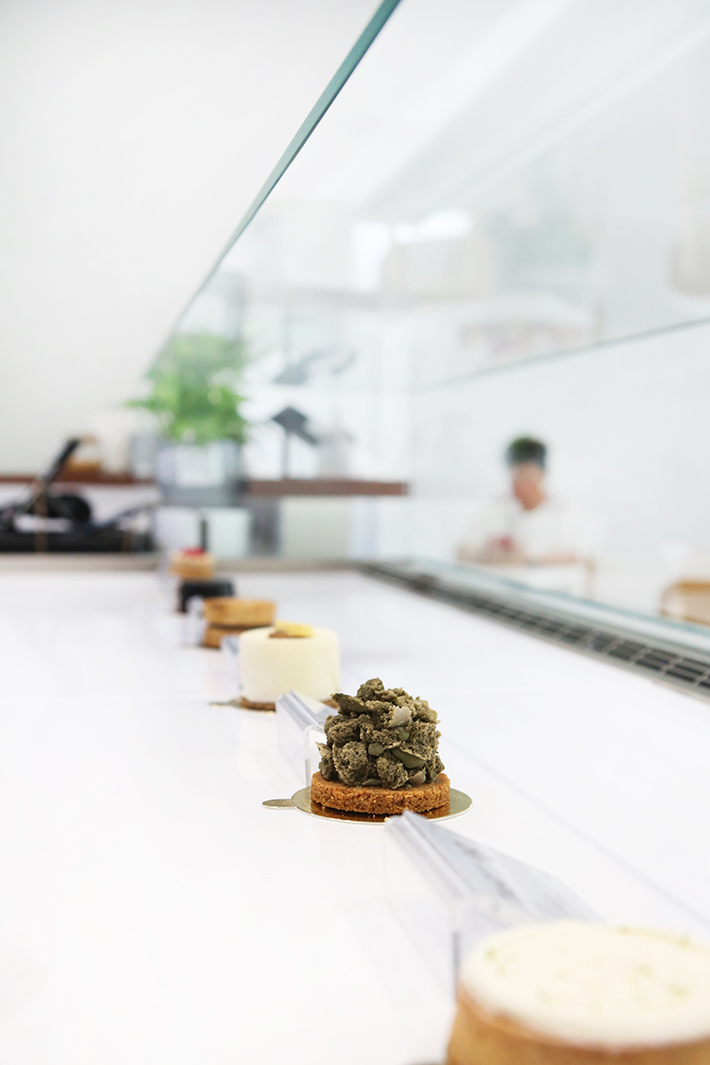 Instead of trays of the day’s bakes, Lee’s Confectionery has a long glass case of seven exquisitely designed pastries on display. They not only add to the aesthetic look of uncluttered and clean simplicity but are also a testament to Lee’s attention to quality.

His insistence on making each piece upon order is to ensure that the original texture of each pastry isn’t lost to sitting in its moisture and to keep it from the subtle staleness from baking in batches. Jiao (S$8), named after the Chinese translation of banana, is a very experiential dessert. A thin film of white chocolate was sprayed on, making a shell that cracks with a crisp as your teeth sink into a moist and fluffy banana sponge cake.

Jiao is injected with banana compote and creamy mascarpone. As Lee confirmed, it’s essentially like a traditional banana cake upgraded to haute pastry. The sponge was light and mildly flavoured. Slices of banana were sprinkled with caramelised brown sugar but the overall sweetness of Jiao was balanced by its tart compote and its base of cinnamon oat crumble. 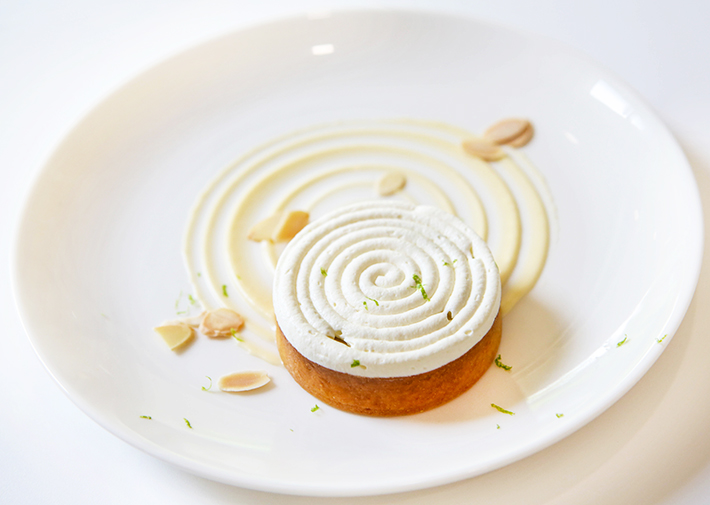 Tart (S$8) was the best part of our trip. The base of its crisp tart shell was lined with almonds and layered with cream that had a citrus flavour without any artificial taste. Its tanginess, nuttiness, and baked cookie flavour was a very pleasant combination. 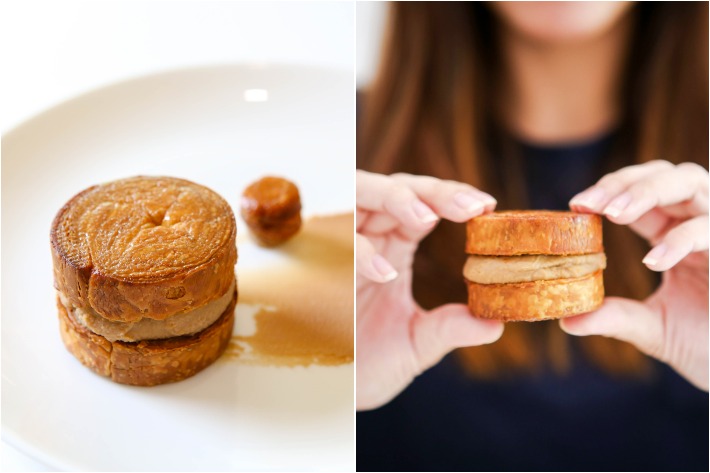 Lee’s attempt at finding kaya another partner other than toast is Puff (S$7) which is earl grey-infused kaya clasped between pastry puffs. Kaya is cooked with earl grey leaves to create a spread that has the fragrance of earl grey but with the essence of coconut and pandan of kaya. Take in its generous centre—thick, sweet, and very smooth—together with the hint of bitterness of flaky feuilletines that have a sugary glaze and crispy croissant-like crunch.

The current selection also includes Beri (S$8) which is Lee’s favourite but, as he sighs while saying, also the most complicated to create. It’s a chou filled with tea-infused cream cheese and mascarpone then topped with a shortbread cookie and strawberry jam-filled dome.

The owner Lee Yin Quan spent two years in Paris learning under the award-winning chef patissier Nina Métayer in the two Michelin starred-Restaurant Jean-François Piège, and famed chef patissier François Perret in Ritz Paris. He returned to reunite with family and embarked on this first solo venture in the heartlands of the West to give back to where he grew up in.