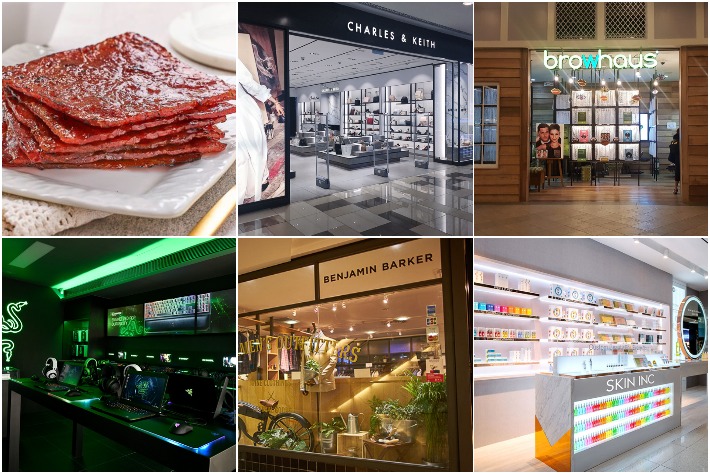 We all know that Singapore is undisputedly one of the safest and cleanest countries in the world—home to the best airport in the world as well as cheap yet amazing hawker food, our Little Red Dot is indeed a country that easily piques one’s interest.

Yes, many of us agree that the temperatures here can drop by 10 degrees or so, but there are so many reasons to love Singapore that we endure our all-year-long summer. Besides being famous for the banning of chewing gum and our seemingly animated colloquial slang, Singlish, there are plenty of reasons for us to be oh-so-proud Singaporeans.

Here are 13 Homegrown Brands That Will Make All Singaporeans Proud of Our Little Red Dot—we bet you didn’t know that half of these are homegrown brands! #majulahsingapura 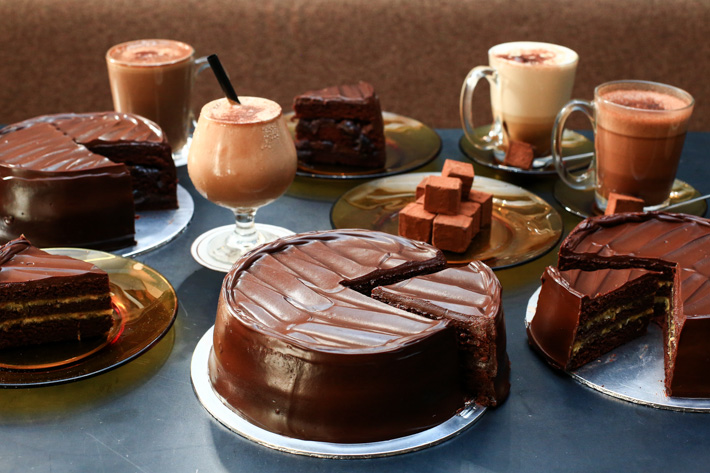 What started as a statement to tackle dessert vendors everywhere, home-grown Awfully Chocolate has successfully established itself as one of the best and most popular chocolatiers around the world. Famed for its variety of chocolate-laden desserts, we absolutely go mad for their All Chocolate cake, that sees a simple chocolate cake between layers of dark chocolate fudge. 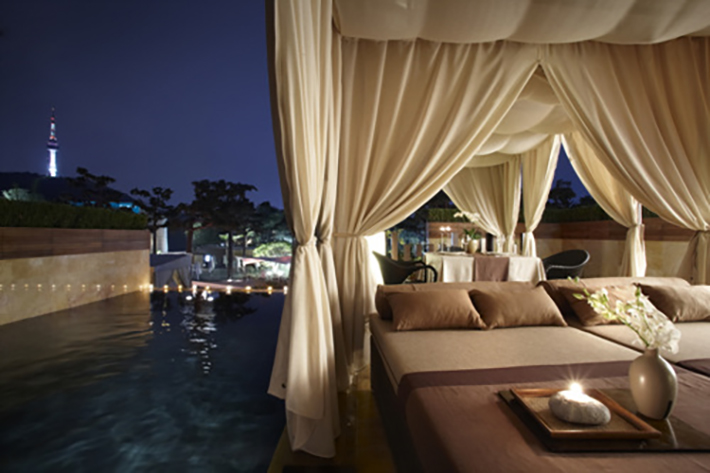 Established in 1994, Banyan Tree Holdings is founded by Singaporean businessman Ho Kwon Ping. In 1995, Ho and his wife Claire Chiang chanced upon an empty plot of land on the western coast of Phuket which was soon after developed into Banyan Tree’s first resort.

Since then, Banyan Tree has grown to be Asia’s premier luxury hotel and resort brand with close to 40 properties internationally. It now has hotels as far apart as Mexico and Seychelles. 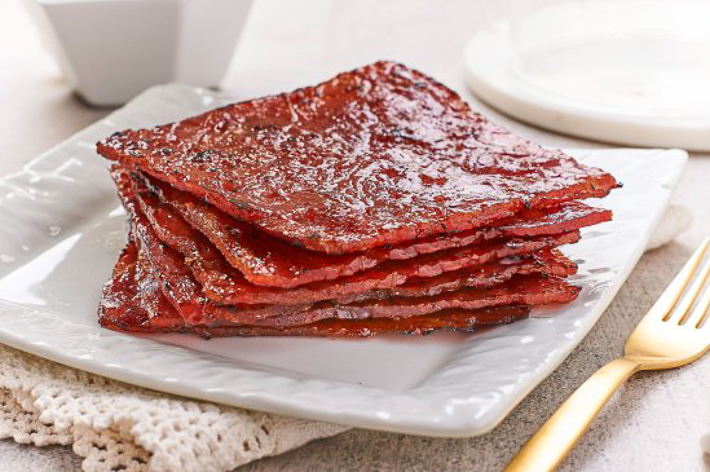 Bakkwa—an all-time favourite snack amongst Singaporeans that is enjoyed particularly during the Chinese New Year period. For the uninformed, Bakkwa is essentially smoked and roasted pieces of pork with a consistency similar to jerky.

Founded in the 1930s by Singaporean businessman Mr Teo Swee Ee, Bee Cheng Hiang started out as a humble stall in Chinatown. Today, Bee Cheng Hiang sees over 260 retail outlets serving their famous bak kwa in 13 other countries across countries including Vietnam, South Korea and Cambodia. 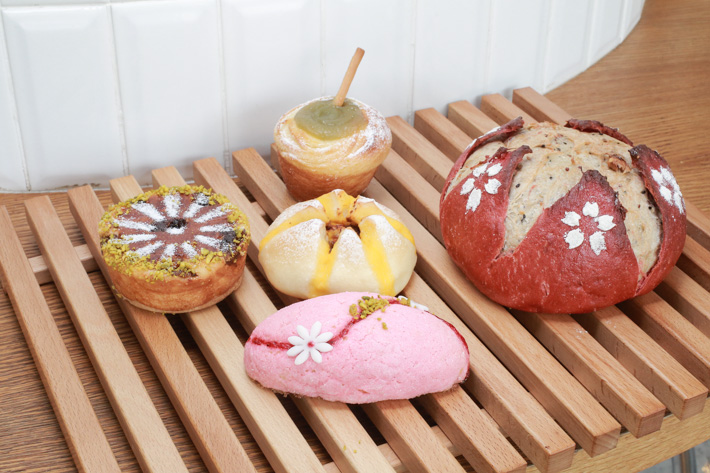 You’ve probably had a few of Breadtalk’s ever-popular Floss buns for breakfast if you grew up in Singapore. Founded in 2000, BreadTalk has expanded rapidly within the past 2 decades, establishing a distinctive presence in 18 locales across Asia, the Middle East, and most recently Europe.

Other brands that are under the Breadtalk Group include Din Tai Fung, Food Republic and Toast Box, which would probably sound very familiar to Singaporeans as well as those living in our neighbouring countries. 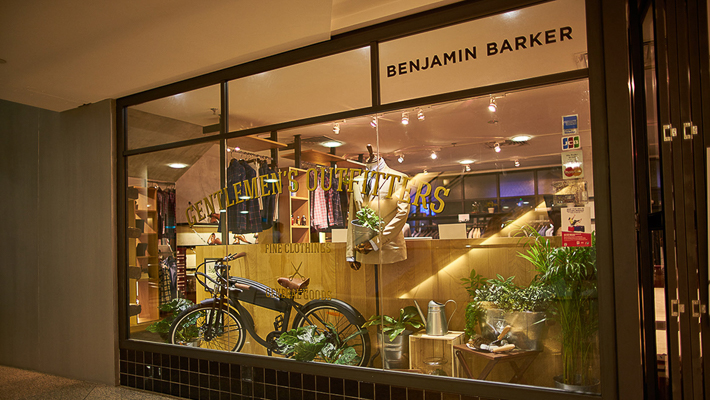 An esteemed purveyor of smart-casual attires for men, Benjamin Barker is a home-grown fashion label founded by Mr Nelson Yap, who—you’d be surprised to hear—is a film graduate from the University of Melbourne as he had the intention to pursue a career in film-making.

The brand’s first store opened in Marina Square in 2009 and now sees retail stores in Melbourne, Seoul, Malaysia and a flagship store in Los Angeles.

Yap says that he intends to develop Benjamin Barker into a lifestyle brand by combining retail, F&B and hospitality—they even have a Benjamin Barker Café located in Cathay Cineleisure Orchard now! 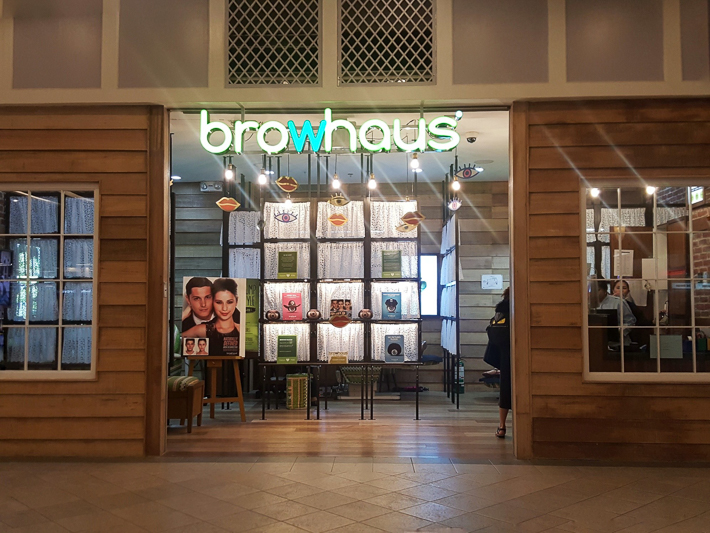 One should never underestimate the importance of eyebrows in changing your image. Many of us, image-conscious or not, would be familiar with the brand Browhaus, which is a one-stop salon dedicated to perfect your lashes and brows.

Browhaus was established in 2004 under the wings of Spa Esprit Group, a homegrown brand founded by Singaporean businesswoman Cynthia Chua. The brand now has outlets all over the world, including stores in London and New York City. What more can we say? Browhaus is on fleek! 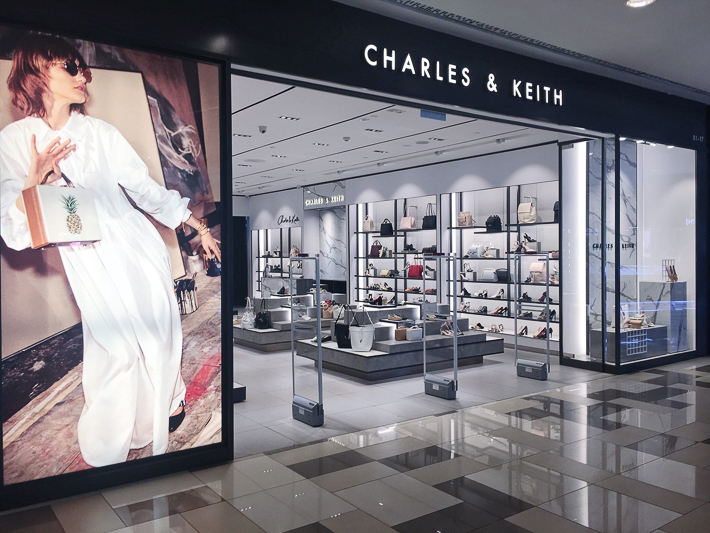 Set up by sibling duo Charles Wong and Keith Wong in 1996, Charles & Keith is a Singaporean fast-fashion footwear and accessories retailer which now has over 600 stores worldwide, including locations in Africa and Latin America.

It is amazing to see a 100% Singaporean brand grow from being a humble shoe shop in Amara Shopping Centre to venturing internationally and imprinting their global footprint across regions in Asia, the Middle East and Europe alongside Latin America and Africa! 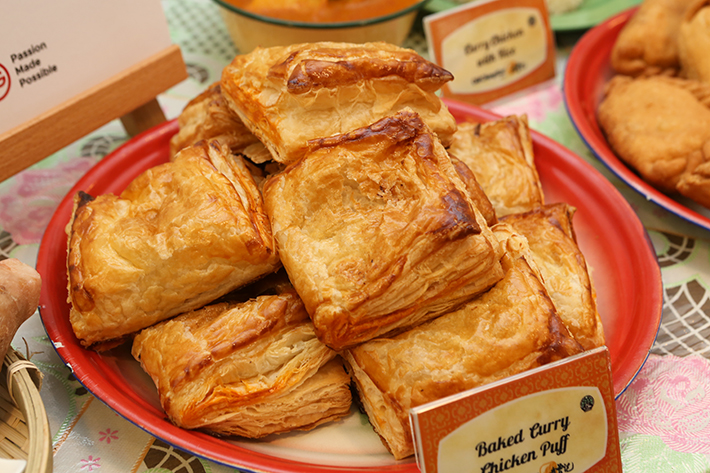 Lo and behold, the ultimate go-to for curry puffs and giant fishballs. Old Chang Kee started out as ‘Rex Curry Puff’, an assuming stall situated near the then Rex Cinema along Mackenzie Road.

Old Chang Kee has expanded expeditiously to opening franchises in Indonesia, Malaysia and Australia. Just weeks ago in June 2018, they officially launched the opening of an outlet in London where guests can get their hands on Singapore’s famous curry puffs. 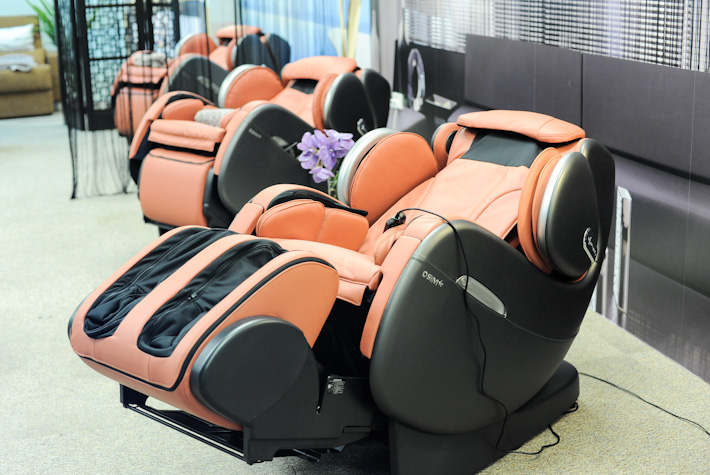 OSIM would probably be first to come into your mind when luxurious massage chairs are mentioned. With brand ambassadors including Korean superstar Lee Min Ho and Chinese actress and model Fan Bingbing, OSIM has managed to climb its way to becoming a top-tier global brand.

Originally starting out as an electrical and household appliance company in 1980, founder Ron Sim saw an opportunity to bloom in Singapore’s healthcare products industry and thus started OSIM to advocate for a healthy lifestyle. 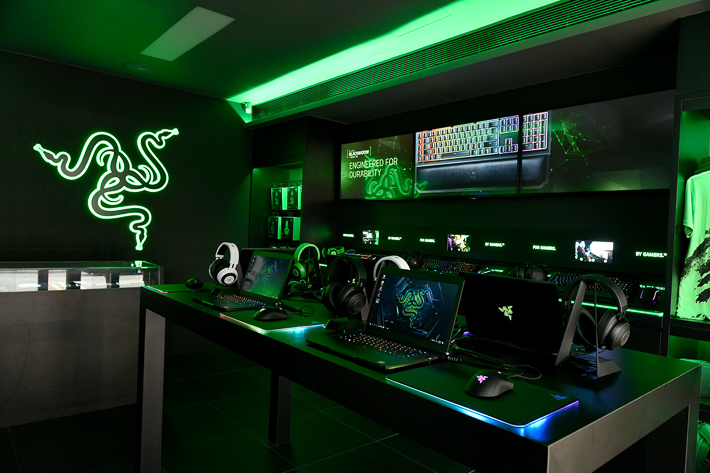 Step into any IT retail store such as Challenger and COURTS and it would be hard to miss the bright green triple-headed snake logo that dons the front of every Razer product. They offer a wide range of products in the likes of gaming equipment and wearables including smartwatches. 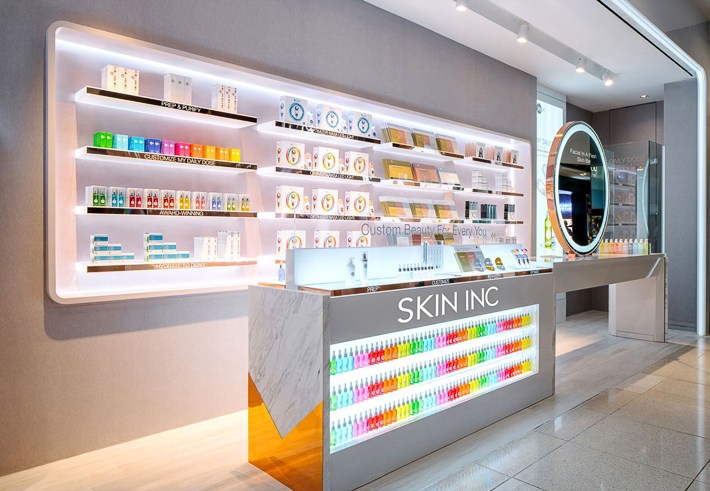 The homegrown skincare brand is founded by Sabrina Tan, an IT-expert-turned-skincare-guru who took the leap of faith to step into the beauty industry after having worked in IT for 11 years.

Skin Inc. offers a range of skincare products that combine technology and beauty, providing customers with customisable skincare products. The brand has been a winner of over a hundred beauty awards and their products are now sold in over 20 countries in Asia and Europe. 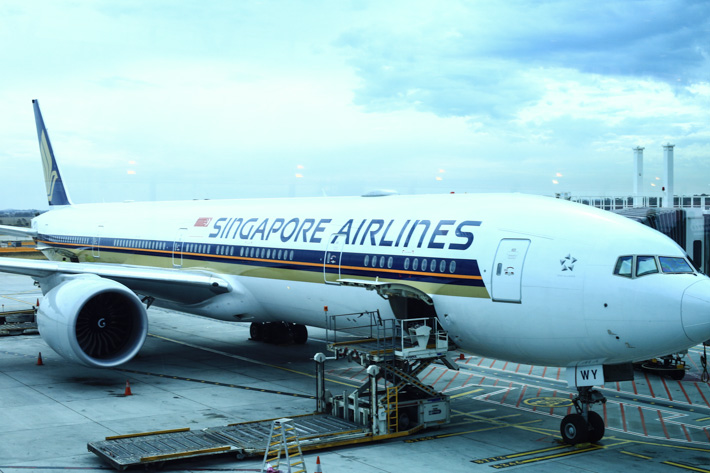 Awarded ‘The World’s Best Airlines’ by Skytrax World Airline Award in 2018 is Singapore Airlines, which has constantly been on the list for the world’s top 10 airlines for the past decade.

SIA has 26,000 group employees who are dedicated to making all traveller’s experience the most comfortable and pleasant experience with their impeccable service. Oh, how lucky we are! Short for The Wellbeing Group, TWG Tea is a brand that offers fine harvest teas since its founding in 2008. In a short span of 6 years, TWG Tea has vastly expanded to having outlets in countries such as Canada, Korea, Germany and Australia.

Its parent company is OSIM International, so you can be sure that it is not any atas tea brand from Europe!