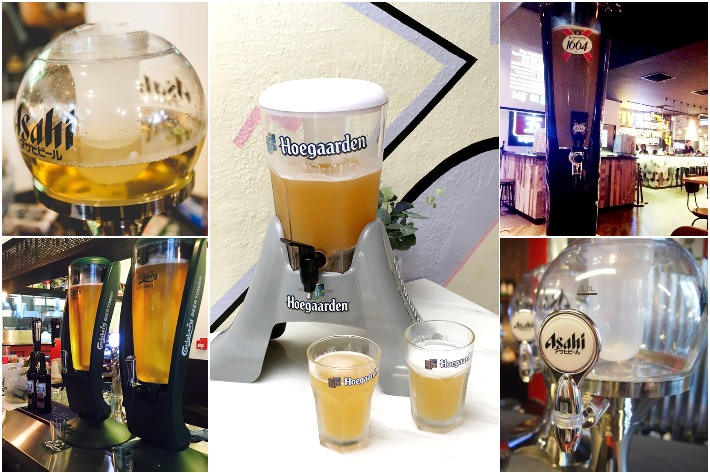 Whether you’re an overworked salaryman or a university student crumbling from the stress of whatever impending deadline there is, there’s no denying that sometimes, we all need to relax and unwind. In order to fully celebrate the weekend’s arrival, or perhaps just to enjoy a midweek break, some of us just want to get smashed and forget our worries.

Yet, the price of alcohol here in Singapore might be off-putting to some (or most), and understandably we’d need to drink a lot of it. Who’s to say it’s a luxury exclusive for the rich though? There are plenty of bars and eateries hidden in different nooks and crannies offering some of the cheapest beer towers around, as long as you know where to look.

So to save you the trouble, we’ve sought out some of the cheapest Beer Towers in Singapore! 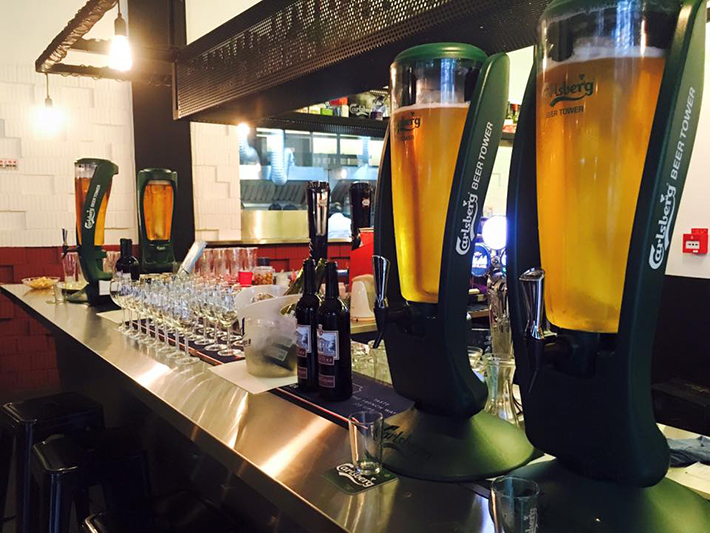 They’ve got an industrial chic vibe going on, with no gimmicky frills and choosing to focus on only the food and the drinks. During their happy hour, you can expect to get a 3L Carlsberg Tower or a Kronenbourg for S$49++! While it might not be the cheapest place on this list, their variety of bites are sure to win you over. 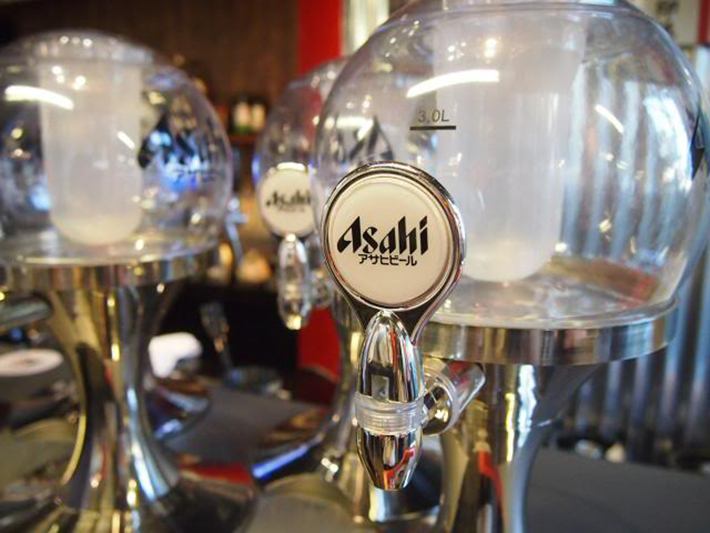 While District 10 Bar & Restaurant is better known for its delicious Italian cuisine (it is, after all, an extension of Bonta), there’s no better way to enjoy a beautiful plate of pizza or pasta with alcohol. Here, they offer a promotion where you can get their 3L Asahi beer tower at only S$38++! It’s available at UE Square (Sat & Sun) and Suntec (Sat) from 5pm onwards, perfect for a weekend drink with friends. 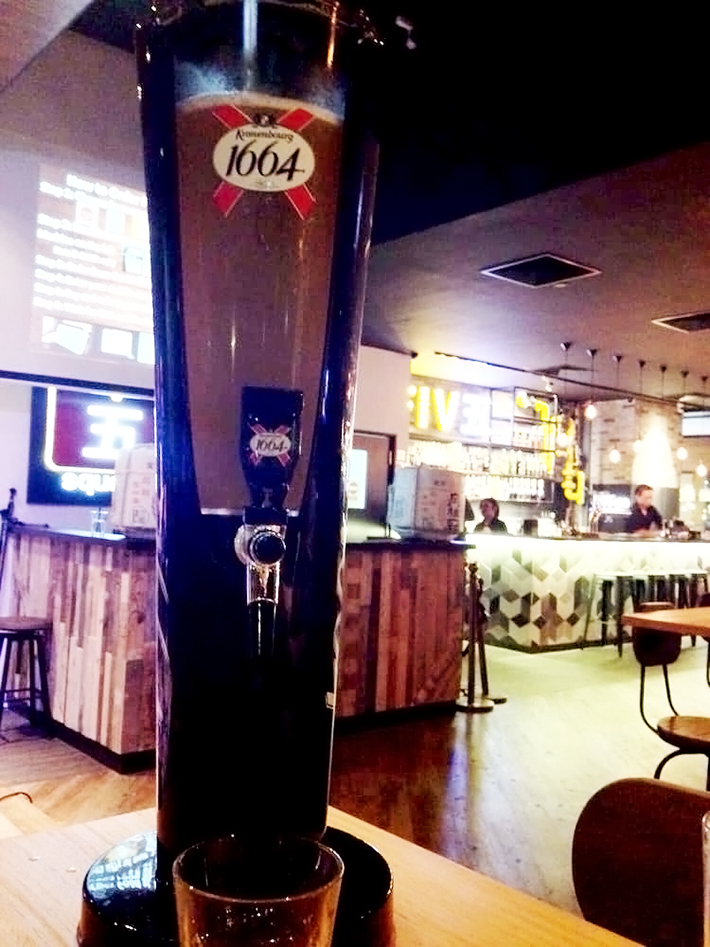 Sure, they’re well known for their S$5 price tag on many of their items, regardless of which concept branch you go to. But here we’re talking about beer and beyond a S$5 half pint of Kronenbourg 1664 Lager that they serve, they also offer a tower of it for just S$55 dollars. If you’re looking to get smashed in style, this is for you. 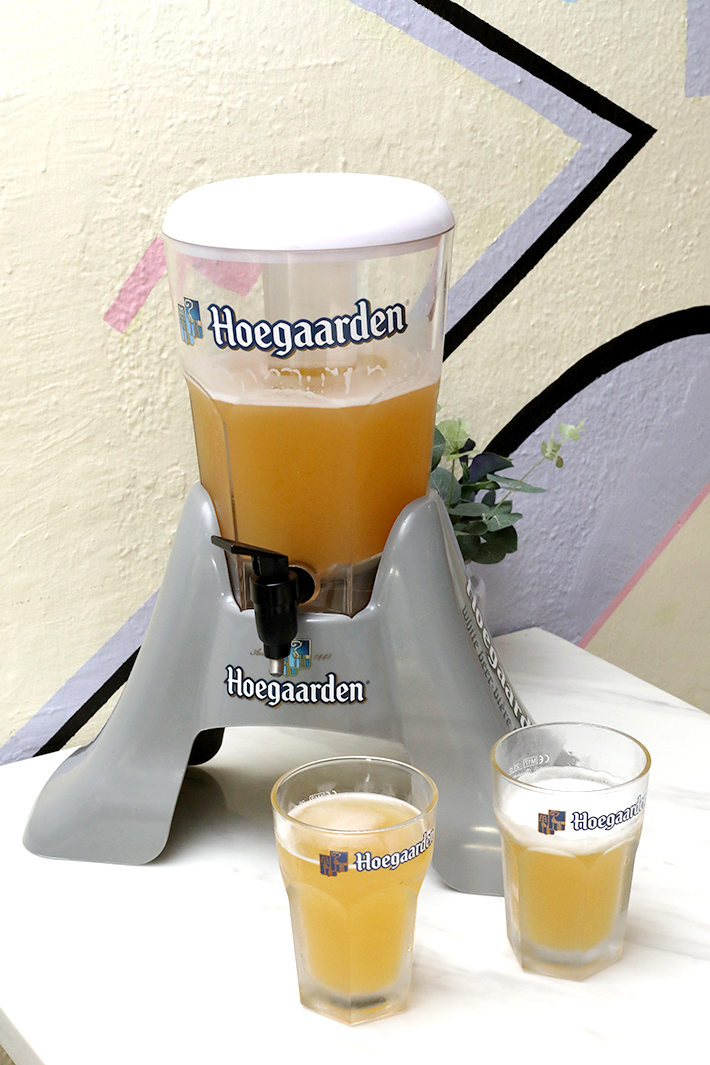 For the alcoholics (or perhaps NUS students looking for a break from the monotony of their work), you’d also be glad to know they have daily beer promotions. The most bang for the buck ones being Wednesdays for students, with beer towers at only S$39 (U.P. S$49 – S$53), and Fridays with two towers going for S$89! Worth it!

Rather than the usual variety of beers found in other pubs and eateries, Inspirit House offers Stella Artois towers for just S$52 and Hoegaarden White and Rosee towers for S$50! If that wasn’t good enough, their happy hour goes on from the minute they open till 8pm, an ultimate steal. 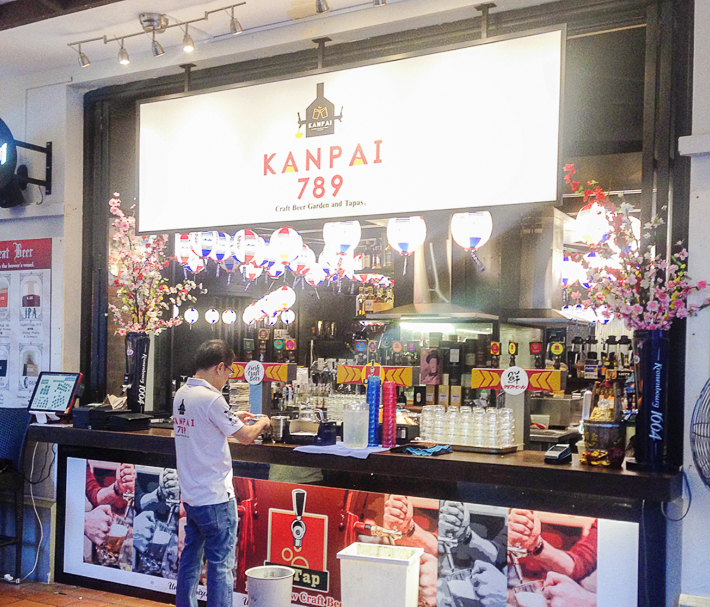 Situated near the clubs, it’s the perfect place to crash for a pre-drink session, or just to unwind after a long week. Most NS men love it, and for a good reason too. Where else can you grab an Asahi or Kronenbourg beer tower for just S$40?

While Telok Ayer is normally the place you’d head for good food, Miss G’s Grill & Bar is perhaps one of the best places to kick off the weekend with a couple (or perhaps even more?) drinks. Here you can get S$40 beer towers, that’s right, S$40, including varieties such as San Miguel!

You might probably be thinking, none of the beer towers listed so far is quite so cheap enough. Fret not, Sleeping Giants has you covered. We mean it when we say they have the best alcohol deals—housepour towers go for S$29.90 for the first, with subsequent towers at just S$19.90.

During Happy Hours you get to enjoy even more with The Cresten Beer Towers going for S$18.90, though rest assured even off-peak hours, prices don’t ever go beyond S$40.

The whole point of a night out is to have fun, and having to break the bank just to do so is pretty much voiding it of its purpose. Here, Stickies Bar offers seriously cheap beer towers so you don’t have to worry your head off. For just S$35 dollars, you can get a tower to go along with one of their many games, or if you have enough people, they go for 2 for S$60!