Essentially a carnival-themed café, Sir Stamford Waffles is well-furnished and boasts a bright and colourful interior with huge posters with whimsical illustrations on their walls. The space in the café was small and can fit just 4-5 groups of people, but they have seats outside too. Sir Stamford Waffles bear great similarity to their sister café in terms of their range of desserts and coffee, but with a twist of local flavours, as their name suggests. Specialising in waffles, they offered several noteworthy signature waffle sets such as The Miraculous Merlion (S$15.90) and the Kopi Kusu (S$15.90).

They serve coffee and tea too, perfect for those just looking for something to sip on in Sir Stamford Waffles whilst escaping the glaring heat! 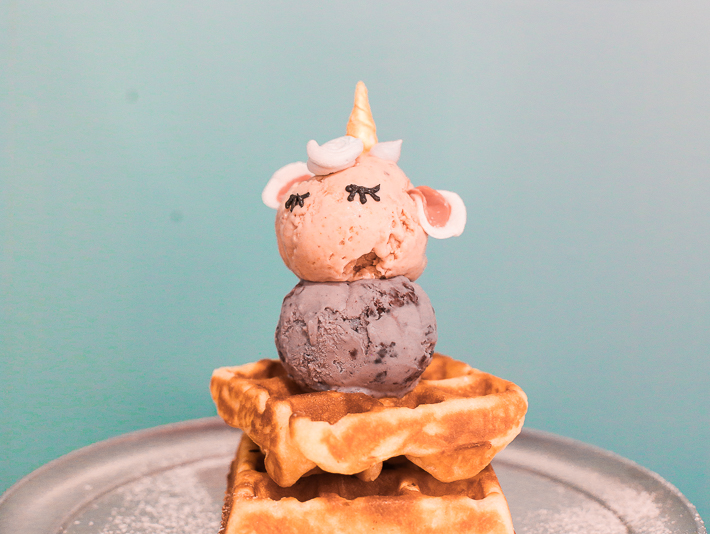 As they were out of the Toasted Marshmallow Ice Cream on our visit, we opted for the Strawberry Cheesecake flavour instead. Both the lavender blackberry and strawberry cheesecake flavours were delightful to have with the waffles, as they were neither overwhelmingly sweet nor sour. 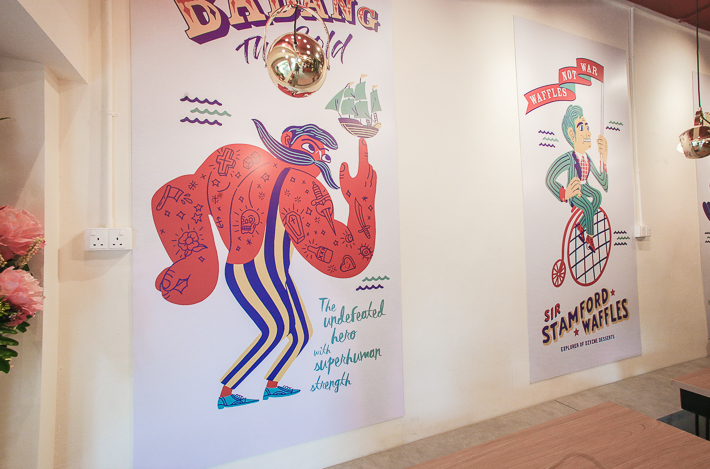 With plenty of cafés serving waffles with ice cream coming forth in Singapore, Sir Stamford Waffles does not stand out in any particular way.

We wouldn’t go all the way to Bedok for Sir Stamford Waffles, but should you be around the east of Singapore and looking for somewhere to curb your waffle and ice cream cravings, you can consider dropping by.