Just a short walk from exit D of Bugis MRT station, KinMoo is where you will find us slurping up noodles and spicy tom yum goong when our Thai cuisine cravings kick in. You know KinMoo is the right place for authentic Thai food when the eatery is managed by a Thai owner who also runs another restaurant in Phuket—even more so when the place is frequently visited by Thais in Singapore. 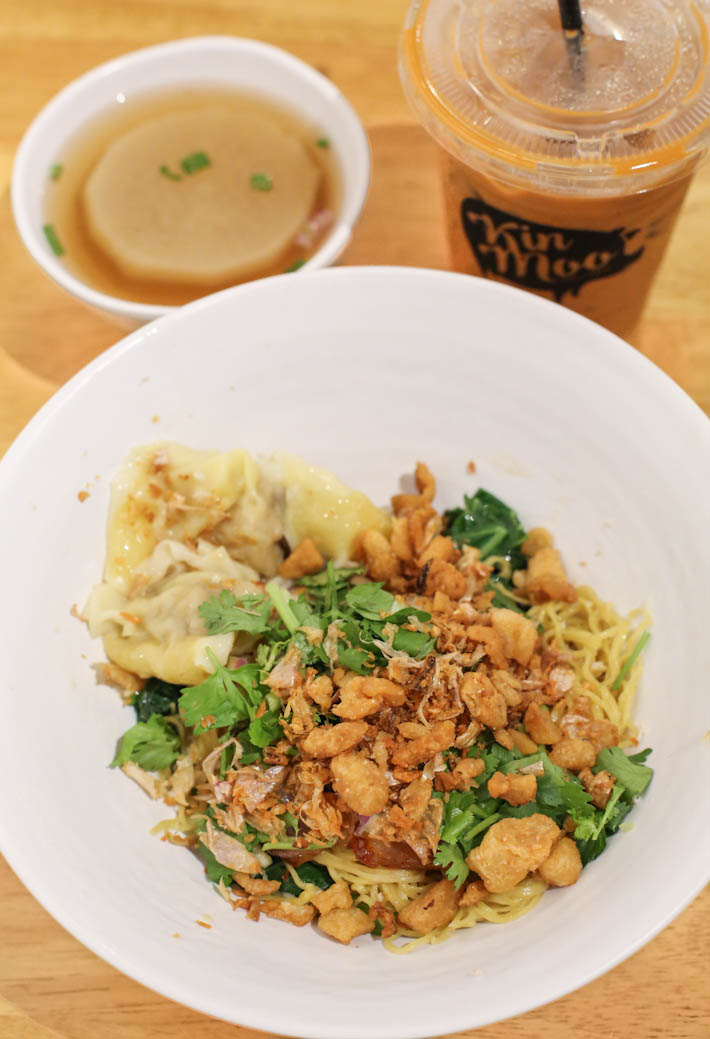 If there is one dish on their menu you definitely have to try, that would be their signature Thai Wanton Mee (S$7.90++). The al dente noodles were executed to perfection, giving each mouthful a springy bite; the fragrance of the noodles was further elevated with the addition of pork lard.

The mouthwatering bowl of noodles came with wanton, char siew, vegetables and various condiments such as fried lard, shallots and coriander. Toss all the ingredients together and you get an amazing harmony of flavours that do not overpower each other. 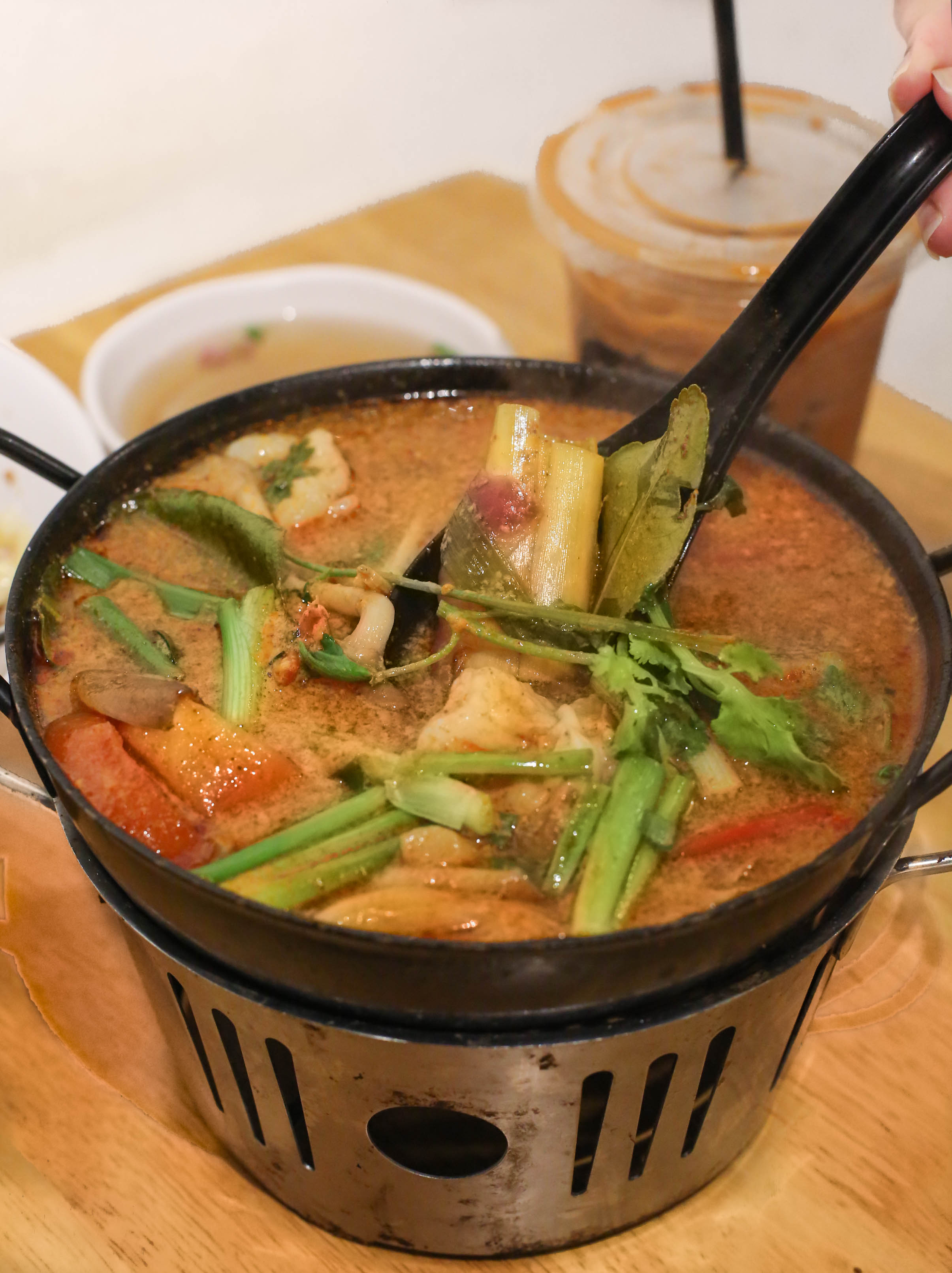 No dining experience at a Thai eatery is complete without having the Tom Yum Soup (S$12.90++). For those who have a decent level of spice tolerance, KinMoo’s tom yum soup will satisfy even the pickiest taste buds.

The myriad of sour and spicy tones perked us up immediately and we had bowls after bowls of this addictive soup together with our mains. The bubbling pot of soup contained juicy prawns, mushrooms, squid and others.