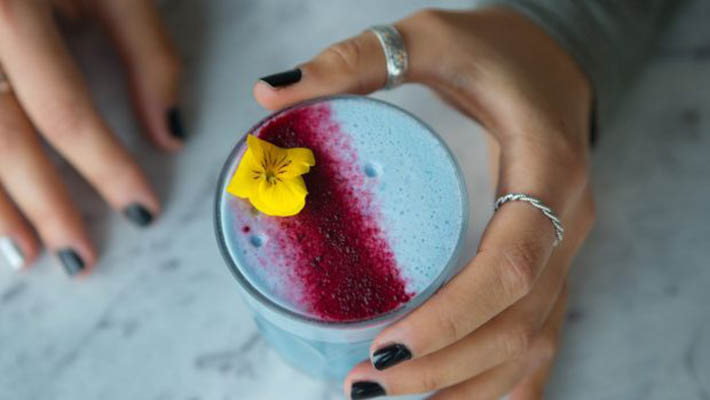 The cafe scene is always a rat’s race, especially in Australia. We recently chanced upon something that is so out-of-the-box that had us asking ourselves, “just why?”

Matcha Mylkbar, a vegan cafe in Melbourne, has cooked up one of the strangest drinks we have ever seen. This insane-looking blue latte, aptly named ‘Smurf Latte’, is actually made out of blue algae and coconut milk – the two main ingredients in this dubious creation.

Before you write off this pretty blue drink as just another fad, many have actually claimed that this latte is more than decent. But is it actually worth A$8?

The key ingredient that makes the drink blue is something called algae blue powder. It also has ginger and lemon inside their for a touch of tangy acidity, something that we never thought we would use to describe a cup of ‘latte’. Well, now we know that the drink is not actually a cup of coffee.

Most describe it as light, with ‘not much flavour, except for a strong coconut milk taste’. Others say it is like a simple chai latte without the spices. However, the overall review was pretty clear that the drink was not worth the astounding price of A$8 a cup.

We are suckers for new food trends, but we are definitely going to give this strange drink a pass.