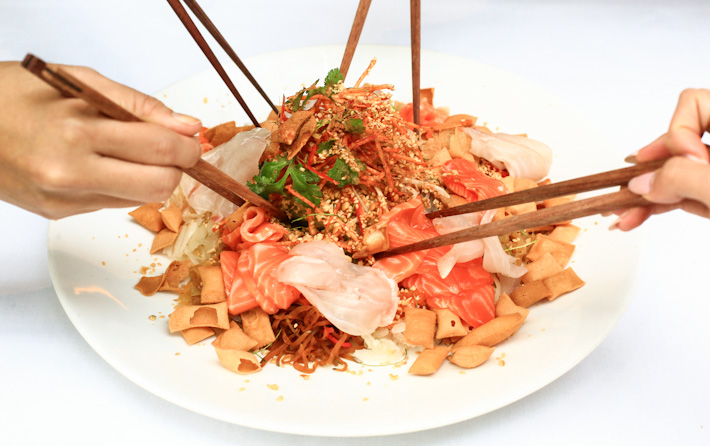 Tossing a raw fish salad called yu sheng with chopsticks whilst simultaneously shouting out well wishes is a customary tradition amongst Chinese communities in Singapore during Chinese New Year.

While similar takes on this festive delicacy made its appearance even before Singapore’s independence day, it was in the 1960s when the Asian dish got popularised. 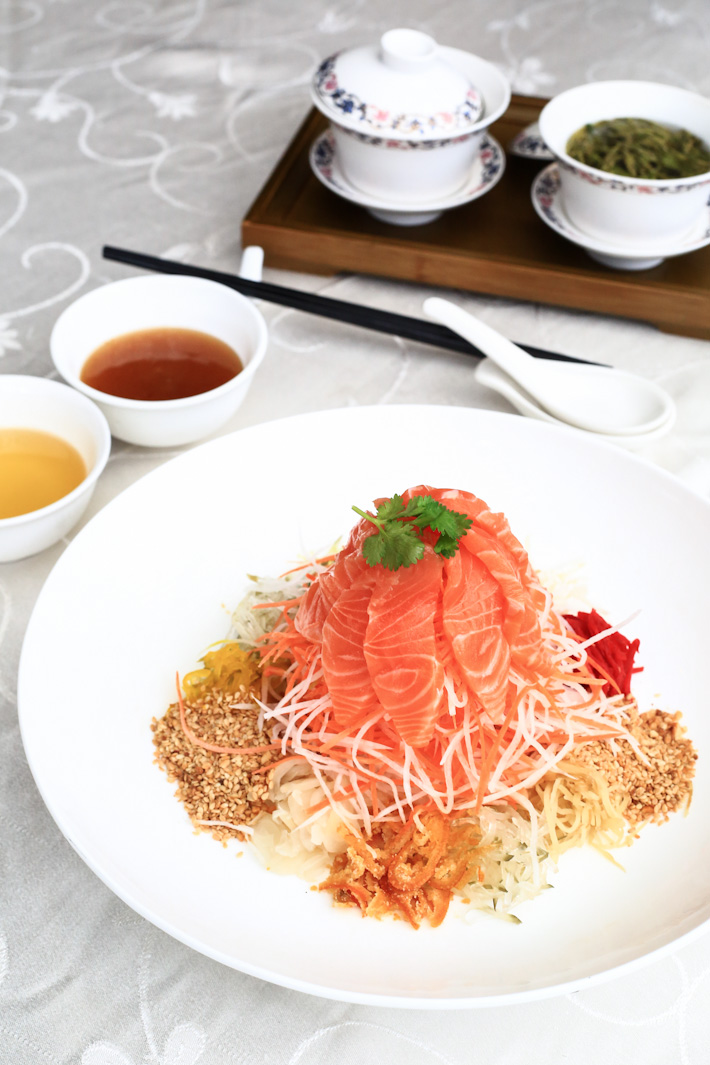 Yu sheng aka Lo Hei is symbolic of prosperity and can be found across restaurants, supermarkets and even hawker centres in Singapore.

Variations are aplenty and everyone has their own interpretations and secret ingredients, but yu sheng ubiquitously comprises the following key ingredients – raw fish strips, crackers, shredded vegetables, five spice powder and a sweet plum sauce.

You can, too, come up with your own rendition – with your favourite fruits, fishes, vegetables… anything at all. But bear in mind to not steer too far off from traditions, else your folks might not be pleased!

Here is a simple one we have to get you started.

Recipe adapted from Health Promotion Board (Serves 6 to 8)

Dressing (combine all ingredients and set aside):

Arrange the sashimi slices in the centre of a large platter.

Position each type of shredded vegetables neatly around the platter, surrounding the fish (which has to sit in the middle).

Sprinkle the crackers, parsley, peanut and picked ginger over the vegetables, before pouring the mixed dressing over it.