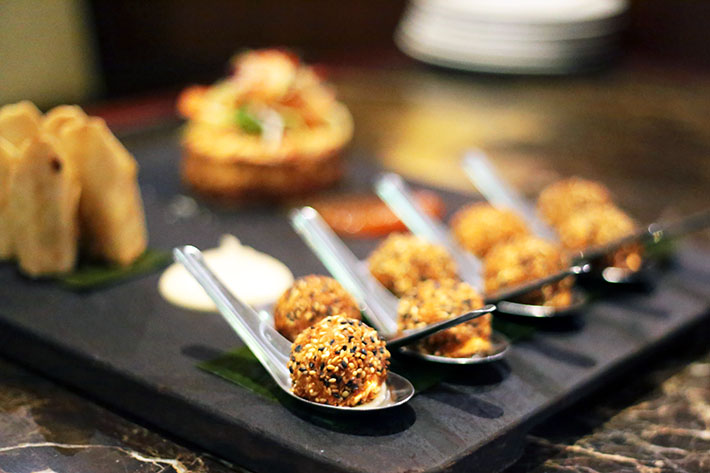 You heard us right, Crocodile Meat. Now, before you click away, you have to know that we were as apprehensive as you were before trying out this dish.

With the exceptional skills in the preparation of this dish, we were taken aback when the chef of Muscat at the The Vines Resort & Country Club in Swan Valley, Perth, told us that he made a platter of Crocodile Cheesecake, Crocodile Balls and Crocodile Spring Rolls.

Crocodile meat is not anything new, especially in Australia where it is quite readily available. However, in Singapore, it is less popular, although it is used at times in Chinese herbal remedies. Using only the tail of the crocodile, the chef mentioned that only this part of the crocodile is edible, as the rest would be too chewy.

In case you are wondering why of all animals, crocodile meat is actually very high in protein and low in fat, making it a healthier choice of meat. Crocodile is a succulent white meat and many have compared it to chicken as they are both rather similar. And we have to agree that it does not stink a bit. 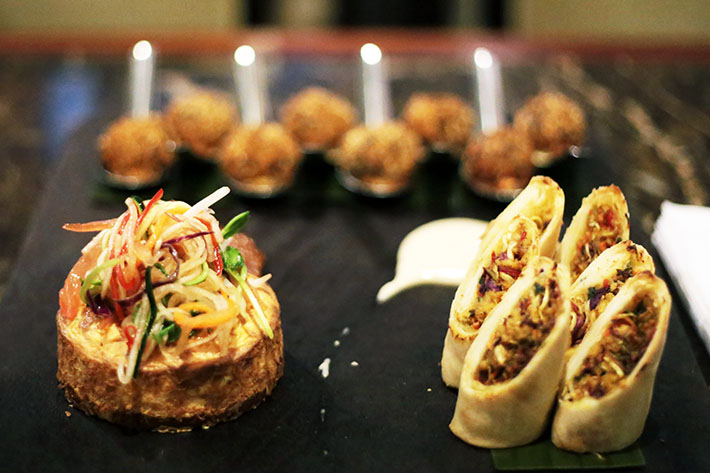 The crocodile meat served to us in the dishes were either minced finely or pureed, possibly to make it less intimidating. Everything was seasoned to perfection and prepared so well that we almost forgot we were having crocodile meat! It definitely reminded us a lot of minced chicken or chicken breast meat when having these dishes.

This game meat might taste strange to some if eaten on its own with minimal seasoning, but with the right cooking techniques and preparation, it could taste incredible. Sure, crocodile is definitely not an everyday meat eaten by households across Australia, but it is for sure, no stranger to the Aussies.

We highly recommend anyone to at least have a taste of this delicacy when visiting Swan Valley and if you are more adventurous, there’s always kangaroo or emu meat!