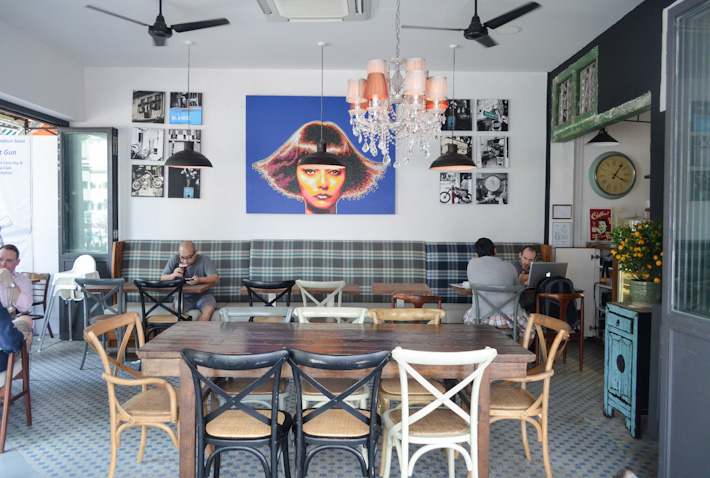 With a tongue-in-cheek name like Rabbit Carrot Gun, it is hard not to do a double take when we passed this watering hole along East Coast Road. Like its name suggests, Rabbit Carrot Gun does not take things too seriously. The menu is full of quirky dishes that fortunately turned out fairly well.

The casserole of Mushrooms ($14.90), described on the menu as crème fraiche on toasted brioche, poached egg & balsamic is a delicious, creamy concoction of fragrant, earthy mushrooms slowly simmered in a delicate cream sauce. The golden yolk stirred into the dish gave this a luxurious touch. 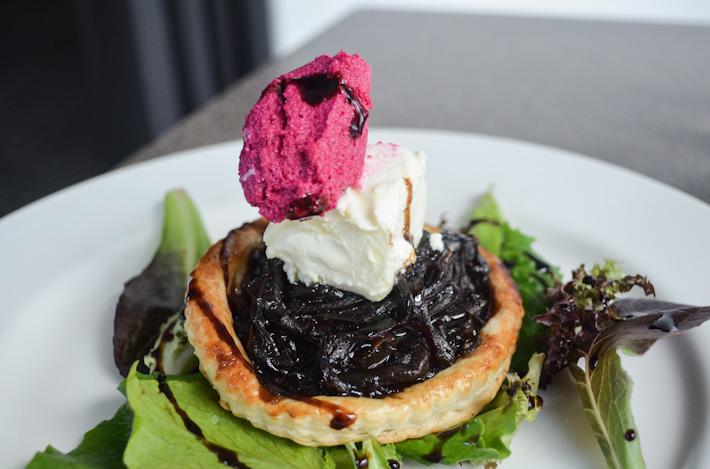 If we can overlook the amount of oil that went into making the warm caramelized onion tartlet ($13), we would have appreciated this dish a lot more. The candy-sweet onions came in a generous portion atop a flaky tart, and then topped with a dollop of strikingly pink of beetroot pesto that enlivened the dish. 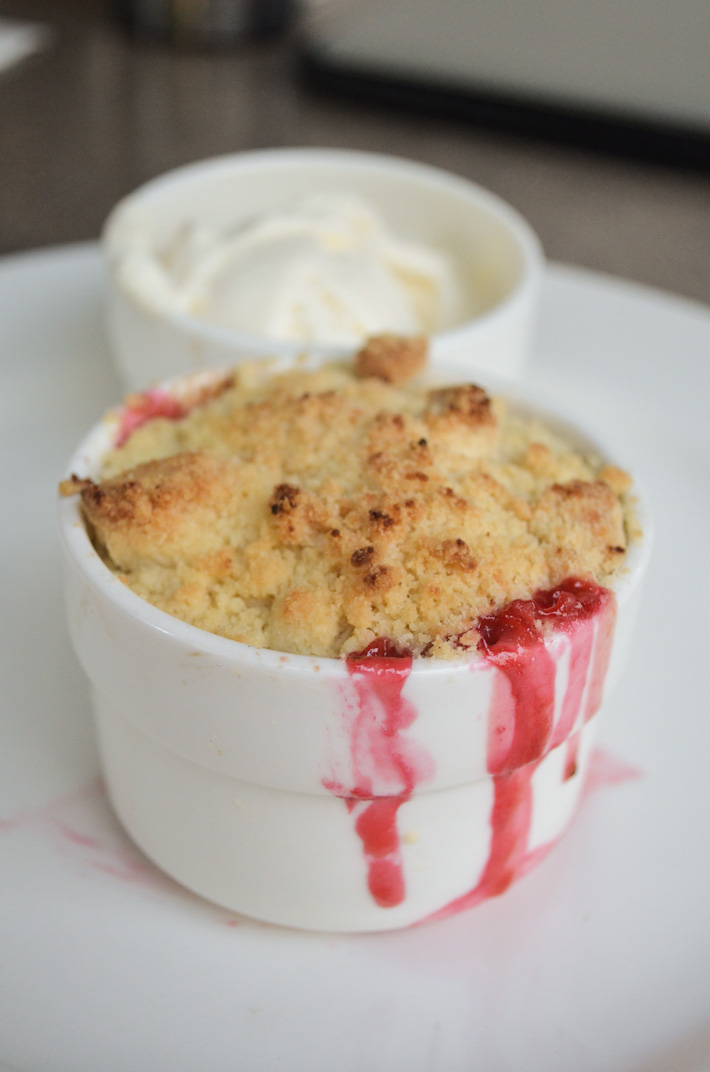 We could not resist the sound of a Rhubarb and Ginger Crumble ($11.50), but it was unfortunate that this temptation resulted in the meal ending on a sour note, literally. We cringed on the first bite, and did not like that it left an odd aftertaste. The slipshod preparation of this dish was a far cry from their savoury dishes. The ice cream which came specked with vanilla beans, appeared promising, but reeked of mediocrity.

We love the chill-out vibe and the enthusiastic service of this little gem of a café. A downside of this place is the lack of air-conditioning, which can be frustrating for the heat-intolerant. But the expatriates living in the area seem to be enjoying this new addition, for they throng the place in bermudas in the evenings and on weekends for brunch.

Your camera got mold is it? How come nowadays your pictures all come out blur blur one?

I think he is trying to acheive the bokeh effect. The blur is on purpose

After looking at your review wanted to give this place a shot. Went out with my girlfriends and had our lunch there. Didn’t get to try out the dishes you name as we were too hungry so everyone went for the main dish menu.

We got the lamb burger, locally made sausage, fish and chip and chicken in the basket. Thought that after this we could try out the named items you mention above. But “expect the unexpected” the lamb burger doesn’t taste juicy and as per told medium well (my GF ate and left half the burger hanging). The sausage taste “okay only” nothing surprise just “sausage with mash potatoes” (could have added some salad to balance up the dish). The “very surprise part” fish and chips (it should be called CHIPS and fish) Having to say that people will expect the fish to be either homemade or be at least a ideal portion. The fish doesn’t look/taste homemade and the portion is pathetic. One fried fish with a cone of fries. Lastly, chicken in the basket sounds interesting, yeah when you open the basket you feel the shock than anything else. 2 chicken wings part “inside” the basket (taste okay only as the marination is just so-so with chicken not cooked well).

Above all are paid with “main course COST” which is NOT WORTH THE PRICE. Maybe you can come here to take photos (the cafe looks nice) and chill with beers but not for a proper food with such a price paid. The weather is so hot nowadays and they didn’t even power their aircon just fan. We all we sweating and my GF got a moqustio bite.