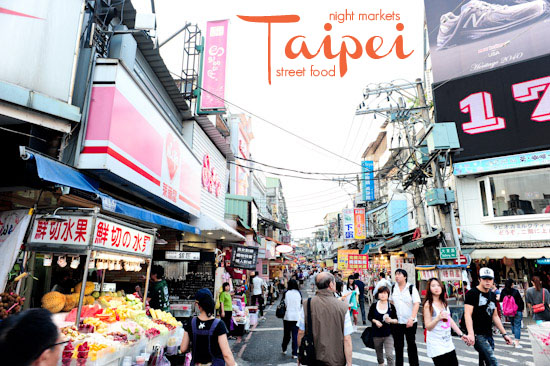 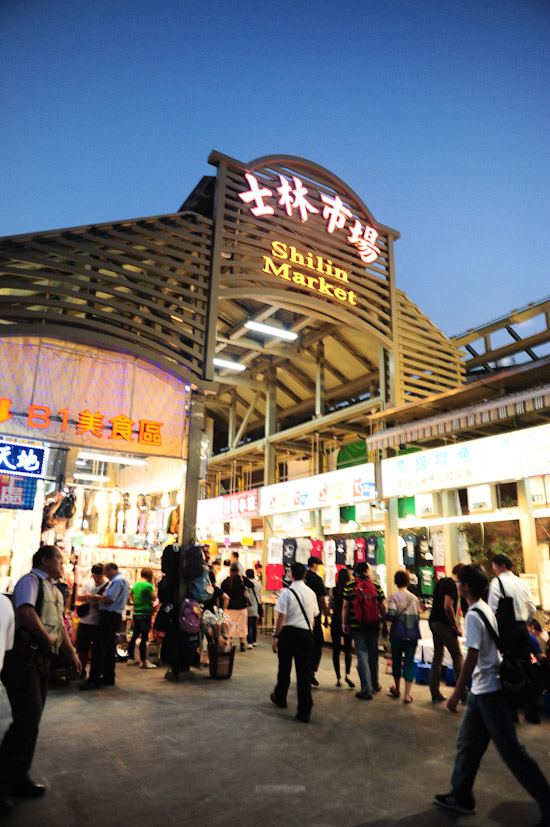 Shilin is probably the most well-known name in Taipei. While some people do not like Shilin because the market is perpetually packed with tourists, it is definitely the place to start if this is your first time visiting the city. Walk around the market and you will see a few stalls selling Da chang bao xiao chang – a Taiwanese sausage sandwiched in sticky rice bun – which is one of the most popular street food in Taipei.

A few stalls down, we made a pitstop for orh ah mee sua – another must try Taiwanese snack – a bowl of hearty oyster vermicelli that can be enjoyed at any time of the day. 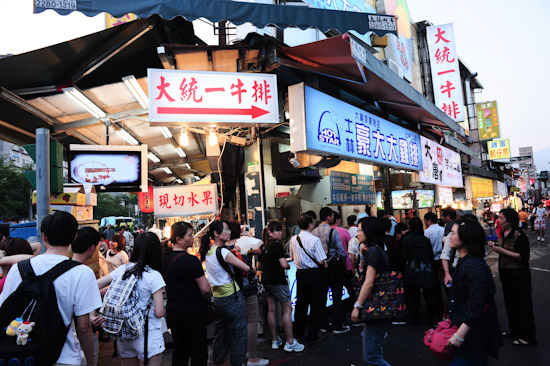 Most of the stalls have moved to the underground basement “food court”, and they are still as crowded as usual. Orh ah jian (fried oyster omelette), ru rou fan (braised pork rice), sheng jian bao (pan-fried pork bun) and guan cai ban (coffin shaped bread) are just a few of the options that you would be tempted with. 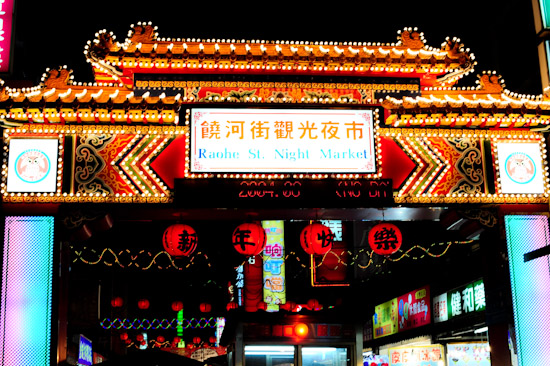 The Raohe Night Market, a stone’s throw away from Wufenpu wholesale market, is one of the oldest night markets in Taipei. You can find the usual Taiwanese street food like oyster vermicelli, fried chicken and stinky tofu, but what you must not miss is the famed hujiao bing (pepper pork buns). There are several stalls selling the same thing, but for the best, you have to go to the one located at the entrance of the night market, which is not difficult to spot as there is always a long queue. 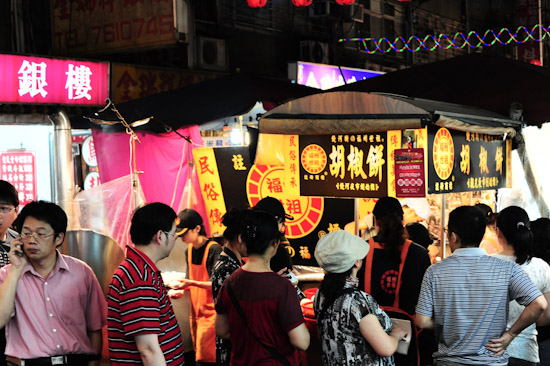 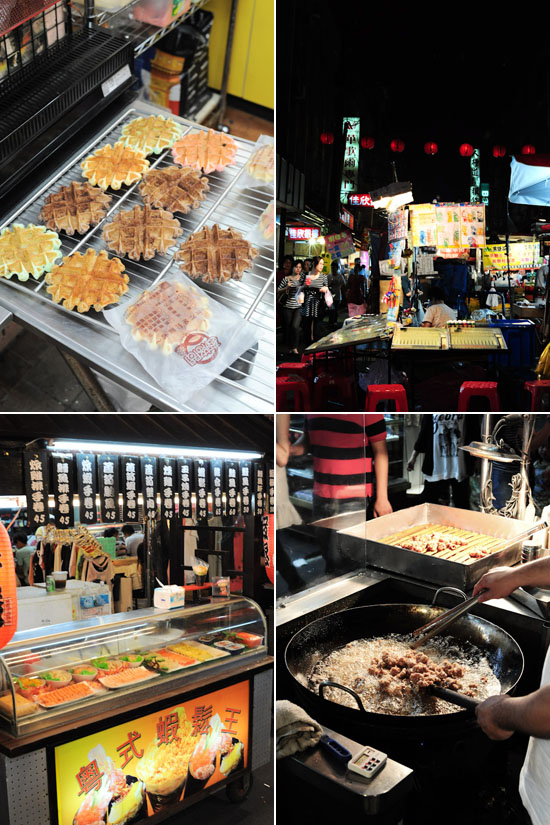 Some of the other things that we tried include waffles, grilled mushrooms, and spare ribs stewed in herbal soup. Wash everything down with bitter-gourd juice, which is surprisingly not bitter. Of the three night markets in this post, my favourite is Shida Night Market – located near National Taiwan Normal University – with niche fashion boutiques, cute cafes, and affordable street food catering to the students. 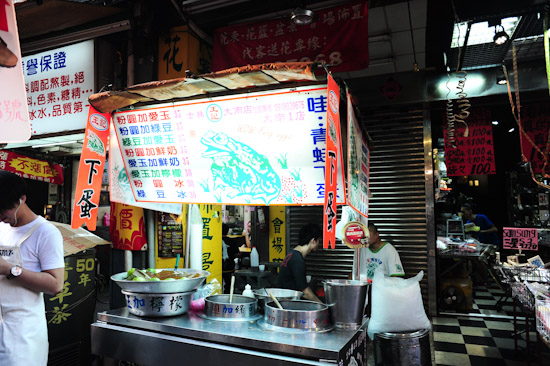 There have been rumours that Shida Night Market has closed down due to complaints from residents, but that is not true. While a part of the old market was forced to shut down, the main market is still around, and they cover several small streets along the main Shida Road. 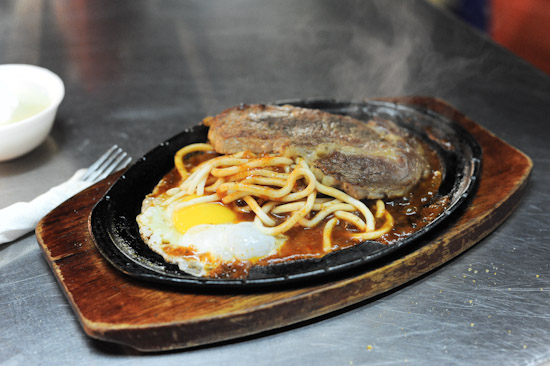 Start off by having tian bu la (tempura soaked in sweet gravy), and share a serving of aiyu bing (jelly served with lime) – a refreshing dessert that is perfect to go along with everything. Also, you must try the sizzling giant steaks with noodles and sunny side-up. They are so cheap and good! 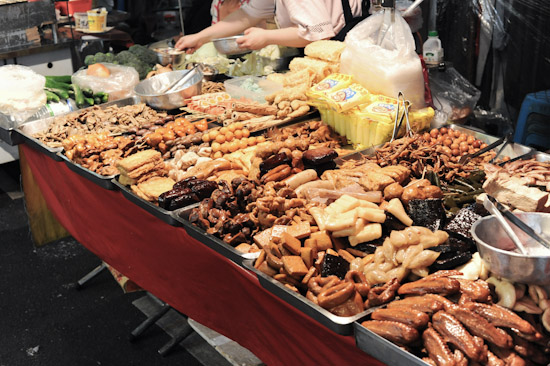 There are several hot stew stalls in Shida Night Market, but one of the most prominent names is Lantern Hot Stew where you can choose from a variety of food – including fishballs, vegetables, different parts of duck and pig like innards, and pig’s blood cake – and it is served in a braised sauce.

If you are still hungry, there are other night markets in Taipei like Liaoning market, Huaxi Street market, and Ningxia night market. But that’s a story for another day.

For more recommendations, read my guide on where to eat in Taipei

The food look so good. It made me want to fly there now ^^

Heh, I’m back again ramming on about your taiwan-related food post. AGAIN! A GODSEND!