By now, I’m sure most of you will have seen the trailer for Tron: Legacy by Disney Studios. The official launch date of the movie is 16th December 2010, be sure to catch it during this weekend!

Before I share more about Tron: Legacy, I will like to ask you something: what food and drinks do you usually “bring” into the cinema?

TRON is a 3D high-tech adventure set in a digital world that’s unlike anything ever captured on the big screen. Sam Flynn (Garrett Hedlund), the tech-savvy 27-year-old son of Kevin Flynn (Jeff Bridges), looks into his father’s disappearance and finds himself pulled into the same world of fierce programs and gladiatorial games where his father has been living for 25 years. Along with Kevin’s loyal confidant (Olivia Wilde), father and son embark on a life-and-death journey across a visually-stunning cyber universe that has become far more advanced and exceedingly dangerous. 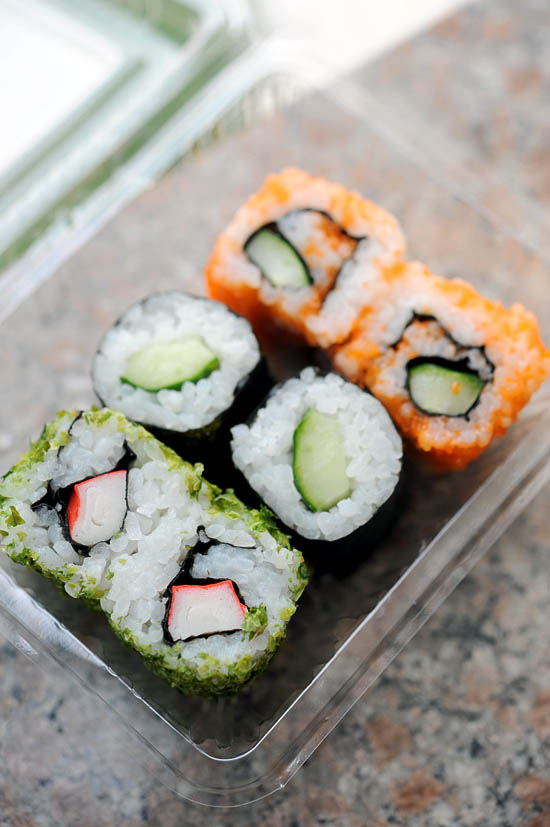 Anyway back to my question, I’m fine with paying a premium for the snacks at theatres (occasionally), but sometimes, I want something more than just popcorn, hot dogs, nachos and coke you know?

Sometimes, I want stuff like sushi, fried chicken, potato chips, cookies… okay you get the idea. For drinks, I like to sneak in bubble tea, but I don’t think it’s a very good idea to have drinks while you are watching Tron: Legacy. Especially if you have a weak bladder. Every minute of the fighting scene is so intense that it doesn’t make sense to risk missing any part of it just because you are craving for bubble tea.

It’s not advisable to sneak in food or drinks if you are catching Tron: Legacy this weekend. Chances are a) you will be so engrossed with the stunning visuals in the digital world as well as the special effects of the light cycles — that there’s simply no time to eat the food, and b) the sexy tight-fitting costumes shown in the movie will make you feel self-conscious and not want to eat anything.

Okay THAT’S IT. I’m going to sign up for a gym membership and go on a diet so that I can fit into those costumes!

Anyway, since we are talking about food, I was very fascinated by the scene where the main characters actually had dinner together. You mean you still need to eat when you are in the digital world? Whoa. But the main point is looking at things in 3D – it’s like suddenly everything comes alive in the big screen.

If you have not seen the trailer of Tron: Legacy yet, I have no idea where you have been.

Okay here’s a cool deal for everyone:

Join the Get into the Grid contest and win prizes like Tron Evolution XBOX 360, 10 pairs of cinema tickets, and 15 sets of premium packs. Take pictures of the models in Tron-inspired on the opening weekend, upload them to www.facebook.com/TronSG, and get your friends to ‘LIKE’ the photo.

Tron: Legacy is now showing in the theatres! What are you waiting for?

// To get the updates of the latest movies, join Disney Studios Singapore on facebook.

LOVED IT!! Amazing movie!! I agree the story was a little weak, but it was good enough that I was intrigued for 2 hours. Visually flawless, great action, perfect soundtrack!

Food i liked sneaking into the movies was after i bought some deep fried scallops from Isetan’s supermarket while they were having one of their infamous Japanese Food Fairs..it was AWESOME…lol. slightly pricey though lol