When it comes to impeccable dining and service standards, no one puts two and two together better than Pan Pacific Orchard, Singapore’s 10 at Claymore.

This affordable buffet restaurant is among one of the most popular dining destinations in the city and is a true highlight for carnivores and just about anyone else who appreciates an endless spread of indulgent treats—from local favourites such as prawn noodles to crêpes that come with a selection of sweet toppings of your choice.

In the months of October and November, gear up for 10 at Claymore’s brand new dinner buffet lineup, themed Epicurean Treasures – Jamón Ibérico, Belon Oysters and Lobsters, that will feature a luxurious spread of Jamón Ibérico from Spain, Belon and Fine de Claire oysters from France and Boston lobsters.

These star attractions, in addition to the rest of the buffet spread, can be enjoyed at only S$98++ for 2 pax all week from 01 October to 30 November 2017 when you quote ‘Ladyironchef-Dinner Buffet’ upon making reservations. So gather your friends and family because this is one epic buffet to indulge in!
END_OF_DOCUMENT_TOKEN_TO_BE_REPLACED 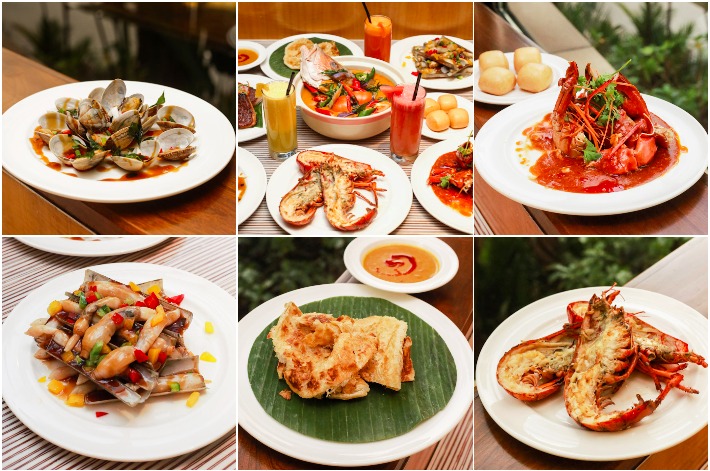 Window on the Park at Holiday Inn Singapore Orchard City Centre has a lobster buffet spread that focuses on Asian delights, though there are still international elements.

Paying homage to the ASEAN Golden Jubilee and the region’s rich culinary heritage, Window on the Park will be showcasing culinary styles and dishes from Thailand, Malaysia, Indonesia, Vietnam and Singapore. This is part of their Southeast Asian Culinary Dinner Showcase that happens every evening from Monday to Thursday and it is only going at S$80++ for two pax.

And as you gear up for the weekend from Friday and through to Sunday, reward yourself with the ultimate seafood treat—the Boston Lobster Weekend. Making its debut at the live station is the pan-seared Boston lobster as well as a myriad of seafood indulgences including baby lobster, fresh succulent prawns and scallops—all this for a steal of S$96++ for two pax! Window On The Park’s buffet promotions will be available from now until 30 November 2017.

While many other buffet restaurants out there pride themselves on having the largest and most extensive range of food and cuisines, Window on the Park adopts the ‘less is more’ approach by dishing out a substantially sized spread of only the good stuff, allowing diners to be able to savour each and every item before their bellies beg them to stop. Read on to find out just what stellar creations they have in store!
END_OF_DOCUMENT_TOKEN_TO_BE_REPLACED 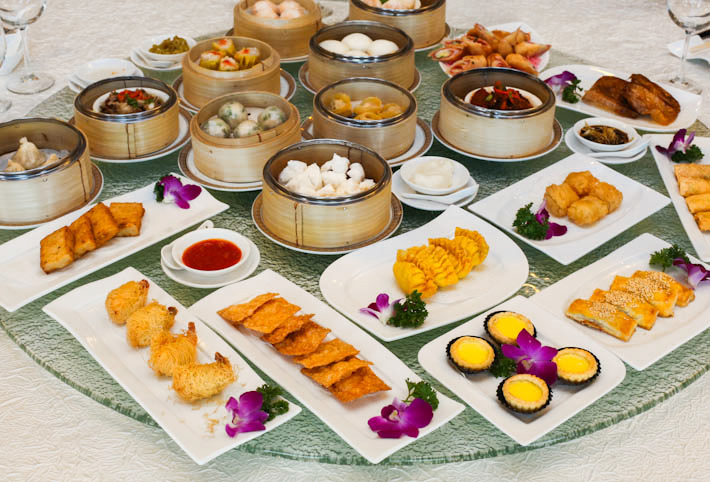 There is no doubt that Singaporeans take their dim sum seriously—we would source high and low for the best dim sum places in Singapore. What we love even more though, is a great deal that is easy on our pockets without compromising on the quality of the dim sum.

Originally at S$22.80++ per pax (inclusive of S$2 charge for Chinese tea, pickles & towels), Ban Heng has a current promotion of one dines free with every three paying adults. This works out to be only S$17.60++ per person! Yes, you can go for this awesome deal when you visit any of the five Ban Heng restaurants in Singapore during weekday lunch hours.

Here is why you should not miss out on this incredible dim sum deal at Ban Heng.

END_OF_DOCUMENT_TOKEN_TO_BE_REPLACED It goes without saying that Edge at Pan Pacific Singapore is one fantastic buffet restaurant in Singapore to get stuffed. Offering a whopping seven live food theatres as well as an extensive array of local and international delicacies inspired by umami rich flavours and sophisticated cooking techniques from the region, Edge goes above and beyond the typical hotel buffet in every sense.

The restaurant’s open concept also allows guests to observe and connect with the chefs while exploring the substantial selection that includes over a hundred dishes—talk about going above, beyond, and possibly over the “edge”.

Edge is proud to unveil several innovative new dishes inspired by Asian and Western cuisine, designed by Chef Charles who just joined the team less than a month ago.

From 07 August 2017 to 29 September 2017, our readers can quote ‘ladyironchef’ upon making reservations to enjoy this glorious new lunch promotion for two at S$90 nett (actual price: S$122.41) from Mondays to Fridays.

If you are one who enjoys over-the-top buffet spreads like us, then there is no reason why you should miss out on this amazing lunch promotion at Edge.
END_OF_DOCUMENT_TOKEN_TO_BE_REPLACED 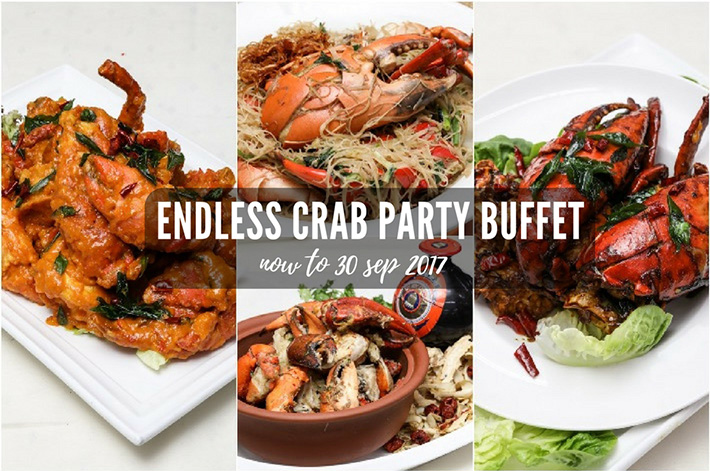 The annual Endless Crab Party Buffet at Spice Brasserie at PARKROYAL on Kitchener Road has been so successful ever since the concept was first introduced to the public. After several years, it is now Spice Brasserie’s signature buffet and one that resonates so strongly with the hotel.

Now, if you still haven’t had a go at the massive crab line-up, the promotion has now been extended until the end of September this year. To all of you who have missed out on our exclusive promotion previously, your chance is here! And this is an excuse for those who have been there to re-visit the restaurant again.

From now to 30 September 2017, quote ‘ladyironchef’ upon making your reservation to enjoy the dinner buffet at S$120++ for 2 pax. END_OF_DOCUMENT_TOKEN_TO_BE_REPLACED 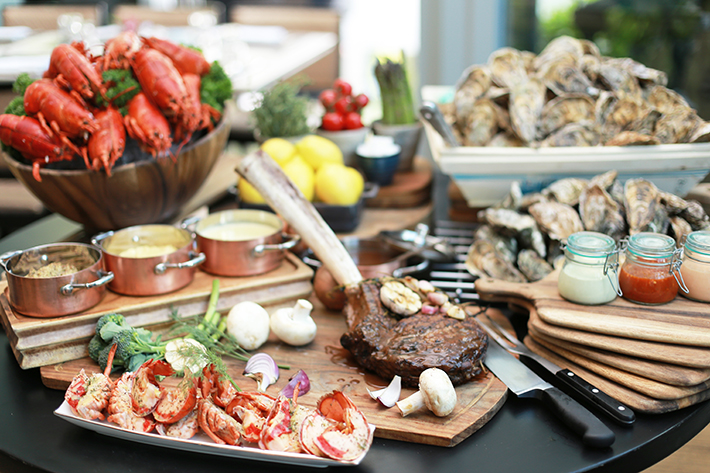 It is time to feast again at Pan Pacific Orchard, Singapore’s 10 at Claymore. The hotel’s star restaurant always surprises us with their thematic buffet spreads. Brace yourselves, beef and seafood lovers.

For the next line-up, tuck into a lavish spread of international cuisine and savour the robust flavours of Australian beef Wagyu Tomahawk, fresh Boston lobster and three varieties of oyster.

This fit-for-a-king lineup is aptly named ‘Beef and Reef’ which beautifully encompasses the best of both land and sea, and prices start from S$68++.

But you know what? You are going to enjoy a special price because you are learning about the buffet from us. From 01 July 2017 to 30 September 2017, quote “ladyironchef-two-for-$98-beef-and-reef” upon making reservations to indulge in endless helpings of Wagyu beef, lobsters and oysters at only S$98++ for two pax!

END_OF_DOCUMENT_TOKEN_TO_BE_REPLACED 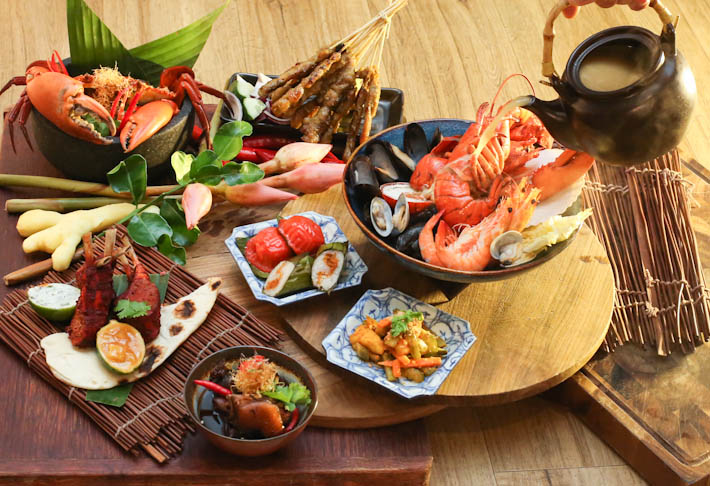 Looking back, we have had many fond memories at Plaza Brasserie in PARKROYAL on Beach Road. The buffet restaurant is currently undergoing a transformation and will return as GINGER by the end of the month. While we will miss the family dinners at Plaza Brasserie as well as its wonderful buffet spreads spread, boy, were we excited when we found out what GINGER will be offering.

The all-new GINGER will showcase the best of local food and regional highlights. Using only premium ingredients such as lobsters and crabs with familiar local recipes we all grew up enjoying, this buffet goes above and beyond your expectations of how local food should be like.

From fresh seafood to roasted delights and regional cultural delicacies, quote ‘ladyironchef-two-for-$88’** upon making your reservation to enjoy the dinner buffet at S$88++ for 2 pax from 27 June 2017 to 31 August 2017.

END_OF_DOCUMENT_TOKEN_TO_BE_REPLACED 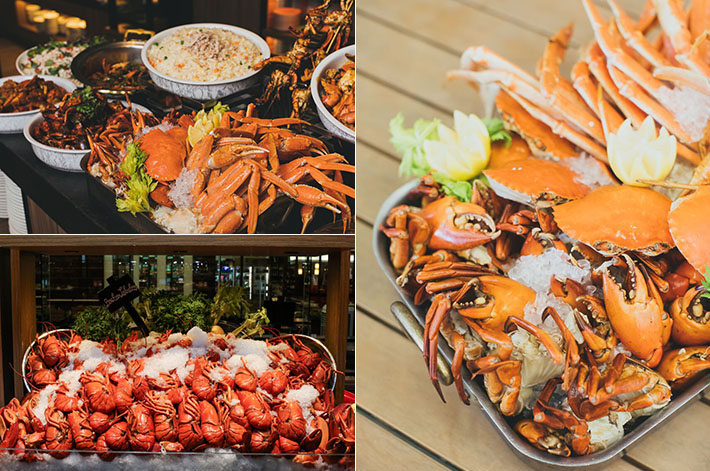