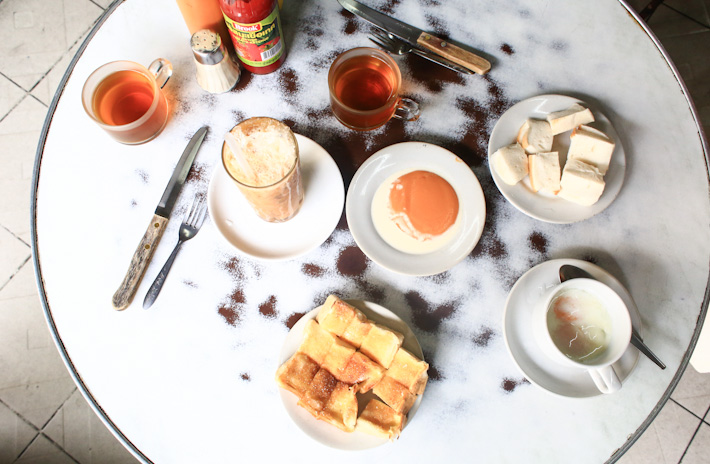 On Lok Yun is a 80-year-old institution in Bangkok which specialises in serving traditional breakfast. It reminds us of Yut Kee in Kuala Lumpur, as well as the now-defunt Chin Mee Chin Confectionary in Singapore—places that are as old-fashioned as they can get.

The shelves have rusted badly; the colours chip with every tick of the clock. Discoloured ceiling fans and faded milo tins, deity figurines and flowers, faded photos and an old photo of the Thai king.