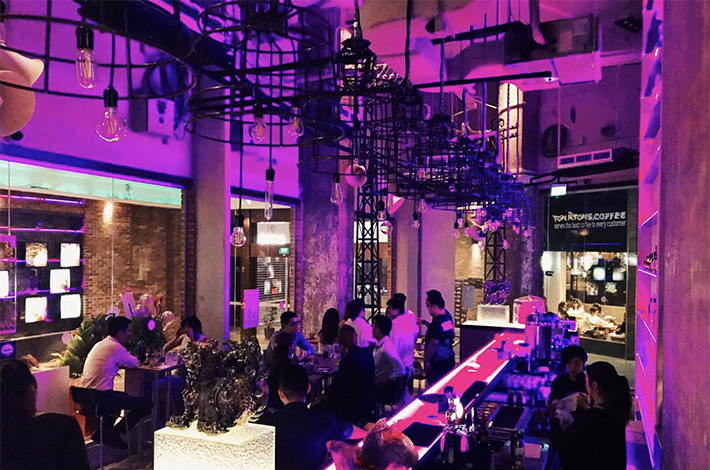 The beauty in fusion cuisine lies in its ability to combine different culture, culinary techniques and cuisine to create something entirely different and intrinsically better. But it goes far beyond simply slathering kaya on a scone or sprinkling curry leaves onto pasta—it takes practice, and possibly hundreds of failed attempts to achieve the perfect recipe.

Maru Dine & Bar is a contemporary Asian fusion restaurant located in Icon Village in Singapore’s central business district that expertly integrates the cultures of Vietnam, Japan and America into its food.

Be charmed by its uniquely designed interior that creatively encompasses the essences of each individual culture, as well as a stellar array of quirky creations that will please your palate as much as it will tickle your senses.
END_OF_DOCUMENT_TOKEN_TO_BE_REPLACED 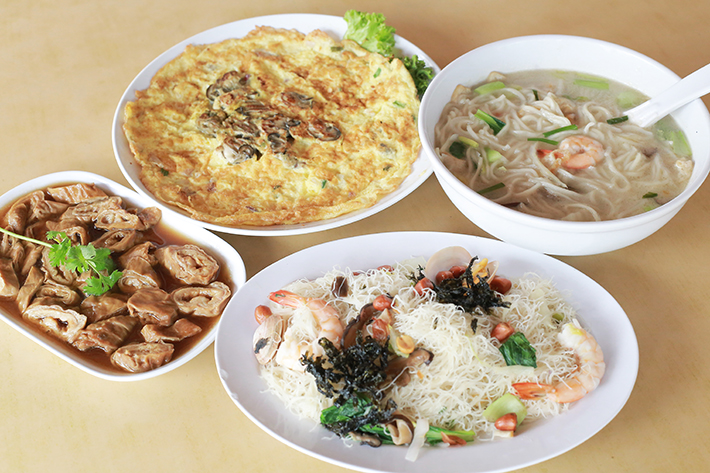 Putian Flavor Food—not to be confused with the Putien chain of restaurants—is a small, humble restaurant hidden in Lorong Ah Soo which serves authentic and delicious Heng Hwa food from the Fuzhou province in China at a fraction of restaurant prices.

In a nutshell, what you can expect to find in this hidden gem is comforting, light and tasty food at its best. The one dish that you surely must order is the Fried ‘Hing Wa’ Bee Hoon, an umami-packed noodle dish that brilliantly encapsulates the qualities of Heng Hwa cuisine—light, healthy but packs serious flavour.

END_OF_DOCUMENT_TOKEN_TO_BE_REPLACED 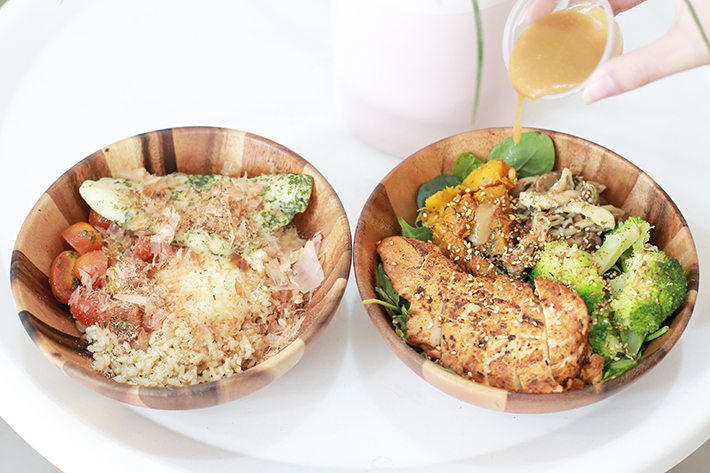 Harvest is the new kid on the block along East Coast Road, located right opposite i12 Katong. This homely salad and protein bowl bar features an extensive range of fresh ingredients of which you can pick to customise your very own healthy bowl.

Every portion of either the salad or protein bowl comes with one base, one sous vide-cooked protein, three sides, one topping and one dressing. Should you require something refreshing to wash down your food with or simply to cool you down, they also carry a pretty impressive variety of bottled cold-pressed juices.

What is impressive is that they adopt the French cooking technique of sous vide in cooking their proteins—a practice not commonly found in your average cafe. For all you health nuts living on the East side in need of a quick and healthy fix, Harvest is one spot that you should definitely pay a visit to.
END_OF_DOCUMENT_TOKEN_TO_BE_REPLACED 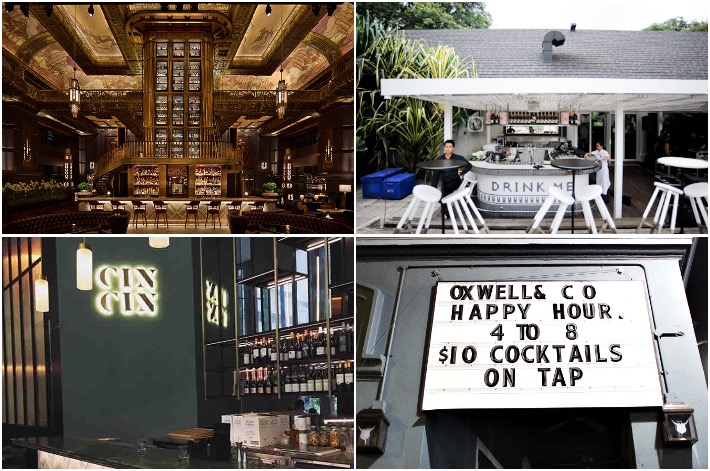 Made using a variety of botanicals and spices, gin exudes herbaceous qualities that make it tricky to play around with.

Yet, simplicity is key when it comes to this underrated spirit and something as simple as a gin and tonic is one of those simple concoctions that bears timeless appeal. When it comes to gin—a drink that warrants no unnecessary flair or fancy ingredients—it is always the delicate treatments that work best.

To truly experience the very best that gin has to offer, we strongly suggest leaving it to the masters who have dedicated their lives to perfecting their craft. Here is our list of the best gin bars in Singapore.
END_OF_DOCUMENT_TOKEN_TO_BE_REPLACED 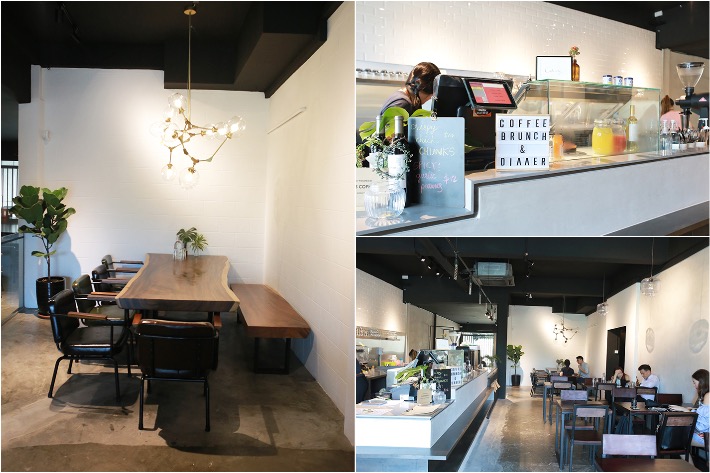 Nestled within the Sembawang Hills Estate neighbourhood, and the newest addition to the Upper Thomson enclave is Thus Coffee, a chic cafe that offers stellar grain bowls, pasta, brunch, hearty stews and coffee

Not only that, coffee aficionados can take pleasure in knowing that their coffee beans are freshly roasted in-house—something often overlooked at many cafes in Singapore.

Whether its superb coffee, a stellar array of brunch-style eats or simply just a place to escape the midday heat, the newly opened Thus Coffee at Upper Thomson is no doubt a worthwhile spot to check out should you happen to find yourself wandering around the area.

END_OF_DOCUMENT_TOKEN_TO_BE_REPLACED Speakeasy bars in Singapore are getting increasingly popular, well-loved for their sophisticated cocktail crafts or classy ambiences. But as much as we love indulging and feeling refined, every once in awhile it is always nice to hang out at a neighbourhood bar where you can have a cold one absent from any form of pretentiousness.

Never mind the dinginess, or the smelly toilets; neighbourhood pubs are where we head to when we want to kick back and crack open a beer with our buddies and the best part of these all is being able to wear slippers and shorts without being judged.

Here are 9 Neighbourhood Bars In Singapore you can wear slippers to without being judged.
END_OF_DOCUMENT_TOKEN_TO_BE_REPLACED 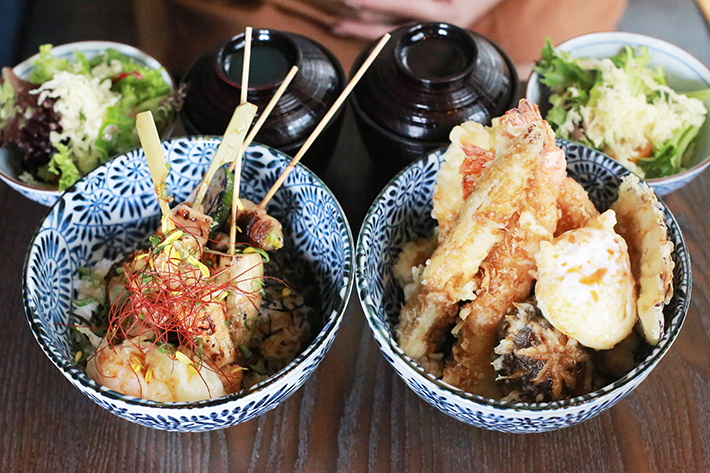 Set in the busy Marina Bay area, this humble joint exudes a certain rustic charm reminiscent of local eateries off the busy streets of Tokyo. Not just that, the staff here display exceptional politeness and hospitality which gives you a familiar sense of Japanese hospitality.

They serve up an exciting array of caramelised, gorgeously charred kushiyaki (grilled skewers) pleasures along with a decent selection of small plates, salads, donburi and tempura. If you happen to be around the CBD area, this would probably be a good spot to check out.
END_OF_DOCUMENT_TOKEN_TO_BE_REPLACED 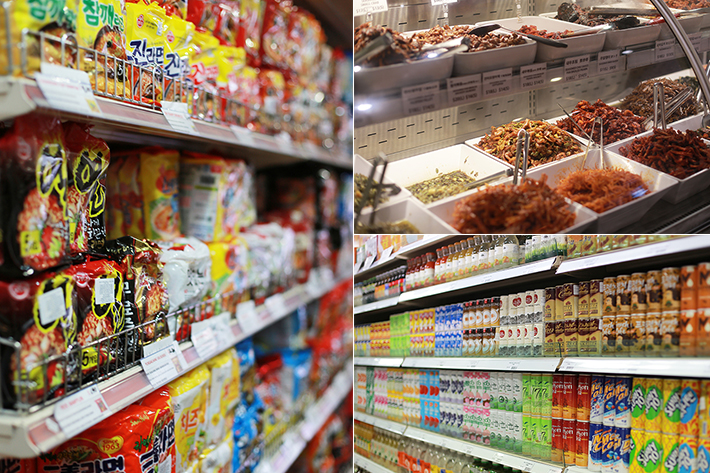 The massive (and sudden) influx of Korean pop culture—or the ‘Korean wave’—decades back, left a very deep and lasting impact on Singapore. Both the old and the younger generations saw themselves giving in to the allure of all things South Korean.

The influence of the Korean wave sparked a change in many people’s lifestyle habits. More importantly, many people saw themselves becoming obsessed with Korean cuisine, judging from the increased number of Korean stalls opening in food courts and many Korean restaurants sprouting out all around the island.

But dining out at these restaurants can be pricey, which is why we are grateful for the existence of Korean supermarkets which allow us to recreate our favourite South Korean dishes at home.

Here are 7 Korean Supermarkets In Singapore that you can count on to provide you with all the Korean food items you will ever need.