Hammee’s—a popular burger hawker stall at Commonwealth Crescent Market—took a short hiatus from selling burgers and it converted the stall to selling Nasi ayam goreng and Nasi lemak in March 2021 this year.

Fans of Hammee’ burgers will be thrilled to know that they have made a comeback on 21 October 2021.

Established in 2018, Hammee’s made a name for itself by selling quality gourmet burgers at affordable prices under S$10. Other than its signature beef cheeseburger, the fried chicken burger and fish burger are also very well received. 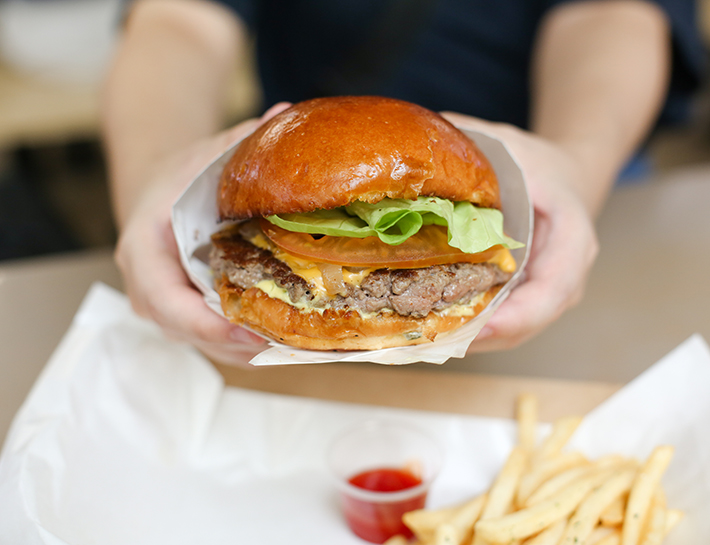 Here’s what you can look forward to at Hammee’s 2.0.

Made up of handmade beef patty, Hammee’s signature Beef Cheeseburger featured a beef patty which was incredibly juicy and packed with flavour. The toasted burger buns were pillowy soft and buttery, the caramelised onions gave it an extra oomph while the slice of cheese and homemade burger sauce complemented the beef patty wonderfully. 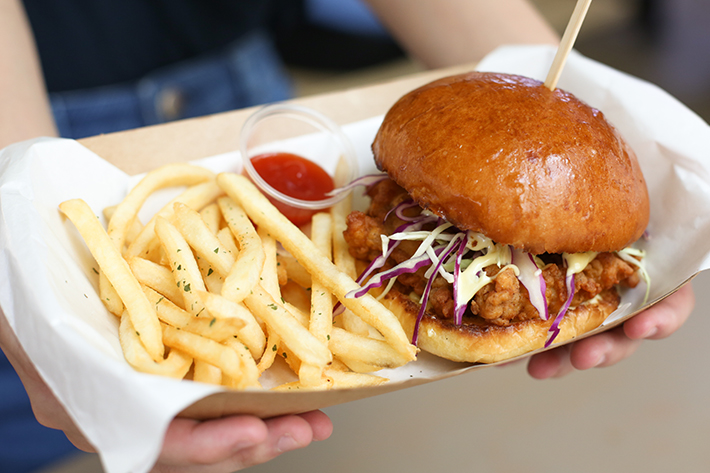 The fried chicken burger comes in 2 flavours: original and spicy. The chicken thigh was perfectly fried to a golden brown on the outside while maintaining its succulent juiciness on the inside, it was also very well-seasoned. Hammee’s has improved their fried chicken burger by using a slightly thicker chicken thigh for a better bun to meat ratio, and a punchier sauce.

Hammee’s has also tweaked the recipe for the fish burger. The entire Alaskan pollock fillet is now portioned out into shorter and more manageable strips so that the fish fillet doesn’t stick out from both sides of the bun. And instead of coating the fish fillets with the usual Japanese panko, Hammee’s made a light and crispy batter, and put their own blend of seasoning in it. 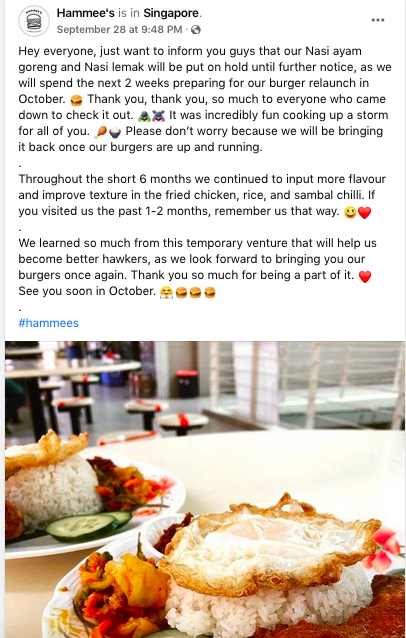 They have shared that the Nasi ayam goreng and Nasi lemak will be put on hold until further notice but they will be bringing them back again in the future. 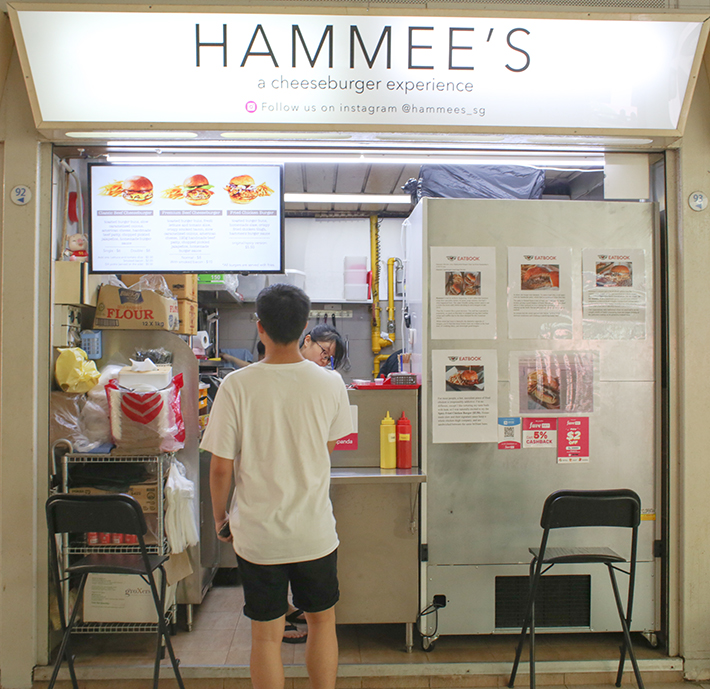 Hammee’s has announced that it has finished restructuring the stall so as to improve their operational work flow to serve their burgers faster and more efficiently. Hopefully, this will greatly shorten the waiting time for their burger.