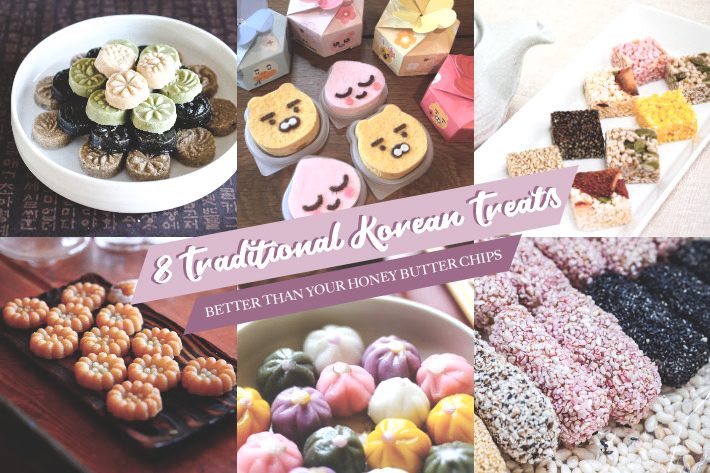 Let’s face it, you see those honey butter-coated peanuts or those tteokbokki potato chips everywhere and you start to get tired of that once addictive taste; It’s not even real honey or butter. Are these snacks even representative of what Korea has to offer in terms of sweet treats? We don’t mean bingsu either.

Just ask any ahjumma or ahjussi what are the snacks they think are representative of their rich Korean culture and history. We have an inkling it might be on this list of 8 Traditional Korean Snacks That Are Better Than Your Honey Butter Chips. These snacks can be found at most Korean traditional markets and some at more popular tourist destinations like Myeong-Dong. We’ve all seen the ahjummas on the streets of Myeong-Dong and Dongdae-Mun stirring a small skillet over a flame while students, children and couples look eagerly. If you walk over and take a closer look, you’ll find Dalgeona of all shapes displayed on styrofoam boards, awaiting their next lucky recipient.

Dalgeona is made with sugar and baking soda, melted then poured and pressed with various shape cutters. It’s a fun street candy where children challenge their friends to cut out the shape that has been pressed. It has a caramel flavour with a toasted aftertaste, melting quickly on your tongue!

Dasik are one-bite pressed cookies made with fried grain powders such as rice or soybean flour. They sometimes contain oriental medicinal herbs, flower pollen and honey, but in modern days, more popular flavours would include matcha and black sesame. These bite-sized babies are usually accompanied by traditional Korean tea.

Did you know Dasik was introduced to Korea from India? This stemmed from India’s Buddhist beliefs and the tea culture that came along with it. 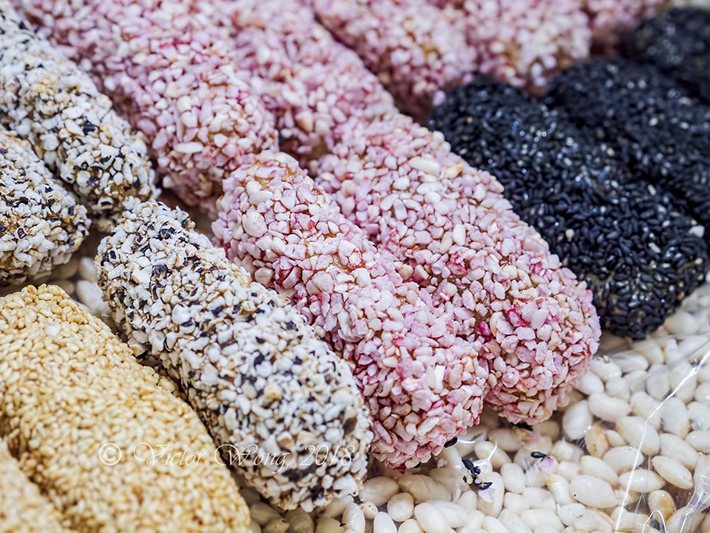 Coming in a spectrum of vibrant colours, Gangjeong are often served during important festivals and events such as birthdays, weddings and New Year’s. These meringue-like morsels resemble giant Rice Krispies, bearing a chewy glutinous rice flour center while coated in various kinds of toppings. Such toppings include sesame seeds, rice puffs and coloured nuts and powders.

Ganjeong has a syrup-like taste that is offset by their nut or puffed rice coatings. Their chewy, puffed texture results from it being first steeped in room temperature oil and left to fry as the oil temperature is increased. 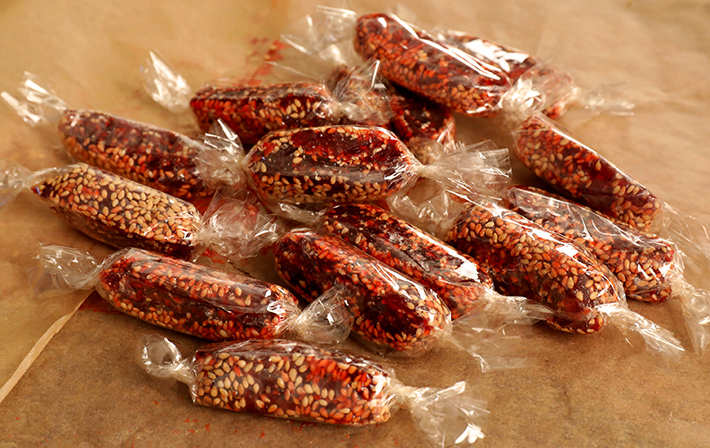 Jeonggwa is a Korean confection is fruit or root-based, having the various bits boiled in honey and then coated with all kinds of crunchy grains. They sometimes have similar texture to jellies and soft candy.

The most popular kinds are beetroot, lotus root and various kinds of citrus. They are then usually coated with sesame seeds. The honey adds sweetness to the earthiness of the roots and the sesame adds a nice crunch. These could be your new soft candy replacement in Korea! 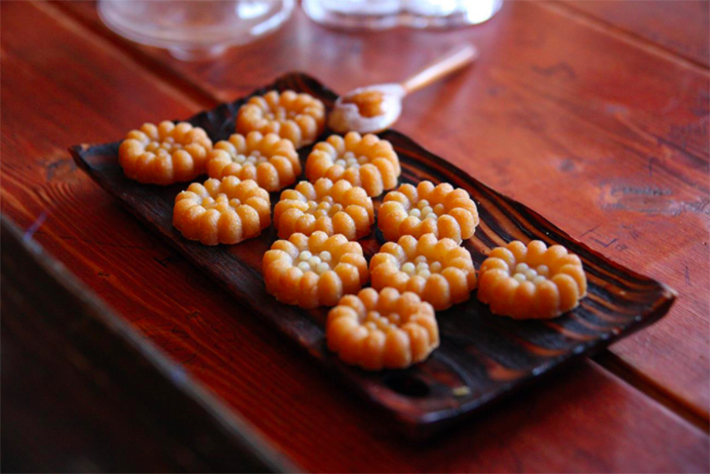 Also eaten mostly during important occasions like birthdays and celebrations, Yakgwa is as delicious as it is meaningful to traditional Korean culture. These chewy golden-brown cookies are made from honey, sesame oil and ginger then deep-fried. They aren’t the healthiest but they are only served once or twice a month so, it’s okay to make the most of it.

The cookies are super sweet, flavourful and addictive. One bite will have you hooked and craving a whole jar. They might possibly re-define the meaning of finger-licking good. 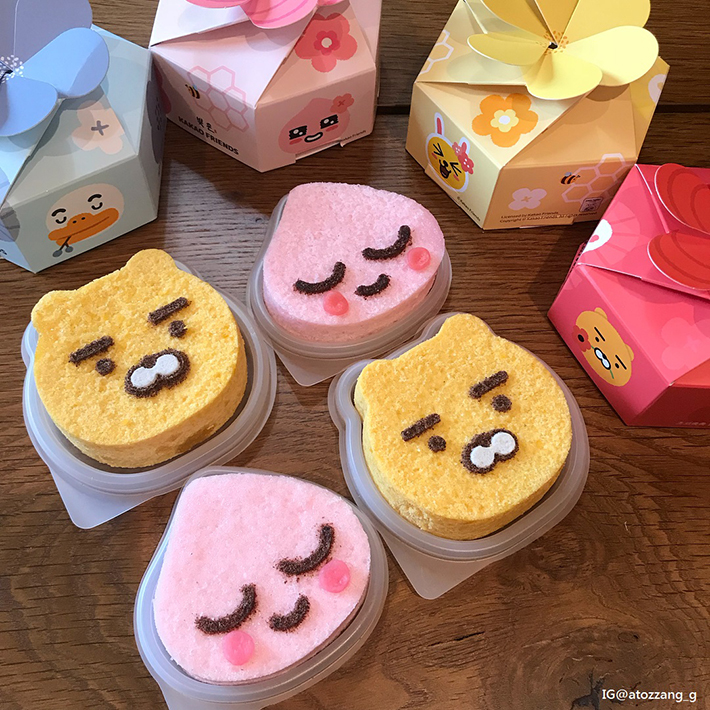 Traditionally, Yaksik is a sticky rice cake filled with more oriental ingredients such as chestnuts and other dried fruits, as well as honey. Yak means “medicine” in Korean, while Sik means “food”. This is because honey is believed to be a food that is good for longevity, so a lot of these traditional snacks are honey-based.

In more modern days, there are more innovative shapes and flavours to Yaksik. They are used to mimic popular toys and Korean characters, featuring flavours such as cheese or cranberries to give a natural colouring to the cakes. 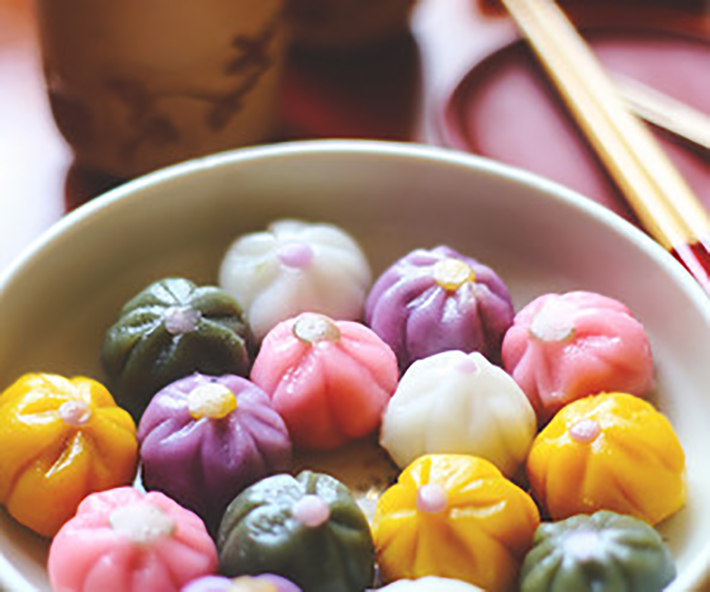 Tteok is probably the most well-known snack here on this list but don’t mistake this for tteokbokki, even if they are similar. Tteok is a broader category of rice cakes while Tteokbokki is a savoury dish made from plain tteok. Try saying that really fast.

Sweet tteok are traditional Korean rice cakes that are either stuffed with fillings or coated in roasted bean powders (injeolmi). They have a similar texture to Japanese mochi but are a little less soft. Tteok is enjoyed by Korean families during New Year’s and birthdays, served up with an array of vibrant colours. 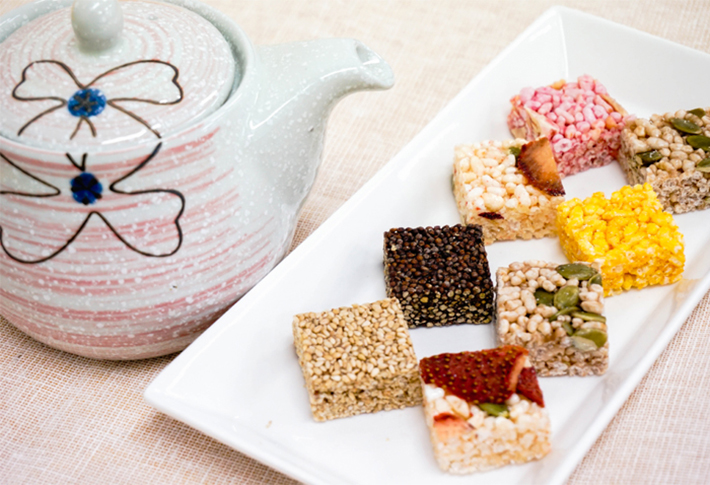 Similar to Ganjeong but cut into neat little squares is Yeot-Ganjeong. Yeot refers to the fermented starch-filled grains that are boiled, turning into malt. The malt is then topped with grains, nuts and dried fruits and cut into squares.

It has a similar texture to candy or granola bars, just without the artificial sweeteners and crazy ingredients. The most popular flavours for Yeot-Ganjeong are the ones coated in black sesame seeds or peanuts.