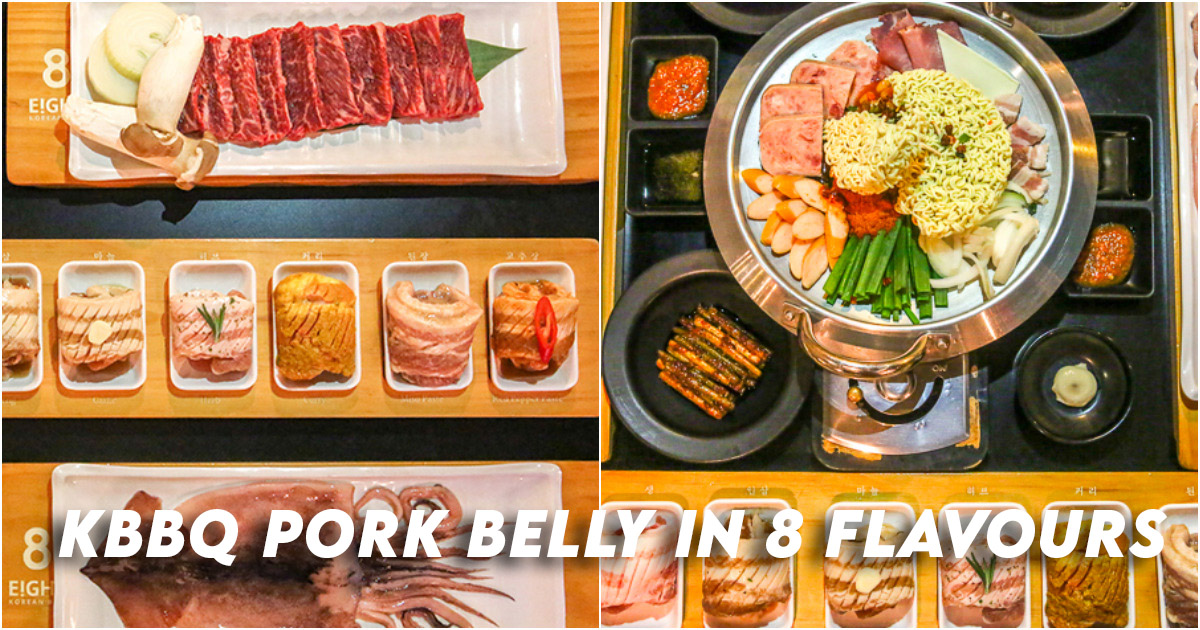 Located at the fourth level of Shaw Centre, 8 Korean BBQ—known for its signature Mangalitza pork—is a full-service restaurant with sleek industrial decor serves which serves as a great intimate setting for a meal with friends or family. 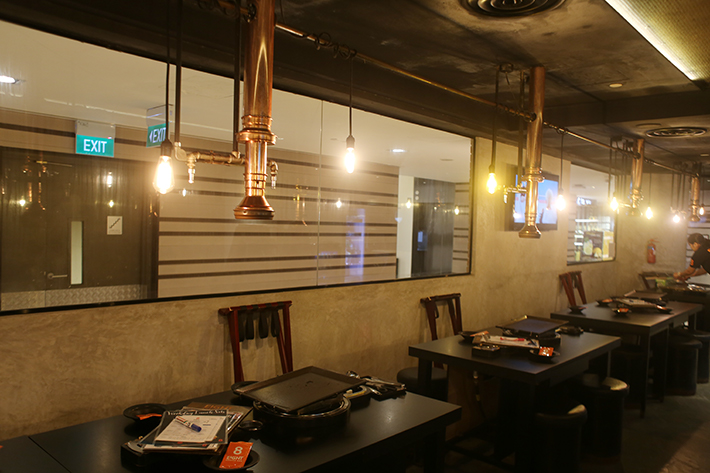 As their signature dish (which also inspired their restaurant name), the eponymous 8 Colours Set features eight thick slices of Hungarian Mangalitza pork which has been marinated with eight flavours that range from Wine—the lightest in taste, to Red Pepper Paste; the most flavourful of the lot. 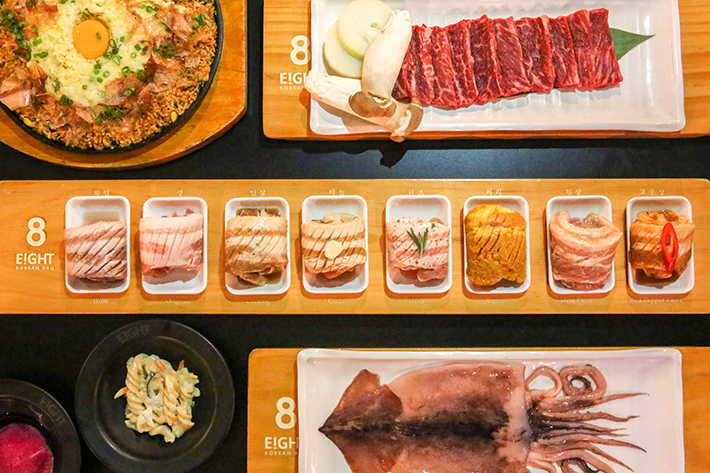 We left the grilling in the good hands of our server while we relaxed and enjoyed the K-pop videos that graced the screens. Once the cooking completed, we were advised to start with the lightest in taste so as to ensure we truly enjoy the differences in taste.

The first thing that surprised us was the entire tenderness of the pork belly; including the pork fat. We were able to easily chew and taste the cut pieces without worry. It also helped that the meat maintained its juiciness, making it equally flavourful with or without the accompanying sauce. 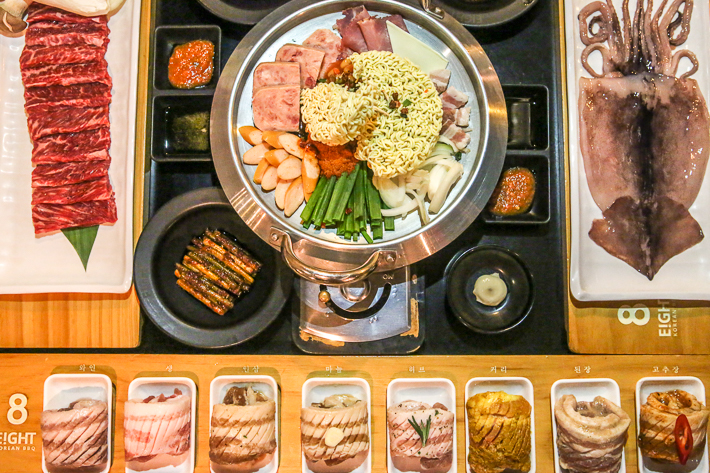 Aside from Korean barbecued meats, they also serve up an array of delectable Korean favourites such as Budae Jjigae (Korean Army Stew), Kimchi Fried Rice and Bingsu! 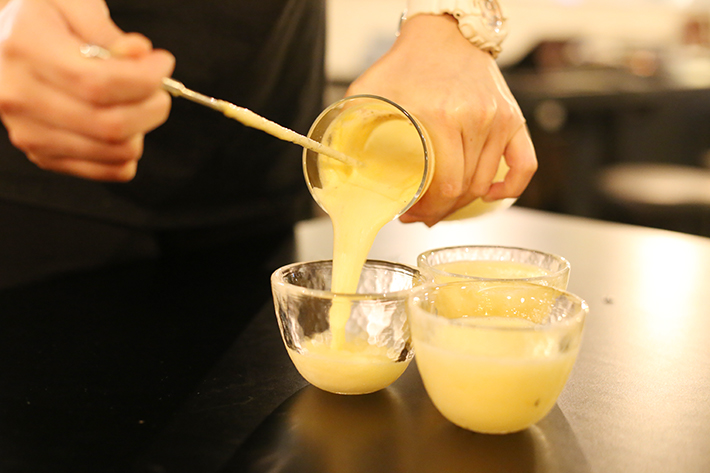 To accompany our meats, we got the Yucha Makgeolli which had a tinge of fruitiness that offered a more refreshing taste than the traditional sparkling rice wine. As the drink comes as a slush, it would be good to order this when your meat is about done grilling! 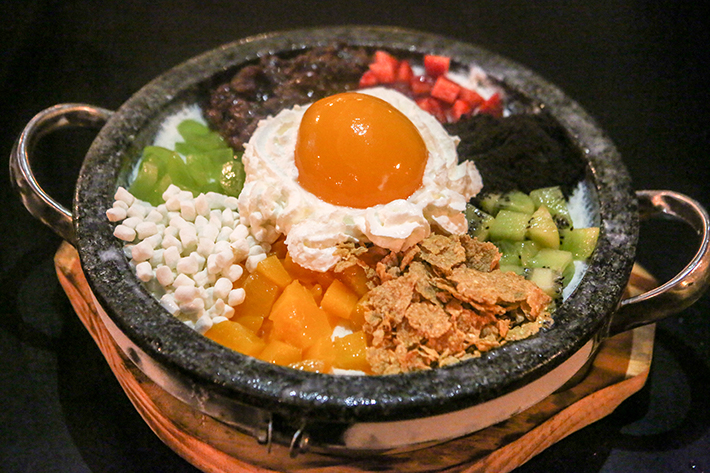 For dessert, we had the Bibimbap Bingsu, which came with eight different ingredients to mix in with the ice. The only missing piece was the accompanying milk which was not needed as the finely shaved ice is produced together with the milk.