Belgium, compared to its more popular neighbouring countries France, Germany and the Netherlands, tends to be an overlooked travel destination. But you should know that the country has a lot to offer – from its culture, architecture as well as its cuisine. Just their famed chocolates and waffles should be a good enough reason for you to visit!

There is no better place to start than the vibrant capital of Brussels, which is also the de facto capital of the European Union. Here’s a 48 hours guide to get you started! One thing you have to know about Belgium is that the Belgians take their fries very seriously. Known as frites the secret to these amazing potatoes is that they are fried twice. What you get are crispy golden brown fries that are soft and fluffy on the inside, and served with a sauce of choice.

The capital of Belgium is dotted with friteries or fritkots all over the place so there is no excuse for you not to try it! 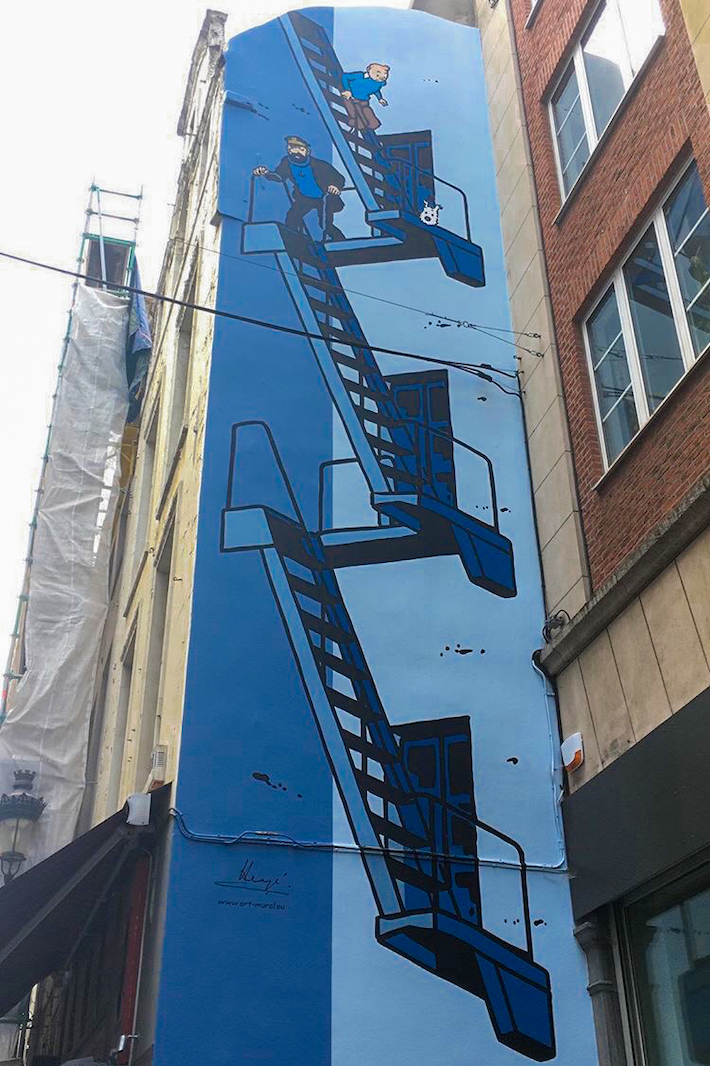 WALK ALONG THE COMIC BOOK ROUTE

Did you know that the popular comic The Adventure of Tintin is actually by a Belgian cartoonist Hergé? In celebration of their most popular comic strip hero, you’ll find a large mural of Tintin along Rue de l’Etuve – you won’t miss it.

Other murals scattered around downtown Brussels include popular comics such as Asterix and Lucky Luke. Since there are about 60 murals along the comic book route, a fun way to explore the city is to see how many you can find! 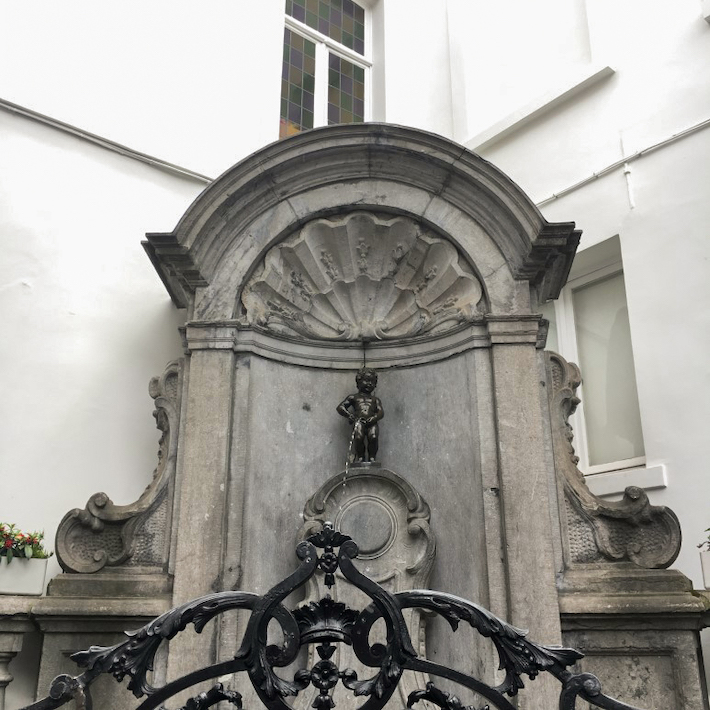 SNAP A SHOT OF MANNEKEN PIS

Just a stone’s throw away from the Tintin comic mural is Belgium’s biggest (or smallest) tourist attraction. This iconic bronze statue measuring only 61 cm is the national symbol of Brussels and probably the smallest landmark you’ll ever see. Maybe even the weirdest.

Translated as “little boy”, this statue portrays the said little boy naked and urinating into a fountain’s basin. Mannekin Pis also dons various outfits throughout the year. Despite its oddity, tourists from all over the world still flock to this statue for a photo. 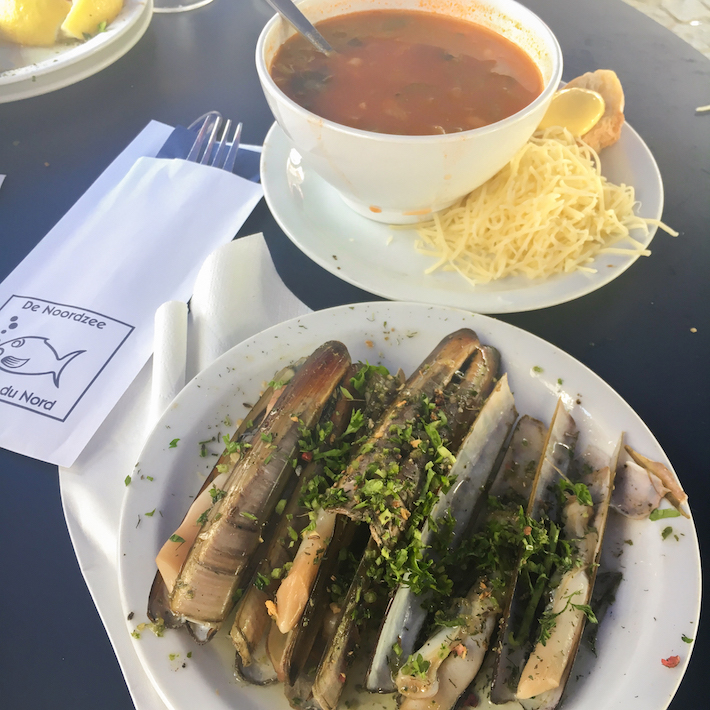 FEAST ON SEAFOOD ON THE STREETS

Located in the heart of Brussels is Noordzee – Mer du Nord, a fish bar that is popular among both locals and tourists for their fresh seafood. There is no fixed menu and instead, what offered is their daily catch. Order at the counter, grab a table and wait for your name to be called!

A must-try here is their traditional fish soup, which is served with grated cheese and croutons. Pair your seafood with a glass of champagne or white wine to get the full experience. Although it might be hectic, it will definitely be worth it.

MARVEL AT THE ARCHITECTURE AT GRAND PLACE

A UNESCO World Heritage Site, the Grand Place or Grote Markt is an impressive market square surrounded by guildhalls featuring a mix of baroque and gothic architecture. From the Museum of the City of Brussels to the Brussels Town Hall, you’ll be blown away by the sheer splendour of the opulent architecture in every direction you look.

Come every other mid-August, a Flower Carpet made out of more than 500,000 begonias is constructed over the main square for one weekend only! If you ever have the chance to catch this masterpiece, be sure to get the best view from the City Hall’s balcony. 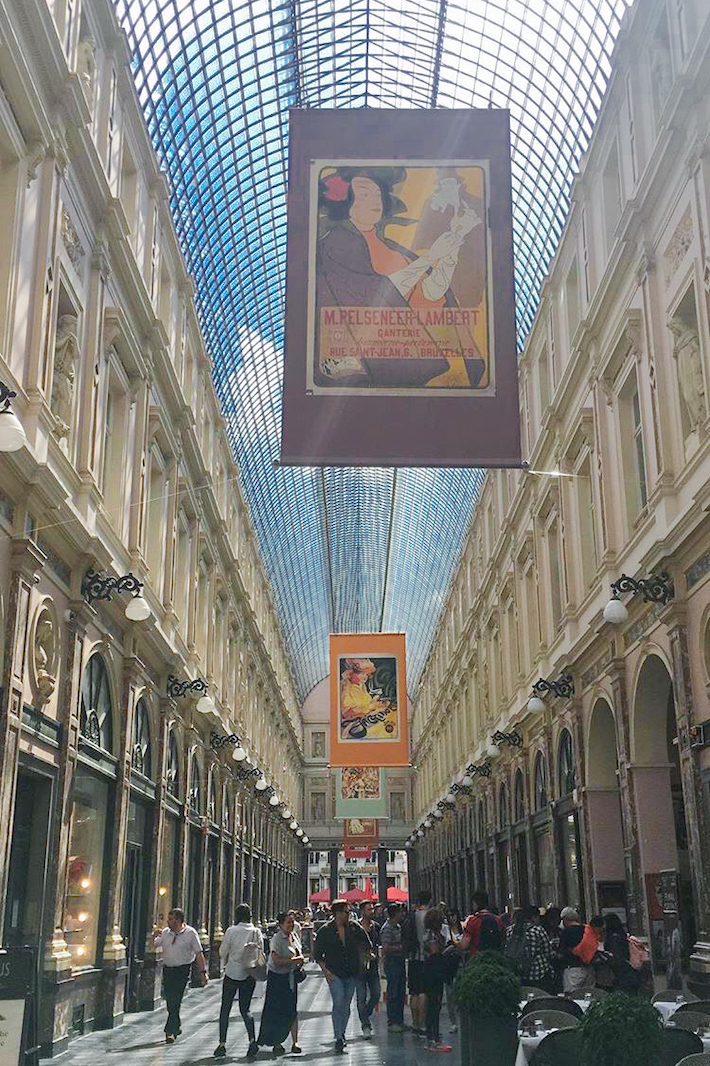 Built in 1847, Galeries Royales Saint Hubert is one of the first shopping arcades in Europe. This glass-roofed shopping arcade is lined with boutiques, cafes, chocolatiers, and even a cinema. The high ceilings and ambience of grandeur make it a great place to spend the afternoon.

Stop by Mokafe to get a taste of the famous Belgian waffles and choose from an array of well-known chocolatiers such as Godiva and Neuhaus to get some Belgian chocolates. GET A PANORAMIC VIEW AT MONT DES ARTS

Designated as a space for art and surrounded by museums and cultural centres, Mont des Arts offers one of Brussels’ best views. Meaning “hill of the arts”, this cultural hotspot is where all art lovers gather. Relax and enjoy the greenery of the garden before climbing a few steps to the vantage point.

The top of the hill overlooks the pristine garden as well as the spire of Brussels’ City Hall. On good days, you’ll be able to see even as far as the Atomium and Koekelberg Basilica. Originally built in 1958 for the Brussels World’s Fair, it is now a permanent structure and Belgium’s most iconic landmark. Essentially a blown-up version of the iron crystal, this is indeed a unique piece of architecture that you have to see for yourself if you are ever in Brussels.

Inside the Atomium, walk through the spheres and tubes to enjoy a panoramic view of the city as well as the exhibition to learn more about its history. Additionally, head to the restaurant if you’re feeling peckish. When in Belgium, eat like a Belgian. Of course, you can’t leave without trying moules-frites – their national dish of mussels and fries. A simple but quintessential French-Dutch fare, it’s a perfect reflection of the country’s history.

The mussels are traditionally stewed in white wine, herbs and vegetables but now you can find variations such as a thicker one made with cream or one where the white wine is replaced with beer. One place to have this Belgian speciality is the popular Chez Léon located in downtown Brussels.