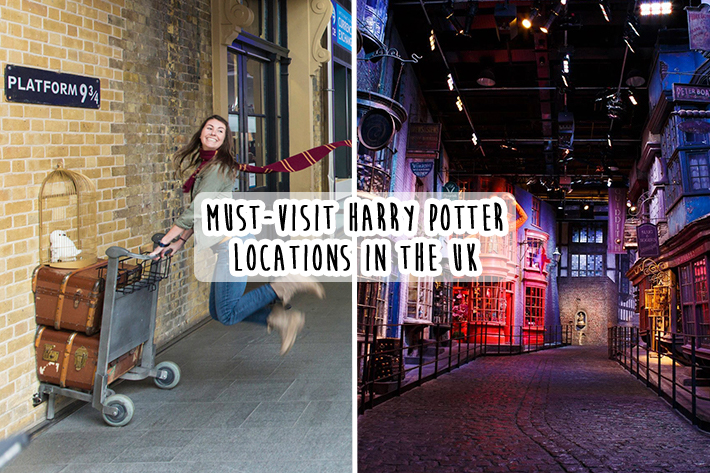 Even though many years have passed since the closure of the franchise, Harry Potter has constantly been a household name that gets the children and even adults excited. It’s no surprise that this pop culture icon has also become a reason for most fans to visit the United Kingdom, where they will get a chance to walk in the shoes of the boy wizard.

Though many would think that London is the primary destination to experience all things, Harry Potter, there are several spots around the UK that have played a significant role in the cinematic franchise. Here are 7 must-visit locations that all fans should have on their itinerary. 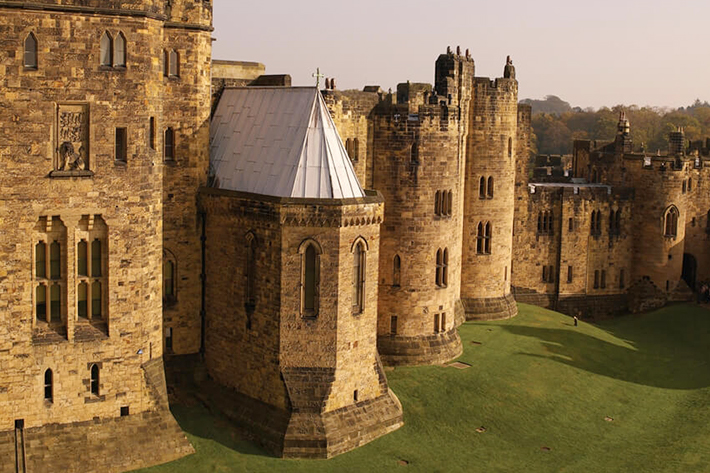 Used prominently in the first and second Harry Potter films, Alnwick Castle acted as the Hogwarts School of Witchcraft and Wizardry where Harry first learned to fly a broomstick (and coincidentally got scouted for the Gryffindor Quidditch Team).

Located in Northumberland, Alnwick Castle is open to the public for viewing with plenty of year-round activities such as their ‘Alnwick On Location’ Film Tour, Dragon Quest and Broomstick Training. 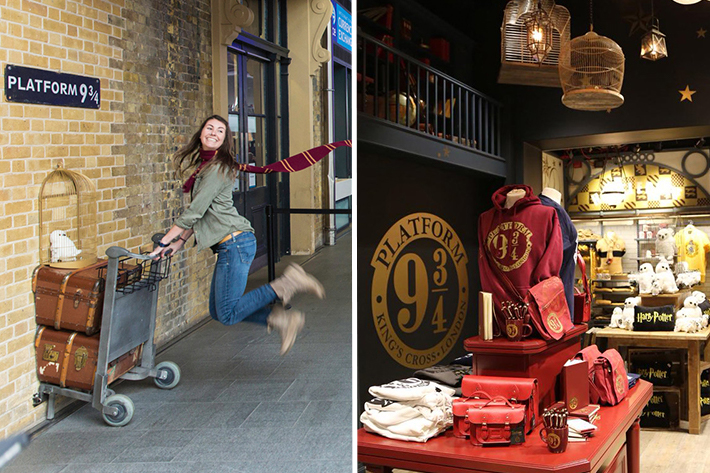 Who could forget that iconic scene where we were let in on a secret platform that the Hogwarts students used to board the Hogwarts Express?

To pay tribute to this association to the Wizarding World, King’s Cross Station installed a permanent photo fixture which features a trolley that is sticking out of the wall with a sign that reads Platform 9¾ above. Fans of the boy wizard can get their photos taken at no charge with a prop scarf in their house colours.

Located next door is The Harry Potter Shop at Platform 9¾ which sells the official Harry Potter merchandise such as Hogwarts school jumpers in the respective house colours, wands, scarfs as well as full robes! 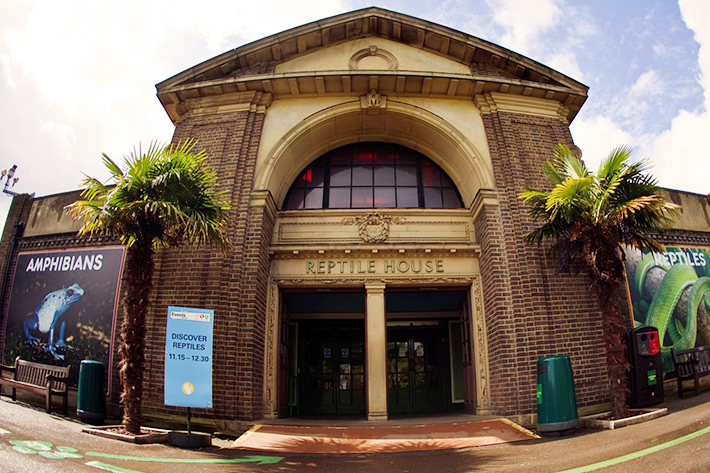 What better way to relieve the magic than a day out at the zoo?

Known for being one of the world’s oldest scientific zoo, the London Zoo is the perfect place to spend the day with interesting animals that includes a visit to their iconic Reptile House where Harry spoke to the Burmese Python and locked his cousin Dudley in the enclosure. The Reptile House also features snake-like environments which visitors can experience. 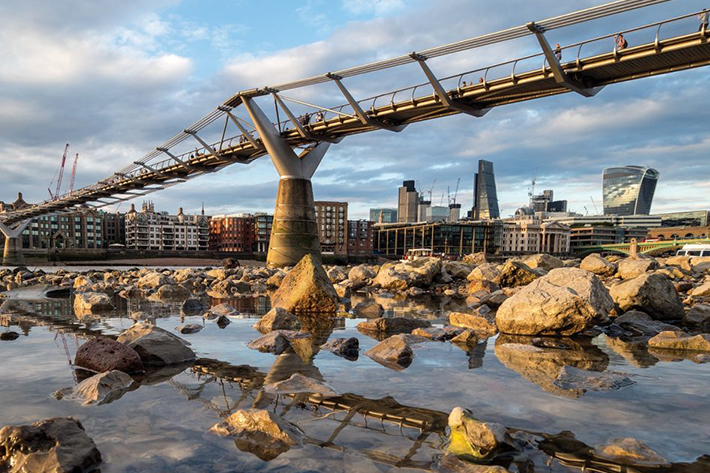 Harry Potter fans will probably remember the horrific opening scene of the sixth film when Death Eaters flew over London, destroying everything in its path – including the Millennium Bridge.

Opened in 2000, the Millennium Bridge is a footbridge which crosses over the River Thames, linking Bankside to the City of London. As it is placed in such a strategic scenic location, this is a good spot to take a few photos for keepsake!

Your Harry Potter-themed trip to London cannot end without a visit to the Palace Theatre, which houses the production of Harry Potter and the Cursed Child.

This amazing production of the unofficial eighth book to the series runs in two parts, each about close to three hours long as the entire story isn’t fit for the run time of a traditional single play. Though it is not an easy feat to purchase tickets for this hot production, you can still visit the theatre for a brilliant photo opportunity with their elaborately designed marquee! 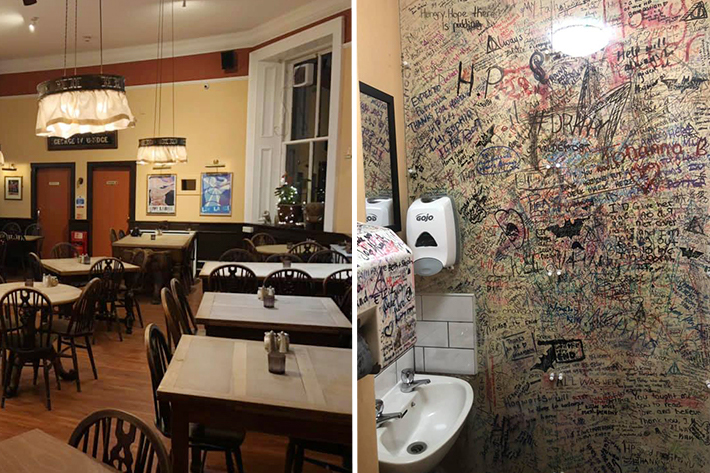 Since its inception in 1995, The Elephant House has grown into one of the best tea and coffee houses in Edinburgh, Scotland. It has also earned the nickname among Harry Potter fans as the ‘birthplace of the boy wizard’ because this cafe was where J.K. Rowling came to do her writing for the early novels.

Apart from taking a nice coffee break here, do check out the famous bathroom which HP fans from all over the world have left messages on, marking their visit to the cafe! 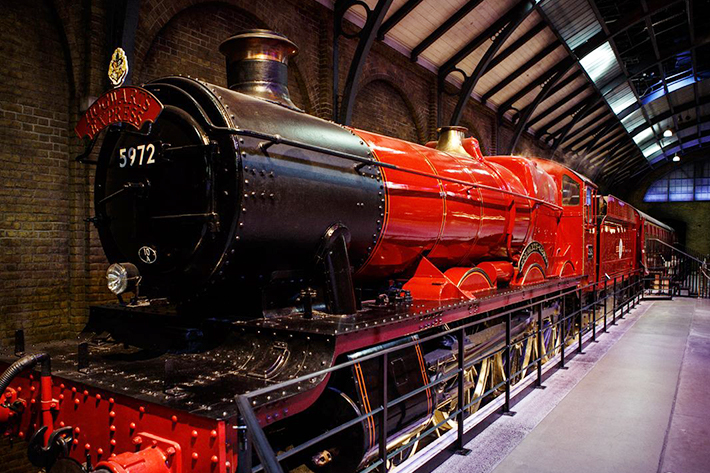 No HP-themed trip to London is considered complete until you visit the Warner Bros Studio Tour in Leavesden.

A Mecca for all Harry Potter Fans, the tour is almost like you’re behind the scenes to the magical cinematic franchise. From life-sized sets such as the interior of the Great Hall to the amazing props in the Potions Classroom and the life-sized Hogwarts Express, you’ll get to fulfil your dream of experiencing the magic up-close-and-personal.