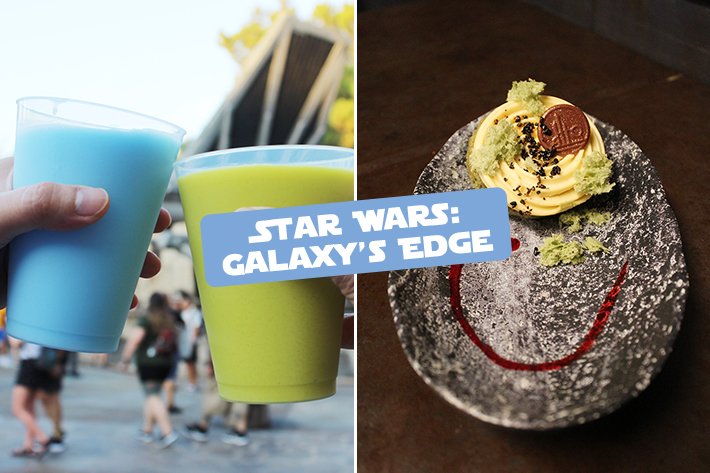 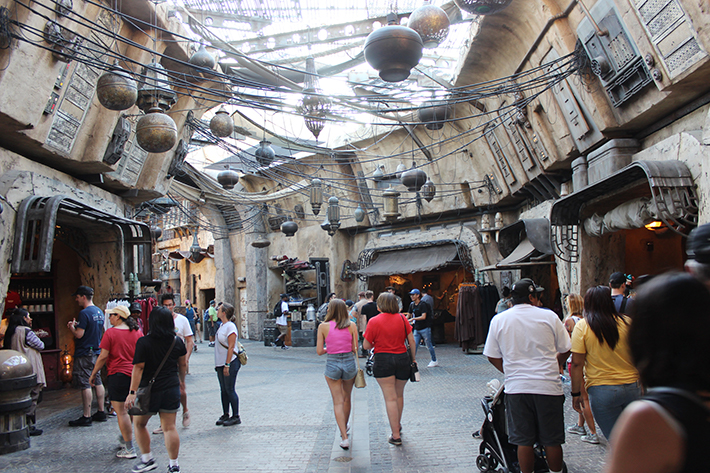 With the specially created score just for Star Wars: Galaxy’s Edge blaring through the speakers, and the scrap metals lining the path towards the entrance to the remote outpost planet of Batuu, it wasn’t hard to tell that we were finally in our new found second home. 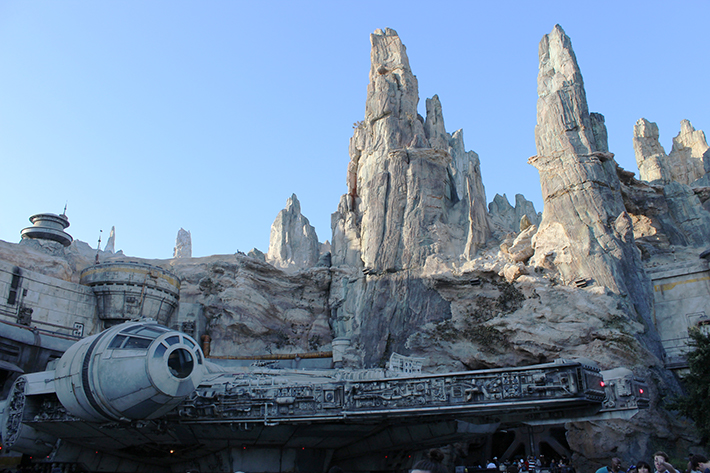 Along with other fans of the franchise, we found ourselves gawking in amazement at the intricate details on the decor, buildings and even trash cans, which did not fail to act as a constant reminder that we were now theoretically a part of the Star Wars universe. 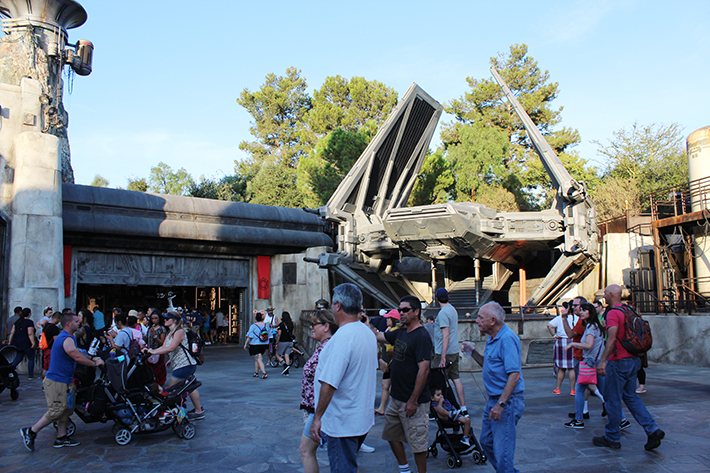 Feeling peckish from all the excitement, we decided to go on a hunt for some food. While we had innocently expected theme park foods that were served at the other areas of the park, we were surprised with the range of Star Wars-inspired foods available.

To give you an insight as to what. Kind of food you can expect when you visit, here’s five yummy treats that you have to try at Star Wars: Galaxy’s Edge. 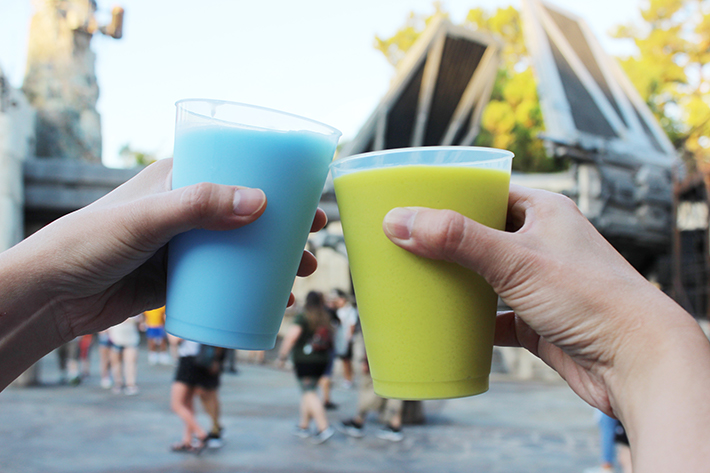 Quite possibly the number one must-try item on every Star Wars fan’s list, the Blue and Green Milk (USD$7.99 each) are inspired versions of the beverages that Luke Skywalker has in A New Hope and The Last Jedi respectively.

Made from a plant-based blend of coconut and rice milks, these real-world milks come in a fruity frozen form which is perfect when you’re facing the California sun. Though they are similar, they do differ in flavours with the Green Milk having a bit more of a citrus taste.

We were definitely bigger fans of the Blue Milk as it had a more light and milky taste which presented a more rounded after taste.

Where to find: Milk Stand While we are not big on pork ribs, we have to say that the Smoked Kaadu Ribs (USD$16.99) had us thinking otherwise. Served with a blueberry corn muffin and cabbage slaw, the smoked country sticky pork ribs were quite tender and made it really easy for us to enjoy.

Not only was the meat easy to get off the rib, it also had a melt-in-your-mouth effect which was further complemented with the tangy and spicy BBQ sauce. 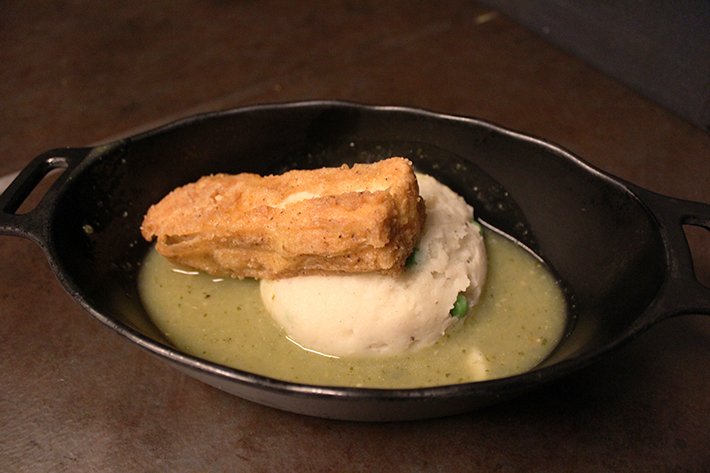 Despite its exotic namesake, the Fried Endorian Tip-Yip (USD$15.49) is really just a fried chicken dish that is served with roasted vegetable mash and herb gravy. Although simple-looking, it does have its hidden qualities.

The chicken, even with the outer fried batter, was easy to cut and tasted pretty tender. As it might taste a little dry on its own, it would be good to lightly dip it in the herb gravy or pair it with some of the mash. 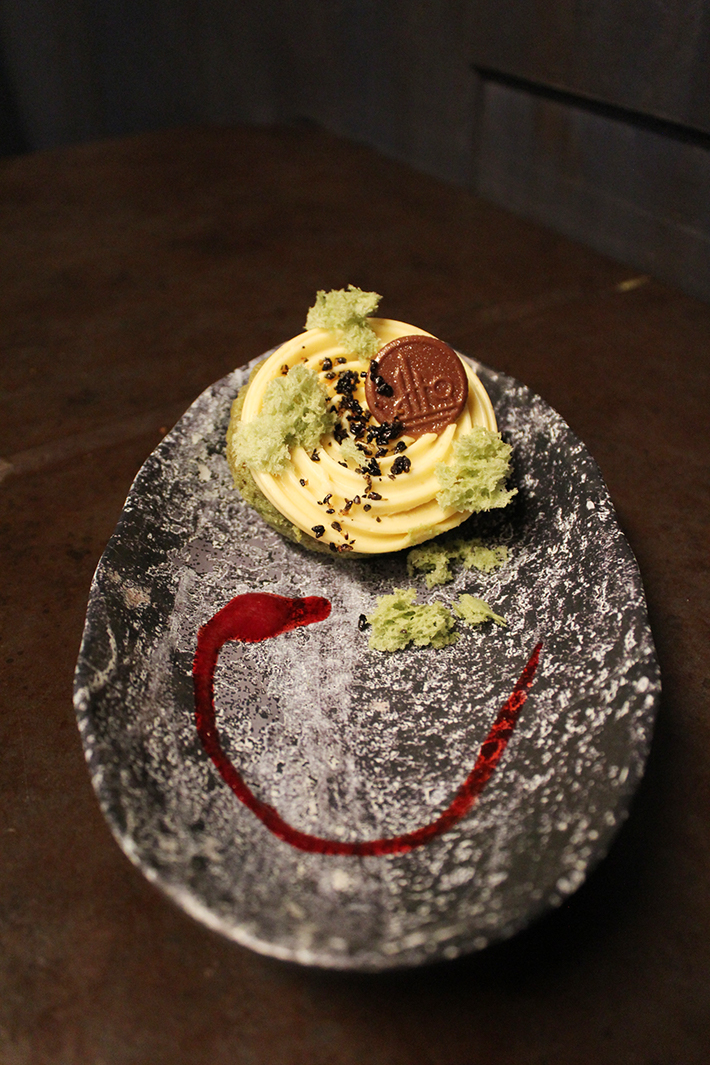 If you’re looking for a sweet treat, the Oi-Oi Puff (USD$6.49) makes for an excellent dessert that’s not too sweet. Similar to a cream puff, the puff comes with a layer of passion fruit mousse on the top, and raspberry cream on the inside.

When eaten altogether, the raspberry cream gave a slightly sweet and creamy taste while the mousse rounded the whole dessert off with its refreshingly tart aftertaste.

Exclusively available only at Oga’s Cantina, the Blue Bantha (USD$13) is one of the house specialties that is made from a non-frozen form of the Blue Milk. It comes chilled in a tall glass together with a Bantha-inspired vanilla butter sugar cookie.

Due to its strange outlook, we were definitely a little hesitant to take a bite of the two-layer cookie but when we eventually did, we found a complementary mix of textures in one cookie.

The top was a light meringue circle, while the middle layer was an intriguing mix of flavours that included coconut, chocolate, caramel and Weetabix.

Where to find: Oga’s Cantina