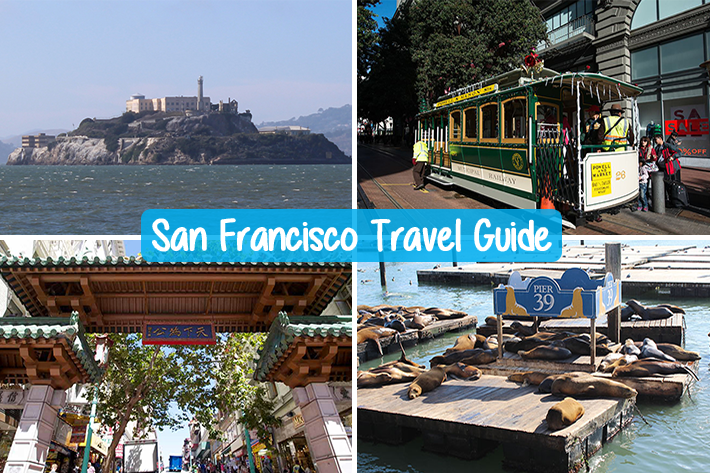 The city of San Francisco is home to a little bit of everything. It’s a city of great tech and start-ups, diverse restaurants, fun and famous neighbourhoods, each with their unique take on the golden gate city life.

Though it’s no Los Angeles, San Francisco holds its own by giving visitors memorable experiences that they can’t really find in other cities. From their uphill streets to their ever famous Alcatraz island, here are nine things that you’ll need to see and do when you next visit this vibrant city. 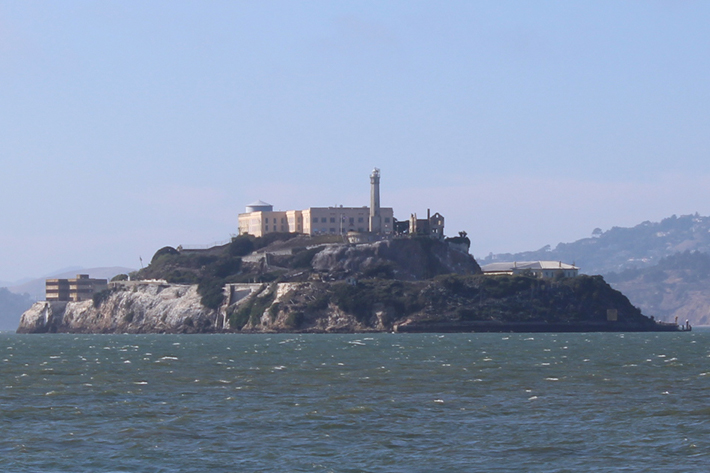 THE FAMOUS (AND INFAMOUS) ALCATRAZ ISLAND

Probably one of the most famous tourist attractions in San Francisco, Alcatraz Island never fails to see a good number of visitors who embark on a learning journey that reveals stories of incarceration, justice, and common humanity in the United States.

Here, visitors will get to learn the history of the small island as it transformed from a fort to a military prison and eventual maximum-security federal penitentiary which went through a tumultuous during its time of operation.

Alcatraz Island
San Francisco
CA 94133
Departures are available every half hour throughout the day from 8.45am via Alcatraz Cruises
Closed on Christmas, Thanksgiving and New Year’s Day 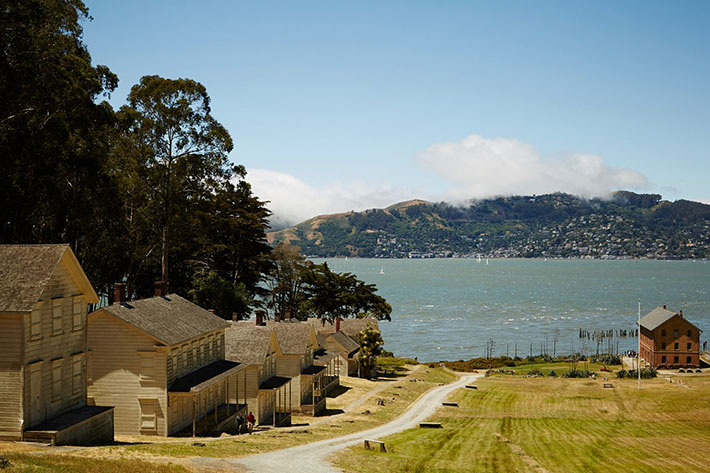 Though always overshadowed by Alcatraz, Angel Island State Park holds its own by being one of the most beautiful and historic islands in the San Francisco Bay that you simply must visit.

This hidden gem is not only a great place to have fun, but it’s also a location steeped in rich American history. Often described as the Ellis Island of the West, Angel Island was known as the first stop Asian immigrants encountered back in the 1900s where they had to be processed before being entering the United States. COFFEE CULTURE IN THE MISSION DISTRICT

Described as one of the more diverse and lively neighbourhoods in San Francisco, it’s hard to pinpoint exactly what to do in the Mission District. One thing for certain is that this area is known for being a caffeine fix hub, which features some of the best coffee places in SF.

One cafe to look out for is the popular Stanza Coffee which is located near the intersection of 16th and Valencia. This hole-in-the-wall coffee shop brews a mean and delicious cup of coffee, and serves a variety of pastries and small bites to go with your cup of Joe! 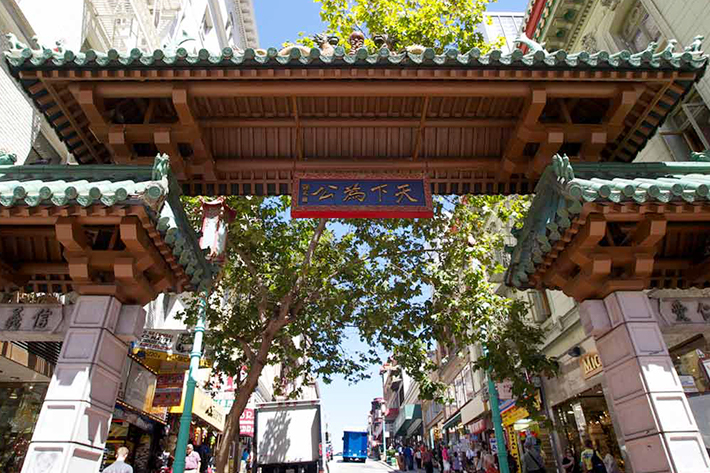 Known as the oldest and most established Chinatowns in the United States, the journey through SF’s Asian pride and joy begins at the iconic Dragon’s Gate before expanding into a bustling maze of streets and alleys that covers 24 city blocks.

Almost similar to a little Hong Kong, you’ll be able to find a variety of dim sum joints, traditional Chinese eateries, as well as quaint bakeries that sell yummy baked goods such as Egg Tart, Wife Biscuit and Polo Bun. 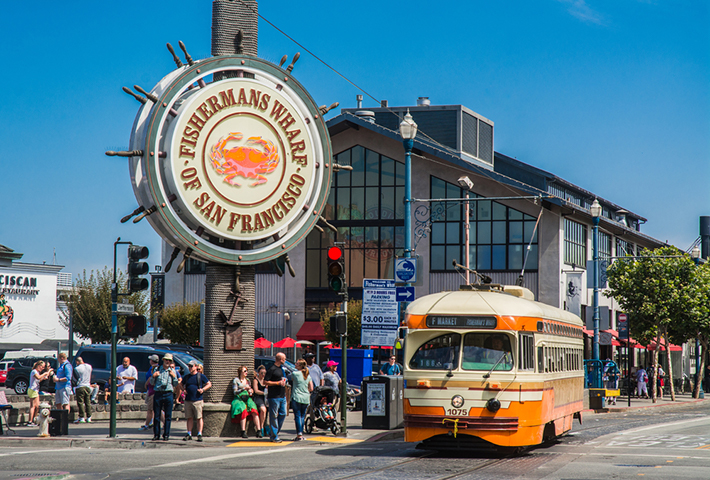 FUEL UP ON SEAFOOD AT FISHERMAN’S WHARF

If you’re someone who loves seafood, you’ll definitely need to add Fisherman’s Wharf to your list of attractions.

This famous waterfront community is home to a variety of seafood restaurants that are said to offer some of the best dining in the city. Be it the speciality Dungeness crab served fresh at the food stands outside or within an establishment, Fisherman’s Wharf has an eclectic mix of tastes that will surely hit the spot. Widely regarded as one of the premier ballparks in the United States, Oracle Park is home to three-time Major League Baseball World Series Champion, the San Francisco Giants.

Apart from watching a baseball game, you could join the Oracle Park behind-the-scenes tour which allows you to step onto the field, sit in the San Francisco Giants’ dugout, take a peek inside the Visitors’ Clubhouse as well as experience the Giant Vault – a museum that details the rich and storied history of the team. 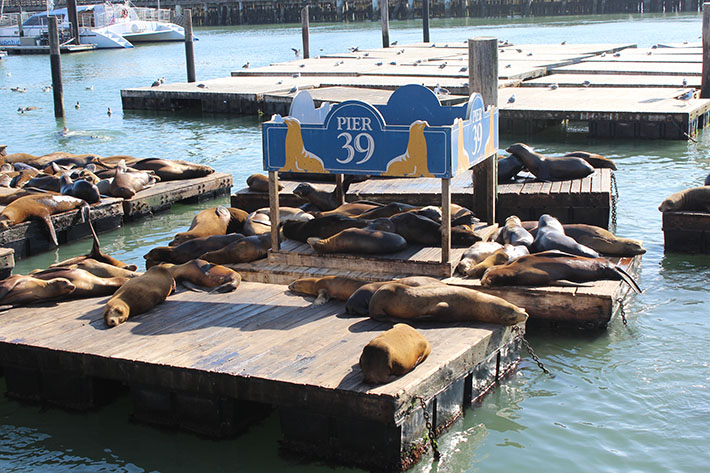 SAY HI TO THE ADORABLE SEA LIONS AT PIER 39

Located in the heart of the San Francisco waterfront, Pier 39 is a premier entertainment destination that spans two levels of dining, entertainment, shopping and attractions.

One unique tourist attraction that Pier 39 has is their world-famous sea lions, which can often be heard as soon as you’re within range of their resting platforms at K-Dock. Having grown accustomed to human visitors, these boisterous sea lions often fight for attention especially when you’ve got your cameras out! 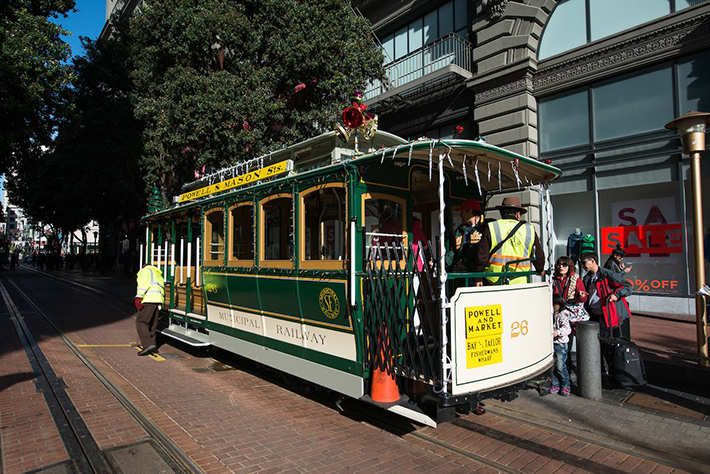 HITCH A RIDE ON THE AGE-OLD SAN FRANCISCO CABLE CAR

Nothing quite compares to a truly unique experience on a San Francisco Cable Car, especially when you are tired of climbing the windy hills.

Invented in San Francisco nearly 150 years ago, and named a National Historic Landmark in 1964, these cable cars have been kept in tip-top shape for visitors to get around the city using their three cable car lines.

The cable car offers two kinds of experience: One where you are seated, and another (more for the brave thrill-seeker) where you’re standing on the outside of the car, holding onto the special poles provided. 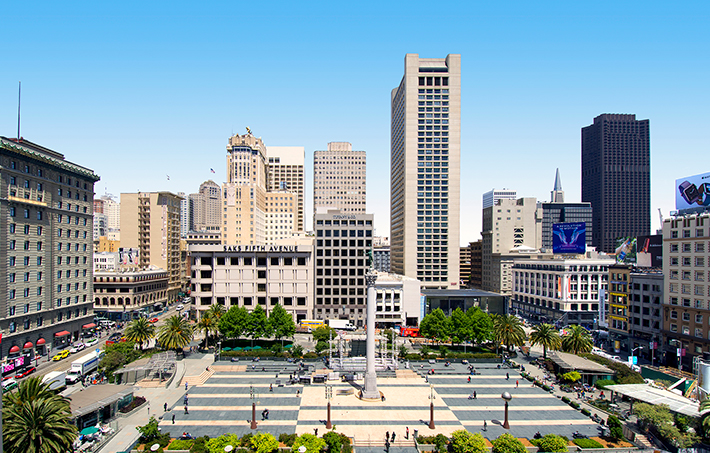 This central shopping district is a favourite amongst tourists because of the close proximity between department stores, upscale boutiques, gift shops, and dining establishments. Easily accessible by foot and public transportation, don’t be surprised if you end up spending the entire day here!

For more recommendations, read our San Francisco travel guides to discover the best places in the city.