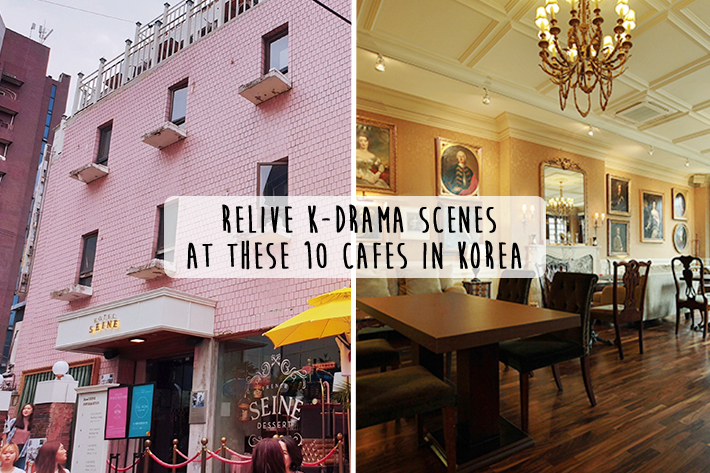 Looking for an alternate itinerary inspiration for your next trip to Korea? Besides Seoul, South Korea is home to many other cities that have unknowingly been added to our list of places to visit whenever we see them in our favourite Korean dramas.

While most storylines are set in Seoul, many of the locations where the leads meet for coffee are usually filmed in another city. Here’s a list of 10 notable cafes from popular dramas that you could consider adding to your itinerary! 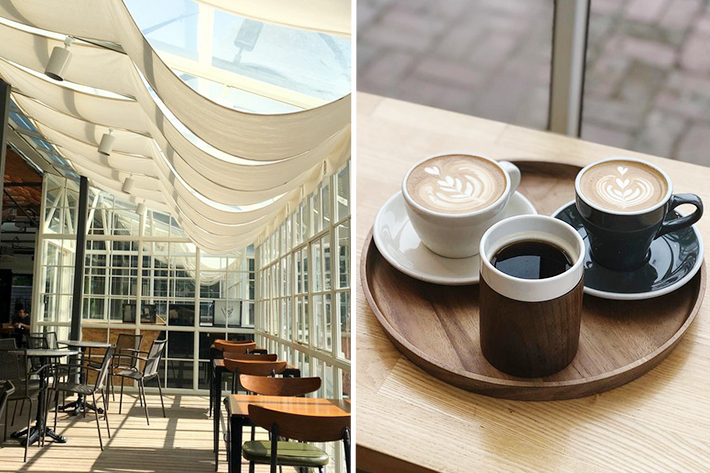 Located on a plantation in Goyang, it’s easy to spot the Goyang branch of Alex the Coffee which looks almost similar to a pristine-looking greenhouse.

Known for their simple interior where Park Seo Joon swept Park Min Young off her feet in What’s Wrong with Secretary Kim, Alex the Coffee is a great place to unwind with fresh coffee made using coffee beans brought in daily from its headquarters in Yongin. 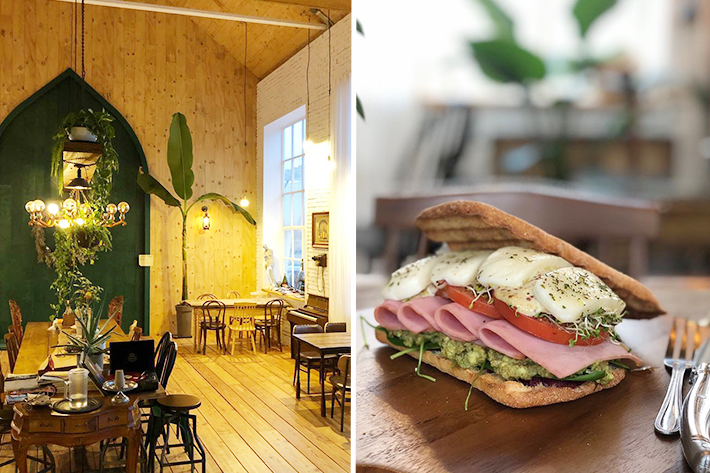 If you’re a fan of the hit drama SKY Castle and remember that scene where Woo Joo’s mom met up with Ye Seo’s mom to talk about the book incident, this is a cafe you wouldn’t want to miss taking a trip to.

Located about an hour away from Seoul in Chuncheon, Boon Docks Cafe provides a good place for you to rest and relax with a light meal and a cup of coffee. Though this quaint cafe may seem a little secluded from the usual ones in Seoul, the space makes way for the cafe’s interesting exterior that can be easily recognized from afar.

In addition to the cosy ambiance, you might also get a chance to meet the owner’s adorable Dalmatian! 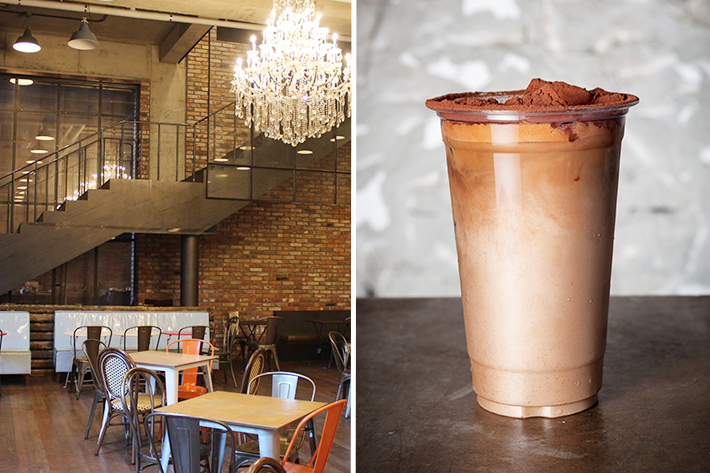 If you’re in the mood for some instagrammable moments and a cup of coffee, Cafe Valor’s got you covered.

Apart from being one of the more popular filming locations in Incheon, Cafe Valor is an interesting place to spend the afternoon with their signature peanut butter and choco drink.

In addition to operating a cafe, Cafe Valor also doubles up as a furniture store and carpenter’s workplace, which gives you the opportunity to roam around and browse the items available for sale.

Dramas filmed here: A Korean Odyssey (Hwayugi), Chicago Typewriter, He is Psychometric, Romance is a Bonus Book, Welcome to Waikiki 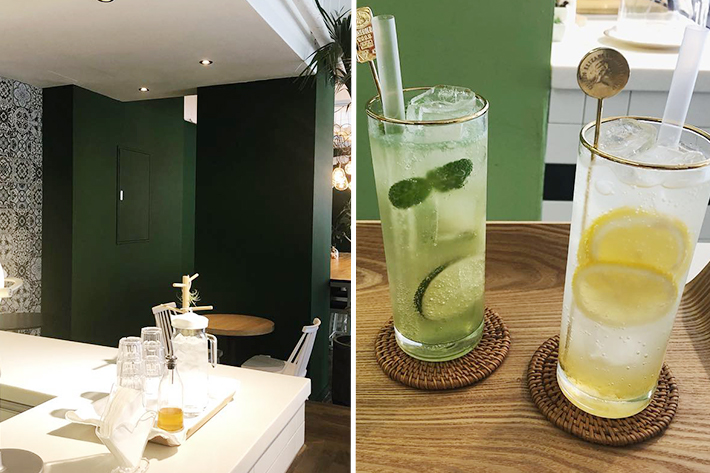 Upon entry to the cafe, you’ll notice that the interior offers a nice, clean concept with its mainly green and white colour scheme, which makes the cafe seem roomier even on busy days. Aside from taking a break with a cup of ice cold beverage, the cafe also offers light bites in the form of cookies and delectable cakes! 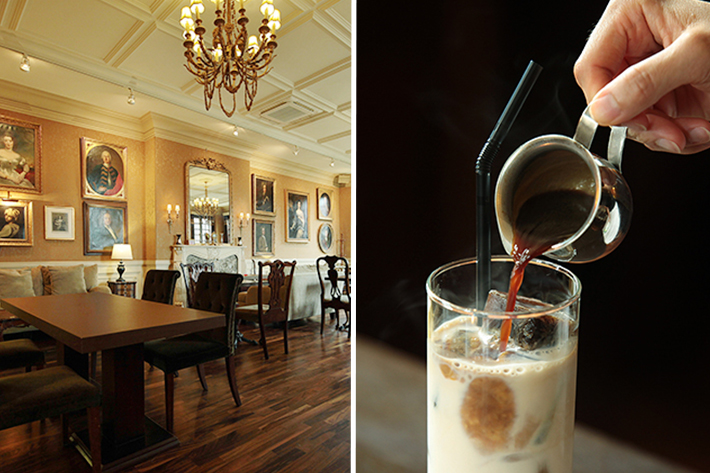 Often depicted as an overseas location or the interior of a rich family’s home, you might be surprised to find out that Chocolatier is actually found within South Korea itself, about an hour away from Seoul!

Housed in a building that resembles a mansion from the past, Chocolatier Zino is a European-themed cafe which serves a variety of beverages and special eats with a touch of class. Do note that the drinks are a little on the pricey side with a cup of coffee costing about 10,000KRW.

Dramas filmed here: Clean with Passion For Now, Goblin, Her Private Life, I Wanna Hear Your Song, Memories of Alhambra, The Beauty Inside 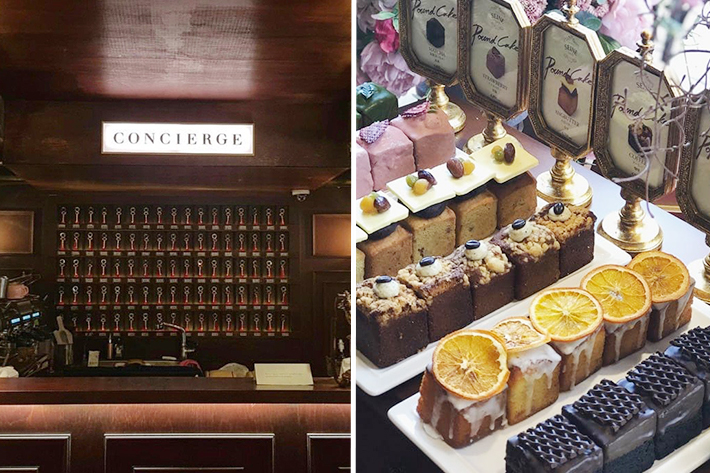 If you are still recovering from the effects Hotel Del Luna left on you, a visit to Hotel SEINE might help to cheer you up.

Featured in an episode of the show as one of the many forms that the mysterious afterlife hotel has taken, Hotel SEINE is an actual cafe which opened its doors just last November. Built just like a hotel with six floors in total, the cafe’s bright pink appearance is seemingly modeled after the Grand Budapest Hotel with instagrammable interior on every floor.

Besides coffee, pastries and cakes which are served here, the cafe has now included a special photo zone on their third floor just for fans of the show! 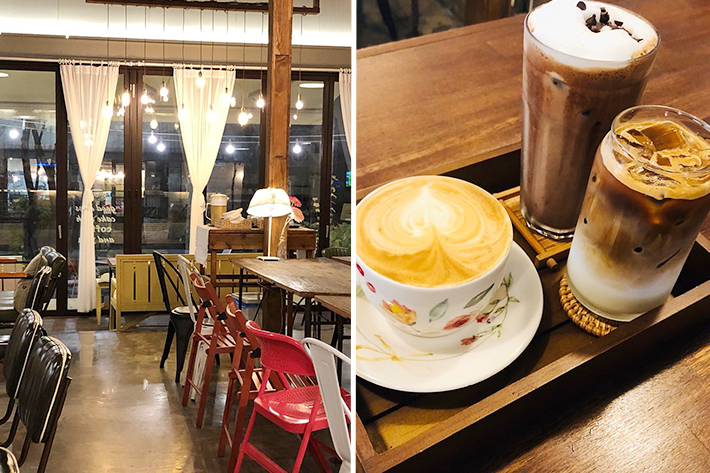 Helmed as a unique cafe in Hongdae that has been featured in dramas and variety shows such as Running Man, Milky Way Cafe has an ability to deliver the nostalgia of the 70’s and 80’s with their unique and antique decorations.

First made famous after being discovered as the inspiration behind popular Korean indie band 10cm’s single, ‘Love at the Milky Way Cafe’, the cafe is now a well-known spot amongst locals and tourists, serving a selection of light bites and beverages.

Dramas filmed here: He is Psychometric, My First First Love, The Third Charm 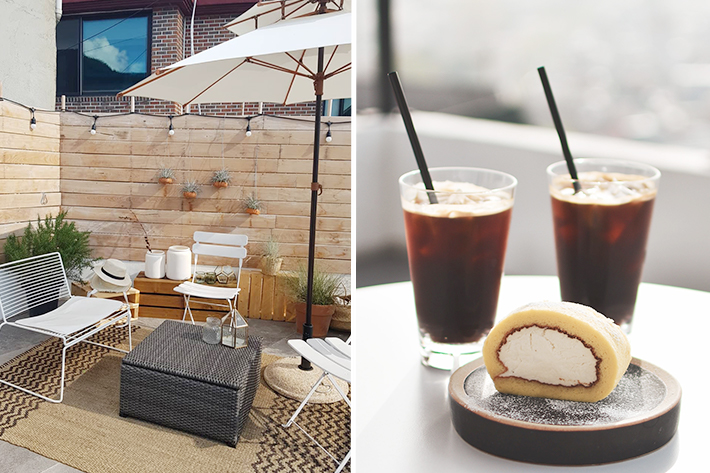 Enjoy a cup of coffee with a view just like Choi Joon Woo and Yoo Soo Bin did in Moments of Eighteen at Moonee Cafe.

This rooftop cafe not only serves good coffee and delicious bites but it also delivers on creating a magnificent ambience with a gorgeous view in an all-together reasonable price! 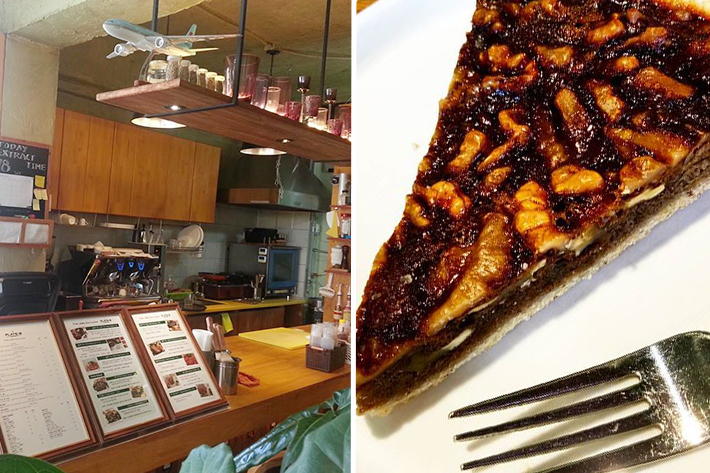 K-drama aficionados will probably have this one on their lists to visit since it’s first appearance as the family-owned Dobong Walnut Bakery in Strong Woman Do Bong Soon.

Located in a quiet neighbourhood of Yongsan-gu, the cafe mainly serves coffee, brunch and salad, though they have also included a special serving of walnut pie in their dessert menu in response to the overwhelming request from fans since the drama ended! 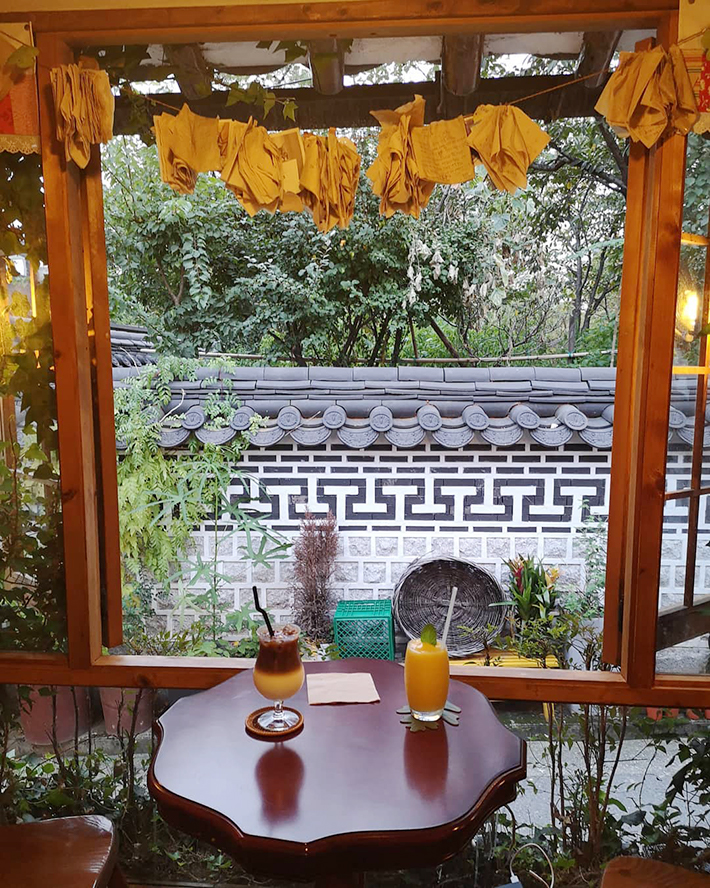 This small, cozy cafe is styled after a traditional hanok and may be familiar to some as the location where Eun Tak and Sunny met to talk about past life and reincarnation in Goblin.

Unlike the more modern cafes you find in Seoul, White Birch Story Tea House has a more traditional but extensive selection of beverages which includes Omija which is a five flavour tea that brings together five different tastes (salty, sweet, sour, pungent and bitter) in one drink!

A dessert menu featuring Patbingsoo and waffles, is also available for those who would like a sweet treat with their drinks.