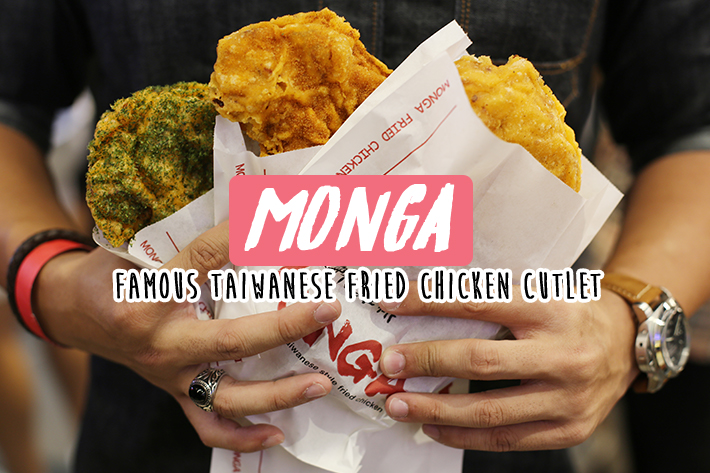 Since the announcement in late August, the much-anticipated Monga, founded by Taiwanese celebrity and comedian Nono, has finally opened its first-ever local outlet at Jem in Jurong East, serving up thick, fresh and juicy fried chicken cutlets!

If you are thinking that this is the first overseas outlet to join their more than 45 outlets in Taiwan, you’d be surprised to know that since its establishment in its home country, Monga has since expanded overseas to countries like Canada, USA, UK, Philippines and Malaysia!

Probably known as one of the more popular street snacks in Taiwan, Monga’s fried chicken further expands on the varieties offered by delivering on taste through offering gigantic slabs of fried chicken cutlets that are coated with interesting seasonings. The ones offered in Singapore are namely The King (salt and pepper), the mildly spicy Hot Chick (chili paprika) and The Taiker (Okinawa seaweed powder) – each sold at S$6.90. On our visit, we tried the Hot Chick and The Taiker. At first glance, the chicken cutlet may seem extra thick but that’s because Monga uses fillet cutlets that are at least a minimum of 2cm thick, in an effort to retain the meat’s juices even after it is deep-fried.

In place of the usual white sugar, honey is used to marinate and help tenderize the chicken. Each piece is then coated with an optimum amount of buttermilk batter before being double-fried for a tasty crunch with minimum grease. 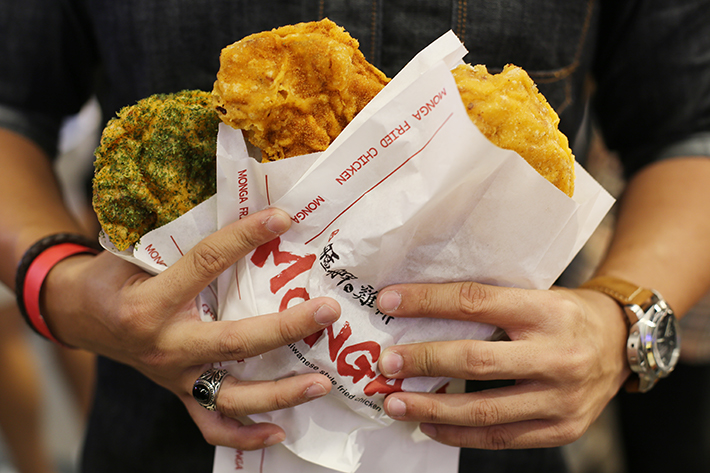 Both chicken cutlets were served to us fresh out of the fryer, and as soon as we bit into them, we could taste the juicy, succulent meat that was well-marinated and tender. It also helped that the cutlet wasn’t too greasy and didn’t leave any sort of oily after taste.

Between the two flavours that we had, we preferred the Hot Chick to The Taiker as the seasoning offered more kick and flavour, thanks to the chili paprika powder that was hand-made from Anaheim peppers. 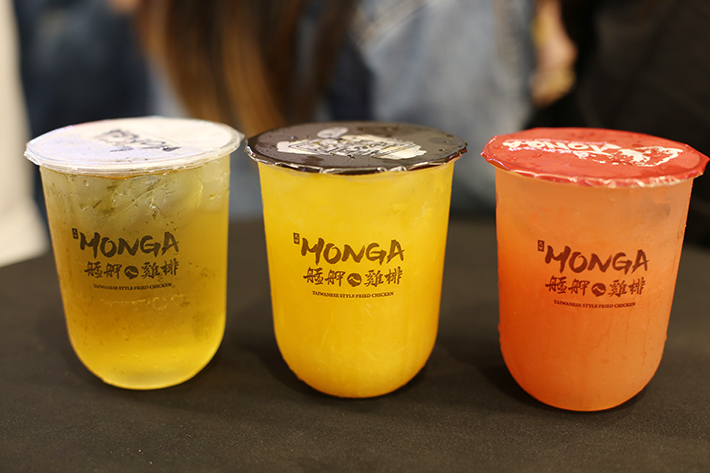 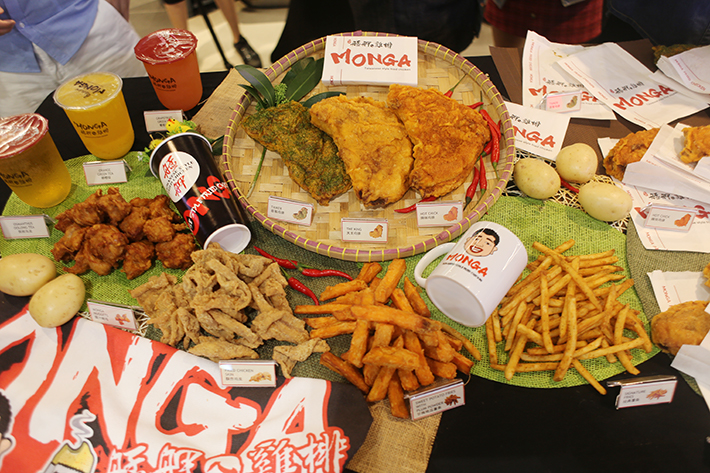 If you’re looking to turn your fried chicken snack into a full meal, you’re in luck. Besides serving the cutlets a-la-carte, Monga also provides options for you to complete your meal.

You can choose from a selection of drink and side combo upgrades which include Seaweed Fries (S$3.50), Sweet Potato Fries with Plum Powder (S$3.50) and Fried Chicken Skin (S$3.90). 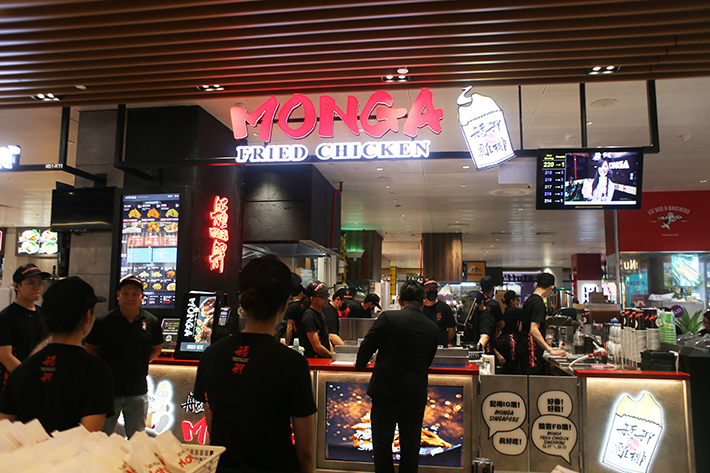