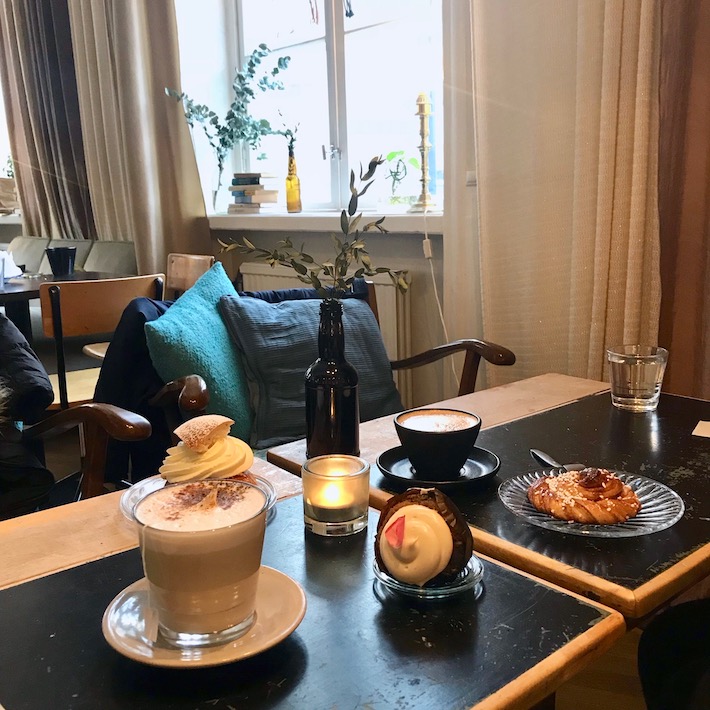 IKEA and meatballs. That’s probably the first thing that comes to mind when you think of Sweden. We don’t blame you, both are great. But, Sweden is much more than that. Enter fika, Swedes’ favourite pastime.

What is fika, you may ask? Essentially, it translates to “coffee”. However, it goes beyond just that – it’s a lifestyle, a culture, a ritual. It can very well be considered a social institution or even a phenomenon.

The concept of fika is simply to appreciate the slow life – something we desperately need in this fast-paced society. Acting as both a noun and a verb, to fika or to have a fika is to take a break with a coffee, or tea, and a sweet treat.

It might sound just like any other tea time, but having lived in Sweden for a while, we can safely conclude that it is not. It’s fika time any time.

In Sweden, it’s seamlessly integrated into daily life in various ways. For instance, at work, there is designated fika time in the morning and afternoon. You can fika solo or with your friends, at home or at a cafe, with coffee or tea. It’s all up to you to decide.

Convinced that you should partake in fika? Here we introduce some desserts that you can pair with your coffee (or tea) for your fika.

Layers of sponge cake, vanilla custard, cream and berry jam encased in a bright green marzipan shell – it’s hard to miss. Prinsesstårta or Princess Cake is a classic Swedish cake named as such because it is said to be particularly liked by princesses. And we totally get why — fluffy cake and cream, and the bite from the marzipan — it’s a mouthful of royal goodness.

Loved so much by the Swedes, a whole week in September is dedicated to this cake. For every cake sold, 10 SEK is donated to a charity run by Crown Princess Victoria. You can get a slice of this delectable cake at almost any cafe for your fika.

Semla (plural: semlor) is a sweet cardamom-flavoured bun filled with sweet cream and almond paste. It’s so popular it has its own day in Sweden: Fat Tuesday. That’s right, Fat Tuesday. With traditions rooted in fettisdag (Shrove Tuesday, or in this case Fat Tuesday), it’s usually eaten before the Lenten fast.

On this day, the semla is traditionally baked and eaten. But Swedes adore the semla so much that they start eating it on Tuesdays starting from Christmas till Easter. Soft and creamy, we’d eat it every day if we could. 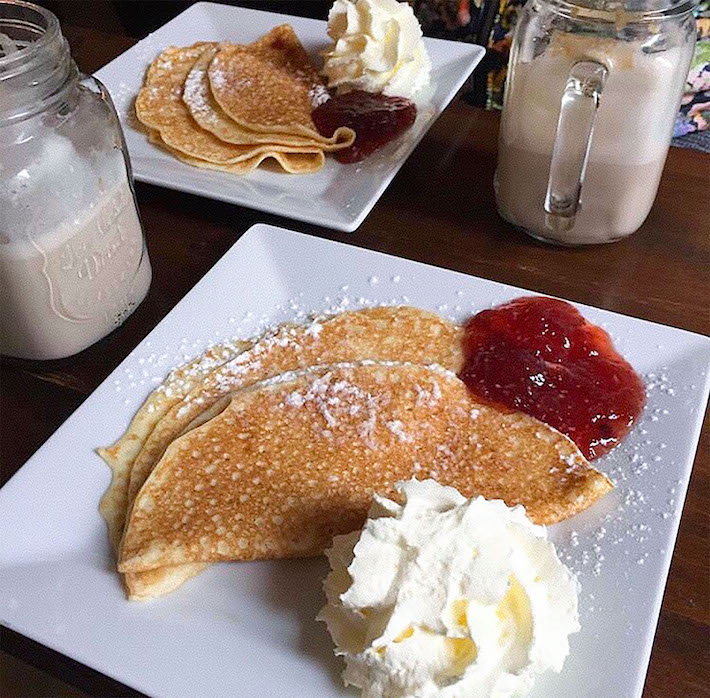 Something more familiar, pannkakor are Swedish pancakes usually served with whipped cream and jam. Despite being called pancakes, they are thin and resemble crepes. Pannkakor are lighter, fluffier, and airier as compared to the usual pancakes. They are also traditionally eaten after pea soup on Thursdays. So tender and moist, it goes extremely well with a cup of coffee for fika.

The next time you find yourselves in Sweden, do enjoy some fika goodness!