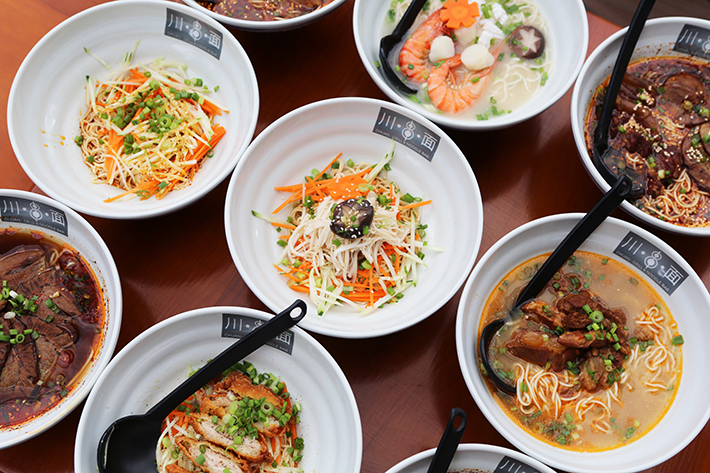 An innocuous outdoor eatery perched in the middle of Clarke Quay’s favourite eateries and bars, Chuan Grill & Noodle Bar is one of the best places to fill your stomachs with—be it post-clubbing or for lunch.

Specialising in delectable Sichuan cuisine, they cater to caters to meat-lovers with their Northern-style grilled meat and vegetable skewers, but we felt the real star of the shop was definitely their la mian.

There are over 10 different varieties of noodles to choose from, all of which were specially put together by the owner. While like any other eatery, you can pick whatever you want from the menu, your orders are customisable to your own liking—spice level, soup base, you name it, they’ll do it. 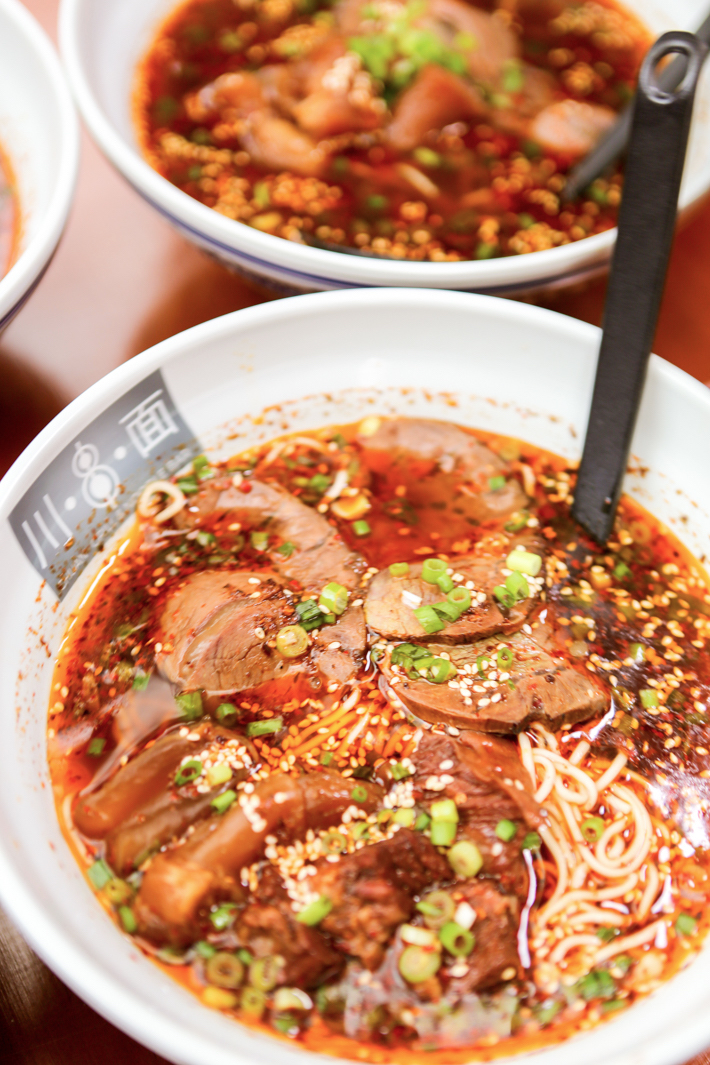 The signature dish is, aptly named, their Signature Beef Combination Noodle (S$16.50) that comes with ribeye, tendon and shank, served with a Mala soup base. The soup had a strong, robust, full body flavour from the broth alone, with an added kick from the spice without the painful choking sensation normally associated with Sichuan spice. While normally soups tend to play second fiddle to most other components, here it’s plain as day that the soups themselves are what brings each bowl to life.

They’re also generous with their portion sizes. There’s no hiding the small mound of meat in the bowl. The ribeye was so tender that it was just falling apart, while the tendons were the perfect complement to the soup. 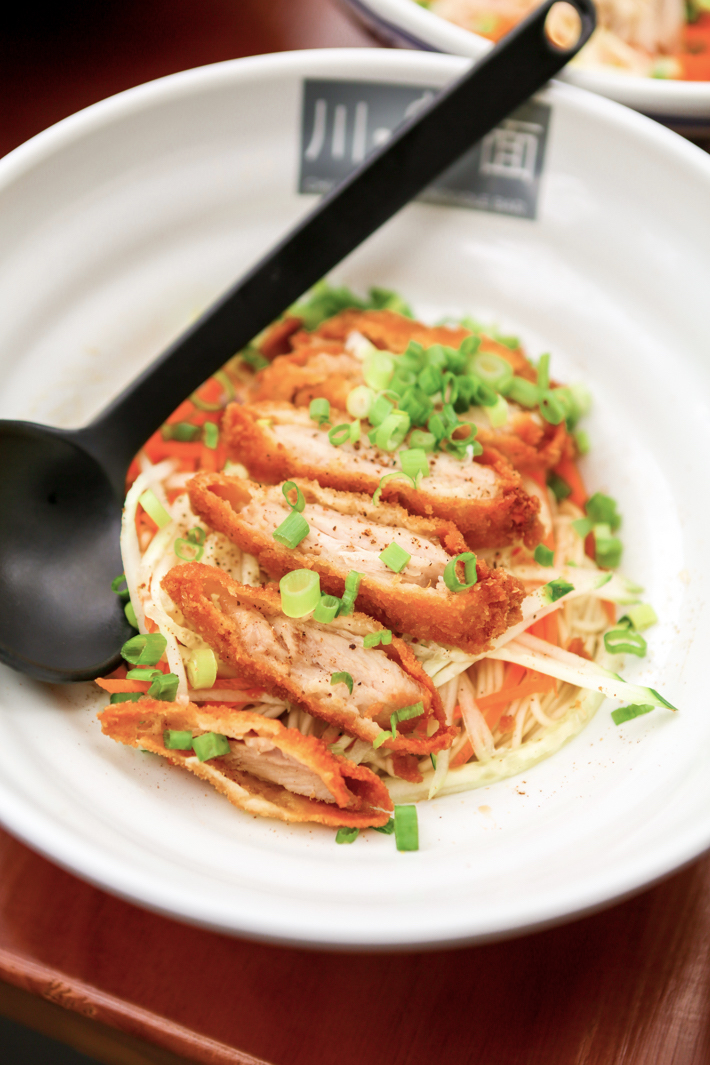 It’s not hard to understand why the Sichuan Crispy Chicken Noodle (S$12.50) is one of the most popular dishes amongst regulars at Chuan Grill & Noodle Bar.

Crispy, juicy and satisfying, it’s a bowl of comfort food that’s been elevated by the chef’s personal touch. It’s also a much lighter bowl that makes it easier to eat, though while it’s not as heavy, it’s just as hearty as the rest. 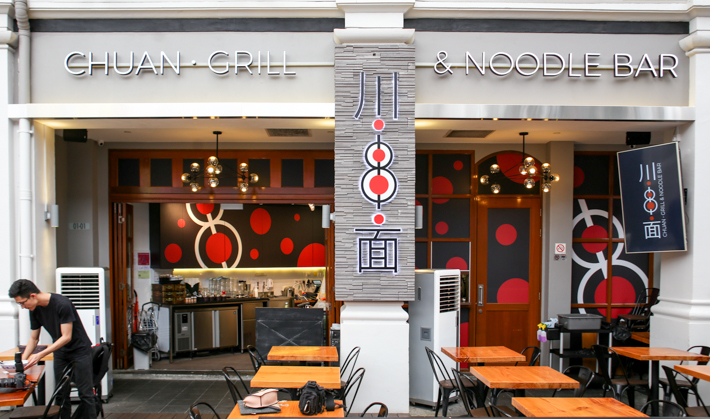 Here, you can’t help but want to slurp your noodles, but rest assured no one would fault you for that. Open till 4am, they’re the perfect place to hit up to fill your bellies at after a night of clubbing instead of stuffing yourself silly with the usual junk food.