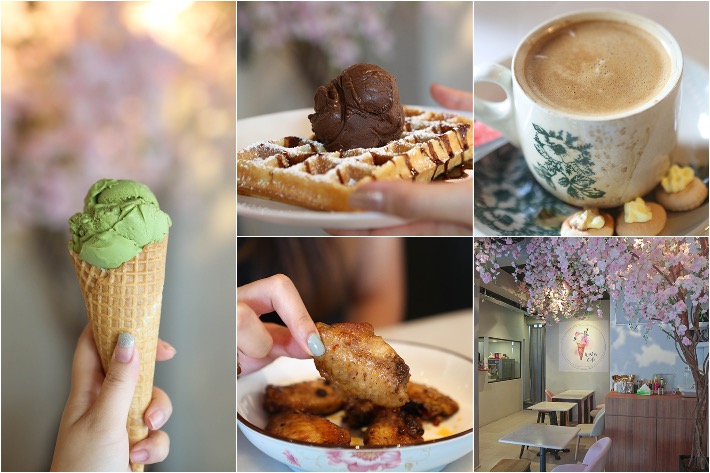 A hidden gem situated in the residential area of MacPherson is Wishes Cafe, selling creamy gelatos and fluffy waffles. The charming little cafe looked unsuspecting from the outside, standing next to a convenience store and a kopitiam while the elderly milled about with their groceries and caught up over their morning kopi.

We were welcomed by the comfy-looking chairs and beautiful sakura decorations that hung from the ceiling. A very Instagram-worthy cafe indeed, the food and beverages here did not disappoint either, whether in taste or presentation. We decided to order a single scoop of Matcha Gelato on their Waffle Cone (S$4.50), a premium flavour on their menu. The matcha flavour of the gelato was perfect, not too overpowering but it still left a pleasant earthy aftertaste. The gelato was delectably creamy and smooth, complementing the roasted flavour of the green tea. We dare say that the matcha gelato here could compete with the other big names in Singapore. 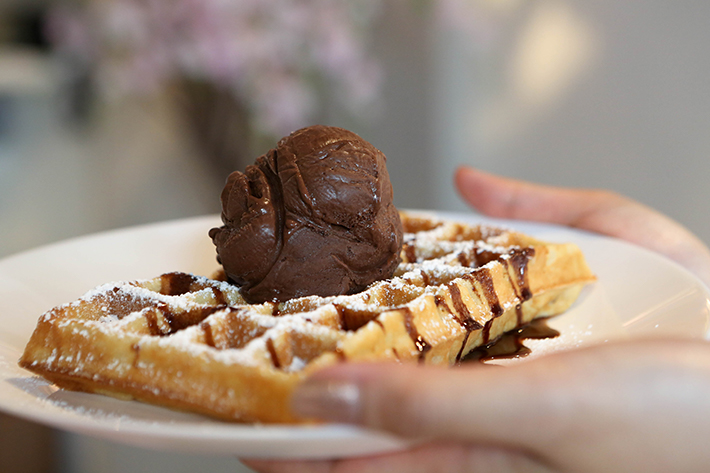 Buttermilk waffles seem to be all the craze, so we ordered Wishes Cafe’s Crispy Buttermilk Waffles with a scoop of their Brownie Gelato (S$8). You can never go wrong with a waffle and gelato pairing, and Wishes Cafe executed theirs perfectly.

Although the buttermilk waffles were not as crispy as we would have liked, the waffles were still deliciously dense yet pillowy. The warmth of the waffles contrasted nicely with the brownie gelato, which definitely tasted like a fudgy, chocolatey brownie. Wishes Cafe also serves several mains and sides, including Baked Mid Wings (S$5.80 for 6 pieces) in Mala or Sticky Orange flavour. Of course, we had to order the Mala flavour. The mid wings were not too oily or spicy, it had a bit of heat and we could taste the flavour of the Sichuan spices. 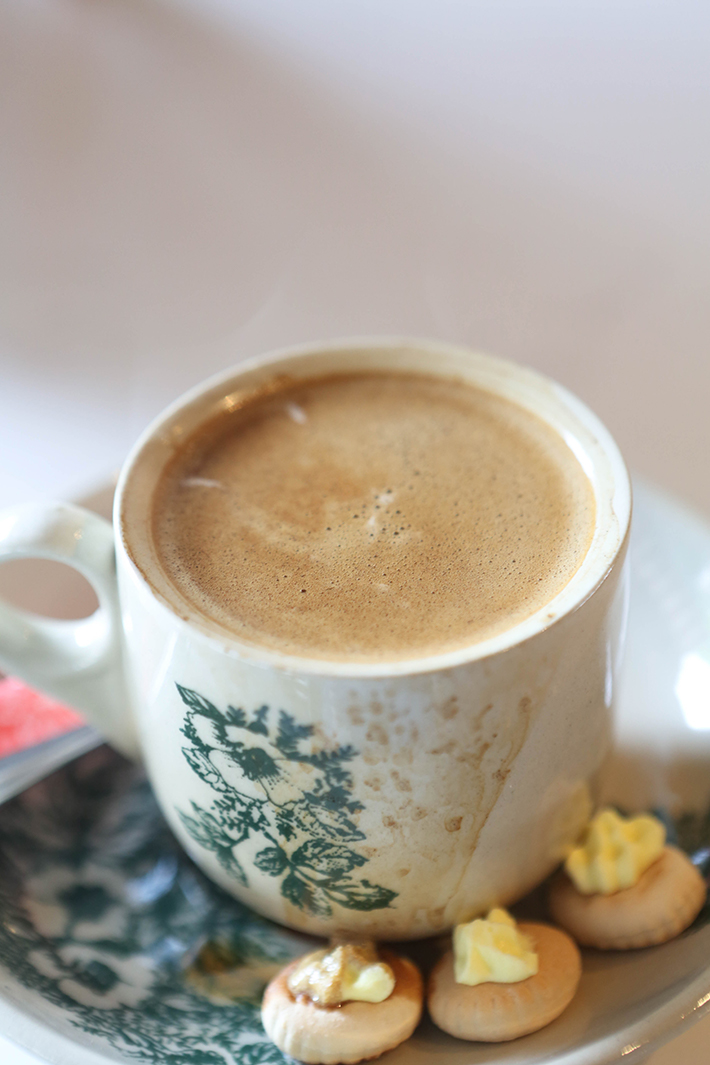 We paired our order with a Kopi (S$1.80), which came to us served in a traditional saucer and cup, just like in a kopitiam, along with several pieces of everyone’s favourite local snack, the ice gem biscuits. 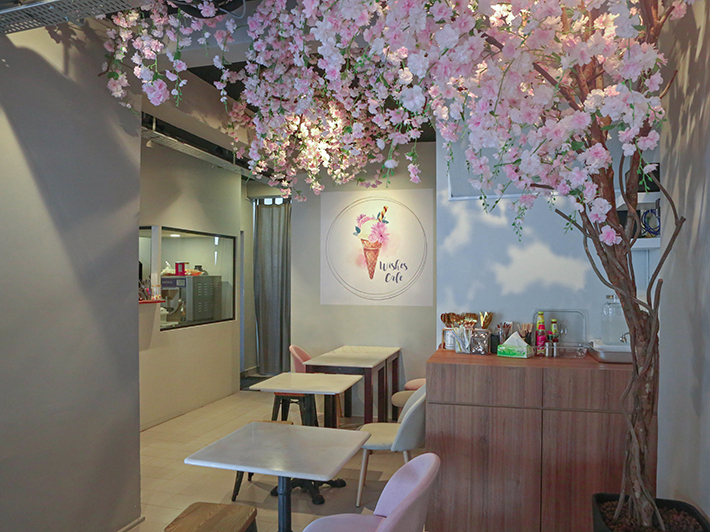 Nestled amongst the HDBs in MacPherson, Wishes Cafe offers creamy gelatos and highly Instagrammable sweet treats we know we definitely will come back for!