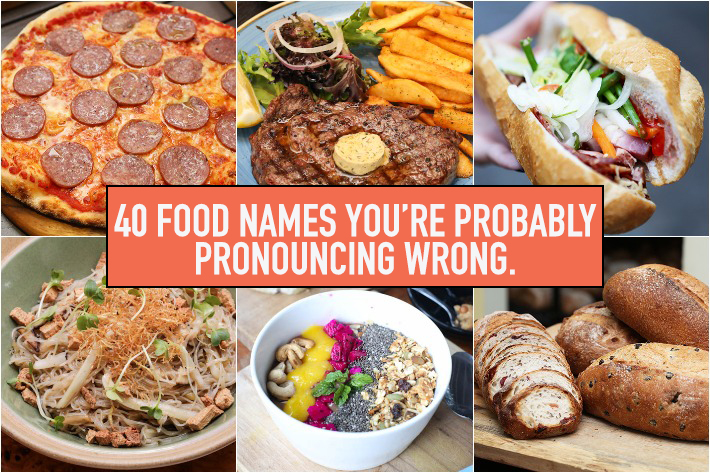 There’s nothing worse than dressing up, looking sharp and heading to a fancy restaurant only to reduce yourself to ruins when you mispronounce—whether intentionally or unintentionally—the names of dishes.

You may be perplexed by some of the seemingly easy words on this list, but truth be told, we’ve heard enough locals massacre the heck out of them.

Guilty as charged? Check out our handy list of 40 food names Singaporeans commonly mispronounce so that you’ll never be judged again. 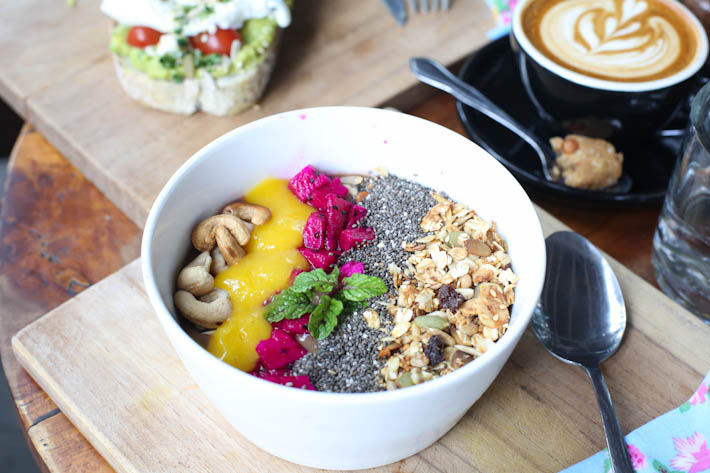 Acai berries, considered a superfood with its anti-ageing and weight loss properties, is a key ingredient in most, if not all, picture-perfect smoothie bowls and the hipsters go absolutely insane for it—if only their pronunciation was better than their advocacy towards healthy eating. This tiny, dark purple berry is pronounced, “ah-sah-EE” or “ah-sai-EE” – both are acceptable.

NOT: Ah chai or ah cai 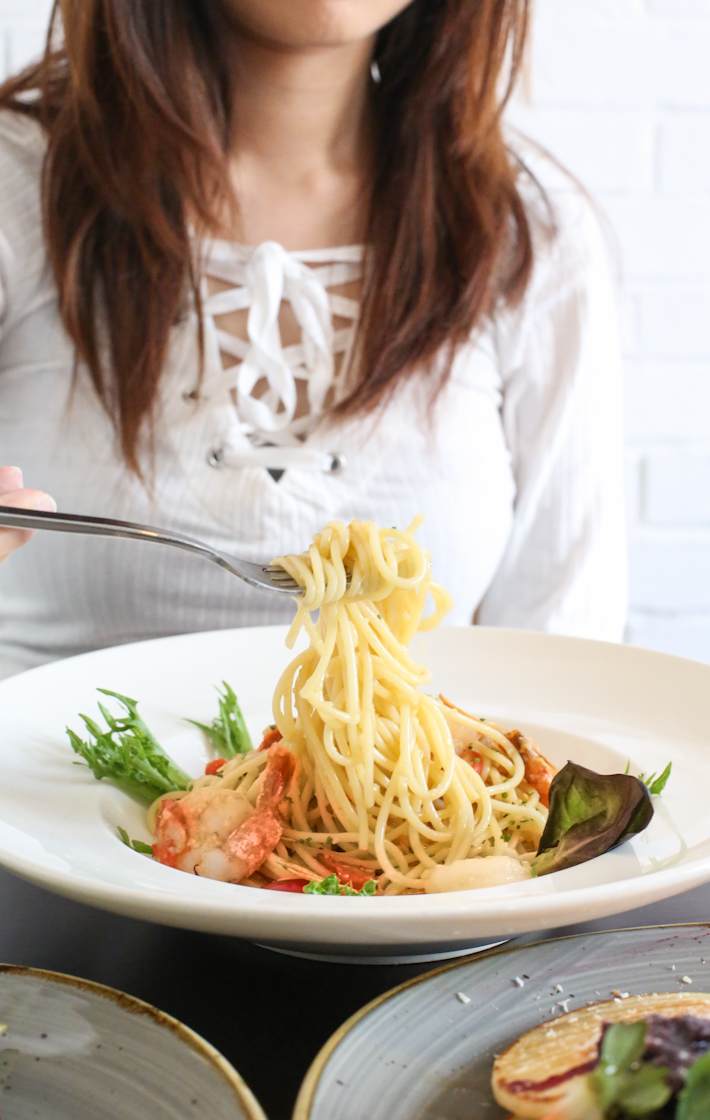 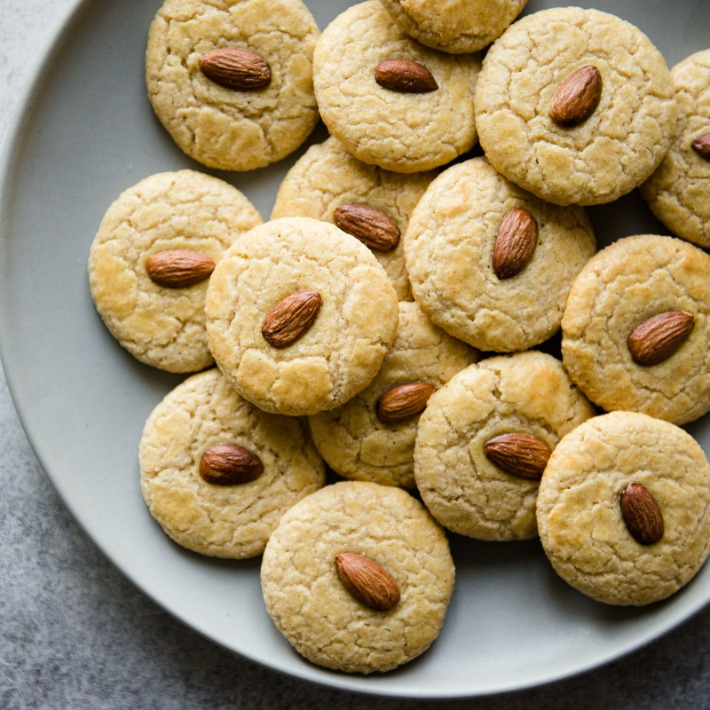 “A-ha!” you say, “The L is silent here too right?” Since we speak British English, yes. So the nut is pronounced “AH-muhnd”. Americans say “ALL-muhnd”, but still without emphasising the L. An amuse bouche, unlike a starter, is often served as a complimentary snack before a meal. It does nothing for the palate—again, not a starter—but instead, is given to diners to offer them a glimpse of the chef’s style. In French, it literally translates to “an amusement for the mouth” and is pronounced “amuse bush”. 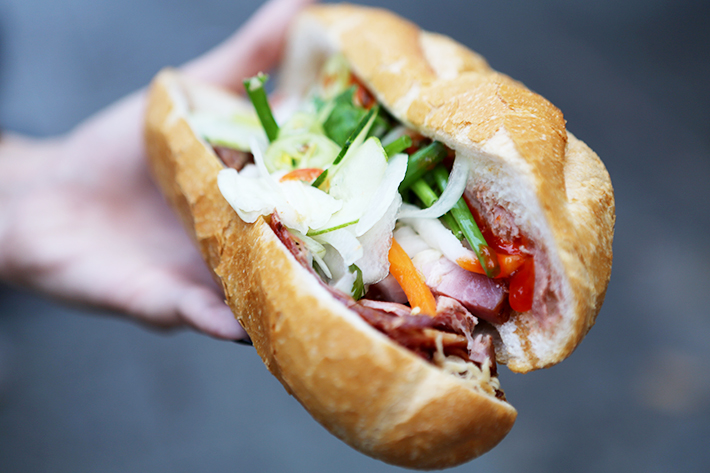 There’s nothing better than slapping on some good butter and jam on slices of freshly-baked “bah-get”. 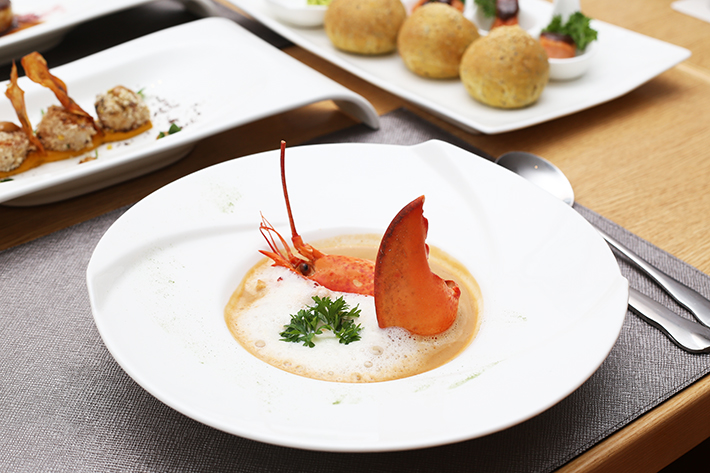 The classic “bisk” is a smooth, creamy, highly seasoned soup of French origin that’s flavoured with a variety of crustaceans and thickened using rice instead of flour or a roux (butter and flour). 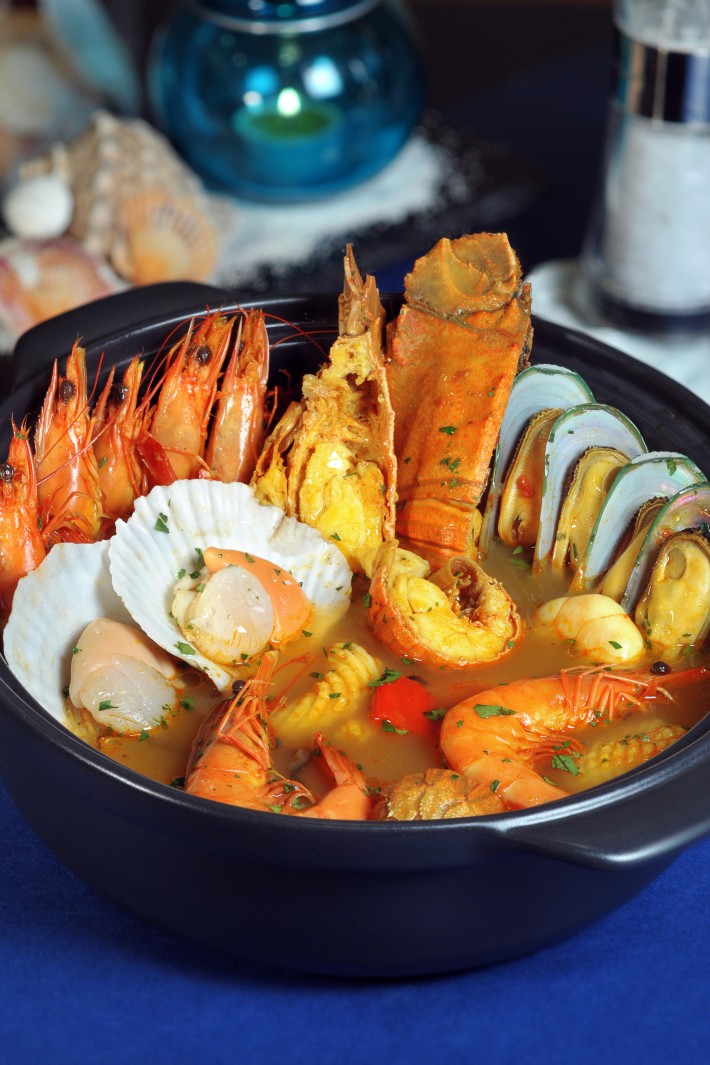 A word that is as tricky to spell as it is to say. But the hearty traditional French fish stew is pronounced “bui-yah-bays”.

Hey, would you kindly pass the “bred”, please?

NOT: bret or brade 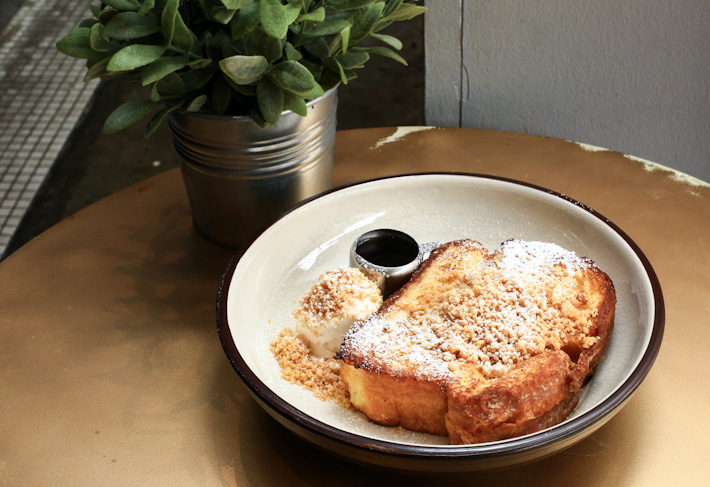 A sweet, buttery bread that’s enriched with lots of egg and butter, the “bree-osh” is the top bread of choice for French Toast or even burgers. 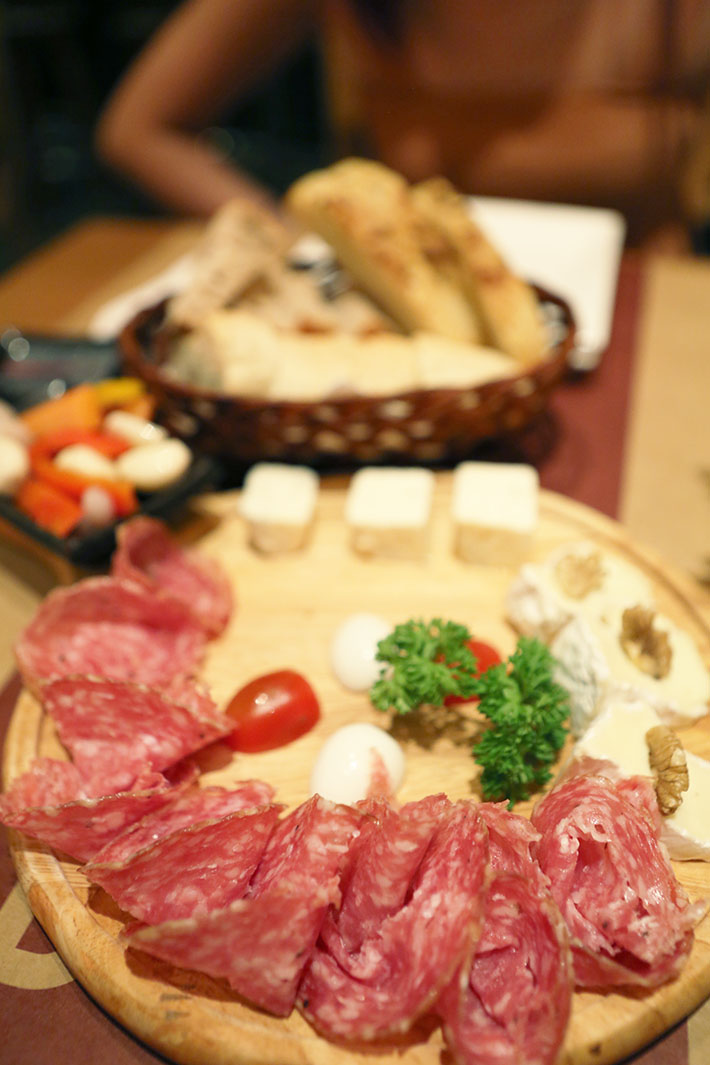 It can refer to the art of preserving meats (primarily pork) – think ham, sausages, pates and more – or the delicatessens and stores which sell such products. At a restaurant, you can order up a “shahr-KOO-tuh-ree” platter and enjoy it with a glass of vino.

Spicy, smoky and, hands down, the best sauce to go on top of a taco, confidently request for the “chi-POAT-lay” sauce the next time you’re out having Mexican.

“Kon-yak” is a variety of brandy that originates from the town of Cognac in France. Tastes excellent in Christmas egg nog or neat. 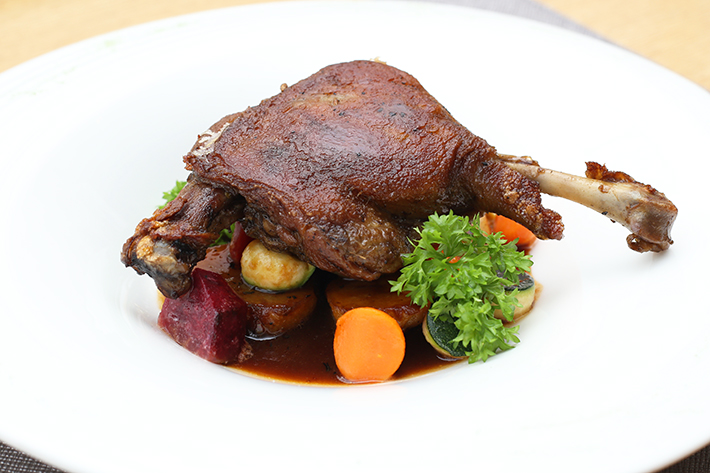 A French method of cooking that involves cooking something for a long period of time in its own fat. Fancy a posh French classic? The humble duck “cohn-fee” (if cooked properly) rarely ever disappoints. 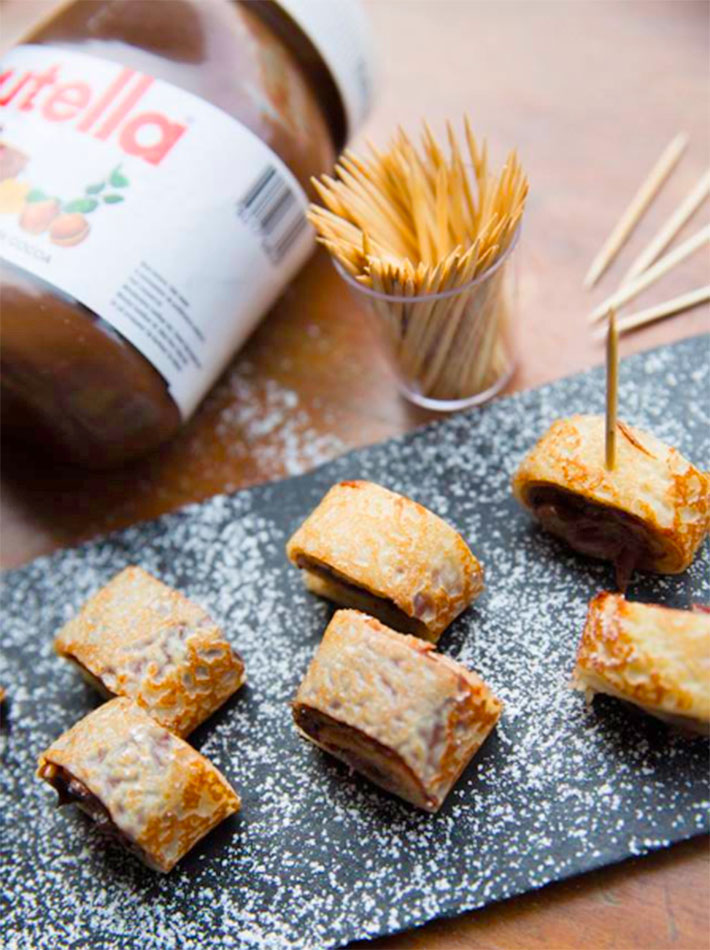 The classic French crepe, pronounced “creyp”, is a soft, buttery and irresistibly satisfying thin pancake that’s infinitely versatile. Stuff it with some Nutella, freshly cut fruits and have it as a dessert, or meat and vegetables for a full on meal.

There’s nothing quite as surreal as sitting at a French deli, watching life go by over a freshly brewed cuppa in one hand and a buttery, flaky “kwa-sohn” in another. 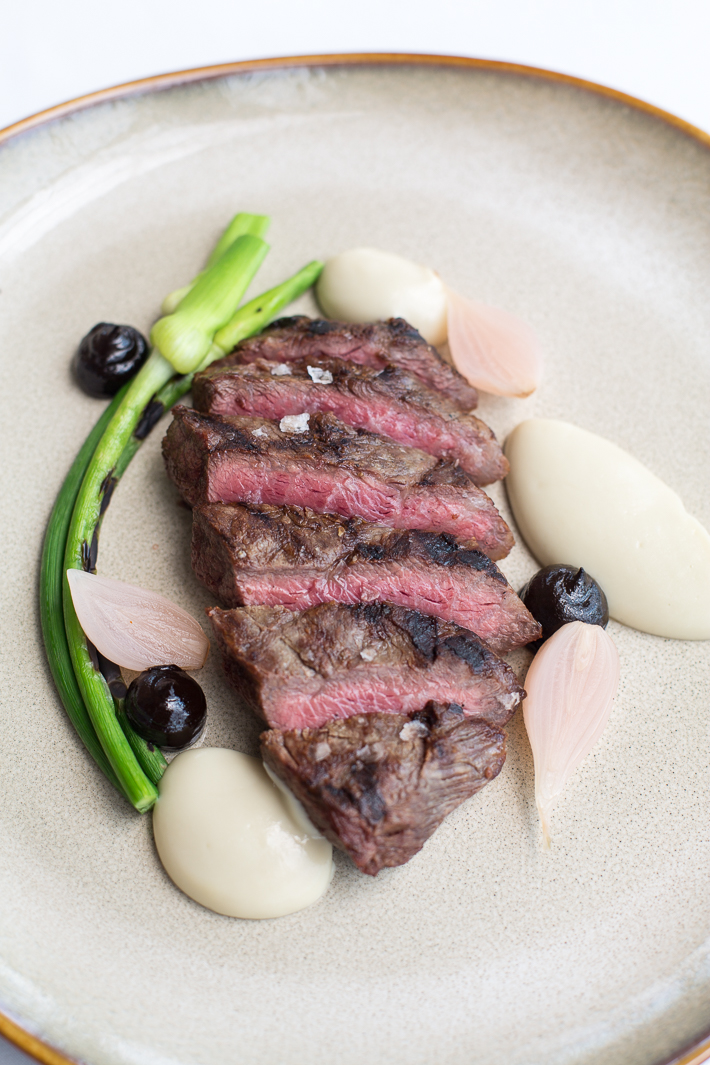 Don’t be intimidated whenever you see the word “on-tray” on a menu. It’s just a fancy term to refer to the main dish of a meal. 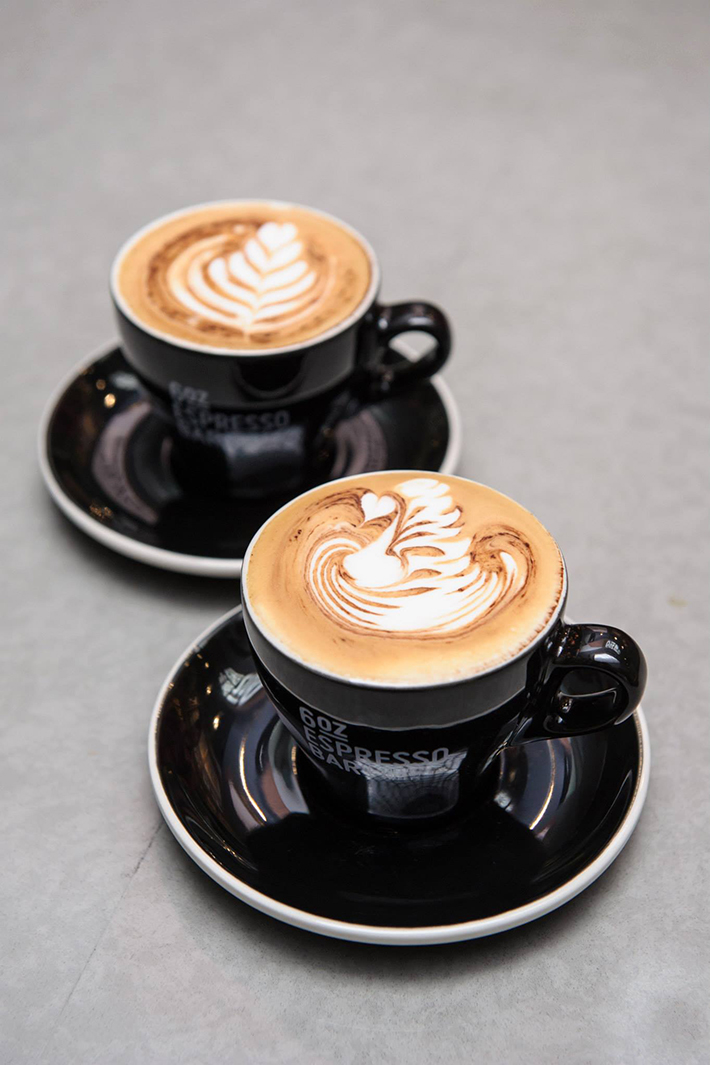 A shot of this—sometimes ten—is what some people need to kickstart their day. Say it as you see it: “Es-PRESS-oh”.

NOT: Ex-press-soh—where did the X even come from? 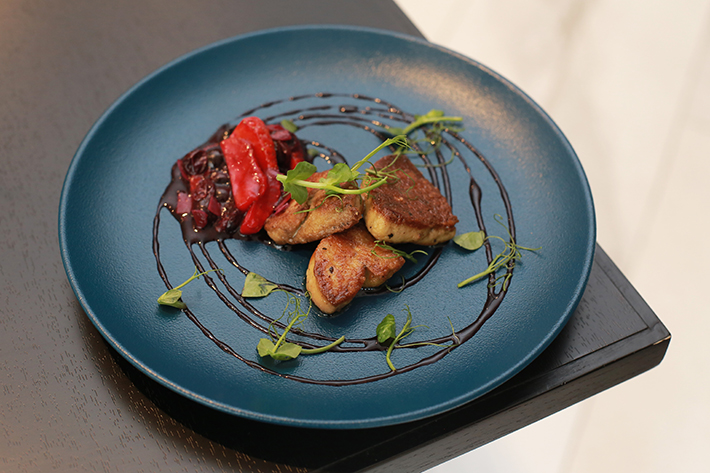 The luxury food product that’s made of the liver of a duck or goose, the “fuo-gra” has long been a topic of debate in the culinary world—more so by animal rights activists. Nothing spells sexy the like a luxurious, velvety chocolate “ge-nesh” drizzled over something.

NOT: gana-chee or gana chey

As in, graham—pronounced “gray-em” crackers, the same buttery, delicious biscuits that form the base of many tarts. 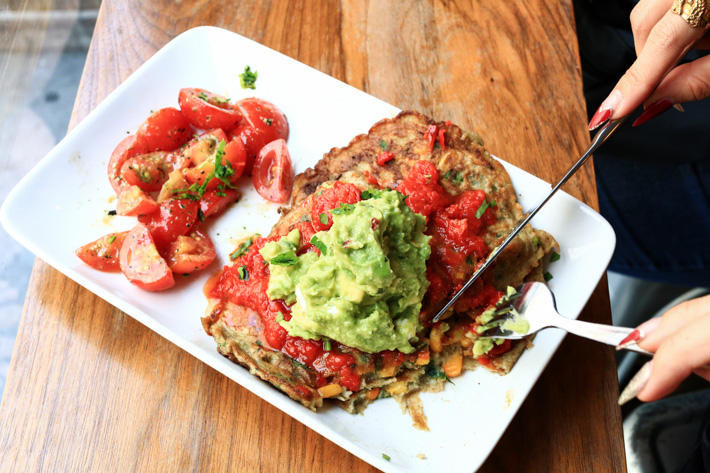 Emphasis on the mole, as in “guaca-moleh”, this avocado-based dip is must in a burrito.

A pepper originating from Mexico that is often eaten while still green, instead of when it is a fully-ripe red. As the word is of Spanish origin, the J is silent. If you’re not one for spicy food, then stay away from the “HA-luh-payn-yo”. 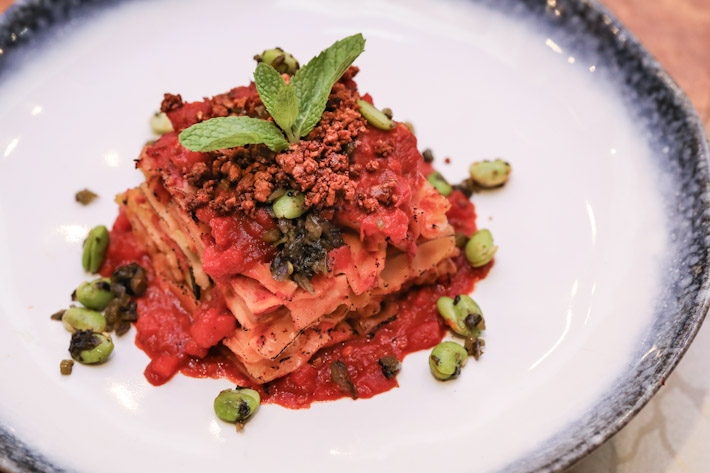 The next time you want a dish of layered pasta smothered in sauce, tell the waiter you’ll have the “lah-ZAH-nyah”.

Not: Lah-sahg-nyuh. Like with cognac, the G is silent.

There are so many kinds – from butterhead to romaine to oak leaf and even watercress (yes, it is a type of aquatically-grown lettuce). Say “LET-tis”.

Not: Let-yoos. The next time you want to pronounce it wrongly, we won’t let-yoos. 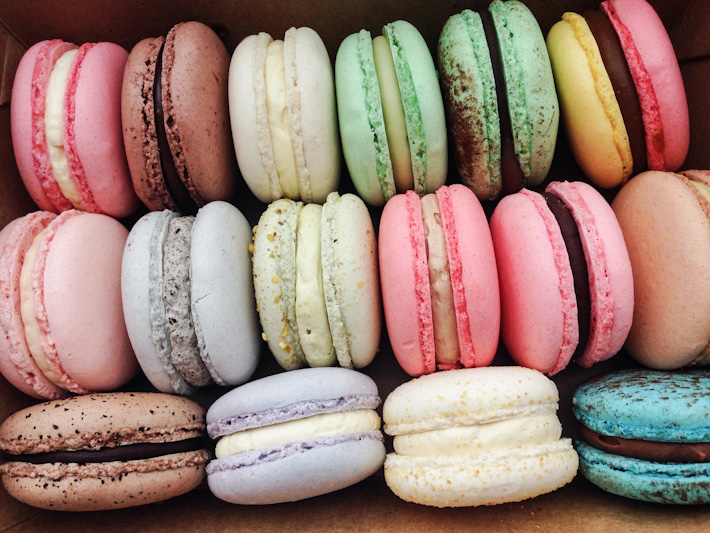 These colourful little pastries got Singaporeans in a tizzy not too long ago. Again, you say it as you see it: “Mah-ca-RON”. Please stop confusing it with another treat of a similar name, the macaroon – a chewy cookie made with shredded coconuts. 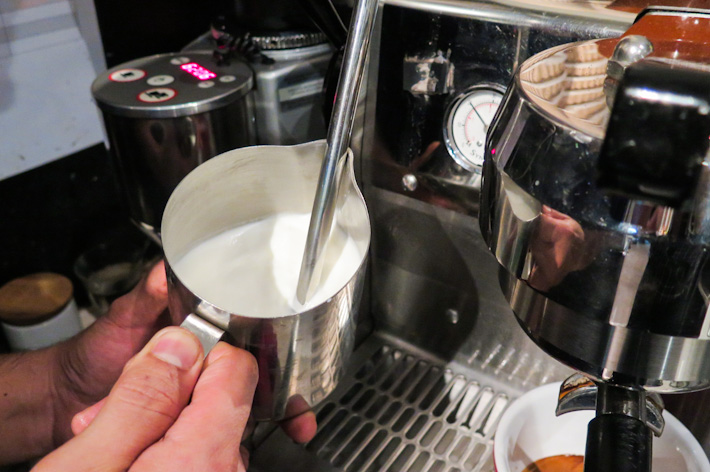 Some people like their coffee with a splash of “milk”, others do not.

A thick, hearty Italian soup made vegetables and beans, the “mi-nehs-stron-ey” sometimes comes with pasta or rice for added body. 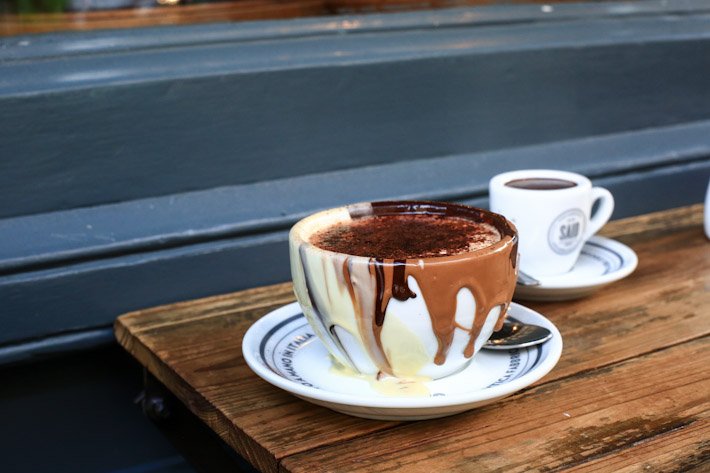 Unlike matcha, you do not emphasise the “ch” in “moh-ka”.

A soft, airy treat that made by whipping lots of air into it, a “moose” may vary between sweet and savoury. 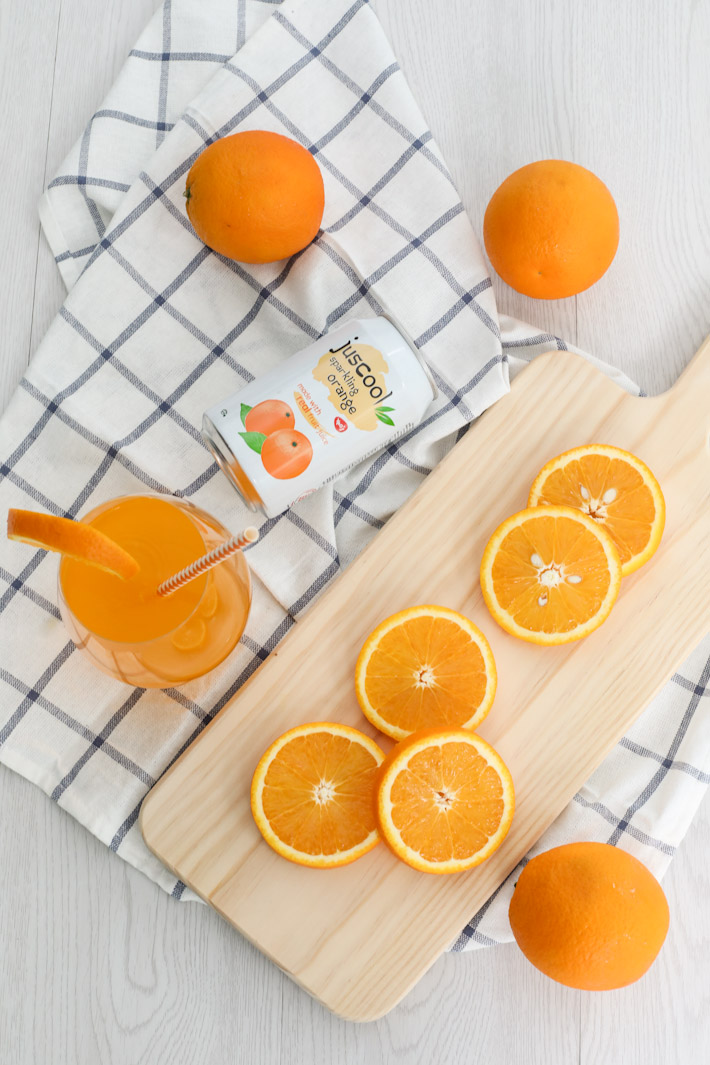 Nothing like a sour kick from glass of freshly squeezed “or-uhnge jewce” in the morning.

NOT: orin jus or oleng ju It’s tempting to say it as it is spelled, but this traditional Vietnamese rice noodle dish is called “fuh”. 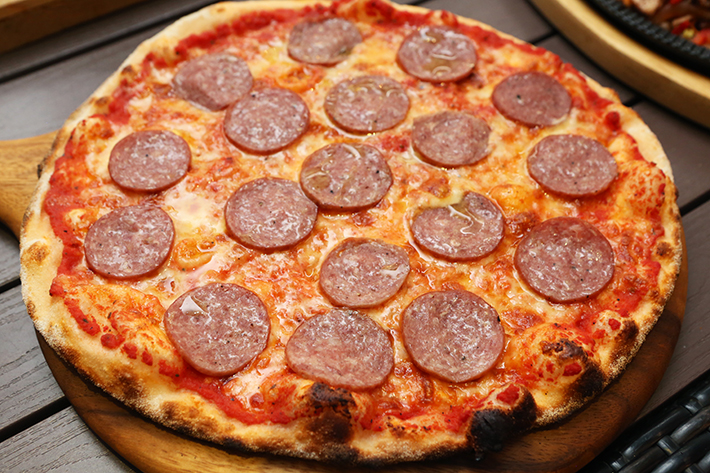 Undeniably one of our top stay-at-home comfort foods, nothing beats a lazy Sunday afternoon on the sofa watching Netflix with a box of “pit-sa” loaded with cheese and pepperoni. 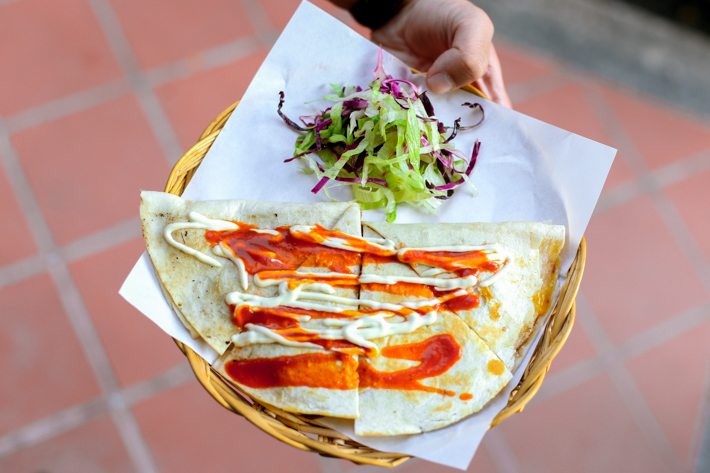 No prizes for every time a Mexican feels a little embarrassed whenever he or she hears someone ordering this tortilla (tor-tee-yah) dish. Before they decide to build themselves a wall on their accord to shield them from further embarrassment, pronounce it the right way, “kay-suh-DEE-ah”. 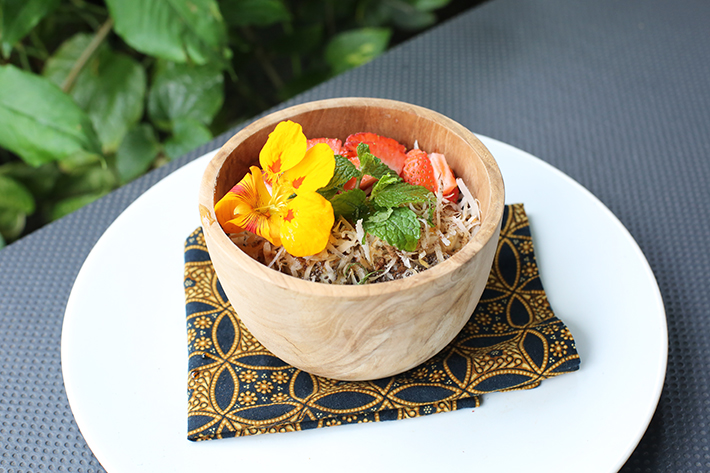 This healthy protein-filled grain pretty much always ends up on such lists simply because it’s a real mind-boggler. The right way to say it is “KEEN-wah”. 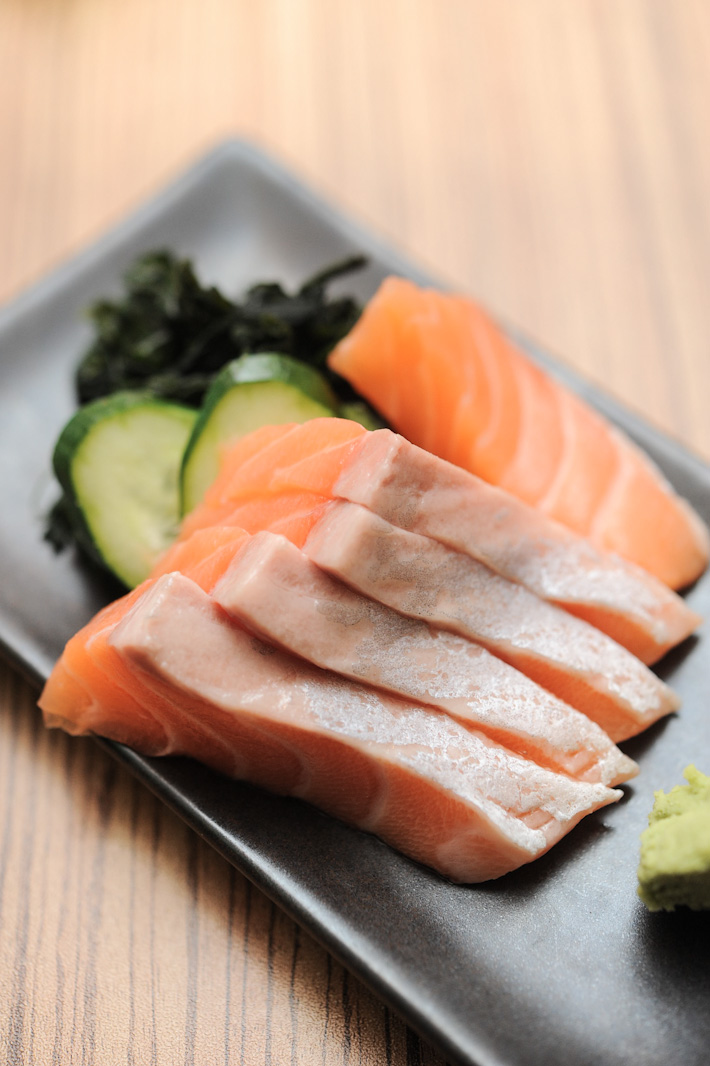 Anyone who is a fan of sashimi should know this omega-3-laden fish, but have you been saying it right? The L is silent, so you would say “SEH-muhn”. The first half of the word rhymes with “air”. 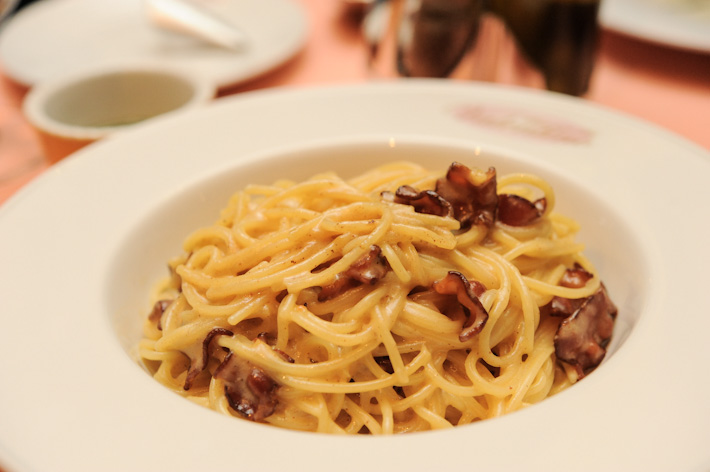 The intonation is often stressed at the wrong place with this word. The popular Italian noodle is called “spag-geddi”. 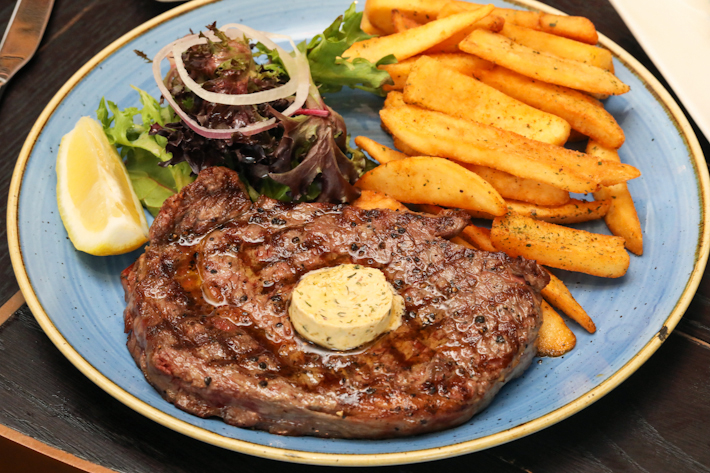 If you’re guilty of getting this wrong, then you sir, do not deserve the gloriousness that is a perfectly seared, medium-rare ribeye “stake”.

NOT: Stick or steek

To ensure a perfect pasta sauce every time, use fresh “toh-may-toes” instead of the canned ones. Period.

A popular spice that adds deep yellow colour and a peppery, spicy tone to our favourite Indian dishes. People often forget that there is an R after the U in “TER-muh-rik”. 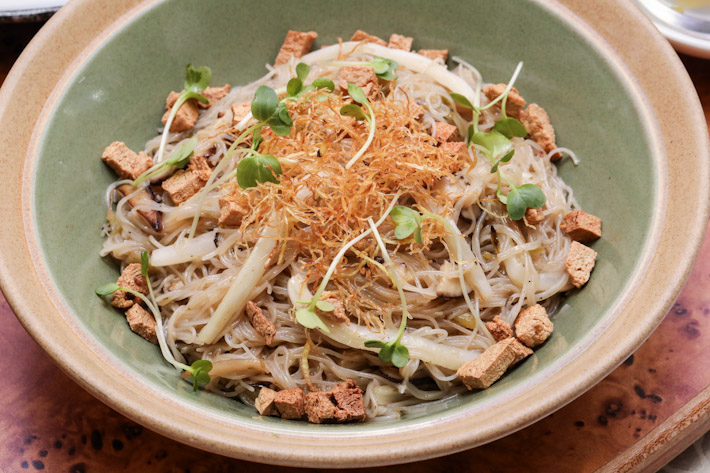 Hi,
Well done on this list. There are a couple of Americanisations in there however, that I would like to address. The first is the definition of “entrée”. In America this can mean the main course of a meal, but in the civilised world (that is everywhere else), it refers to the first course – literally the entry in French.
The second is the pronunciation of Tomato – again an American pronunciation. In the real English speaking world , it is Toh-mah-toes.

I have to disagree with “bread” and “tomato”. The way you pronounce bread should be consistent with the way you pronounce dead, head, red, said etc. depending on the region you live. Also the correct British English (we’re a Commonwealth country) pronunciation of tomato IS toh-mah-toes.

More food terms that Singaporeans commonly f*** up are “abalone”, “geoduck” and “pomelo” I’m surprised you missed those out considering those are much much more commonly eaten here.

Your pronunciation of tomato is wrong.

It’s crêpe, not crépe and entrée, not entreé. You didn’t have to include the accents but if you do…