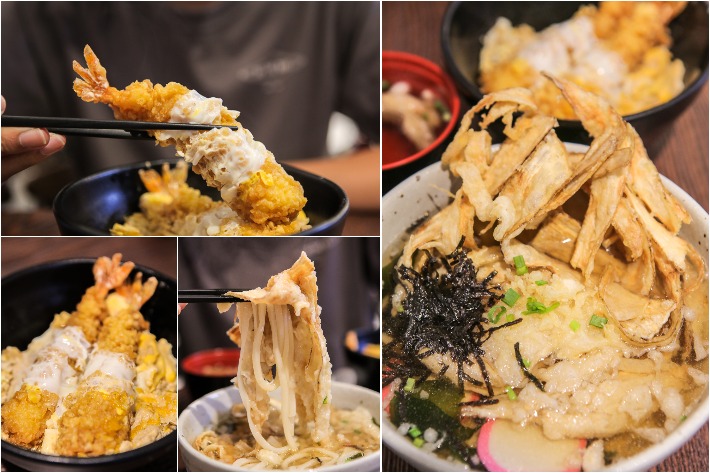 He has been constantly expanding his empire of Japanese restaurants be it in Singapore or overseas and this time, his venture aims to cater to those working in the CBD looking for affordable halal food.

Specialising in authentic Hakata-style udon and donburi bowls—the first of its kind in Singapore, guests can expect Fu-Men Japanese Udon & Donburi Restaurant to deliver in terms of quality and authenticity. Possibly the most popular item on the menu, their Gobo Udon (S$12+) is a rather unique item you’d rarely find in typical Japanese restaurants and eateries. For the uninitiated, gobo is essentially the root of a burdock plant that has a crunchy texture and natural sweetness.

Topped with a generous helping of Japanese burdock tempura, the Gobo Udon is one that is set to impress. Deep-fried in a light and thin tempura batter, we appreciate how the gobo provides an extra crunchy texture to the dish despite being soaked in the broth. 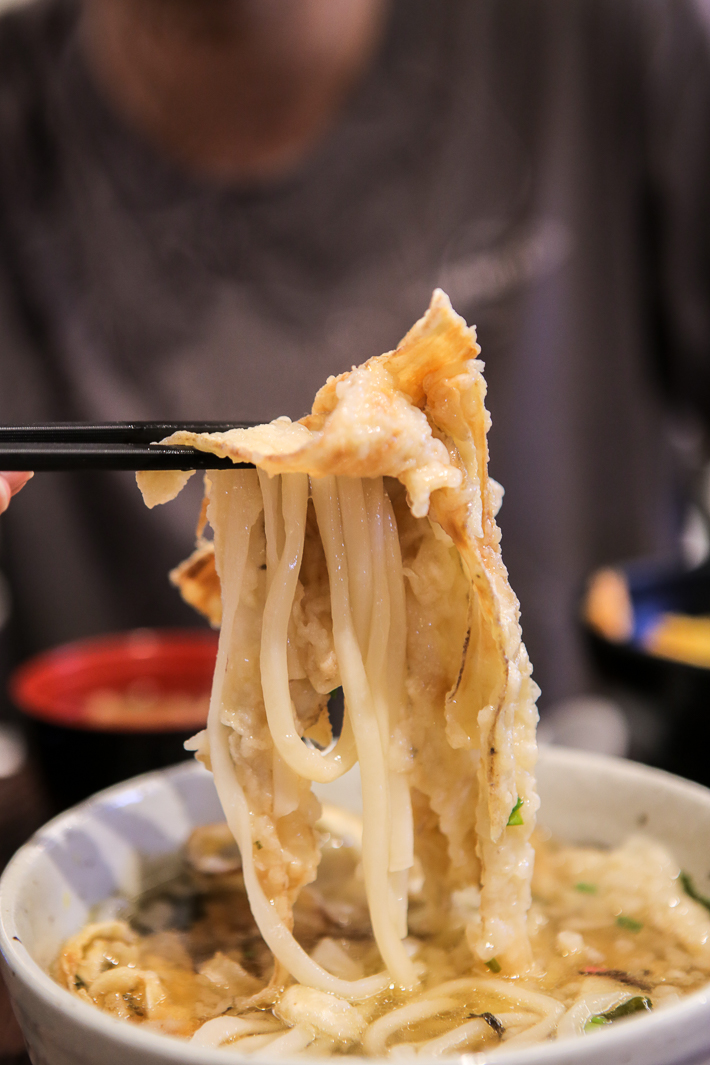 While the tempura was impressive on its own, what truly sealed the deal for us was the thinner-than-usual, silky smooth udon that is satisfyingly chewy, giving a pleasant bite. 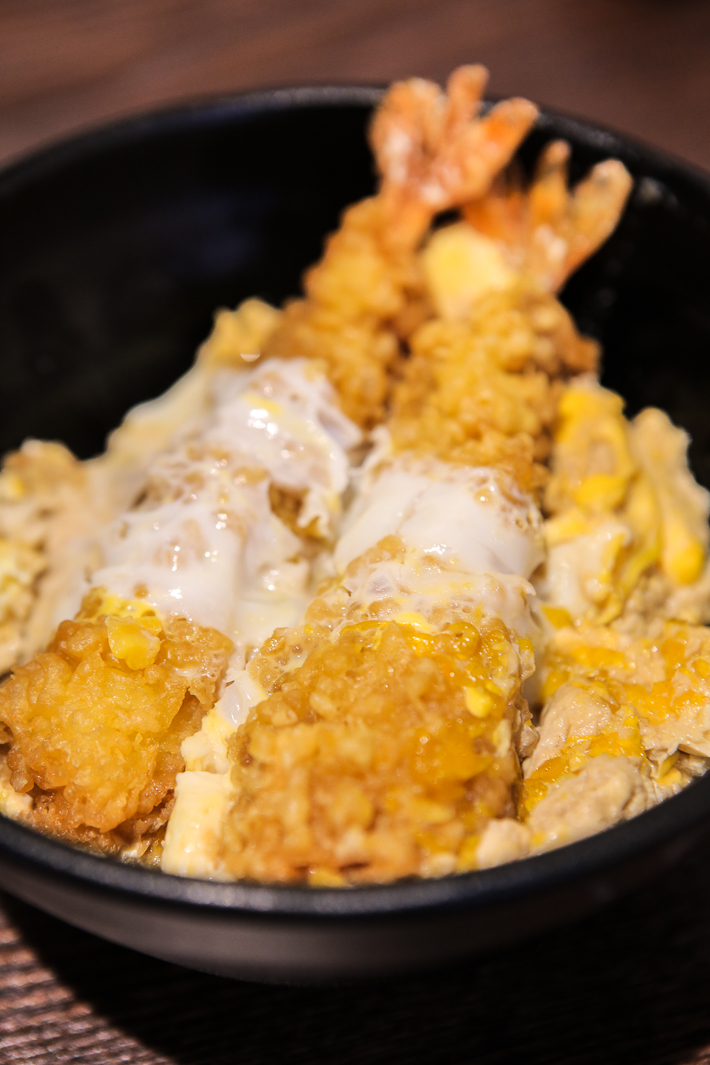 Besides udon, Fu-Men also serves a variety of donburi bowls. We opted for the Ebi Ten Don (S$17+) which sees two pieces of huge prawn tempura nestled on a bed of egg and Japanese rice. 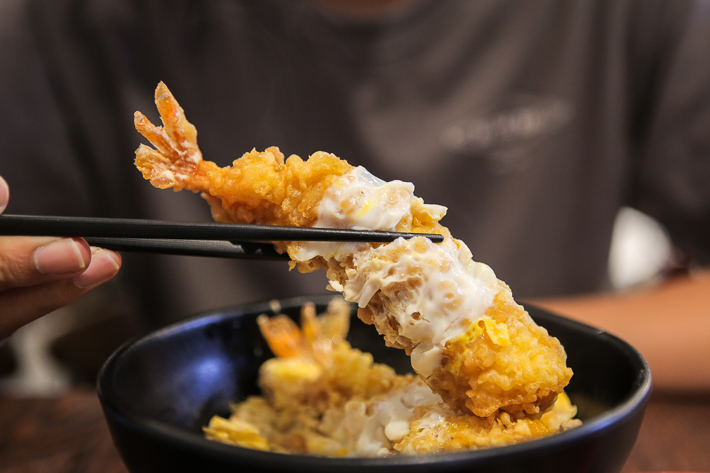 Aptly crisp, the tempura batter that coats the prawn beneath is light and remains crispy even after having been left out for a while. Biting in, you’d find huge prawns that are plump and fresh.

While there really isn’t much to nitpick about this dish, we thought that it was quite pricey considering its portion. Other donburi items on the menu include Oyako (S$13+) and Beef Egg (S$15+).