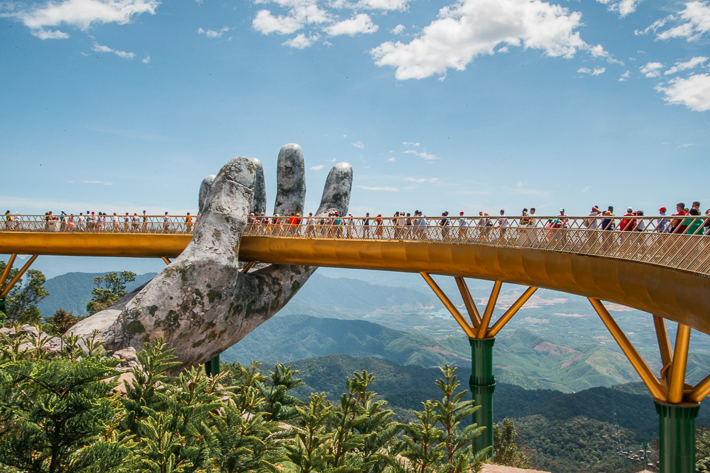 This golden bridge in Vietnam is the first of its kind in the world and it is leaving the world in awe. The Cau Vàng, which translates to ‘Golden Bridge’ in English, opened its doors to the public recently in June 2018.

Seemingly lifted by a colossal pair of hands, this bridge is perched on the slope of Vietnam’s mountains and sits over 3,000 feet above sea level, granting visitors the most breathtaking, panoramic vista of the beautiful country.

Situated within Ba Na Hills, the Golden Bridge is one of the many picturesque sights to marvel at. If you happen to be in Vietnam, you must make sure to save a day in your itinerary for this stunning destination! 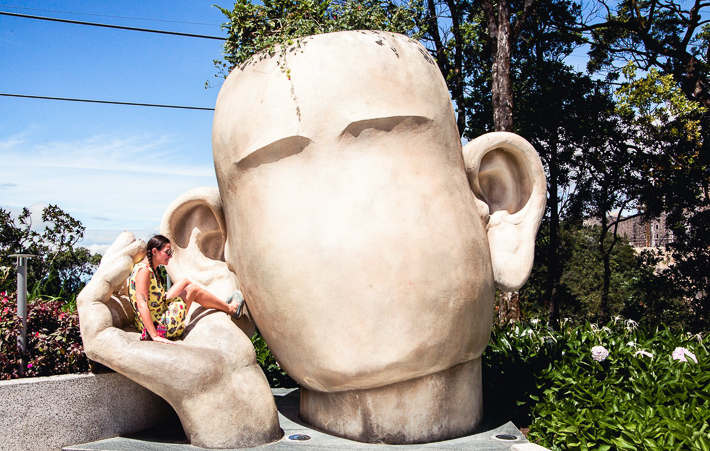 Nestled amidst the lush greenery of central Vietnam, the Golden Bridge is a pedestrian bridge that spans 150 metres long overlooking the Da Nang City surrounded by gardens of lavender.

The two colossal hands that cradle the bridge are designed to symbolise the hands of Gods. Despite appearing to look like ancient stones covered in moss, they are actually made of steel mesh and fibreglass, finished with a weathered effect to create the illusion of age and antiquity. 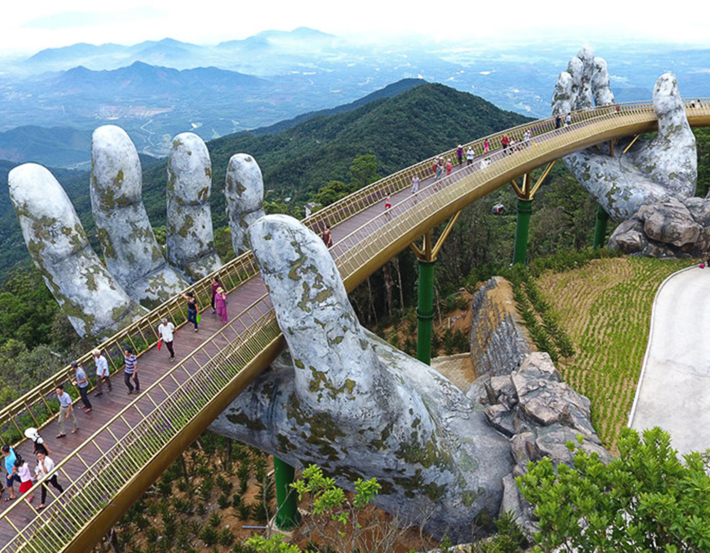 Prior to the opening of the Golden Bridge, Ba Na Hills has already been a major tourist attraction in central Vietnam.

Besides the bridge, Ba Na Hills is also home to a cable car site that holds 3 world records including the longest single-cable cable car at over 5km, a replica of a French medieval village, manicured gardens and as well as a wax museum featuring statues of Lady Gaga and Michael Jordan. 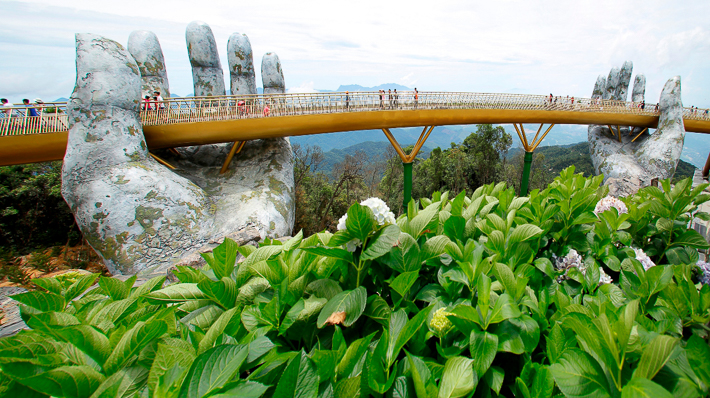 There are plans to further develop the Golden Bridge—developers are looking to construct a  ‘silver bridge’ to resemble a ‘God’s strand of hair’ which is to be connected to the existing structure.

We are definitely looking forward to visiting these gorgeous bridges in Vietnam. Are you?