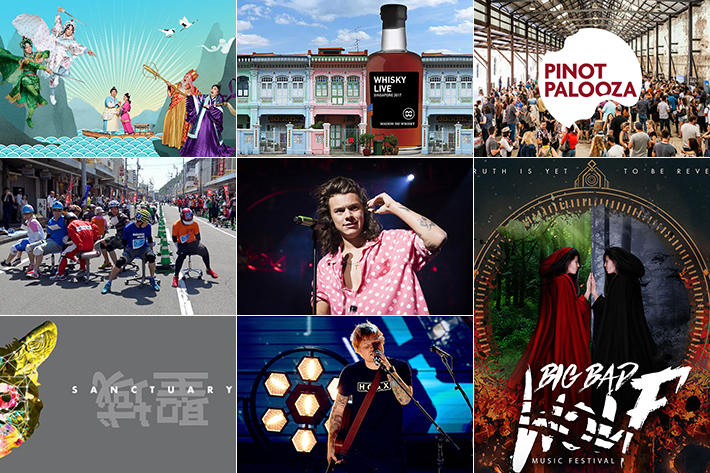 Holy smokes, is it already November? We, too, are flabbergasted by how quickly the year has gone by and for many, this would be the time when you would be using up that hard-earned leave to go for a quality trip overseas with your family or friends.

But for those of us who do not have any travel plans, chin up because there are plenty of activities and events in Singapore this November 2017 which will definitely add some cheer into your life. From sporting events such as the ISU1 Endurance Race Singapore to One Direction’s Harry Styles’ concert, there are countless ways for you to embrace the end of 2017 with open arms.

Here are 22 Events In Singapore In November 2017 To Celebrate Surviving 2017. Although it ain’t December yet, hang in there because your long year-end holiday is coming soon! Set to take place at the F1 Pit Building from 17 November 2017 to 19 November 2017, the Affordable Art Fair is all about affordable contemporary art which includes a spectrum of local, regional and international talents across 65 galleries. All art will be priced under S$15,000 and 75% of the pieces are going below S$7,500. 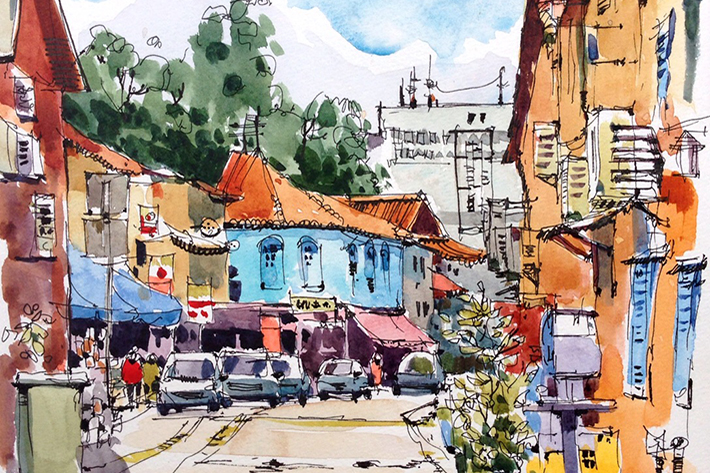 It’s time to put your artistic hat on 06 November 2017 at the Café Sketching and Painting Watercolour Workshop hosted by Art Workshops by Leach at The Assembly Ground. Attendees of the workshop can expect to learn how to play with watercolours and how to apply their newfound skills to painting with limited resources.

Tickets must be purchased in advance and start at S$93.50 per pax.

Where
The Assembly Ground A national initiative celebrating the talents and skills of crafters, collectors and artisans in local communities across Australia and South East Asia, drop by Capitol Piazza on 25 and 26 November 2017 to browse through and admire the handmade wares and vintage goods on sale at Etsy Made Local 2017.

HOW BOOKSTORES CAN SURVIVE IN THE INTERNET AGE

As part of the Singapore Writers Festival, How Bookstores Can Survive In The Internet Age is a Mandarin discussion about the struggle and competition bookstores face against online shopping and digital media. The panel will include Japanese bibliophile and book-culture expert, Yoshii Shinobu, Hong Kong author Chan Ho-kei and Singapore’s Anthony Koh.

Tickets are going at S$15 per pax, exclusive of SISTIC booking fees.

Where
The Arts House, Play Den 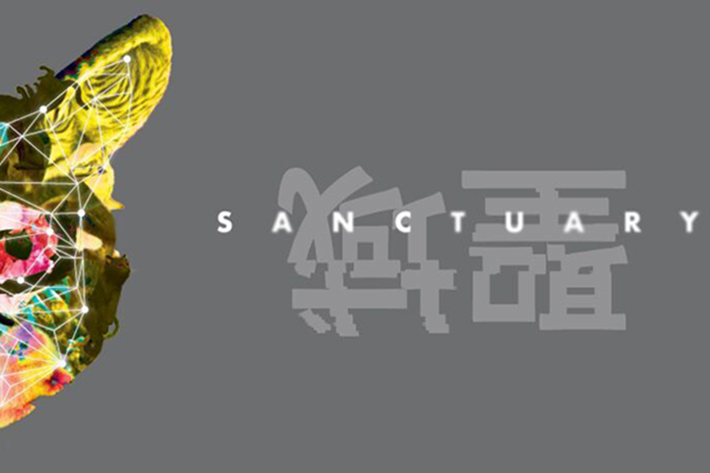 Presented by the Necessary Stage and Hanchu-Yuei, Sanctuary—a play by Haresh Sharma and Suguru Yamamoto—depicts the story of a terminally ill woman who engages a digital legacy company to record video greetings for her children’s viewing following her passing.

The play aims to explore the fragility of the human condition and the rise of the role of technology and its control and impact on our humanity. Tickets cost S$36 per pax, exclusive of SISTIC booking fees.

Where
The Necessary Stage Black Box 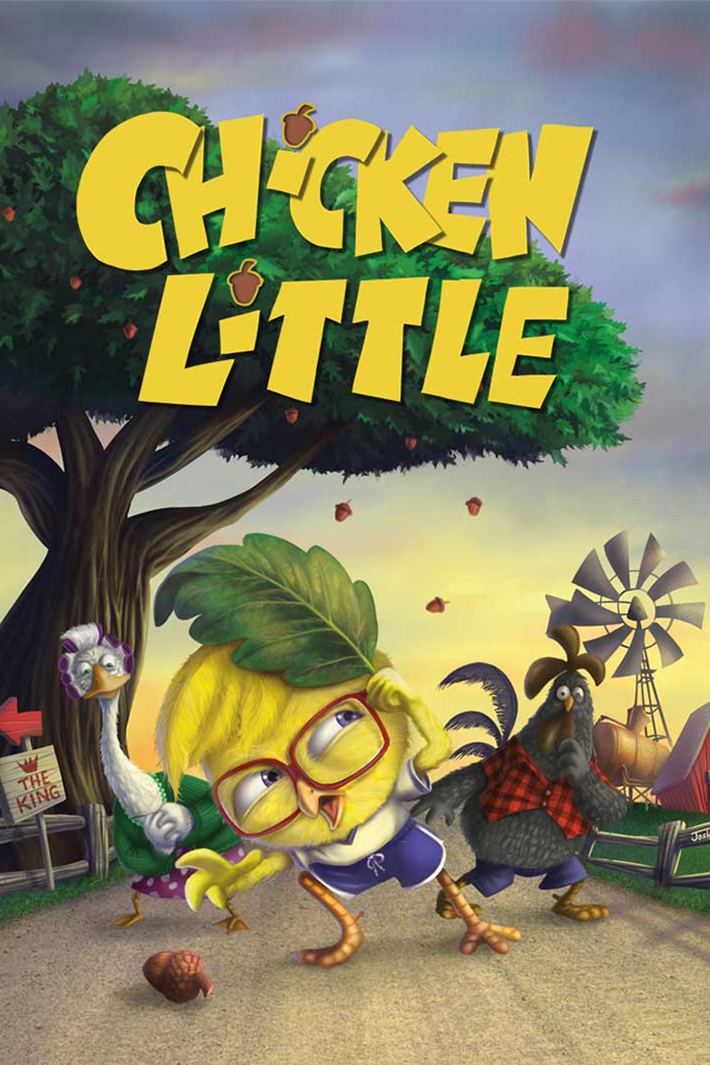 A new musical which showcases catchy songs from the writers of SRT’s Red Riding Hood and Treasure Island, Chicken Little is a musical which will bring the audience along on her mission to reach the King, in order to save her fellow farmyard animals.

Tickets start at S$25 for weekdays and S$35 for weekends. Tickets prices quoted do not include SISTIC booking fees. 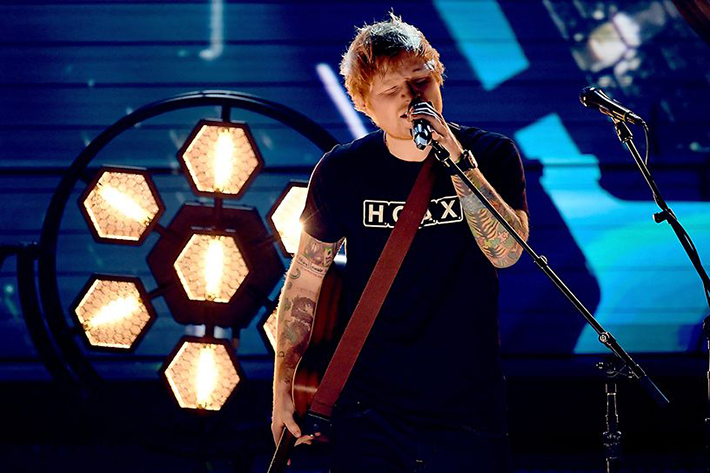 One of the most celebrated singer-songwriters in the world, many Singaporeans praised the heavens and shouted for joy when Ed Sheeran announced that he will be coming to Singapore on 11 November 2017 for his highly anticipated world tour.

Unfortunately, all tickets have been sold out and if you will be attending, we wish you a great night ahead. But for those who did not manage to get their hands on those prized tickets, you can still hang on to the hope of catching Ed Sheeran around in Singapore during his time here. 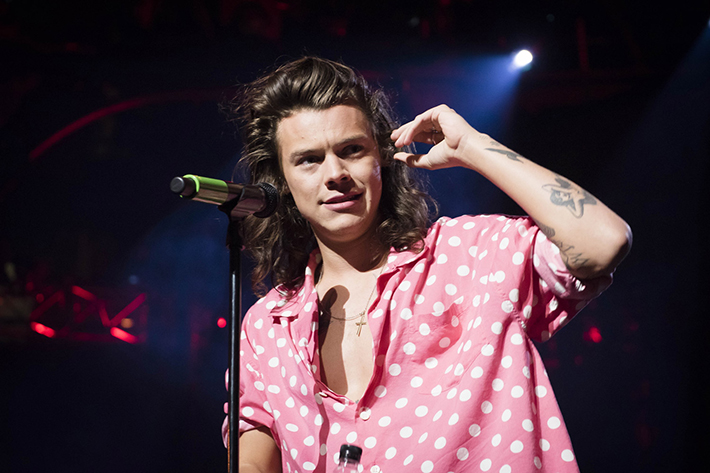 One Directioners, this one is for you. Harry Styles will be coming to Singapore on 23 November 2017 for his first solo concert at The Star Performing Arts Centre. This tour follows the release of his self-titled 10-track debut album on May 12, which features hits such as the ‘Sign of the Times’.

Tickets start at S$98 and range to S$228. However, as tickets have been on sale since 16 June 2017, do note that they will be subject to availability.

Where
The Star Performing Arts Centre 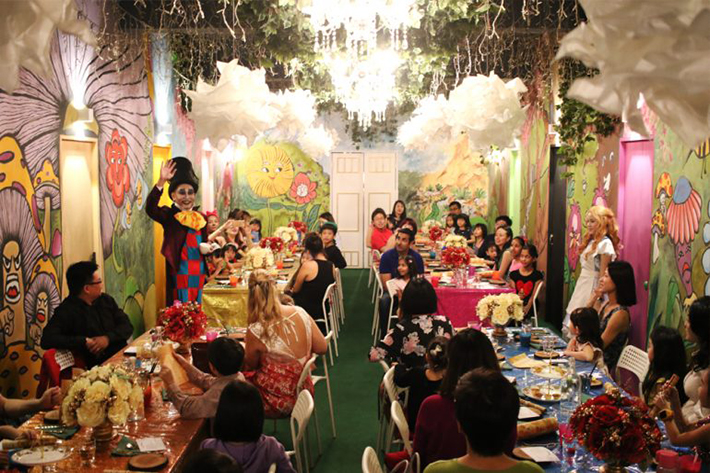 A 45-minutes children’s play, Kids in Wonderland brings you and your children on a journey to Wonderland to bear witness to the first official visit of The Queen of Hearts to the Mad Hatter’s table. The play is based on the themes of friendship and personality, so parents can be sure that this will be one meaningful experience to share with your children.

Tickets start at S$28 per pax and children under 7 years old will need to be accompanied by a parent. 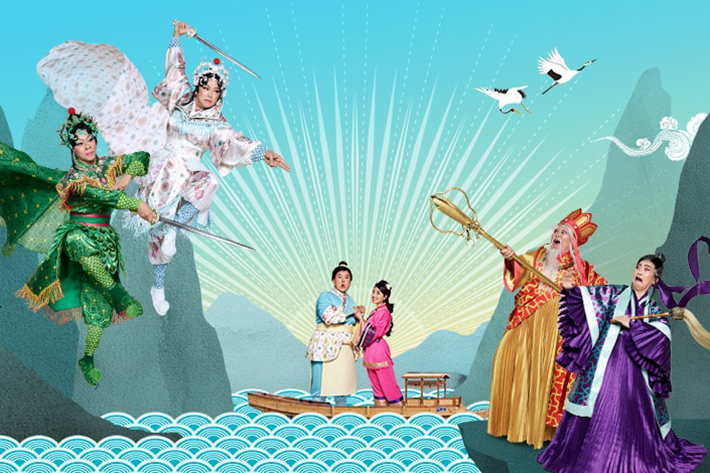 A musical by Alfian Sa’at with music by Elaine Chan, Mama White Snake is a musical which brings its own exciting spin on the classic Chinese folktale, Madam White Snake. With a star-studded cast that includes Ivan Heng and Cheryl Tan, this is one musical adventure not to be missed!

Tickets start at S$50 for shows from Tuesday to Thursday and S$55 per ticket for Friday to Sunday shows. Prices quoted are exclusive of SISTIC booking fees. 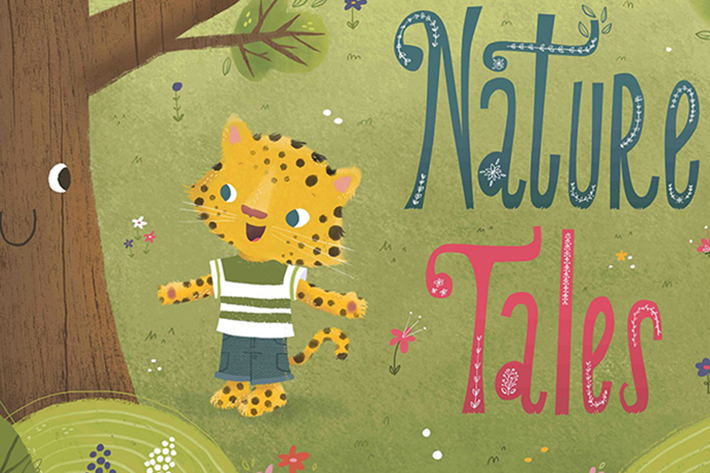 Coming to the Victoria Concert Hall from 04 November 2017 to 05 November 2017, SSO Concerts for Children: Nature Tales will bring your child on an adventure in nature together with Leopard and his best friend, a talking tree, based on the settings in Beethoven’s Pastoral Symphony.

This concert will also feature Victor Yerrid, a master puppeteer from the Jim Henson company. Tickets start at S$25 per pax, exclusive of SISTIC booking fees. 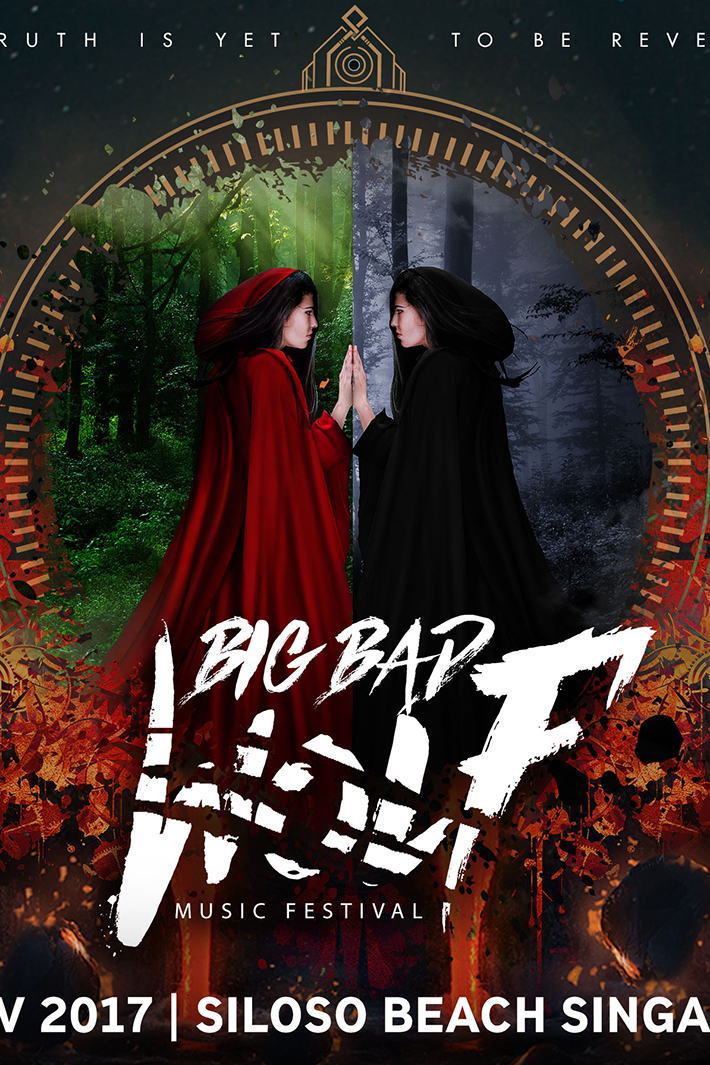 Singapore’s largest Halloween music festival is coming to Silos Beach, Sentosa, on 11 November 2017. Set in a medieval era, this music festival will be hosting some of the biggest international and regional DJs such as Lost Frequencies and TINC, and there will also be plenty of Halloween activities for attendees to take part in.

Do note that you have to be 18 years old and above to attend the festival. Early bird tickets are going at S$55 per pax.

The Golden Autumn Celebrations is a 3D light, lanterns, food and entertainment festival which highlights the heritage of traditional lantern culture alongside the beauty of modern light. All of the structures, handcraft artisans, performers and vendors also come from Chengdu, Sichuan province.

Tickets start at S$15 per pax for Monday to Thursday and S$18 per pax from Friday to Sunday. 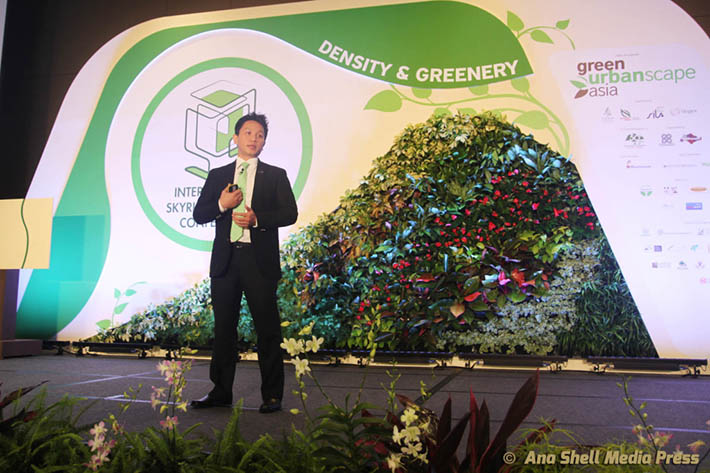 Love all things green? Mark down the GreenUrbanScape Asia 2017 Marketplace on your calendar as this is the 3rd edition of the international exhibition and conference which showcases landscape, greenery design, construction and technology.

Popular vendors that you can expect include Asano Mokkou – Sho Co. Ltd, Every Green Agriculture, Far East Flora and much more. There will also be engaging talks, hands-on workshops and exclusive discounts for Passion Card members! Admission is free. 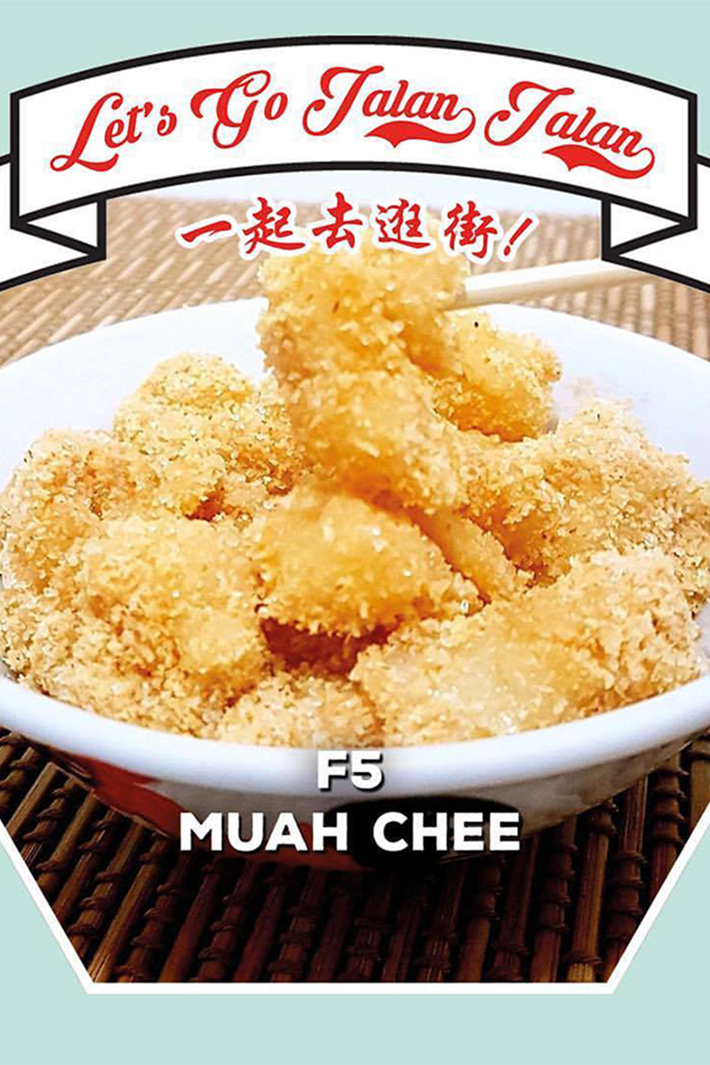 For many of us, we can probably agree that we do yearn to return back to the simpler good ol’ days before life got complicated and more hectic. Let’s Go Jalan Jalan is a food and music festival which seeks to bring you back to your memories from the 70s, 80s and 90s. From old-school tidbits and nostalgia toys, this is definitely one event for the books.

Where
The Three Peacocks at Labrador Park

Presented to you by Eventz1 and Downtown East, the Singapore Halloween Festival 2017 is hitting the shores at Wild Wild Wet on 04 November 2017 and 05 November 2017. This is the first ever Halloween festival in a mega water park and highlights that you can look forward to a zombie maze, carnival games and a cosplay competition.

Tickets start at S$45 for a regular 1-day pass for an adult and do note that sales will conclude on 04 November 2017.

This November, choose to give back to society through The Giving Family Festival which is estimated to give back to more than 28,000 of TOUCH’s beneficiaries ranging from youth-at-risk, vulnerable families and disadvantaged seniors. Highlights of the festival include Run & Raisin’, carnival rides, stage performances and hands-on workshops.

Coupon booklets are available at S$50 each and the early-bird special (2 coupon booklets for S$85 instead of S$100) will be ongoing until 08 October 2017. 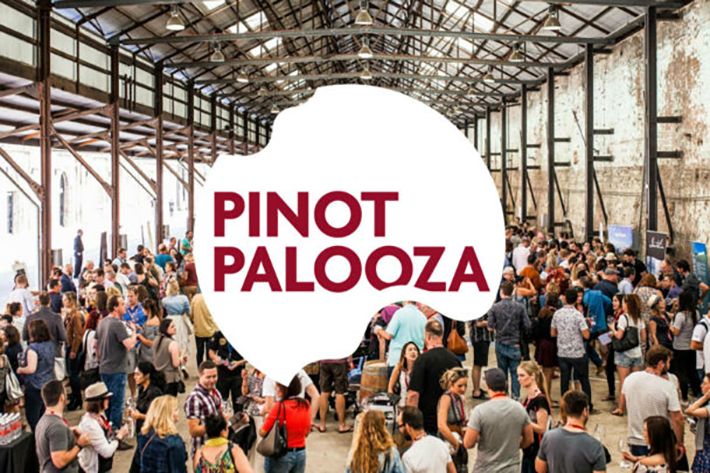 If you have yet to have a Pinot Noir experience, this is your chance to do so. Presented by REVEL, Pinot Palooza is a Pinot and music festival that is coming to Singapore for the very first time this November. There will be more than 100 wines available for tasting, so for those who love some fine wine, you need to check this event out.

General admission tickets are going at S$60 per pax.

Where
Esplanade – Theatres on the Bay, The Annexe Studio It’s time to spice up your November with a little exercise made fun with bright lights and music. On 19 November 2017, Atomic Run—the world’s most colourful and musical 5km night run—is coming to Singapore and participants can expect to receive an exclusive LED bracelet and a show filled with electro performances. 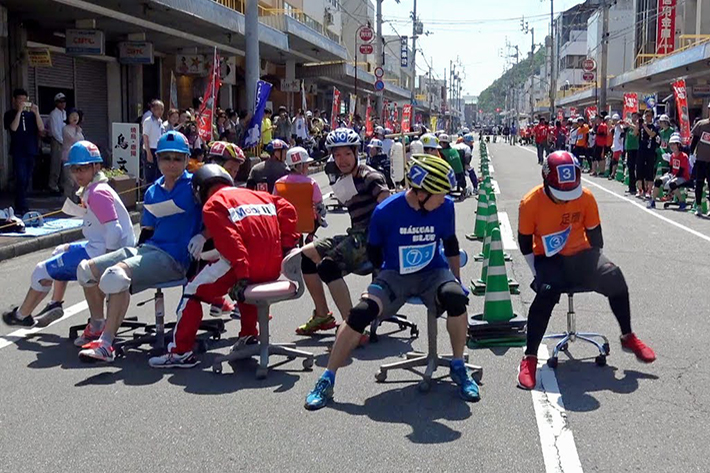 A unique race originating from Japan, ISU1 Endurance race is all about promoting the spirit of endurance, perseverance and teamwork. This is the first time that the race is taking place in Singapore and it is basically a relay challenge, where participants will be sitting on an office chair and race to the finish line just with their legs! 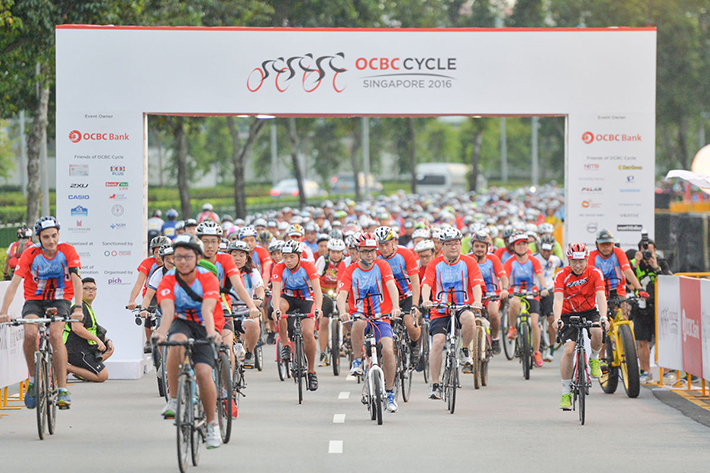 Singapore’s largest mass cycling event – OCBC Cycle – is taking place this year from 17 November 2017 to 19 November 2017. For cycling enthusiasts, this is where everyone will gather together to ride safely on closed roads in the heart of Singapore’s city before ending the course at the Singapore Sports Hub.

This year, there is a new bubble theme for Might Savers Kids and Family Ride. Children will ride into bubbles created by bubble-blowing machines; this will be one memorable experience!

WE will be in Singapore unfortunately only for 1 day. We are looking for exciting and must do and must see suggestions. Please advise