October is approaching us slowly but surely, and soon before you know it, we would already be celebrating Christmas! Although it may be a slow month for you at work, there is no need to fret as there are various events, concerts and sporting activities taking place in Singapore this October that you can fill up your calendar with.

And October will be the month where we will be treated to concerts by the worldwide pop sensation Backstreet Boys and K-pop star Tae Yang, and with the arrival of the Mid-Autumn Festival, it is time to get fat and stuff yourself silly with plenty of mooncakes!

If you are a little lost as to what we are talking about, or if you feel that your schedule for October looks a little empty, here are 24 Events In Singapore In October 2017 to check out with your squad. 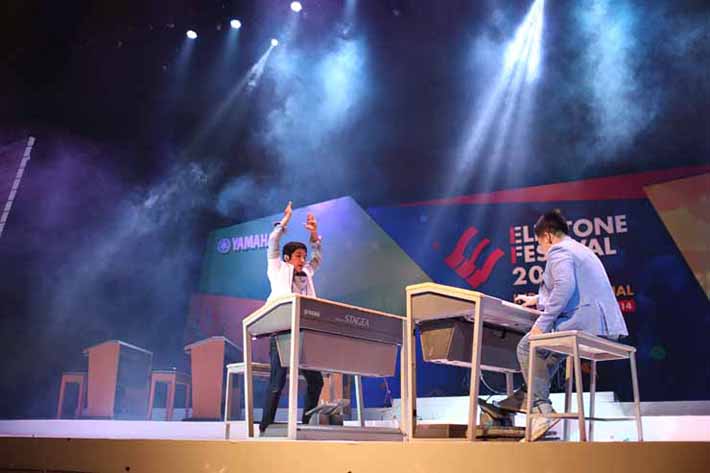 First held in Japan in 1964, the Asia-Pacific Electone Festival is brought to you by Yamaha Music (Asia) Private Limited. The audience will be treated to the talents of 23 contenders from China, Hong Kong, Indonesia, Malaysia, Singapore, Taiwan and Thailand on the electone.

On 13 October 2017 to 15 October 2017, the inaugural Asian Youth Theatre Festival will be taking place at SCAPE which will feature plenty of youth artists across Asia through performances, flea markets, workshops, art and craft stalls and more. 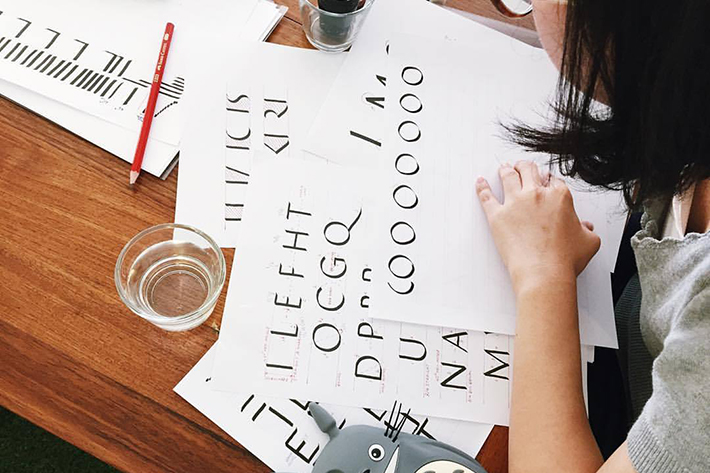 Do you find yourself envious of the beautiful calligraphy lettering that you see on Instagram or other social media sites? Take part in Faber-Castell’s curated series of creative workshops at redpan café, where you will taught how to use the highly-raved Faber-Castell calligraphy brush pens amongst other tools to create your own art pieces.

This workshop will be led by KY of The Lettering Workbook and is recommended for ages 7 and above. Tickets are going at S$90 each and this fee includes a 12 Calligraphy Brush Pen set, colour wheel, lettering templates and workbook, a discount voucher for Faber-Castell purchases and light refreshments. 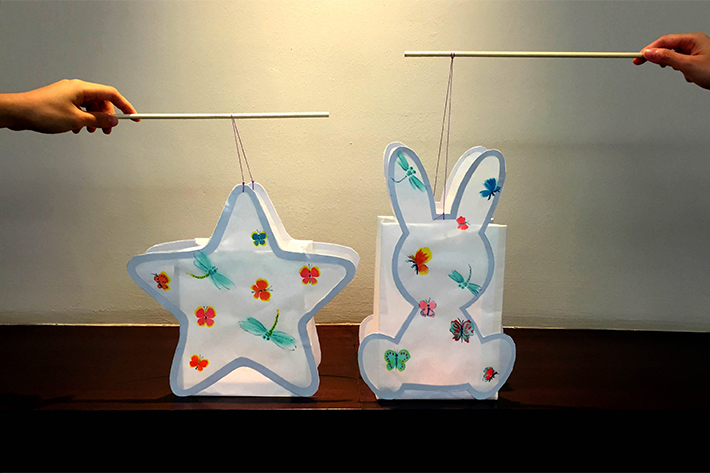 For many of us, we would have grown up enjoying bringing paper lanterns and this year, complete your Mid-Autumn Festival experience by making your very own rooster lantern at the Esplanade!

Standard ticket prices will cost you S$8 (exclusive of SISTIC booking fees) and are subject to availability. On 13 October 2017, Dr Cai Heng – curator of National gallery Singapore – will be conducting a tour which offers deeper perspective into the artworks and narratives of the exhibition, Strokes of Life: The Art of Chen Chong Swee. Standard tickets for this tour cost S$25.

Presented to you by Noise Singapore and kult, NOISE x GIF Festival 2017 will bring you on a journey of illusions by some of Singapore’s most talented image makers. This festival seeks to explore GIF as an artistic medium and examine its role in digital art, entertainment and creative communication. 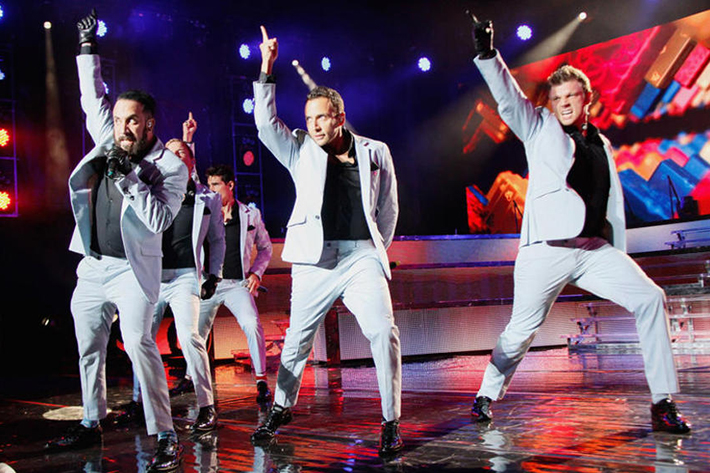 If you grew up in the 1980s or 1990s, you would definitely have heard of or even sung your heart out to one of Backstreet Boys’ pop tunes. For those who have never caught their concert in person, this is your chance to do so because the amazing Backstreet Boys will be coming to Singapore on 21 October 2017 for their Larger Than Life tour.

General sales for tickets will be commencing on 08 September 2017 across all channels and ticket prices range from S$108 to S$248 (exclusive of GST and booking fees). 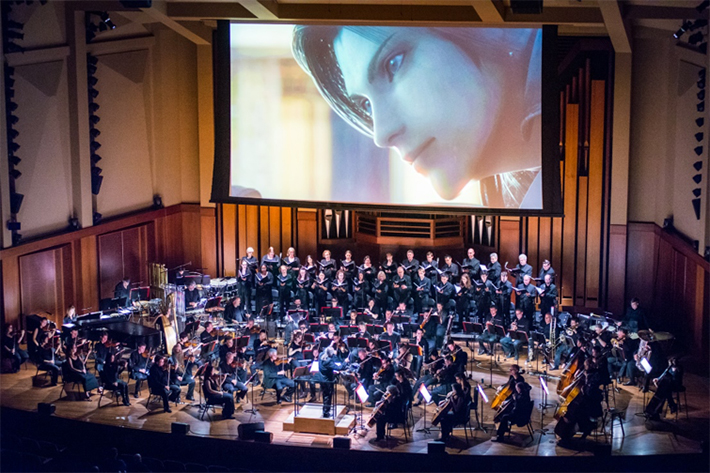 Did you know that this year marks the 30th anniversary of Final Fantasy’s music? This October, the symphony concert world tour entitled Distant Worlds: Music From Final Fantasy – Jiritsu will be making a stopover in Singapore for a new series of orchestral concerts. Further, Nobuo Uematsu, the composer behind the music of the video game series, will also be making a guest appearance at the concert itself!

Tickets start at S$58 for restricted views and S$98 for standard tickets. This price excludes SISTIC booking fees and tickets are subject to availability.

Where
The Start Theatre

Running from 11 October 2017 to 21 October 2017, Forever Young is a musical which is set in 2067 in a nursing home. This is a jukebox musical adapted by Benjamin Lee from the original European cult hit written by Erik Gedeon. The cast of Forever Young includes Hossan Leong, Karen Tan, Julian Wong and more. Do note that this show would be appropriate for those 16 years old and above.

Tickets start at S$44 for Monday to Thursday and Saturday and Sunday matinees, and S$49 for Friday and Saturday evenings. Do note that ticket prices are exclusive of booking fees and are subject to availability.

Where
School of the Arts, Singapore

Ever actually sat down to appreciate Chinese Opera? This October, the highly-feted Hubei Provincial Peking Opera Theatre will be performing five signature works from their repertoire which will highlight the signature elements of Peking Opera.

Scott Bradlee’s Postmodern Jukebox returns to Singapore for one night only on 06 October 2017 at The Star Performing Arts Centre. Expect only brilliant vintage covers of famous pop songs; your heart and ears will be humming with happiness throughout the night.

Tickets have been on sale since July 2017 and start at S$88 per ticket (excluding booking fees). Do note that tickets will also be subject to availability.

Where
The Star Performing Arts Centre 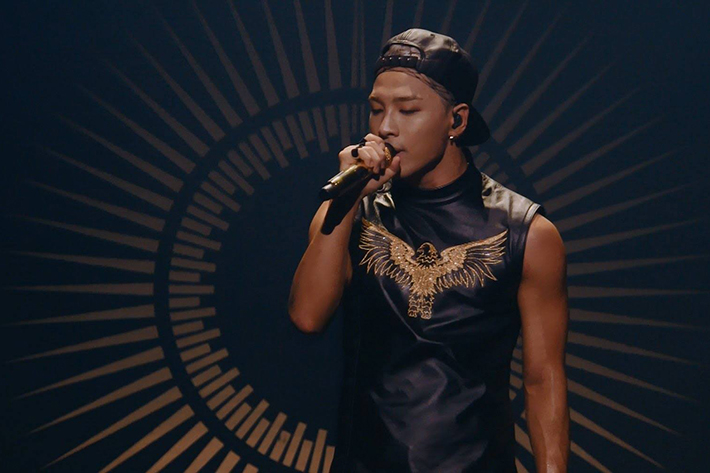 K-pop/Big Bang fans, it’s time to rejoice because Tae Yang will be coming to Singapore on 27 October 2017 for his World Tour White Night. This World Tour is in lieu of his new solo album ‘White Night’ on 16 August 2017.

As of now, no details have yet been released on ticket pricing so do stay tuned to his official Facebook page for more details!

Where
The Star Theatre

Hosted by Blingbling, Blingbling at Baby Market is coming your way on 13 October 2017 to 15 October 2017 at the Singapore EXPO Convention and Exhibition Centre! This is where you can get amazing deals on baby products and there will also be an attractive giveaway.

More updates are coming soon so do stay tuned to their Facebook event page!

Are you ready for a bloody Halloween party? This 21 October 2017, prepare yourself for a Halloween extravaganza at PHRESH where you can eat, drink and be scary. Aside from taking part in the best-dressed competition, there will be a Halloween photo zone, lucky draw, game and music by the DJ basil.

A festival celebrated by Hindus across the world in celebration of the triumph of good over evil and light over darkness, Deepavali is often recognized by its symbolic act of lighting an oil lamp.

During the festival, you would see many Hindu homes filled with warm golden light as they partake in a time of sharing, gift exchange and prayer. If you want to take part in the festivities, a good place to visit would be Little India which will be a fantastic, colourful wonderland.

Returning for its 4th edition on 14 October 2017 and 15 October 2017, GameStar is Southeast Asia’s Premier Game Convention which all gaming addicts cannot chance out on. Bringing back favourites as well as new and exciting content for all participants, attendees can also expect game showcases, previews, E-sports, and the chance to meet special guests and pro players!

If you are a cosplayer, you also get in for free. If you don’t plan to cosplay, early bird tickets – which are available until 10 September 2017 – are going for S$10. Mooncakes, mooncakes and more mooncakes! The Mid-Autumn Festival is another highly anticipated Chinese festival of the year where you would see many feasting on the wide variety of mooncakes whilst children carry paper lanterns around the streets. The festival was traditionally celebrated to give thanks to the gods, and this is also the time of the year where the moon is at its brightest.

Should you wish to experience the festival, do head down to Chinatown on 04 October 2017, which is one of the most historic and iconic neighbourhoods in Singapore. Are you ready for Singapore’s first water park music festival? On 14 October 2017, head down to Wild Wild Wet Downtown East which promises to take you on a full-on sensory journey accompanied by excellent music by DJs such as Eli & Fur, Electrokat, Jasmine Sokko and Rave Republic. Delicious festival food and drinks will also be served throughout the day.

General admission tickets will cost you S$98 each.

On 21 October 2017, head down to Keong Saik Road for some incredible art and music. This is where you can celebrate your individuality through poetry, fashion, photography, music and more! As this is the 7th edition of the Urban Ventures Street Party, you know that it is going to be one incredible weekend that you do not want to miss out on.

At present, highlights of the Urban Ventures Street Party include the Underground Market, Wordsmithing Avenue and Drag Queens Galore curated by @Yeast Monster.

Hosted by the Singapore Wine Fiesta and The Straits Wine Company, this is possibly the largest outdoor wine festival in Singapore! With the chance to sample over a hundred wines from all around the world, alongside meeting winemakers and vineyard owners, what better way is there to learn more about the production processes behind wine and how to appreciate the various characteristics of wine?

As this is the Wine Fiesta’s 10th Anniversary, the festival will be celebrating by featuring the best of what the Wine Fiesta has to offer! Tickets are necessary and as early bird tickets have concluded, they are going at S$45 per ticket (not inclusive of S$2.38 booking fee).

For those unfamiliar with IPP White Collar Boxing, this is an event where ordinary men and women are taken on a 12-week journey which concludes with them engaging in a fighting in front of more than 1,000 people at Suntec Convention Centre.

With 10 boxing bouts lined up, this will be a thrilling event that you do not want to miss out on as the event will also be raising funds for the Children’s Surgical Centre in Cambodia.

Are you ready to challenge yourself? Mark the Newton Challenge down in your calendar and join the WeFIT crew at this year’s edition of the challenge where there will be a 21.1km, 32.195km and 10km runs.

If you are an airline associate or are family or friends of one, why not consider putting the World Airline Road Race (WARR) on your calendar as this is an event where all airline industry professionals from around the world will get together for a 5km or 10km run/walk for charity!

Registration for Singapore is now open and the participation fee has been fixed at USD$60 per race. Do note that entry fees for WARR will not be refundable.

Where
Race course details will be announced shortly but it will be within walking distance from the host hotel. 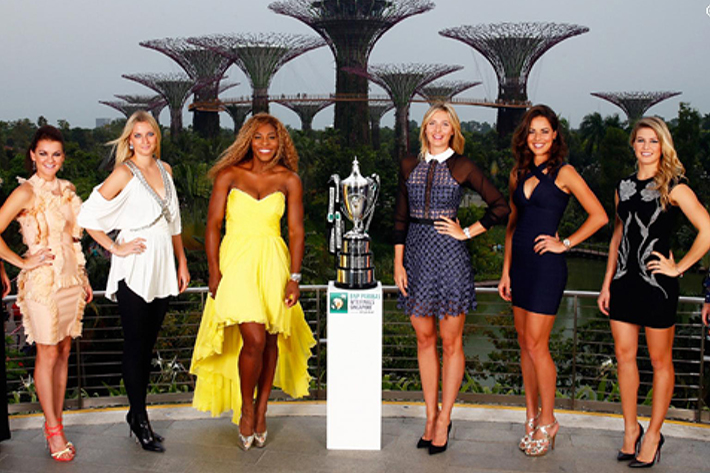 Proudly presented to you by SC Global, the BNP Paribas WTA Finals Singapore is certainly one of the most anticipated events of the WTA season. This will be the fourth year of Singapore’s five-year term of hosting the event and it will be held from 22 October 2017 to 29 October 2017 at the Singapore Sports Hub.

Aside from the exciting line up of athletes, there will also be a coaches Conference where you can glean pro tips from tennis experts, and a Fan Village where you can meet your favourite tennis players whilst engaging in tennis-themed activities at various booths.

About the writer:
A member of the team at ladyironchef, Claire’s mission is to lead a life without regrets—to explore the world and its treasures boldly. When she isn’t pursuing her interests in writing, academia and music, Claire spends her free time with family and her pets. She also hopes to run her own animal shelter in the future.