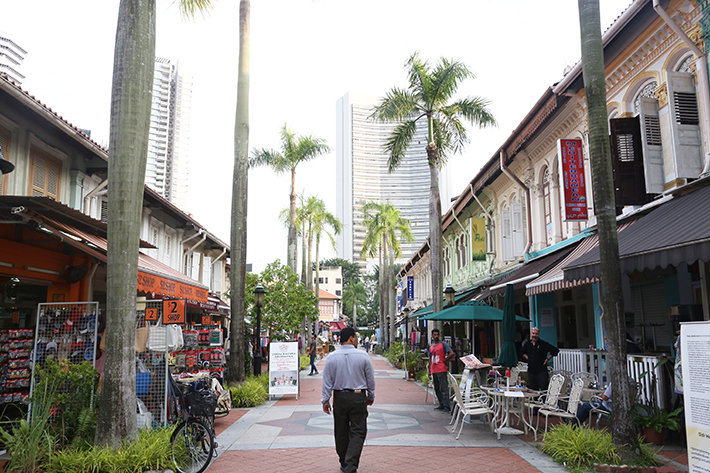 Kampong Glam is a neighbourhood in Singapore that is so rich with heritage and culture. Located in the vicinity of Bugis and just beside popular areas such as Arab Street and Haji Lane, Kampong Glam houses one of the most iconic structures in Singapore—the Sultan Mosque.

The entire area is now a very trendy place where bars and cool cafes have been popping up, juxtaposing traditional shop houses selling textiles, antiques and more. It is one neighbourhood in Singapore you must visit if it is your first time to the sunny island. And for locals with no plans this weekend, #BeATouristInYourOwnCity. 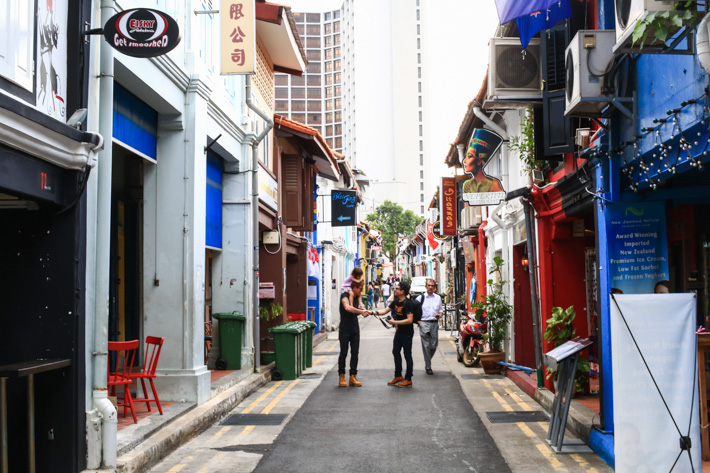 Kampong Glam was originally a fishing village, which is where its name comes from. ‘Kampong’ means village and the word ‘Glam’ derives from an adaptation of the word ‘gelam’ from the Gelam Tree (also known as Paperbark Tree).

So how exactly did Kampong Glam transform to what it is today? 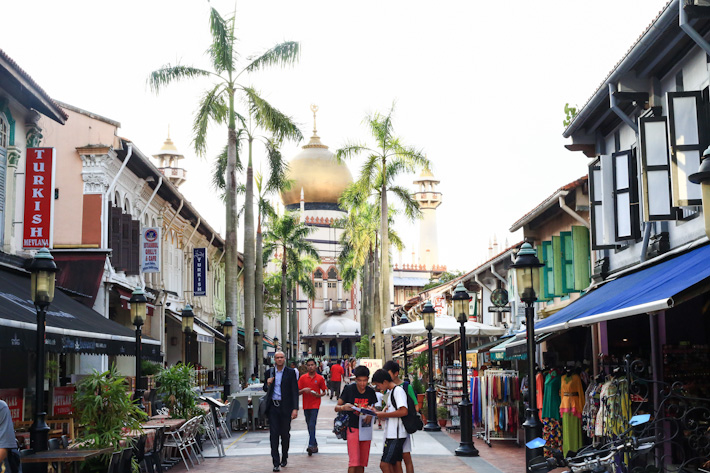 Originally in 1822, Sir Stamford Raffles allocated the area to the Malay Sultan Hussain Mohammed Shah and the local Muslim community; thus the birth of this area. It is only in the recent few years that the area has modernised drastically. 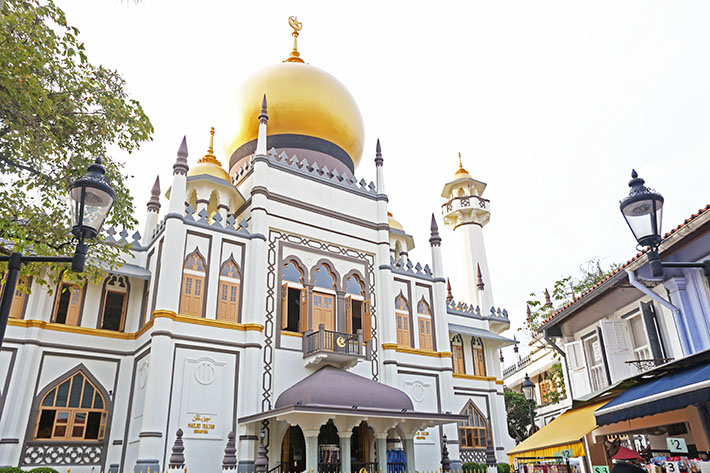 The main sight to behold is definitely the Sultan Mosque, and it is one of the grandest and most impressive religious buildings in Singapore. You will also be able to find modern restaurants and cafes in the vicinity.Some of these shop houses fuse traditional and modern together, to create interesting concepts as well.

Some of these shophouses fuse traditional and modern together and have interesting concepts to boast. 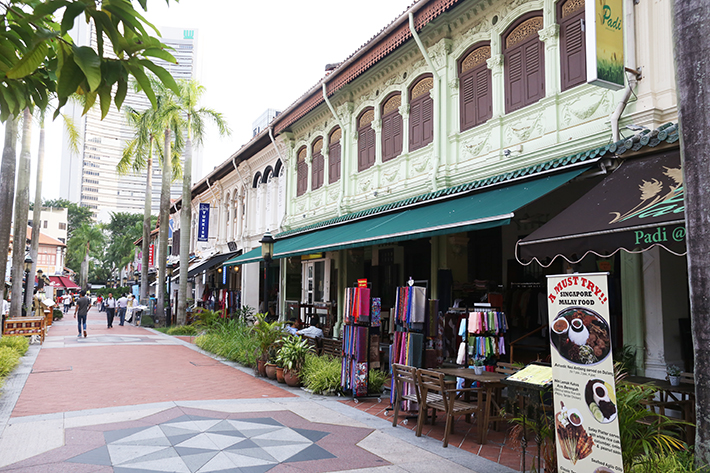 You will also be able to find the Malay Heritage Centre here where you will be treated to an in-depth and first-hand understanding of Malay heritage and history.

The Kampong Glam area lights up at night with snazzy restaurants and bars in the Haji Lane and Arab Street vicinity especially, so anytime is a good time to visit Kampong Glam!