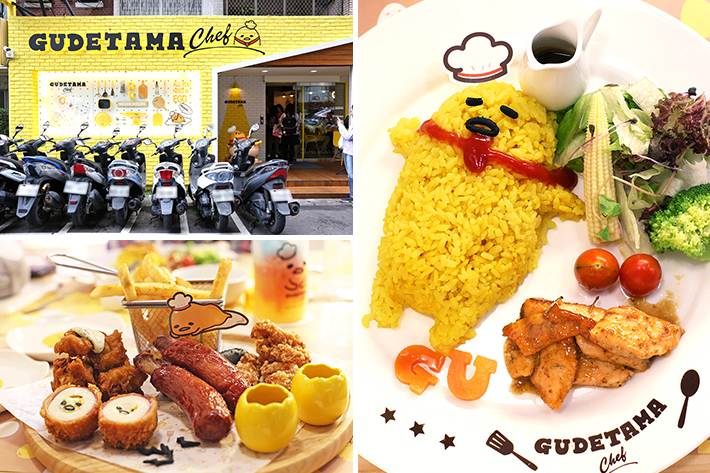 If you don’t already know, Gudetama is an anthropomorphic Japanese egg yolk characterised by its laziness. It only made its debut in 2013, but has since gained “recognition” globally. We kid you not. From cushions to notebooks, Gudetama’s iconic sluggish body is now imprinted on almost every object thinkable.

So it is without surprise that an entire restaurant dedicated to the Gudetama has opened in Taipei’s Da’an District. The new Gudetama-themed restaurant—called Gudetama Chef—is currently Taipei’s latest craze and bookings are mandatory.

No expenses have been spared to ensure that an apathetic Gudetama is in both your central and peripheral vision at every possible angle. Food aside, even the ceiling lamps, furniture, plates and waitresses’ uniforms at Gudetama Chef are intentionally emblazoned with the world-famous lazy egg.

We dropped by Taipei’s newly opened Gudetama Chef restaurant on a Monday afternoon, only to be politely turned away.

“Gudetama Chef is fully booked for the rest of today,” the Taiwanese waitress—donning an egg-yolk hair clip—apologised. She then proceeded to apologise and reject several others who were all hoping to score a seat at the kawaii restaurant.

Time check? It was 1.45pm. We were expecting it to be quiet then, but the reverse was true. 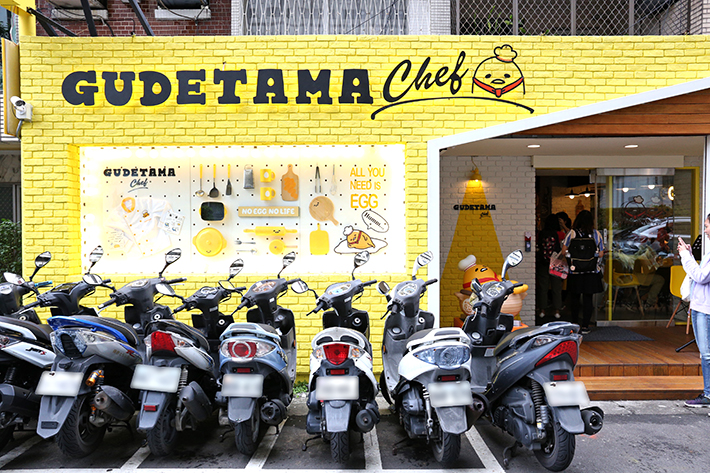 Fortunately, we managed to score a reservation the following day at lunchtime. Interestingly, we watched the same saga unfold—endless people being turned away. Gudetama Chef’s overwhelming popularity is truly astounding. Everyone was on snap happy mode; patrons posed with the yellow-bricked walls as if the eatery’s façade was a Taiwanese landmark.

The menu features a comprehensive selection of salad, burger, pasta, pizza, risotto, pancakes and desserts. Needless to say, every dish will feature at least one idle Gudetama.

Our Tricolour Slush (NT$260) came in a Gudetama-printed plastic bottle. Yes, you can take the bottle home!

We had the Deep-fried Platter (NT$480) and Butter Fried Rice (NT$320)—the former comprises a basket of French fries, Taiwanese sausages, boneless chicken chunk and scotch eggs; the latter consists of Gudetama-shaped butter fried rice, fish and mixed vegetables. The menu claims that the fried rice would be ‘Best in the World’ but we beg to differ.

All in all, the food was fairly decent but there is honestly nothing much to shout about. Evidently, its success lies in the novelty of dining in a Gudetama paradise.

Taipei is too far away? Fret not. Singapore is jumping on the bandwagon and will be opening a Gudetama Café in Suntec City at the end of this November.