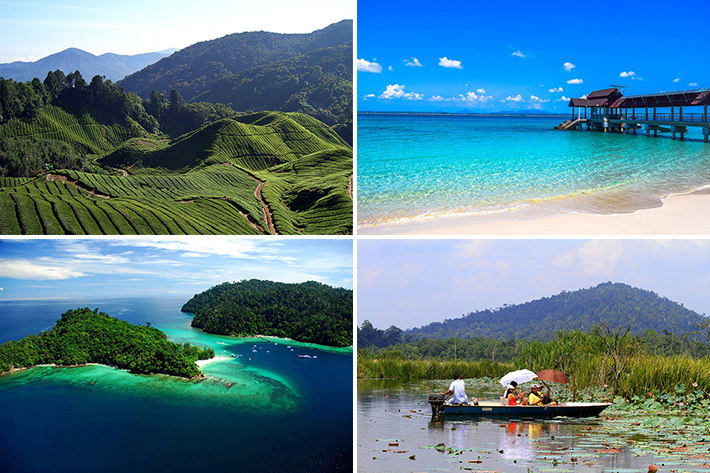 Are you one who prefer travelling off the beaten track, or you simply want to avoid the touristy areas altogether? We feel you.

Sometimes, we just don’t want to be in a(nother) city when we take a holiday. Think pristine waters, untouched beaches, lush greenery, and the list goes on. In Malaysia, there are actually many islands and underrated attractions that are like that – all waiting to be discovered, as long as you are willing to take the trip.

From Cameron Highlands, Pangkor Laut Island Resort to The Perhentian Islands, here are 8 Most Underrated Getaways in Malaysia every traveller should add to his/her bucket list. Malaysia’s Cameron Highlands is a scenic paradise. Its high altitude has blessed the district with a cool climate, mostly under 20 degree Celsius – hence providing Malaysians and other travellers a quick escapade from Southeast Asia’s unbearable heat.

Spanning across 712 square kilometers, the tranquil area is characterized by extensive tea plantations and lush greenery. The Strawberry Farm has to be in your itinerary too. 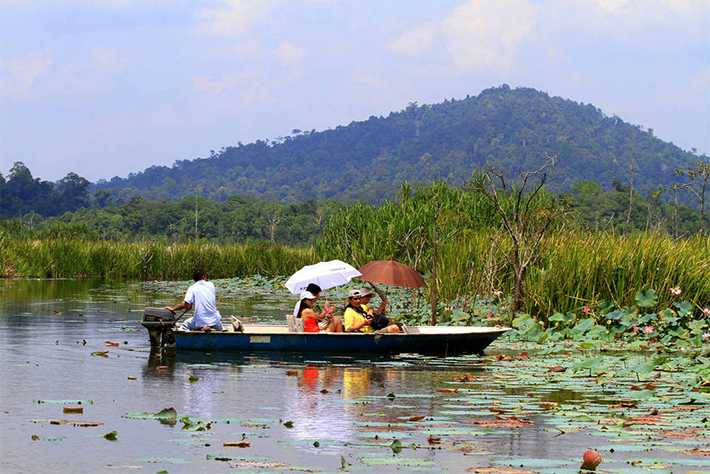 Malaysia’s second largest natural freshwater lake, Chini Lake, comprises 13 unique water bodies and these waters are home to a few hundred species of flora and fauna. The lake is located near Pahang River and is best visited during August and September when thousands of pink and white water lilies emerge. 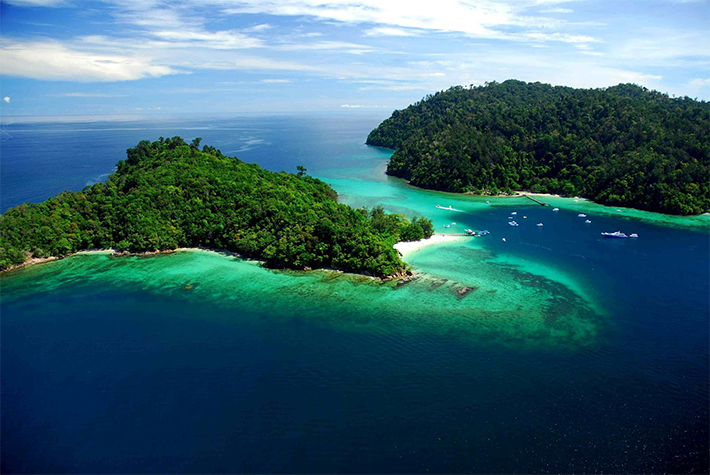 Perched high above the grounds and nestled in lush tropical forests, Gaya Island Resort is the ultimate retreat for all tired souls and adventure seekers alike. Partake in thrilling water sports or simply immerse yourselves in nature. The stunning island is only a 10-minute boat ride away from Kota Kinabalu, Sabah. 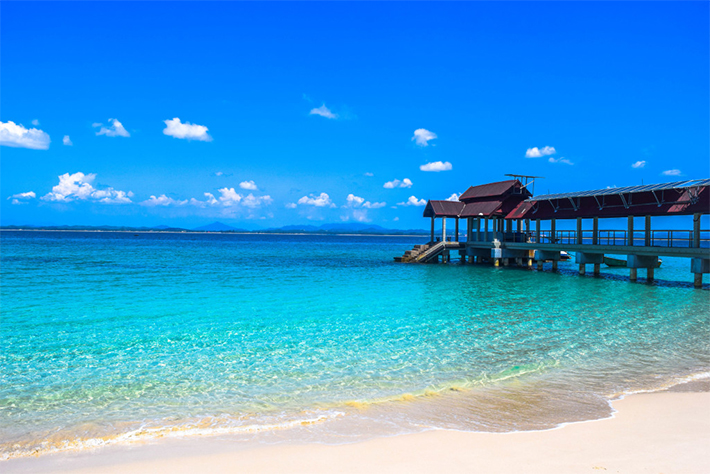 Source: Jones Around The World

Disconnect to connect; that’s the essence of a holiday. Consider Kapas Island aka Pulau Kapas, a tiny island famous for their gorgeous white beaches and absence of ATMs. Measuring only two kilometers long and one kilometer wide, choice of accommodation is scarce but it is a great place to snorkel, sunbathe and dive. 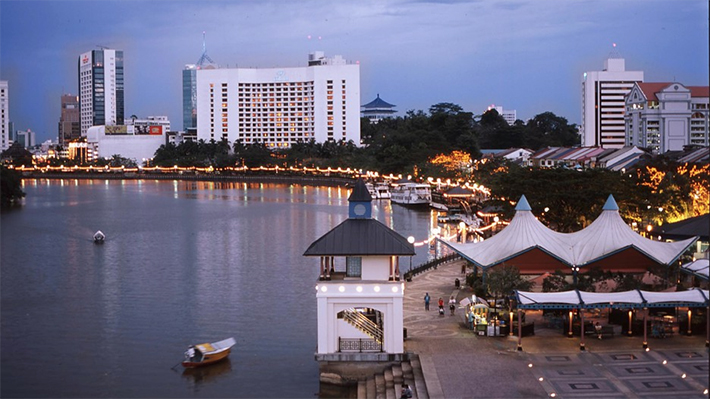 Kuching is a far cry from its sister cities such as Kuala Lumpur and Penang, but certainly does not pale in comparison. The capital of Malaysian state of Sarawak on Borneo boasts an eclectic mix of colonial landmarks and modern buildings. Do drop by the century-old Sarawak Museum and Chinese History Museum. 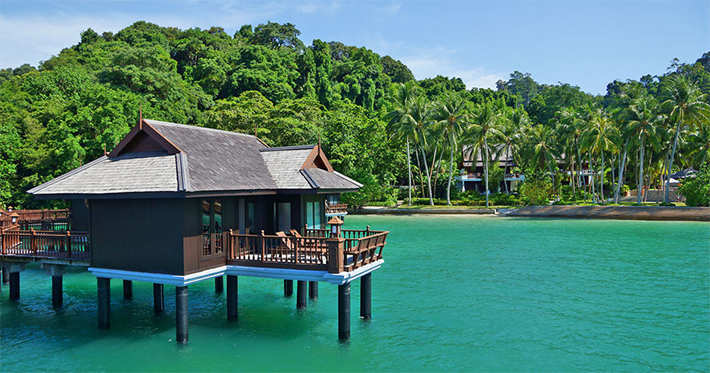 Pangkor Laut Island can be found three kilometers along Malaysia’s West Coast. Conde Nast Traveller has coined the private island resort as ‘Number One in The World. Join an island excursion, indulge in a spa retreat or dine at the world-famous Emerald Bay. 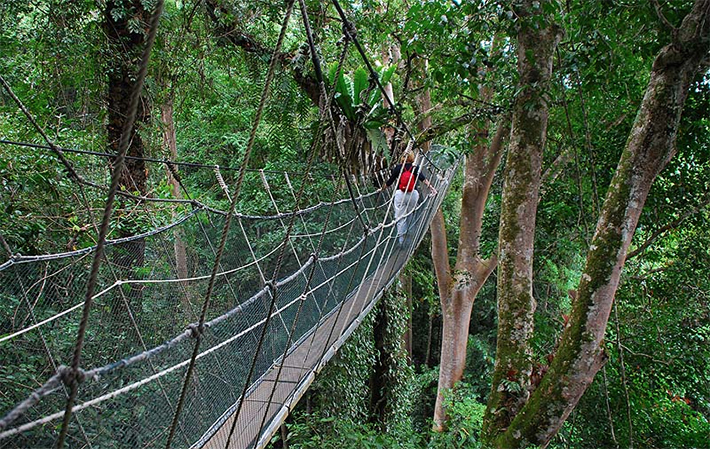 Situated 25 miles away from UNESCO World Heritage listed Kinabalu Park’s headquarters is Poring Hot Springs, a natural hot spring attraction open daily from 7am to 6pm. Check out the Poring Canopy Walkway and Rafflesia Flower Site while you are at it. Do also remember to bring along slippers, towel and swimwear etc. 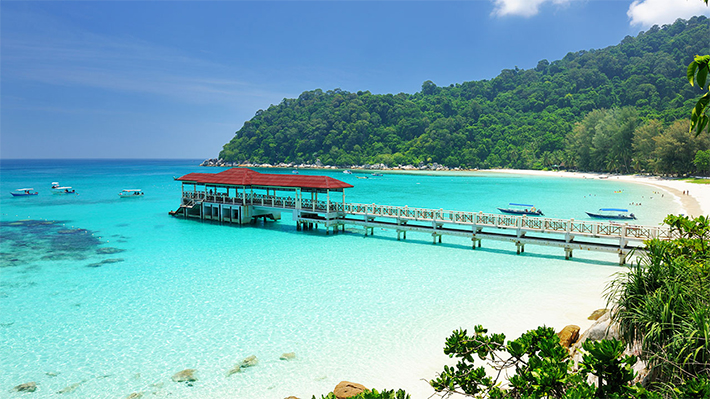 The Perhentian Islands is a group of atolls in West Malaysia’s northeastern coast. Glistening turquoise waters, spellbindingly beautiful sunsets and whatnot; these should be enough to tempt. Most of these islets remain largely untouched and holidaymakers can expect an unrivalled pristine experience. Unwind in serenity or join the other scuba divers.