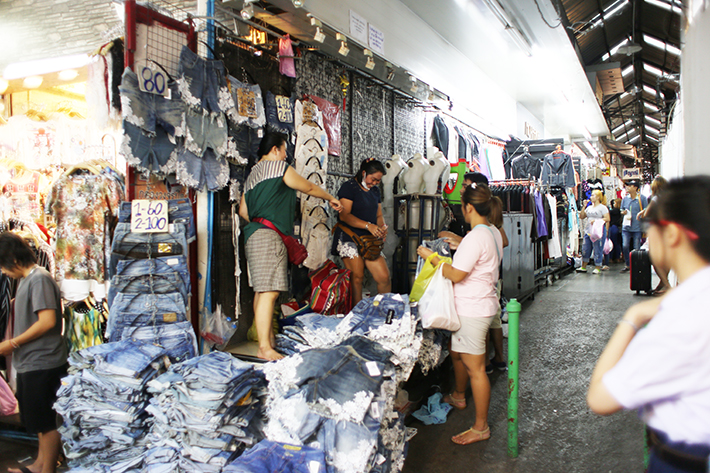 It is no secret that Singaporeans love visiting the capital of Thailand for its glorious street food and of course, their awesome retail therapy destinations. We are certain that pretty much everyone has visited Bangkok’s Pratunam Market – a vibrant open-air bazaar renowned for the sale of fashion accessories and garments at cheap, wholesale prices.

However, the iconic Pratunam Market that most shoppers are familiar with will soon be undergoing a major change. According to Bangkok Metropolitan Administration, 112 of the market’s outdoor vendors would be evicted by 08 March 2016 and subsequently, more stalls will be asked to relocate. This massive shift is necessary to facilitate pedestrian flow.

Pratunam Market’s impending loss of hundreds of vendors is definitely not a subtle change. Will the bazaar remain the same as it was before?

Located at the intersection of Ratchaprop Road and Petchburi Road, the Pratunam Market’s rise in popularity over the years had the marketplace sprawling way beyond its designated area.

Hundreds of illegal tenants sprouting across unintended footpaths have made the area congested and dangerous; an outbreak of fire could lead to dire consequences.

Additionally, the roadside stalls have been stretching so far and wide that it has too affected the mobility of pedestrians. Like it or not, it is actually imperative for the government to step in and implement some changes.

While the ruling has unsurprisingly enraged many customers and vendors alike, it is important that the clean-up act continues for the greater good.

With effect from Tuesday, 08 March 2016, vendors are prohibited to operate outside of the appointed district. Similarly, no new permits would be issued to new stallholders. In other words, this means that only those with their permits are allowed to resume their businesses as per normal.

While Pratunam Market is not shutting down, a significant part of the wholesale market would ultimately vanish – will the market remain the same? Will it still be as bustling and fun? Will shoppers still make that a priority for their shopping escapades in Bangkok?

Probably not. However, the evicted stalls are given three alternative locations to relocate to – namely Bangkapi market, Tha Din Daeng Market and Soi Phetchaburi 29. Perhaps, that’s where you can head to next.

My Thai local friend went over today to check and confirm with the vendor that they never ask to close down. They still open today. Can you show us the link of Bangkok government announce it?

@Samantha Hello Samantha, that’s strange. You can refer to these links for more information – http://www.matichon.co.th/news/54996 and http://www.bangkokpost.com/news/general/882128/first-group-of-pratunam-vendors-told-to-move-by-march-8