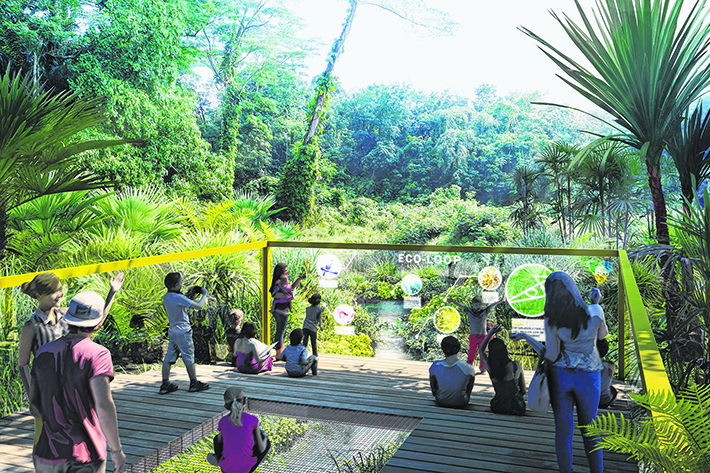 The 24-km long Rail Corridor will actually cut through the entire tiny but mighty Singapore, with 122 public access points throughout the massive space. The large-scale project aims to be more than just an elevated park, with an ambitious goal of seamlessly integrating the nation’s communities like never before.

The complex task is led by Japanese architecture firm Nikken Sekkei, whom would be working with reputable companies Arup Singapore and Tierra Design.

With eight special activity nodes designated in the grand plan, Rail Corridor would be more than just an “attraction”.

It intends to integrate itself into the daily lives of locals, where one could immerse in leisure, dining and even sporting activities etc in relaxed environments. Urban farms, fishing ponds and cycling paths are only the tip of the iceberg. How exciting!

Rail Corridor is certainly not all about building new infrastructure. Instead, the park wishes to restore life back into outdated landmarks and reintroduce them to the local community. Singapore’s age-old sites such as the heritage building Tanjong Pagar Railway Station and Bukit Timah’s iconic steel truss bridge would too be included in this gigantic communal area. Green is one of the key components of Rail Corridor and one can anticipate an abundance of lush greenery.

It has been said that a forest walk and an observation tower would be built at the former Bukit Timah Fire Station, where it will boast 360-degree views of the Bukit Timah Nature Reserve. That is not all. A firefly garden and other nature walkways await!

There are bound to be pros and cons in every upcoming development and many citizens have expressed their concerns on whether the ‘resurrection’ of historical monuments would actually result in the loss of its rustic charm. While the debate is still ongoing, we cannot deny that this huge movement will mark yet another significant milestone in Singapore’s advancement.

The A-team has been painstakingly collecting feedbacks from the public and details of the finalised project would be further moulded to meet the general audience’s expectations.

The official launch date of Rail Corridor is unconfirmed, but we look forward to embrace the integrated green public space, which would hopefully reap the same success as Manhattan’s.

With the Rail Corridor set to be developed, one should not pass up the opportunity to see and photograph it in all of its natural glory, before it loses its identity and its atmosphere. Here are 10 uncharted nature trails in Singapore – explore the unexplored.