When in Korea, do as the Koreans do. Plenty of tourists traverse the dazzling urban cityscapes that Seoul has to offer. However, a great deal of adventure lies beyond the nation’s capital, and within the rustic and beautiful countrysides of South Korea. Here are 3 adventures that you must experience in Korea.

Climb a mountain in South Korea’s most beautiful park

Korea is a country filled with mountains – almost 70% of land mass is covered by hilly terrain. There are a total of 20 national parks in South Korea, so there are plenty of mountains for you to choose from. People climb these massive mountains even in South Korea’s chilly winters, and the beautiful landscapes are absolutely worth the effort. Seoraksan (or Mount Seorak) is considered by many to be one of the most picturesque mountain reserves in South Korea, and it happens to also be the third highest peak in South Korea. The reserve can be reached by a short 3-hour bus journey from Seoul, and is located near the sleepy town of Sokcho, in the nation’s Gangwon province.

Seoraksan National Park is not only famous for its magnificent views, but also for its religious and cultural landmarks. You will discover plenty of Buddhist statues and temples scattered along your journey from the mountain’s base to its peak. 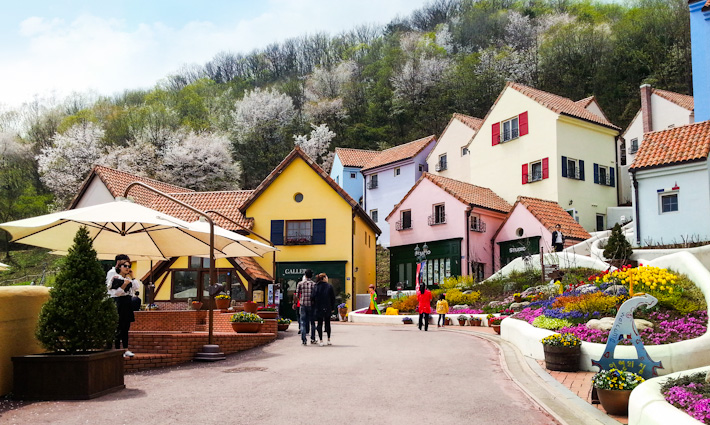 A taste of France, in Korea

If you are a fan of the famous children’s storybook Le Petit Prince (The Little Prince), then this is one place you will need to visit when you are in South Korea. Petite France, as its name implies, is a miniature French village and themed park, constructed in tribute to the classic French tale. Here you will find charming little French-style villas, within which houses museums, art galleries, and even a marionette puppet theatre. This park was also the shooting location for Korean dramas (Beethoven’s Virus) and variety programmes (Running Man).

Take some time to explore the village, and appreciate the French architecture and beautifully manicured shrubbery. Then make your way to any one of the bistros or cafes for a meal – make sure to snag an alfresco seat to enjoy the gorgeous views of the rivers and hills surrounding Petite France. The entrance fee is 8,000 KRW for adults; 6,000 KRW for youths; and 4,000 KRW for children. 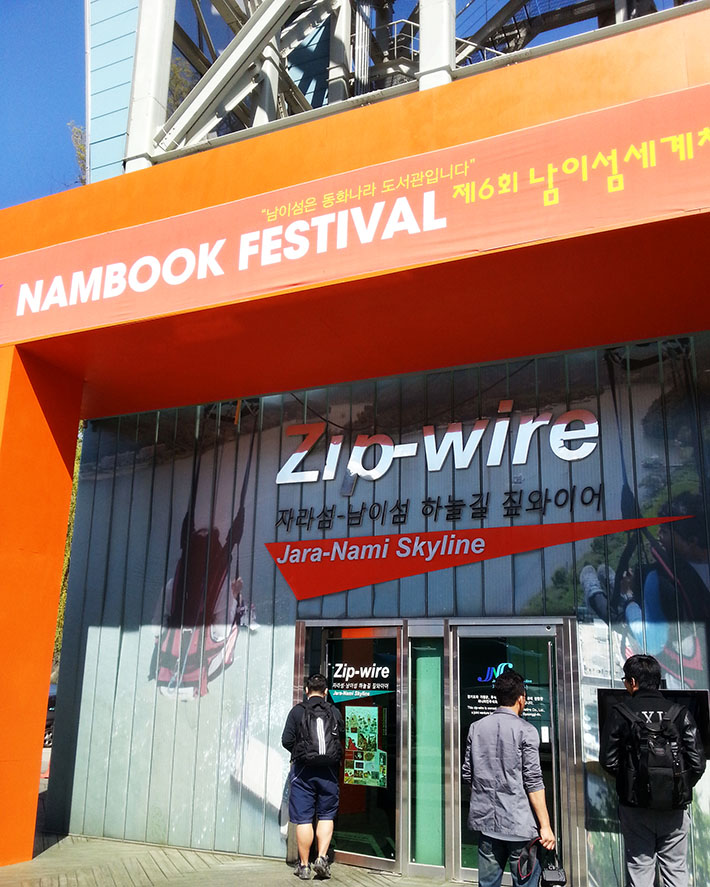 Ride a zipline to Nami Island

Most people would take the ferry to Nami Island (Naminara). For the raging adventurer, however, there is a much more thrilling mode of passage to the little island. Ditch the conventional boat ride, and ride the Nami Skyline Zipwire (38,000 KRW) instead! The cable ride spans almost a kilometre in length and lasts for a good minute and a half, promising scenic aerial views of the Gapyeong waters and Nami Island itself.

You start your ride from the top of the Nami Zipline Tower, which is more than 24 storeys above the ground. You will zoom across the Han river, taking in panoramic views of the beautiful countryside. The ride ends as you glide into the lush Nami forests, where another adventure in Nami Island begins.

About the writer
Cherylene is an adrenaline junkie, with a thirst for travel and adventure. She bungee jumps, scuba dives, and hunts for the world’s most insane rollercoasters. Check out her adventures on her travel blog wandersugar, and follow her on Facebook and Instagram.

Hi there, I would like to check with you … is there any website that do reservation or online purchase ticket for the zipline to nami island? Or they only sell the ticket on the spot… pls advise … thank you