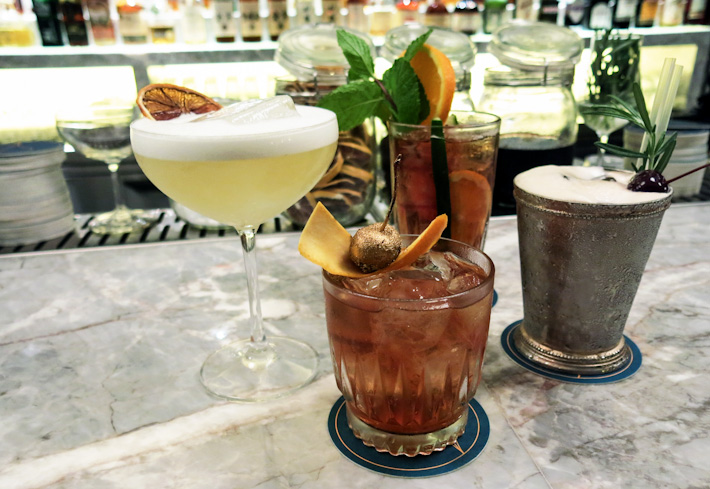 Feverishly sprouting up around the island are cocktails bars dotting the nightlife scene. But what’s hot and what’s not? Thanks to 28 Hong Kong Street (who have done Singapore proud) by bagging the #10 position in World’s 50 Best Bars 2013, new entry bars now have a new benchmark.

Here’s our pick of five hot new bars in Singapore that up the ante. A cozy alcove hidden atop level two of an old shophouse, one might easily mistake the storefront board as a real cold drinks stall—the kind you find at a hawker. Traipse up to the bar on level two and you will be greeted by ‘Ah Sam’ himself. Formerly of Jigger & Pony, owner-bartender Samuel Wong helms the bar with a menu driven by classics such as Old Fashioned, Sidecar, and Old Pal (all S$20). 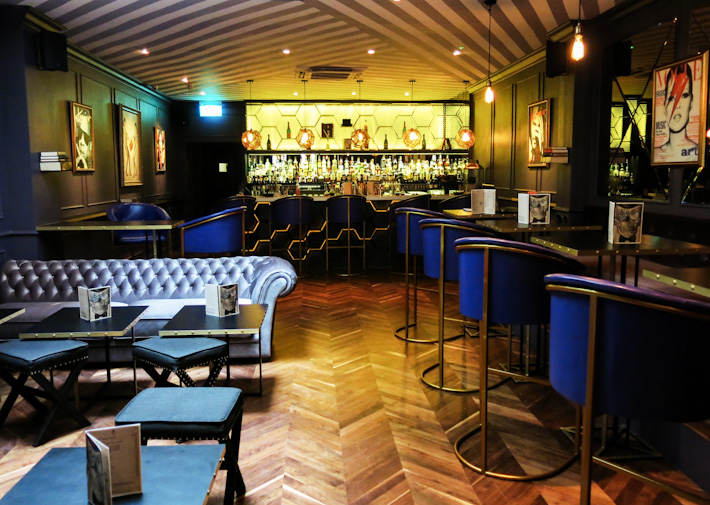 Resurrecting the roaring twenties with spot-on art deco and killer drinks, House of Dandy exudes a Gatsby-esque feel that envelopes you the minute you waltz through the navy blue French doors emblazed with cubic designs in matt gold. Fashioned after “old gentlemen’s clubs at the turn of the century”, this 60-seater bar embodies an 1800s concept of aristocratic hedonism—temple to dandies and dandizettes. 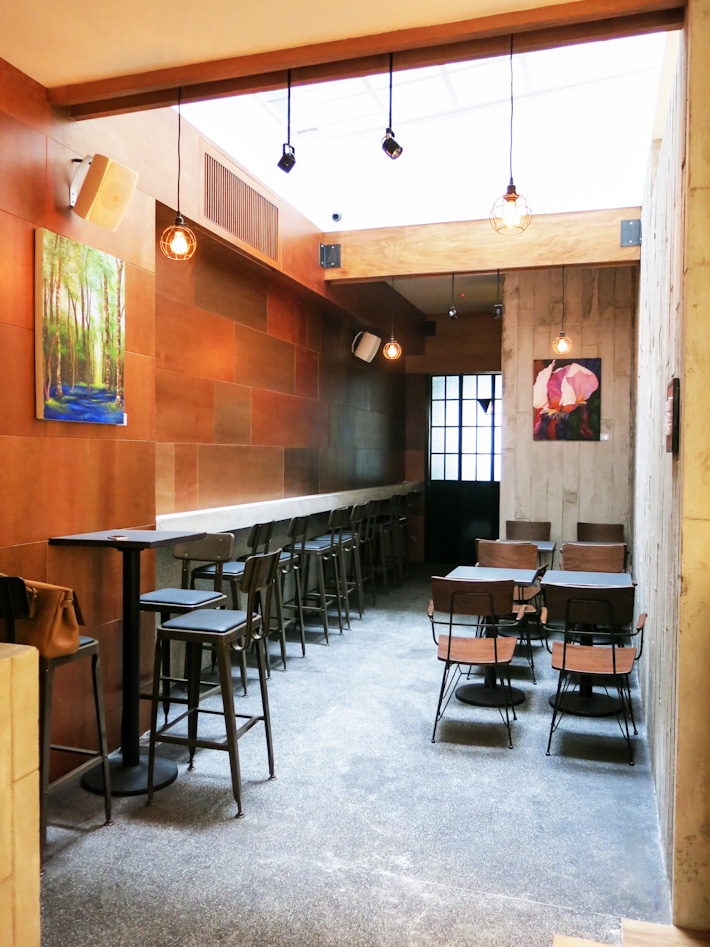 Named after the novella Strange Case of Dr. Jekyll and Mr. Hyde, Jekyll & Hyde showcases an apt ‘split-personality’ with second outlet of nail parlor Manicurious (in a private corner of the front half of the space) and a 30-seater mixology bar headed by Jeff Ho, formerly of Bar Stories. A honcho at bespoke tipples, Ho leaves ups the ante with concoctions like Strawberry Manhattan (S$25) with a base of Rittenhouse straight rye whiskey for that dry and earthy mouthfeel, mixed into strawberry crème de fraise, angostura bitters and a zest of orange for a bittersweet aftertaste, with hints of strawberries.

If you fancy something a little stronger, we reckon the Tequila Old Fashioned (S$25) should do the trick. Reposado tequila, chocolate bitters, angostura bitters and a pinch of orange zest makes for the perfect post-work tipple. Allow the ice to melt for more complex flavors to blossom from this smooth and oaky tequila concoction. Bespoke cocktails are also available on request and start from S$18. 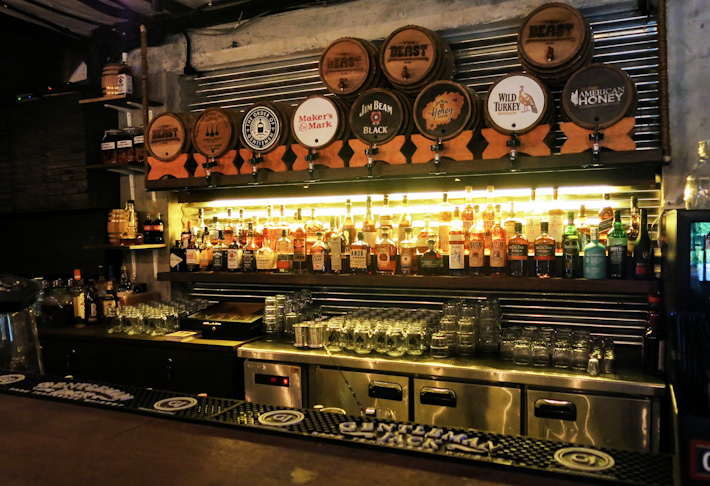 Bourbon aficionados will rejoice at the establishment of Singapore’s first and only bourbon bar, The Beast, replete with over 30 kinds of bourbon whiskey. In addition to bourbon tapped from imported oak barrels and homemade liqueurs like their own version of Southern Comfort used in the house cocktails, this three-storey bar also boasts a barrel-aging program where classic cocktails such as the Manhatten and Negroni are barrel-aged for four to six weeks.

And if that is not reason enough to hole one up in this industrialized barn of a den, rare pre-prohibition labels also line the shelves—think Very Special Old Fitzgerald 12 Years (S$14), Old Grand-dad Bourbon (S$13) and our personal favorite, Willet Single Barrel (S$15) with a complex layering of wheat and rye with finishing notes of malted caramel. If straight up isn’t your style, opt for house cocktails like Mama June’s Sweet Tea (S$18)—a sweet and metallic cocktail of Luxardo Albicocca apricot brandy, fine sugar, mint leaves and the house-made Southern Comfort. 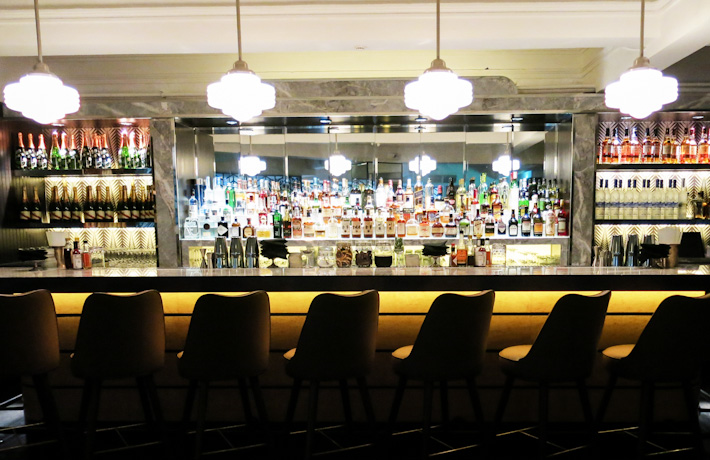 Drawing one into the opulent world of Gatsby’s New York is The Powder Room, brought to you by Lo & Behold Group—the same crew who gave us party spots Loof and Tanjong Beach Club amongst others. Shimmy up to the mezzanine level of The Black Swan where the intimate 70-seater bar extends and be dazzled by the array of alcohol labels available. House signature cocktails (from $19) seem to be the drink of choice, with popular favorites like the Cecil Sour (S$19)—an original house blend whiskey of Monkey Shoulder blended three times with Glenfiddich 15 Years, Balvenie and Belvenie shaken with vanilla bean and egg white; a touch of angostura bitters, maple and mandarin zest, served with a piece of sea salt chocolate. Just thinking of it is making us drool.

Opened till 1am on weekdays makes this a perfect spot for post-work libations. Going in hand with the drinks are alcohol-induced munchies from the crostini and charcuterie menu (from $S14) like baked bone marrow with chili and kombu (S$18), or order up some freshly shucked oysters (from S$36 per half dozen) from the oyster bar.

About the writer
Mandy Lynn is a former I-S Magazine nightlife writer and current editor of Nookmag; her dining and nightlife features have been published in Appetite Asia and Catalog Magazine. For on-the-go food recommendations, follow her on Instagram and Facebook, or join her on a Gourmet Adventure.