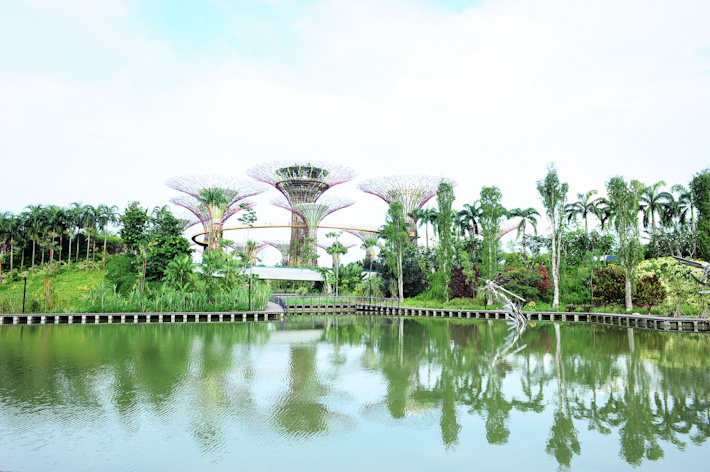 Singapore has always been known as a ‘Garden City’, and with the opening of Gardens by The Bay, it further strengthens and positions Singapore as a city in a garden. Some people have compared it to London’s Hyde Park and New York’s Central Park, and while the comparison is flattering, Gardens by The Bay is very much different and has its own character and X-factor.

Spanning 101 hectares, Gardens by The Bay is made up of three waterfront gardens – Bay South Garden, Bay East Garden and Bay Central Garden – and it houses over 250,000 rare plants. Alongside other main attractions like the Singapore Flyer, Marina Bay Sands, and the skyscrapers at the Marina Bay area, Gardens by The Bay has become an iconic part of the beautiful Singapore’s skyline. In years to come, I am sure it will become one of Singapore’s prominent national icons.

Gardens by The Bay also has a conservatory complex which comprises two cooled conservatories: the Flower Dome – the worlds largest columnless glasshouse – and the Cloud Forest. Entry admission to the two domes for local residents is S$20 per person, while the standard rate for all other visitors is S$28 per person. Besides the two domes, you can also take a walk on the OCBC Skywalk (S$5 admission fee), a 128-metre long walkway at the Supertree Grove with a height of 22-metres.

Another reason to visit Gardens by the Bay is to dine at the restaurants and eateries in the park. From fine dining restaurant such as Pollen by Jason Atherton – owner of Pollen Street Social in London – to popular local chains Canele Patisserie and Bakerzin, to casual eateries at Supertree Dining like Casa Verde, Peach Garden Noodle House, as well as the new open-air food court Satay by the Bay – it is a good excuse to visit Gardens by the Bay to have a meal, and take a long stroll after dinner. 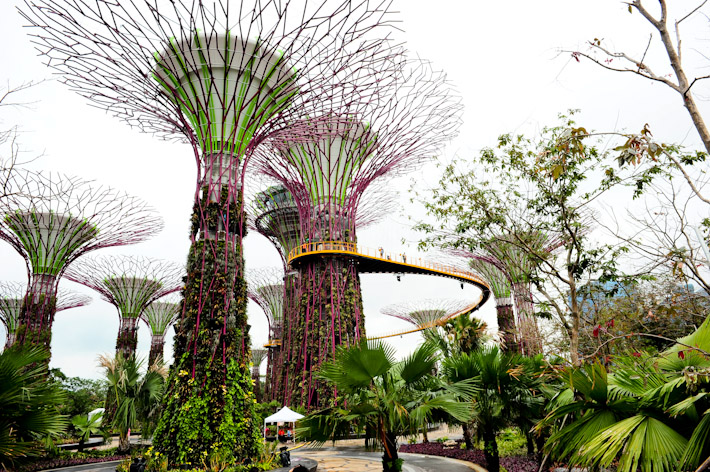 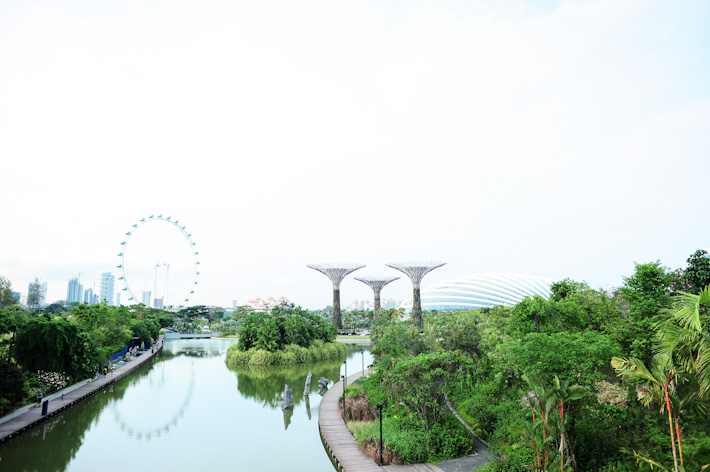 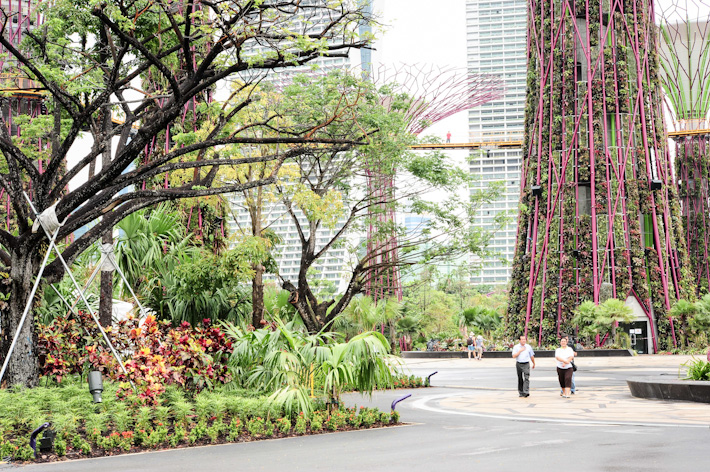 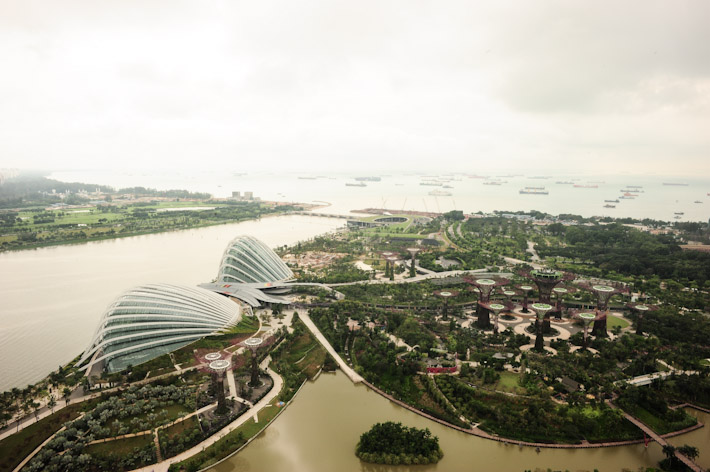 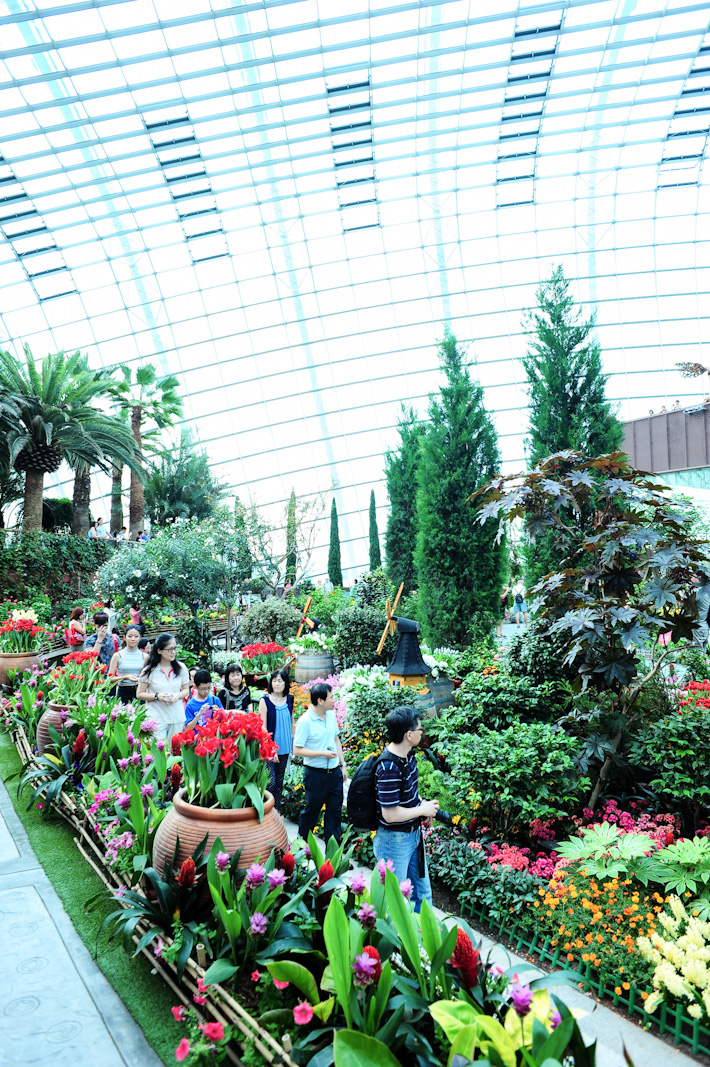 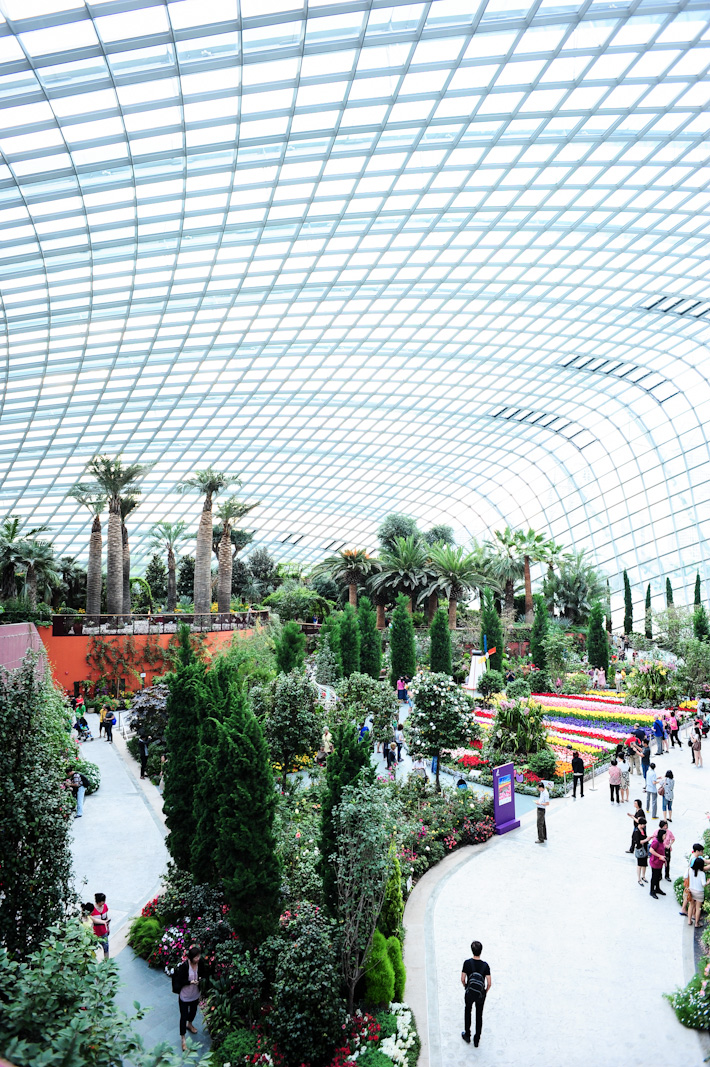 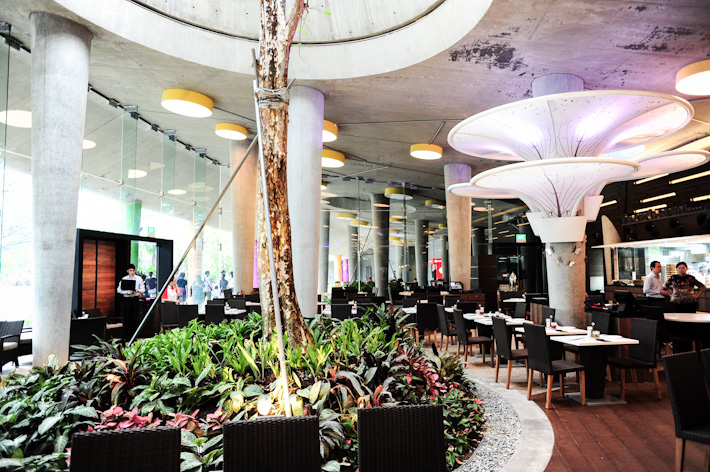 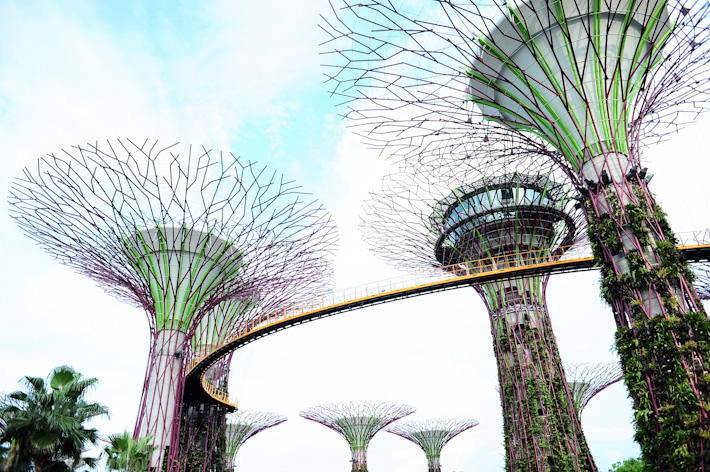