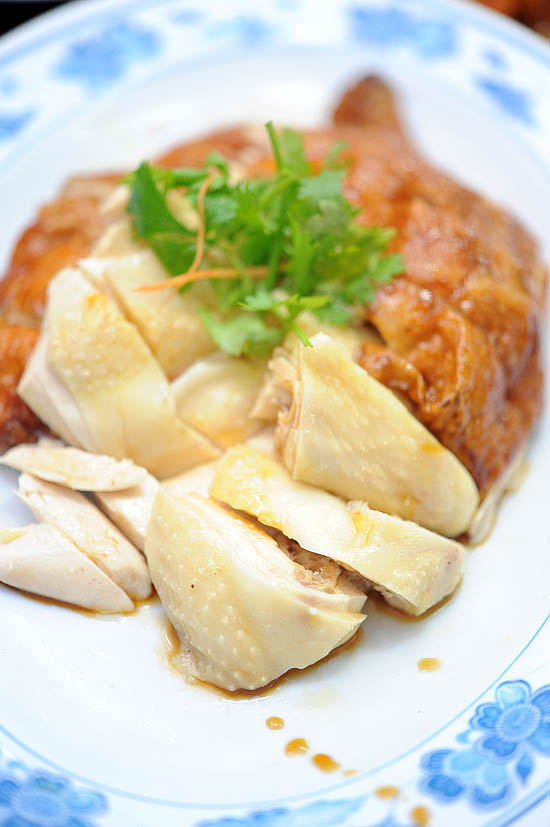 The grass is always greener on the other side. I think this is very true as my food adventures totally reflect this. Even though I stay just 10 minutes away from Bukit Timah, I tend to go further in search of good food in Singapore. Come to think of it, I have never really explore the stretch of restaurants at Cheong Chin Nam road (directly opposite Beauty World).

As I was walking along there last week, I realized that there’s actually quite a few eateries that open till late night, and they are now officially my prime-targets for supper. The chicken rice craving gave us the choice between Five Star Hainanese Chicken Rice and Boon Tong Kee since both of them are arguably famous chicken rice in Singapore.

There were mixed reactions on twitter when I asked which is the better chicken rice among the two, and we eventually went for Five Star since I had Boon Tong Kee chicken rice before.

Sinking your teeth into the Five Star Kampong chicken ($14 for half, and $28 for whole)… It was actually quite ordinary. But there’s this lingering after-taste which I found it hard to explain. As the teeth made contact with the chicken, it encountered first the roasted skin, then a layer of fat which disintegrated as your teeth moved on to the juicy chicken meat.

Was this the best chicken rice in Singapore? Probably not. Was it good enough? Yes. DO NOT ORDER the Hainanese Pork Chops ($7)! You have been warned. 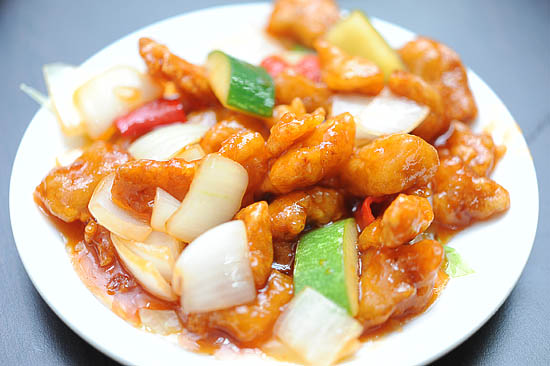 I LOVE Sweet and sour pork ($9). I can have it for dinner everyday and not get sick of it. After ordering half a chicken and the Hainanese pork chops, you would probably think that we won’t order any more meat. But I demanded to order the sweet and sour pork and it was surprisingly not too bad. Five Star Hainanese Chicken rice’s rendition of my favorite dish was definitely not the best, but it was actually much better than the usual ones that I had before. The meat retained the slightly crispy texture despite being drizzled with the sweet and sour sauce. Not too bad, not too bad at all. 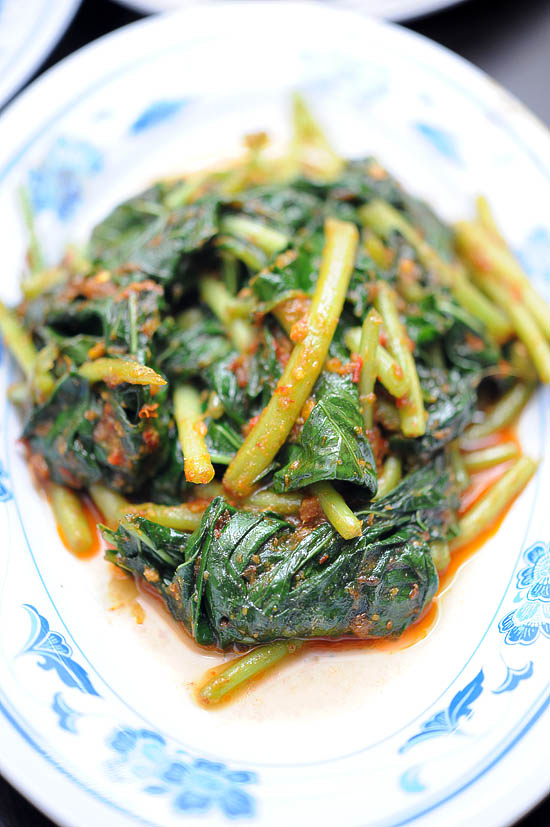 We can probably also classify Boon Tong Kee and Five Star Hainanese Chicken Rice under zi char stalls since both restaurants serve a good variety of Chinese food in the zi char style.

Have you tried both Boon Tong Kee and 5 Star Hainanese chicken rice before? Do share with us which one you preferred.

Five star for me! Plus, the rice there is a lot more fragrant to me than Boon Tong Kee’s.

Boon Tong Kee has good fried tofu though! Check it out the next time you go there.

Boon Tong Kee was a horrifying experience. Bought a drumstick rice and found that the skin is just too slick and the meat too soft to bite.

5 star does nothing for me.

i only been to 5 star at serangoon gardens where its doin very brisk biz both lunch and dinner .. the chicken is good but not the best … but the zhe char i do quite like … tho somewhat oily

but my fav chicken is still kampong chicken, either at upp thomson or at tiong bahru … its jus more tender and moist

Have you tried Nam Kee chicken rice at Upper Thomson road. The place is kinda old but the white chicken rice (and some of the side dishes), absolutely delectable.

yes, its next to mings pub …

its alrite for me … theres another nam kee, but called wee nam kee at novena, next to the bus stop too , i actually prefer that nam kee to the thomson one and its got zi char as well

Yewon: I tabao boon tong kee before, it was not too bad. But kind of expensive for a small packet of chicken rice

Bc: Okay! Boon tong kee’s fried toufu, got it

my taste heaven: i know right, i’m getting hungry looking at that photo

daphne: nan kee at upper thomson is different from wee nan kee at novena right? are they related or something?

Rice is nice, chicken is more than tender. (:

Boon Tong Kee is only worth it at the Balestier branch IMO, the quality at their branches are a far cry.

Tong Fong Fatt is pretty decent too, they also have a branch at Ghim Moh Food Centre. Ask for “ji wei” rou