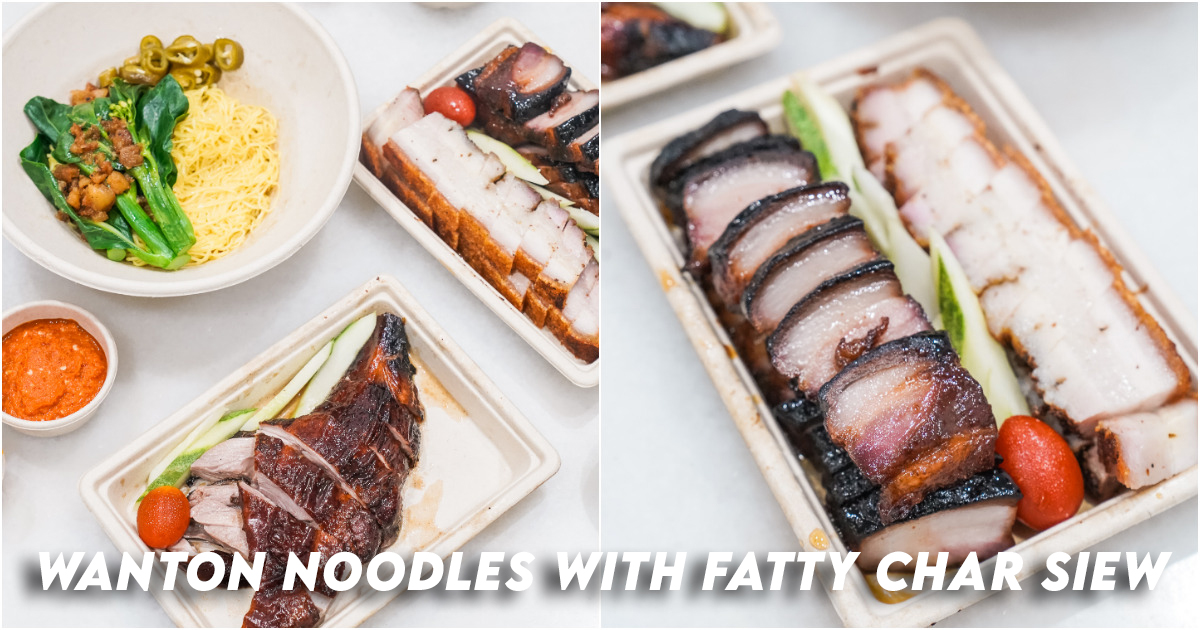 Laifabar is a noodle house that specialises in traditional wanton noodle, dumplings and roast meats. Chef-owner Royce Lee inherited the recipes by his grandmother, who used to be a hawker selling homemade taupok and wanton noodle back in the 1970s.

Known for its “Bu Jian Tian” Fatty char siew and wanton noodle, Laifabar first started and made a name for itself as a wine bar turned noodle house at Scarlet hotel in Ann Siang Hill. Then it moved to Lucky Plaza B1 Lucky Food Centre in December 2020 for a brief period before shifting to the current location at an industrial building in Bukit Batok in April 2021.

END_OF_DOCUMENT_TOKEN_TO_BE_REPLACED 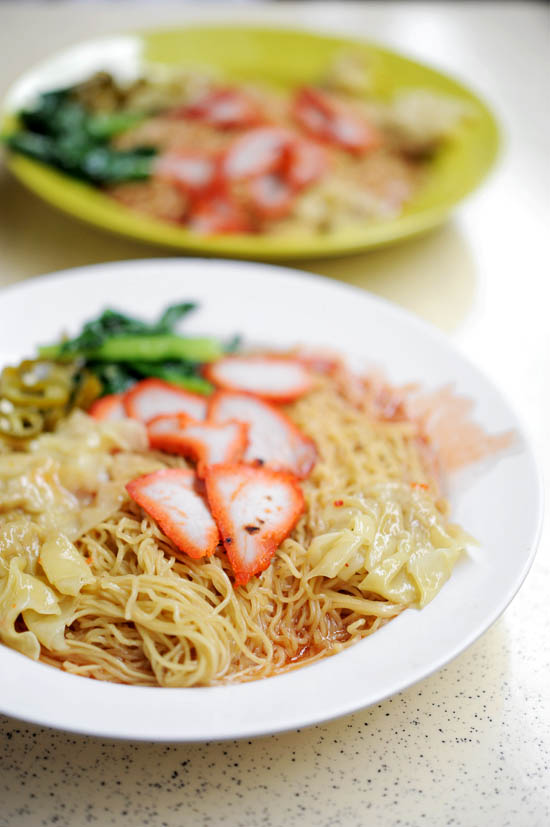 When it comes to breakfast, I prefer Wanton Noodles over fish-ball noodles or bak chor mee since I don’t really like fish-balls or minced meat. But who can resist the tender char siew and crunchy wanton dumpling? Especially Eng Kee Noodle House’s Wanton Mee.

END_OF_DOCUMENT_TOKEN_TO_BE_REPLACED

The third weekend already! Yay!! Anyway, last weekend did not book in on sunday night because on mon morning we went to Singapore Discovery Centre (SDC), so they allow us to report at SDC 745am instead of booking back to tekong on sun night. Shoik!! Went SDC to learn about Singapore history (which we already knew), boring time there but at least half a day goes by faster : )

This week for some unknown reasons, they let us book out on Friday morning 11am. Cool rite? Never imagine so good let us out one day early instead of booking out on Sat afternoon which is now? haha! Anyway, yesterday came back never do much, had been sick for the whole week, but being elected as platoon-in-charge (for a week), i hang on there and waited until a new platoon ic was elected on thu before i went to see the Medical officer (MO). MO gave me “Attend B” which means that i am excused from light duties for three days, gosh how i regret seeing the doctor, thu fri sat no exercise, people run i cannot run. So bored seating there doing nothing. O well, next time i make sure i got a fever before i see doc.

Saturday which is today, dad buy lunch back from Block 158 there, for people staying in Bukit Batok, should know/heard of this stall selling Hokkien Mee (Prawn Noodles) there, quite famous i guess, even people not staying in Bukit Batok had heard of its fame before. Having tried the Hokkien mee (HM) so many times for so many years already, i would say the HM is not bad la, but then not really the best i ever tried, the best HM i feel is at Whampoo Market there.

This stall uses Opeh leaf to keep the HM (for $3 and above), but then again does wrapping HM in Opeh leaf really improves the taste of HM? After eating so many times, i still do not have the conclusion, so the ball is in your court to judge. For a $3 packet, the serving isn’t very full, so sometimes we rather buy two packs of $2 for one person. The strength of this HM i will say is its chili, the chili is just nice, not too spicy not too sweet.

Being hungry man after coming back from Tekong, i had another helping, Wanton Mee (WM)! This stall that i’ll like to recommend is at the coffee shop behind the Hokkien Mee stall. “Discovered”this WM stall after my mother brought it once and found it was good, and the rest is history, ever since then when thinking of WM will definitly think of this stall. WM may be a common street food found practically in every Coffee shop and hawker centre in Singapore, but then really, to be able to declare as good WM, few stalls come into mind.

Let’s see, the essential items in WM, first: Great noodles, second: Quality Sauce, third: Excellent Char Siew, last: Fantastic Wanton. Basically some stalls may have good wanton or char siew, but their noodles taste like shit. So for me, i personally felt that so long the noodles is great and the rest are okay, the WM is good. For the sauce of the WM, different stalls varies with different type of sauce, but generally speaking there are two types, the clear and the dark-sauce. I do not like dark sauce for WM.

This stall actually fulfills my requirement, the wanton here is average, char siew not bad, but most importantly are its noodles. Their noodles are really good, once u take a bite you will know what i mean, you can feel that the stall owner really has skill in cooking the noodles one. Seriously just eating the noodles without any wanton or char siew is good n’uff for me. And you-know-what? The damage is only $2!! Where can u find such good Wanton Mee at two bucks nowadays?

I can’t remember the name of the stalls, but if you still don’t know, feel free to ask me, i can “direct” you there. lol. Going for dinner later at Seafood station, so stay tune for the post on crabs & gang : )