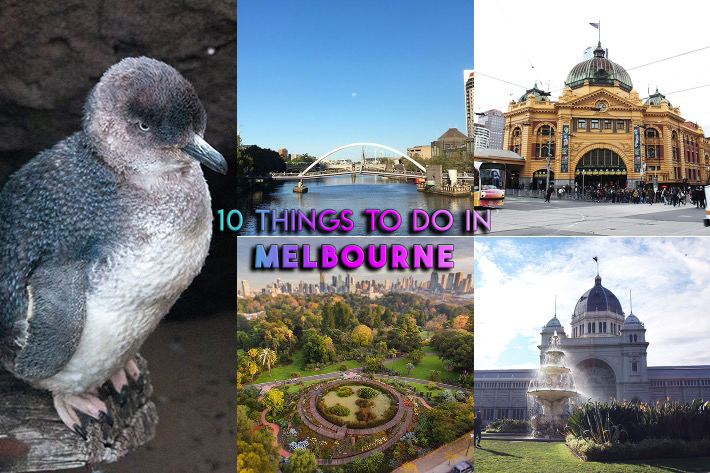 Melbourne is coastal capital of the state of Victoria, and it boasts a plethora of attractive sights and iconic landmarks. It is also one of the most liveable cities!

Head over to the Arts Precinct before relaxing by the vibrantly coloured flowers in the garden or have a romantic stroll and dinner by the Yarra River.

As Australia’s second most-populous urban metropolitan, the city of Melbourne is a dynamic and exciting city to explore that is filled with distinctive quirks for every visitor to explore. Here are 10 Things To Do And Places To Explore In Melbourne. 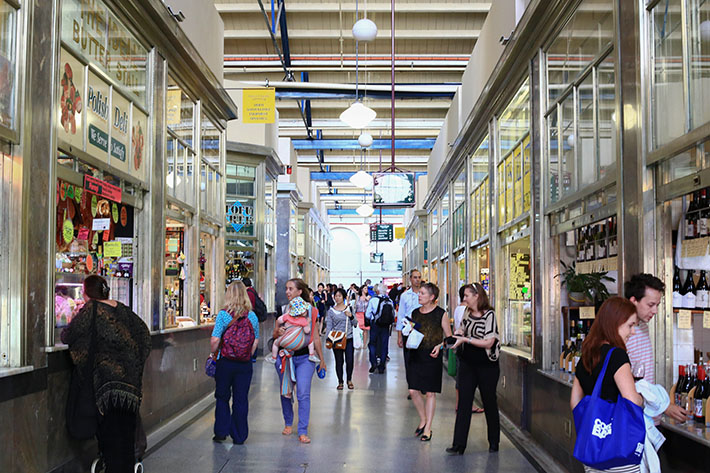 Start your day right in one of the world’s best coffee cities by heading over to the market early in the morning for a cup of coffee and some freshly baked goods. For lunch, consider ordering some freshly shucked oysters and gawk at the diversity of crustacean sold here.

Check out the incredibly cheap and juicy seasonal fruits and vegetables before purchasing some handmade soaps or scented candles.

During the Summer and Winter, Queen Victoria Market also holds weekly Night Markets on Wednesdays so do a quick check online before making your way down. #2 GET CULTURED AT THE STATE LIBRARY VICTORIA

The State Library Victoria has been standing tall with its majestic Victorian and neoclassical architecture since 1854 as Australia’s oldest public library.

The State Library Victoria is currently under redevelopment but the numerous exhibits and the La Trobe Reading Room that holds the magnificent domed ceiling are still open to the public.

Don’t miss out on your chance to gawk at the awe-inspiring interior of the library while taking in the serene atmosphere as students huddle over their notebooks. 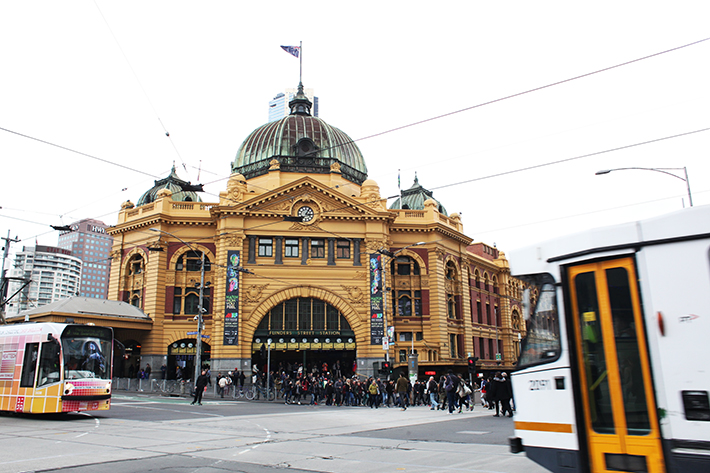 Flinders Street Railway Station’s main building was completed in 1909 and is a cultural landmark in Melbourne with its distinct dome and the row of clocks over the arched entrance. This station also serves the entire metropolitan rail network, making it Melbourne’s busiest train station and even Australia’s busiest railway station.

The station is also accountable for two of Melbourne’s busiest pedestrian crossings. Cross over one of them to visit Federation Square; where arts, culture and public events converge in metropolitan Melbourne.

The Australian Centre for the Moving Image (ACMI) is a must check out at Federation Square, particularly if you are a fan of film photography or simply interested in the history of video and photography. 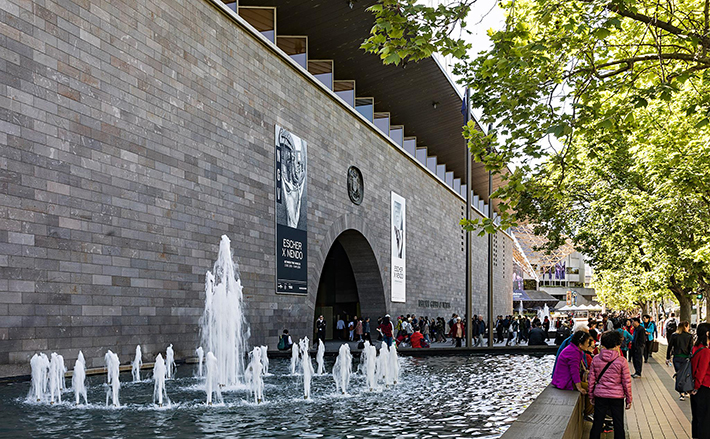 Founded in 1861, the National Gallery of Victoria is Australia’s oldest, largest and most visited art museum. Its main building situated on Southbank features an extensive collection of international and local artists’ artwork and exhibitions.

NGV boasts 70,000 works that span across thousands of years for visitors to admire and learn from, we could think of no better place to spend a relaxing day getting cultured. #5 TAKE A RELAXING STROLL ALONG THE YARRA RIVER

The historically and culturally rich Yarra River stretches across the Royal Botanic Gardens and Melbourne CBD area. Have a romantic dinner right by the Yarra River at Southbank with the towering skyscrapers making for a magnificent urban skyline. 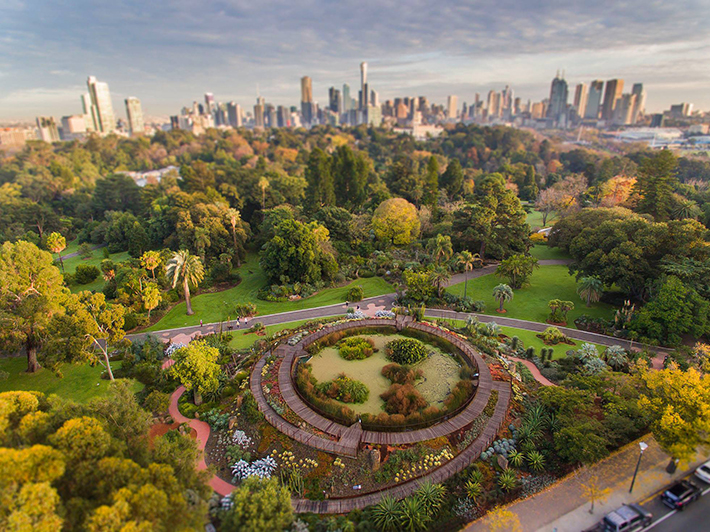 #6 HAVE A PICNIC AT ROYAL BOTANIC GARDENS VICTORIA

Situated on the South Side of the Yarra River, the Royal Botanic Gardens Victoria stretches across 36 hectares of space. Relax your eyes on the hulking trees, lush lawns and vibrantly coloured flowers while taking a stroll down the river and lakes.

Over the summer, there is also a romantic outdoor cinema that screens movies at night as well so you can watch your favourite films under the cover of the stars. 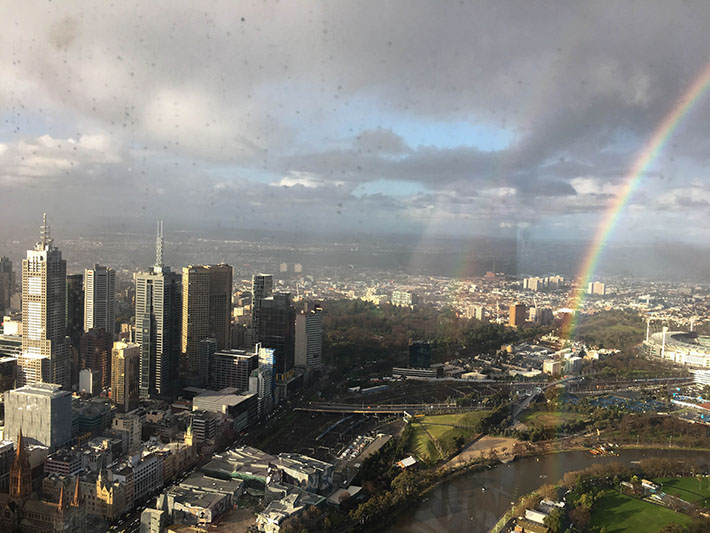 #7 VIEW ALL OF MELBOURNE AT EUREKA SKYDECK

One of the best ways to go sightseeing in Melbourne is to visit the very top of the Eureka Tower at Eureka Skydeck. As Australia’s second-tallest building, the Eureka Tower overlooks the city of Melbourne at a height of 297.3 metres!

The Eureka Skydeck is perched on the 88th floor of the building and provides a bird’s eye view of the entire CBD area, and even beyond to the towns and mountains surrounding the city. You will get to see a panoramic view of Melbourne’s most iconic attractions and landmarks within just a number of steps. 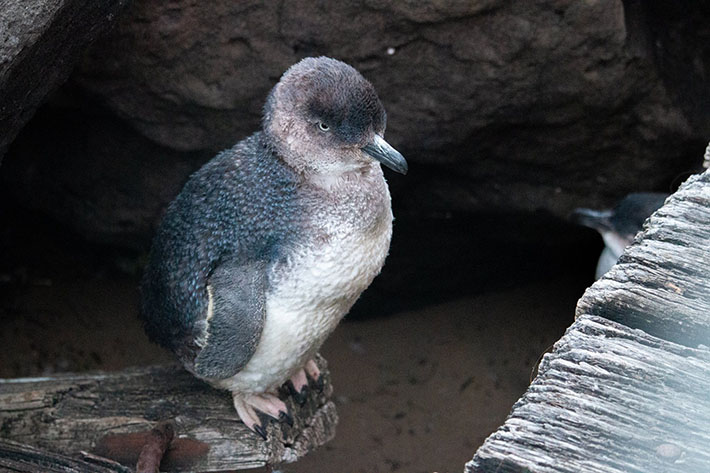 Located just south of Melbourne CBD is the city’s most famous beach, St Kilda Beach. Stretching across a length of 700 metres, this beach is typically the most packed around summer time where locals are out sunbathing and splashing around in the water.

Grab a box of fish and chips or make your way down to any one of the numerous cafes surrounding the beach. Do not miss out on the chance to spot fairy penguins at the pier as well! The best time to spot them is after sunset where the penguins come back to shore after a day of hunting for fish, so grab a good viewing spot before the crowd comes in. 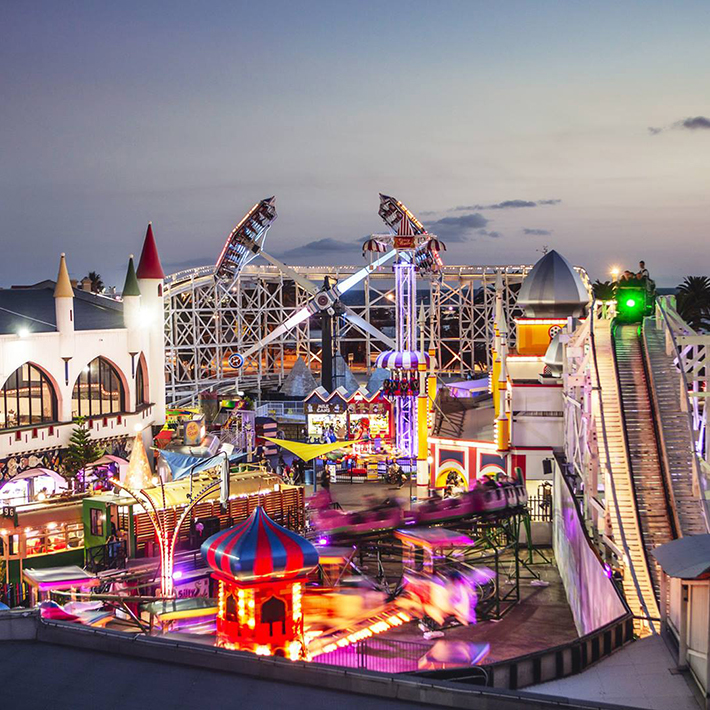 Located right by St Kilda beach, Luna Park Melbourne is a historic amusement park with thrilling rides and tasty food for the whole family to have an enjoyable time together. The amusement park is only open on weekends and public holidays, so it might get crowded but do not let that deter you!

From vintage and classic rides to more exciting and adventurous ones, there are rides for both the children and adults at the park, making for a perfect family-friendly day out. 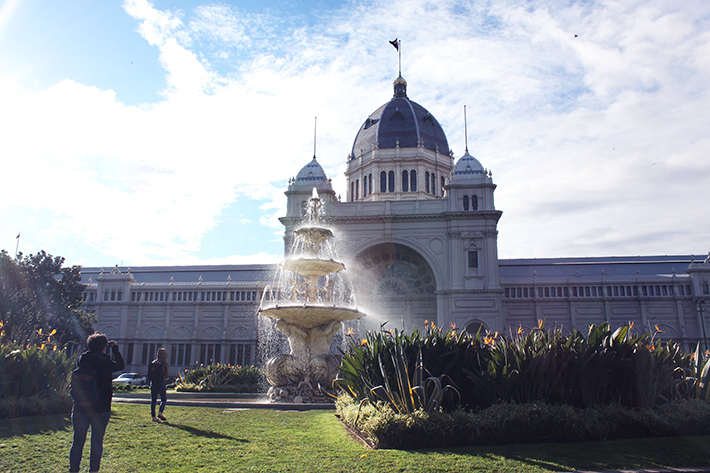 The construction of the Royal Exhibition Building completed in 1880 and has proudly withstood the test of time. It was host to the opening of the first Parliament of Australia in 1901 and is one of the few remaining major 19th-century exhibition buildings in the world.