Nestled in the quiet Hannam neighbourhood in Seoul, &gather Cafe has since been seeing throngs of BTS fans visit their premises for the sole reason of trying the drinks made by the boys during an episode of their VLive variety show, Run BTS.

As huge BTS fans ourselves, we knew this was the perfect opportunity to get our morning fix and start off our day right.

The walk to &gather Cafe from Hannam Station was no more than a five-minute walk and when we arrived, we were immediately greeted by the signature drinks menu which had an attached photo of BTS during their time at the cafe. 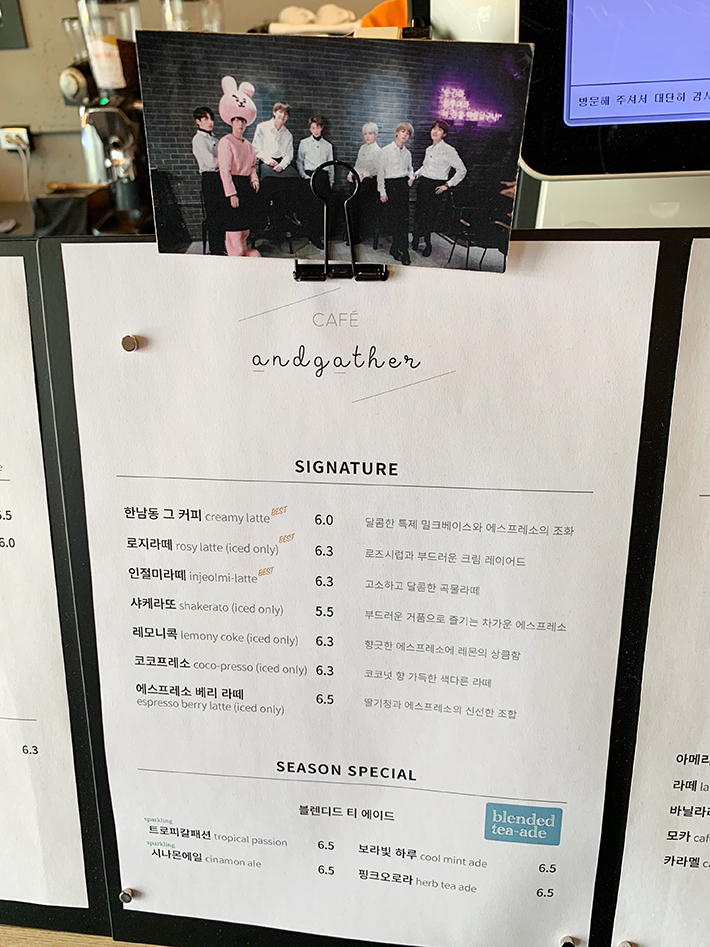 Once brewed by Jimin, the Hot Creamy Latte tasted velvety smooth which we felt was aided by the milk which was used for the coffee.

Instead of the typical milk from a carton, the milk used was mixed together with whipped cream and sugar syrup, which created a sweet and creamy aftertaste. Fans of all things coconut and J-Hope would thoroughly enjoy the Iced Coco-Presso which is essentially a cup of coconut coffee.

Instead of using ready-made coconut milk, &gather Cafe uses coconut powder which is mixed in with steamed milk. The result is a sweet and creamy beverage with just a hint of coconut that wasn’t too overpowering.

The Iced Lemony Coke or known by fans as Suga’s Cafe Lemoni, was an interesting concoction that surprised us in terms of taste.

Made using lemon syrup, a slice of lemon, a can of sprite and two shots of espresso, the drink was a burst of flavours that was both sweet and sour. Contrary to beliefs that the acidity in the lemon could react badly with the coffee’s acidity, we felt that the lemon helped cut the sharpness of the espresso instead. 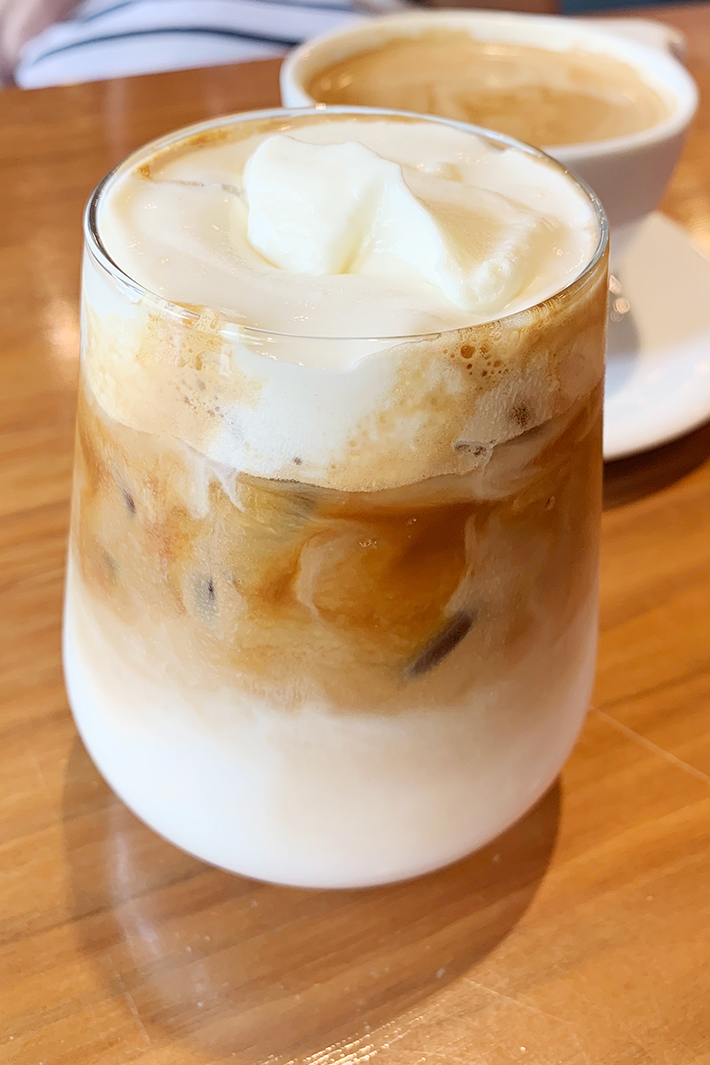 Our favourite out of the four drinks that we ordered was the Iced Rosy Latte made famous by Jin. The drink is made with a combination of rose syrup and espresso before it is finished with a dollop of cream on top.

As rose syrup does have a potential to overshadow the other flavours it’s mixed in with, we were impressed with the rose taste coming in as a complementary flavour to the coffee. We do suggest that you mix the cream in together with the entire drink as it gives a more balanced aftertaste that’s rounded off with the hint of floral aroma.

Though we didn’t have any more liquid capacity to try the other three drinks that were made by V, Jungkook and RM, this just means that we have a valid reason to return to &gather Cafe on our next trip back to Seoul! For more recommendations, read our Seoul’s guides to discover the best places in the city.