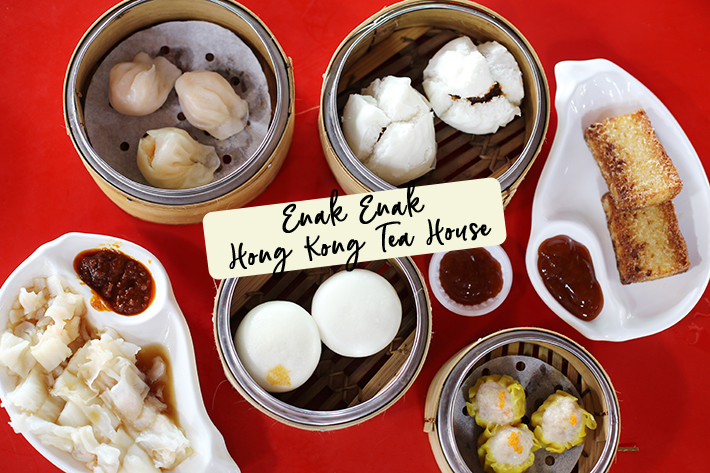 While Dim Sum may be a traditional staple that you would find all around Hong Kong, it is not a form of cuisine that we are short of in Singapore. 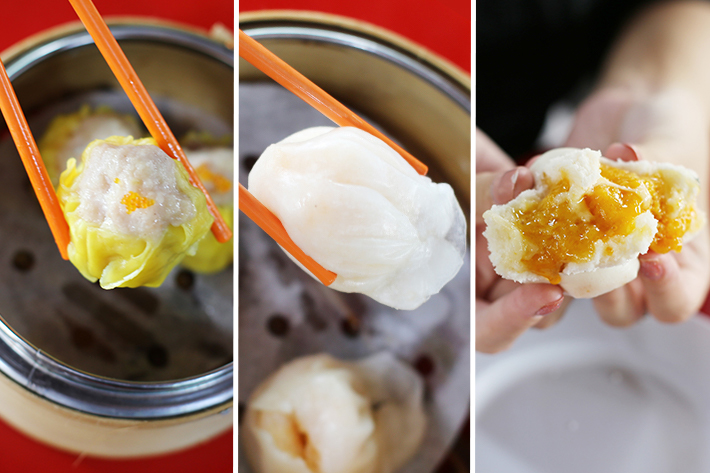 Though it did look larger than usual, the Siew Mai had a generous amount of meat filling which was nicely wrapped in the wonton skin that was reminiscent of its original counterpart. While it tasted good on its own, the dipping sauce definitely made it tastier.

The Har Kow, unfortunately, didn’t impress us as much as we thought it would. Although the filling inside was good, the skin was much too thick, adding an overall starchiness to the dumpling.

We were quite disappointed with the Steamed Golden Sand Bun as well. While the salted egg yolk custard lava did present an enticing sight, the taste wasn’t as satisfying. Instead of the savoury gooey filling, we tasted a sweeter and slightly grainy custard which made the buns an overall letdown. 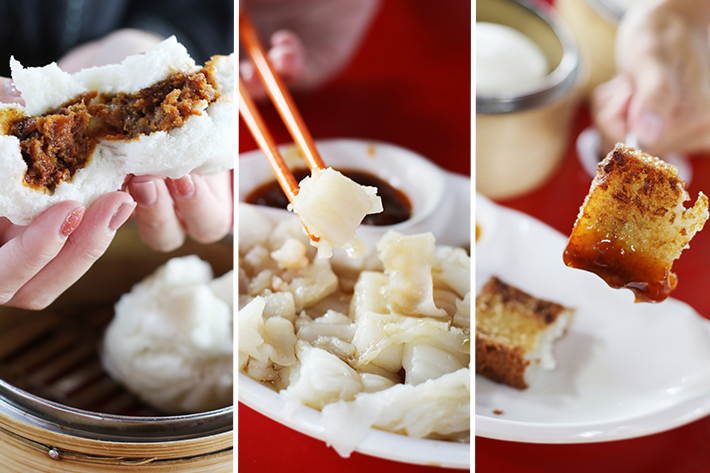 Perhaps our least favourite dish of the lot, the Steamed Rice Roll with Shrimps fell flat in terms of taste. Not only did the rice roll taste bland and break apart easily, the dish didn’t seem to have much shrimp.

We tried to add a little bit of flavour to alleviate the blandness with the chilli, but it only offered a slight improvement.

Despite the hits and misses, we felt that the saving grace of the entire meal was the Pan Fried Carrot Cake. Unlike the traditional ones that you might have seen, their carrot cake had a crispy golden outer layer which complemented the soft and chewy texture within. 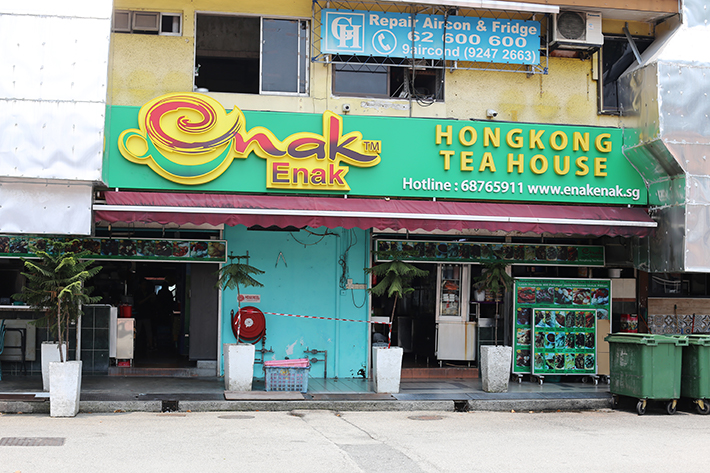 While the dim sum here didn’t exactly appeal to us, Enak Enak Hong Kong Tea House kept its dim sum prices affordably and they are open until late.