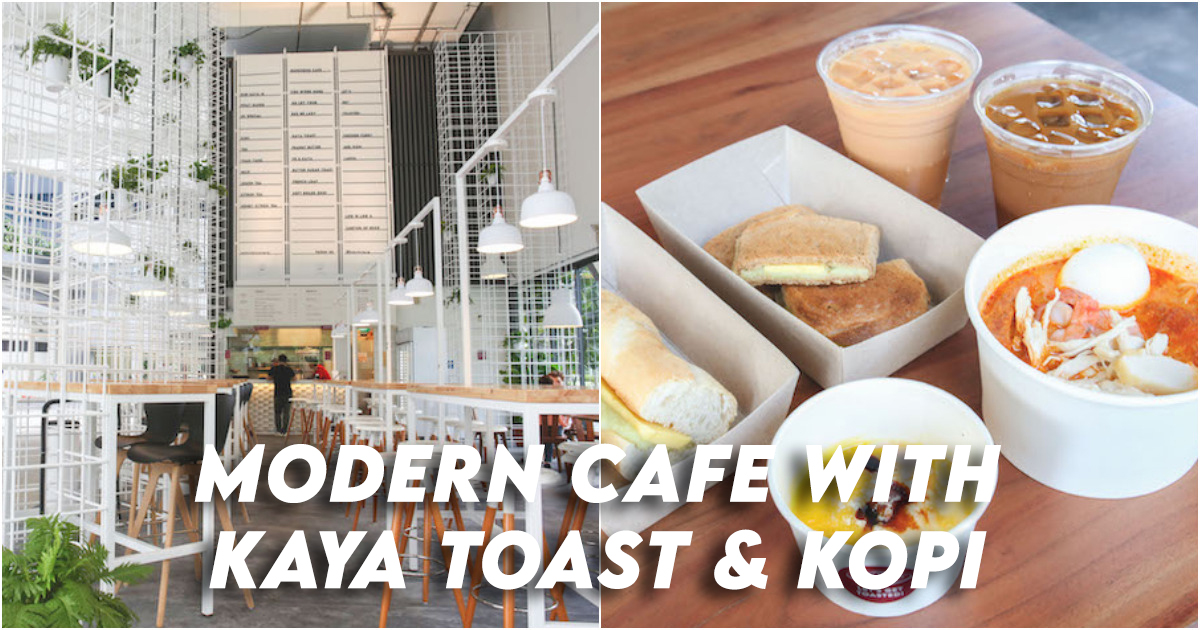 Situated in Vanguard Campus, the newest addition to the café enclave in Kallang is Banchong Café. Contrary to its mod decor which screams hipster café food, Banchong Café serves up local fare and the classic Singaporean breakfast of kopi and toast.

Going for an al fresco concept, the café was incredibly aesthetically-pleasing—white cages for walls, with plants adorning them, high ceilings and minimalist decor—definitely instagrammable according to our books. 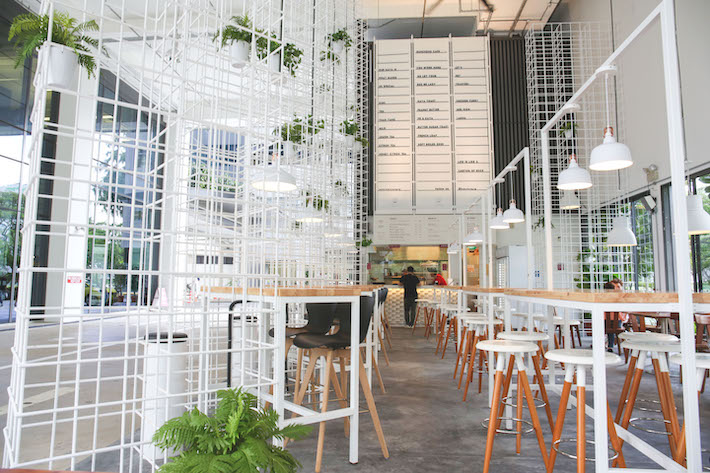 With such aesthetics, you wouldn’t expect it to have a name like Banchong Café. But the origins of the name can be found on the stone plague, bearing Banchong Industries on the wall right at the entrance. The previous occupants of the building, Banchong Industries was a corrugated cardboard box manufacturer. And as a tribute to them, the café has named themselves after them. 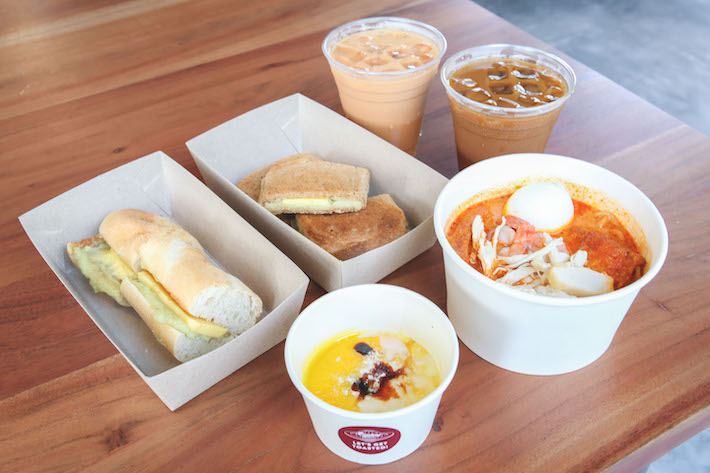 The menu was simple and featured toasts, bowls and drinks, which were all at wallet-friendly prices. The café also prides themselves on locally-sourced ingredients and their kaya is made fresh in-house daily; none of that artificial colouring or preservatives. First up was the French Loaf Kaya & Butter Set (S$4.50) which came with 2 soft-boiled eggs and a coffee or tea. Colloquially known as jiam tao loti or pointed bread, this type of bread is not usually offered when we order kaya toast.

Slightly toasted with a chewy core, the French loaf had a unique fragrance that went extremely well with the homemade kaya and huge slice of butter. Definitely a must-try when you’re here! 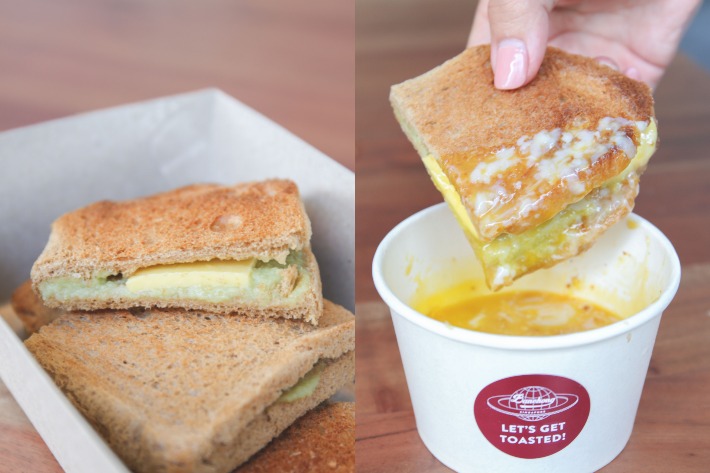 We also ordered the quintessential Kaya Toast (S$2.20). The perfectly toasted traditional bread was crisp and slathered with their homemade kaya and a thick wedge butter.

The homemade kaya from Banchong Café was an absolute delight. Light, fluffy and fragrant, it’s probably why the kaya toast here stands out from the crowd despite its simplicity. 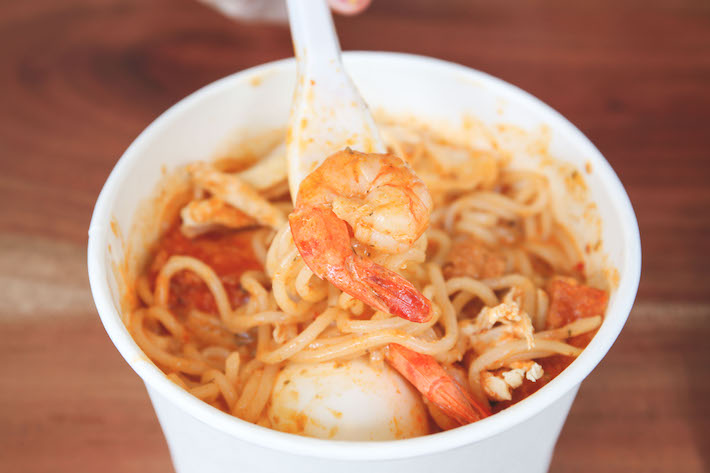 Last up was the Laksa Set (S$6.50) which includes a coffee or tea. We thoroughly enjoyed the rich and thick laksa broth made from coconut milk and dried shrimps which was surprisingly spicy. It came in a sizeable portion and saw a generous serving of ingredients such as fresh prawns, fish cake, shredded chicken breast, hard-boiled egg and tau pok. 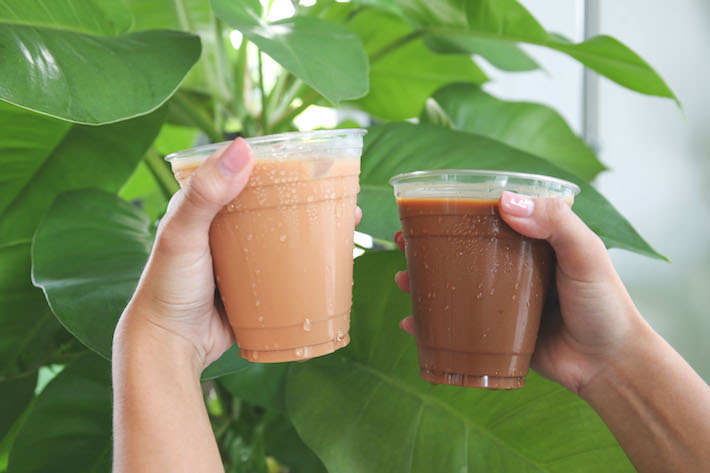 Our freshly brewed and pulled kopi was reminiscent of the traditional ones you’d get in coffee shops without the acidity. It was nutty and not overly sweet too. A good balance of tea and milk, we could tell quality tea leaves were used for the teh. 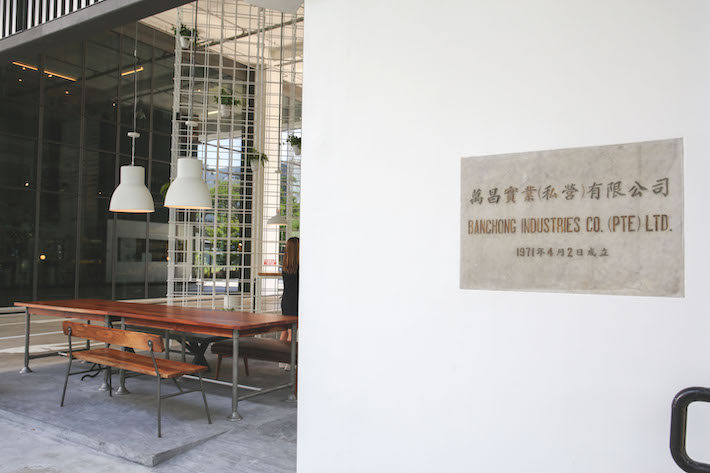 Catering mostly to the office crowd in the area, Banchong Café is a great place for local fare in a spruced up environment. And we love that they have taken it upon themselves in keeping traditions alive!