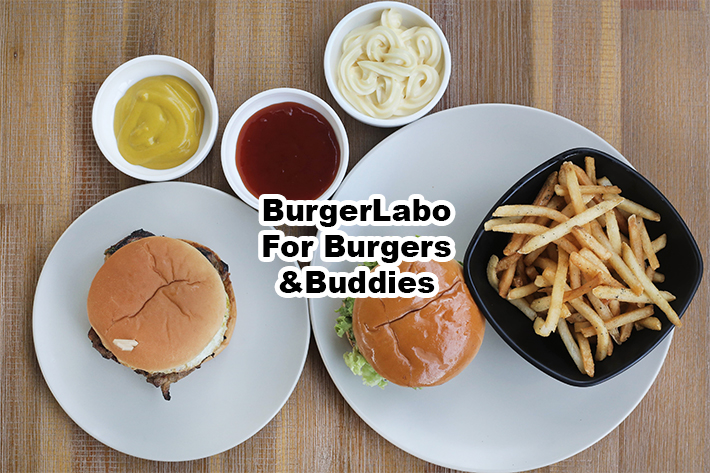 The folks behind The Naked Finn have introduced BurgerLabo which takes over the space of the now-defunt Nekkid, rebranding the small bar-and-bites eatery into a spot for gourmet burgers in Gillman Barracks.

Their new diner is conceptualised around their winning Basic Burger that is anything but basic, given that it was perfected after numerous experimentations since it was first launched in late 2015. 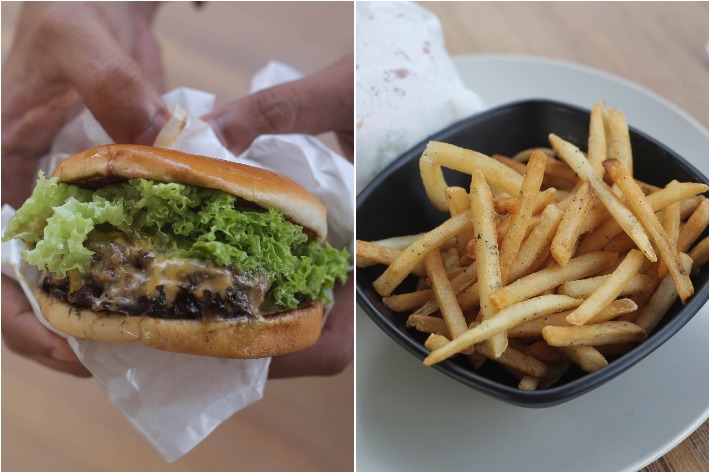 The fragrance of the truffle fries wafted up as soon as the meal was served and truth to be told, we could not stop ourselves from gobbling them up before tucking into the main item. 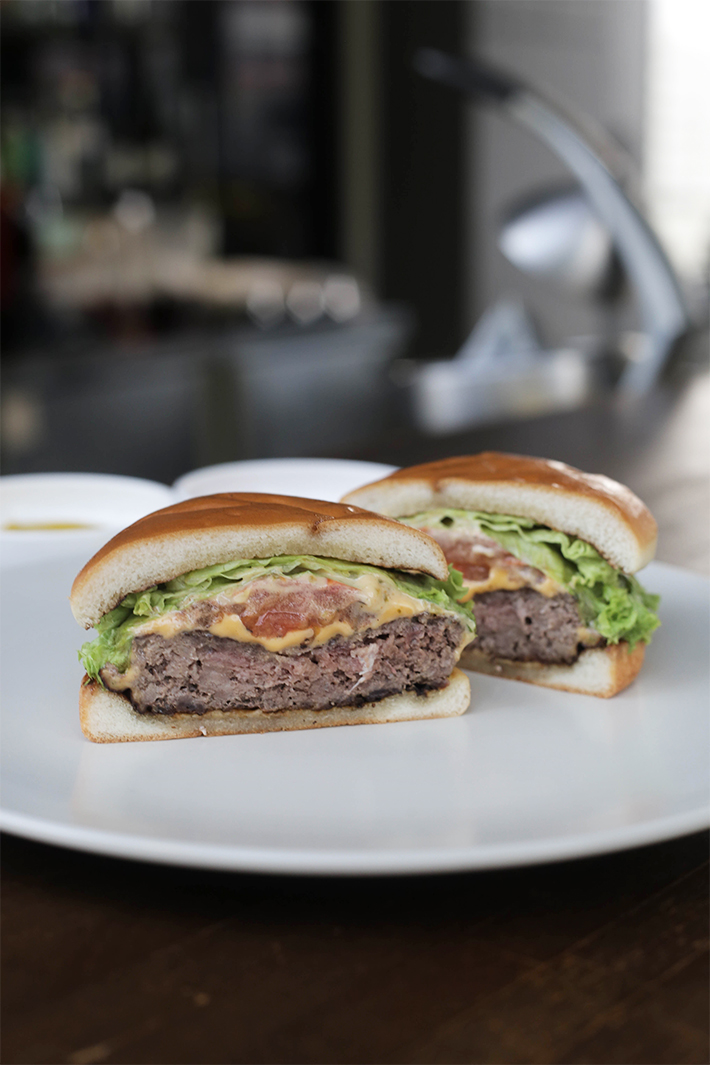 A thick 170g patty was slipped between two toasted buns that were slathered with house-made bone marrow “butter” and sauce. It was topped with grilled organic tomato, green ice lettuce, and two slices of American cheese.

The beef was made of an elaborate blend of grass-fed Black Angus beef neck, Aomori Gyu ribeye, Toriyama Umami Wagyu A4 tenderloin, and Sendai Wagyu A5 brisket.

We had our burger halved and biting into its center gave way to an explosion of flavourful juiciness as we chewed into its very tender texture. 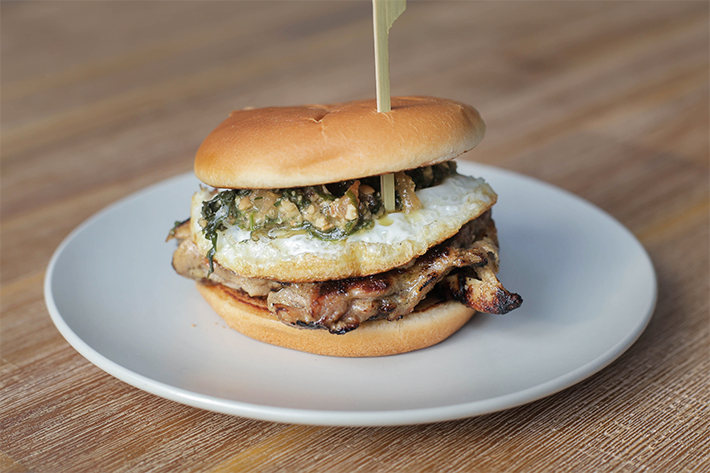 The Chicken Burger (S$20++) was a 160g GG French Poulet boneless leg marinated in yoghurt and spices and its recipe is developed by Chef Julien Royers who co-owns and is chef of modern French restaurant Odette. Although BurgerLabo usually serves their burgers in a wrapper to trap in the flavours of the ingredients, this one was not because it was topped with a free-range egg that was runny and delicate. Slicing into the burger let flow its orangey-yellow yolk and soft whites.

Though the chicken was not as juicy as the beef patty, it was tender. Its charring also gave the overall taste a slight bitterness. The house-made garlic yoghurt sauce and ‘Frenchie’ salsa in the Chicken Burger were what made it moreish without overwhelming the dish. They lifted the heaviness of the burger with a refreshing crunchiness.